Common Announces International Expansion to Canada in Partnership with Dream

NEW YORK, June 24, 2019 — Common, the nation’s leading residential brand enhancing the quality of living for members through convenience and community, today announced its first international expansion into Canada in partnership with Dream Unlimited Corp. (TSX:DRM). Dream is one of Canada’s leading real estate companies with $15 billion of assets under management in North America and Europe and a 20+ year history as a successful developer.

The 252-bed home, named Common Zibi, will be located along the Ottawa River as part of Dream’s Zibi redevelopment project in Ottawa and Gatineau, bringing new high-quality housing and addressing the increasing demand that has been driving up rents in the region.Zibi is a 34-acre master-planned community, with ambitions to become the most sustainable community in North America. The community will dedicate 7.7 acres to four parks and five public plazas that will utilize the region’s first zero-carbon district cooling and heating system.

Upon completion, Zibi is expected to be home for 5,000 residents and provide employment for 6,000 people. Dream’s Zibi project developed with partners Theia presents a perfect opportunity to bring housing to urban professionals looking to live more affordably and lighten their environmental footprint. 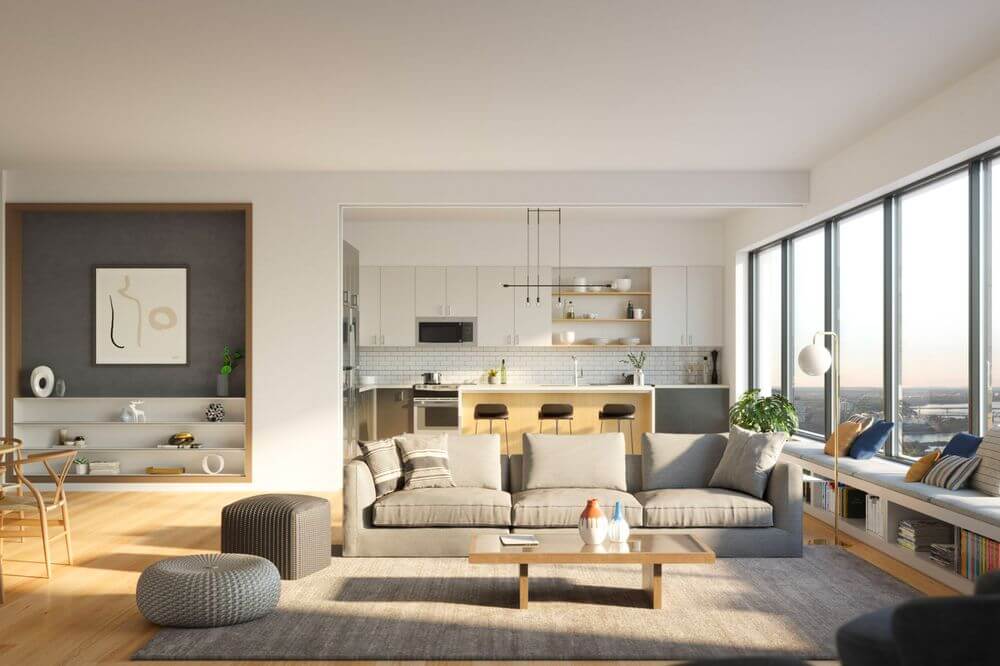 Common Zibi signals Common’s rapid expansion with its first international property. Common plans to expand to 13 US and international markets over the next three years in response to growing demand.”Cities are facing similar housing challenges throughout the world — urban populations are rising, and housing supply is not keeping up. Common’s entrance into our first city outside of the United States is a testament to not only the growing need for high-quality rental housing options, but also to Common’s ability to offer a truly unique brand of residential living that people, regardless of country, are seeking,” said Brad Hargreaves, founder and CEO of Common. “With Dream and their Zibi development, we have found a fantastic partner with a longstanding history in Canada and an unparalleled location to bring coliving to Ottawa.”

Bordering the Ottawa River, the Common Zibi community is located in the heart of the National Capital Region making it the perfect home for Common’s first Canadian expansion. Common Zibi will enjoy connections to walking and biking paths surrounded by two central transit hubs. The 24-story building would offer a mix of coliving suites as well as traditional apartments, and provide fully-furnished shared lounges and large, shared kitchens, community rooms, in-unit laundry, roof deck, parking spaces, and a gym that includes yoga room and many other amenities.

Rents would start at approximately $1,225/month for a bedroom in a coliving suite, which is 31 percent less than a market rate one-bedroom in the area. Rents for traditional residential units will start at around $2,065/month. The development is scheduled to open in 2022 and will also include ground-floor local retail. 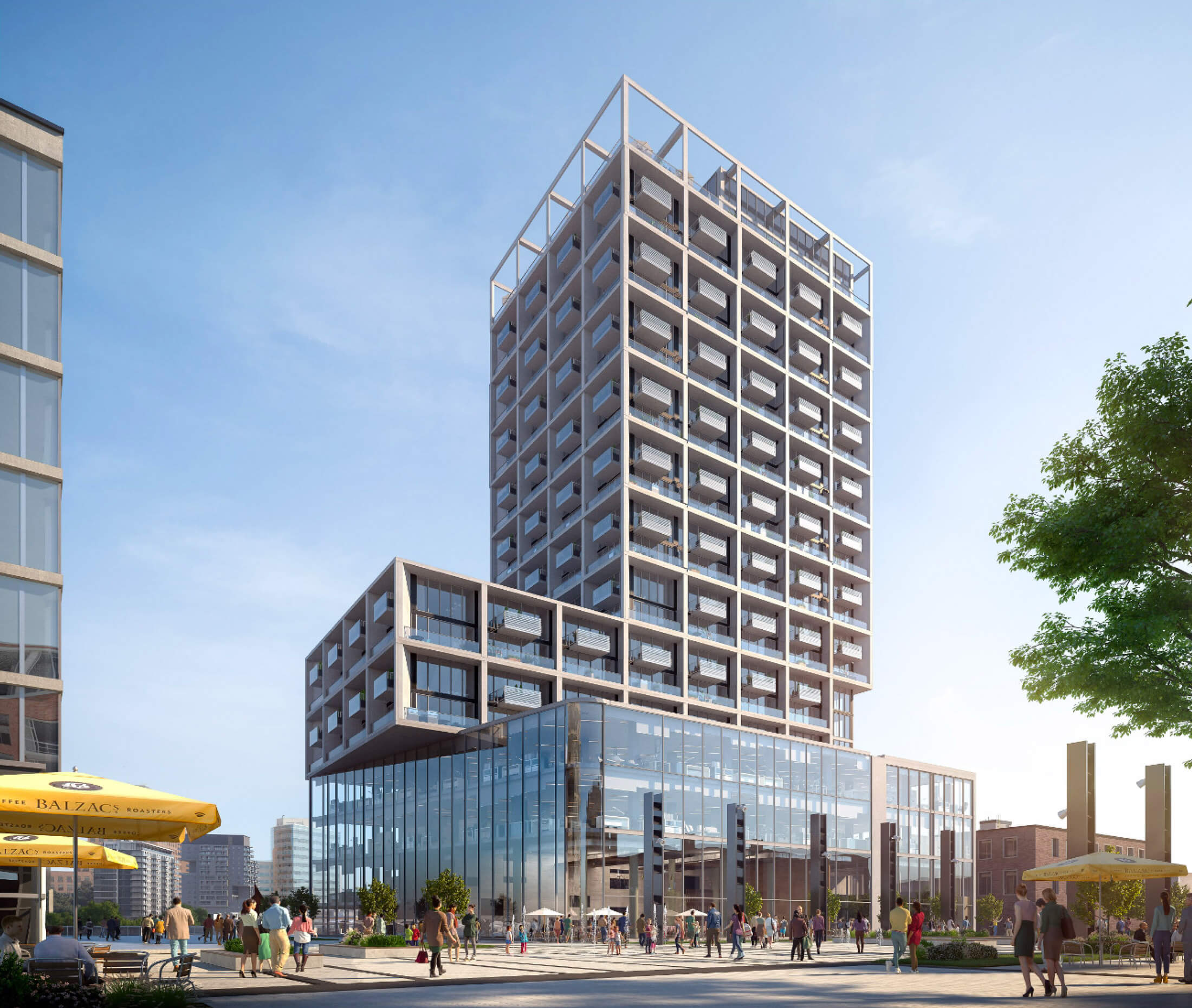 “Throughout Canada affordability is one of the biggest issues, and Dream has consistently developed properties to provide residents with affordable alternatives. Common is a great way for people to be able to live affordably in the centre of the most urban cities and neighbourhoods in homes that are fun and exciting,” said Michael Cooper, President and Chief Responsible Officer of Dream. “Dream is also creating innovative affordable housing in downtown Toronto at the West Don Lands development. We hope to grow with Common in many of our communities.”Common opened its first coliving home in New York City in 2015, and has since grown to serve more than 800 members across 27 buildings in six U.S. markets, meeting their high consumer demand of over 3,000 nationwide applications per week. Common has recently announced a $300 million national expansion into four new cities, including Philadelphia, Atlanta, San Diego and Pittsburgh, with additional expansions already planned into Miami, New Orleans and Newark. Beyond Ottawa, Common also is negotiating a pipeline of over 500 bedrooms in Toronto.

Dream’s expertise in urban revitalization and innovation is well established. Dream has developed or is currently developing some of Toronto’s most iconic neighbourhoods. Some notable examples include the Historic Distillery District the 2015 Pan/Parapan American Games Athletes’ Village, which has now been transformed into the award-winning mixed-use Canary District, and the West Don Lands 1,500 purpose-built rental unit community where 30% of the units will satisfy the Province’s affordability requirement. The depth of Dream experience and successful track record has led to their reputation as one of Canada’s leading developers.

Common’s signature approach to end-to-end property management and technology allows the operator to deliver unparalleled experiences for residents looking for a stress-free, community-focused, and all-inclusive living. Rent at Common homes are all-inclusive of utilities, high-speed wi-fi, beautifully designed and furnished apartments, weekly cleanings of shared spaces, shared supplies, and hospitality-grade amenities. Everything from applying, paying rent, contacting staff, and planning events with neighbors can be done seamlessly online through their purpose-built technologies.

You can read more about Common Zibi on The Globe and Mail or Bloomberg.