Within the next three years, Common will be introducing coliving to Philly, Miami, Atlanta, San Diego, and Denver. But those five cities aren’t the only ones our Real Estate Directors have their eyes on. Read in their own words why they’re excited about opportunities in these following cities. 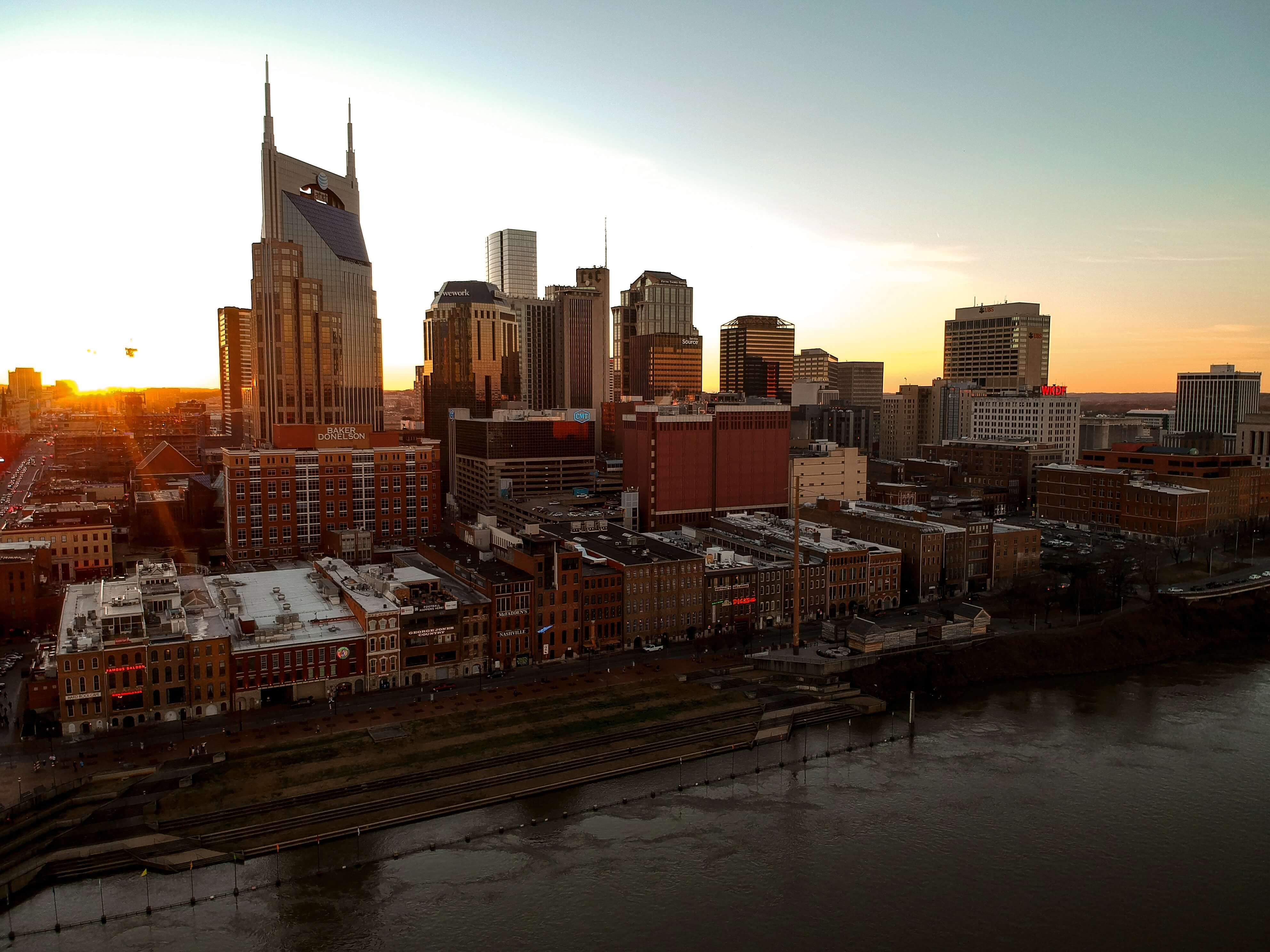 Nashville is one of the most exciting growth markets in the country we’re excited about expanding to! Aside from being the country music capital of the world and Music City USA — home to the Grand Ole Opry, Country Music Hall of Fame, and the famous Broadway Honkey Tonks, Nashville offers so much in terms of quality of life, jobs, culture, sports, food, and fun.

The food in Nashville is incredible. From classics like Arnold’s Country Kitchen and Prince’s Hot Chicken Shack to new spots such as Peninsula and Marsh House, we suggest you come hungry! Nashville’s sports teams have been on fire lately as well — from the NHL’s Predator’s to the Tennessee Titans — there’s a lively atmosphere in this town every single night of the week.

Recent employers to open up shop in Nashville include Amazon, AllianceBernstein, EY and SmileDirectClub — eventually bringing more than 10,000 brand new jobs to the city. Not to mention new outposts for Apple Music, a brand new SoHo House and other hip spots, boutiques, bakeries, and maker spaces — Nashville seems to be the place to be creative, work and hang out.

Nashville boats amazing colleges and universities as well such as Vanderbilt — so the local talent pool is immense. Recent graduates are choosing to stay in the city and employers continue to move here and expand making it a win-win all around. There’s a youthful, smart and ambitious tailwind in town which doesn’t seem to be slowing anytime soon.

Nashville has a small town country vibe with a big city attitude. This American city is on the rise. From fashion to food and music, we see Nashville rocking for a long time to come so stay tuned for more! 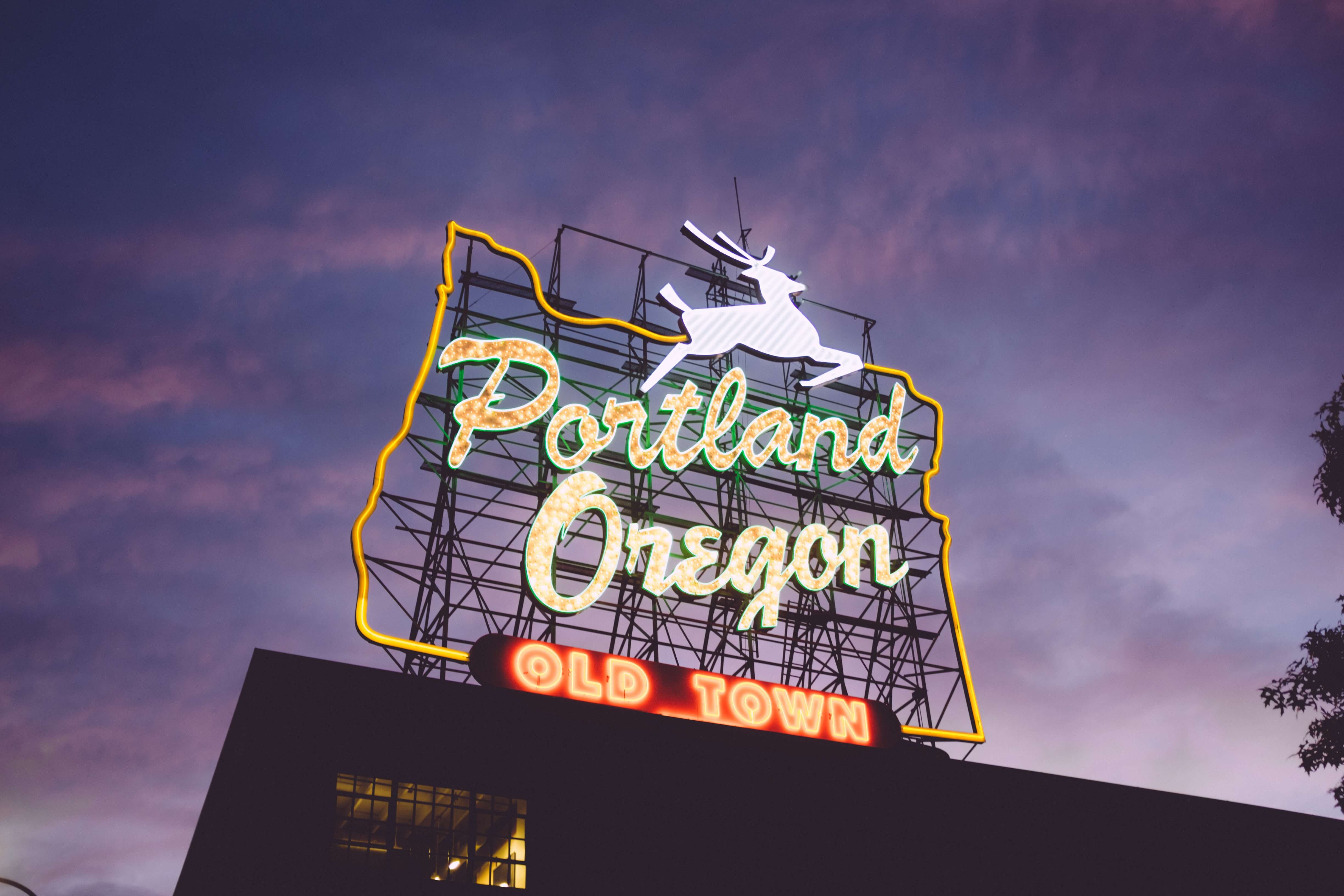 Portland is a great city for young professionals. Often dubbed as “Silicon Forest,” Portland boasts a robust tech industry. Companies such as Intel, Google, Oracle, and newcomers such as Salesforce have attracted young professionals to the city. Not to mention, some of the world’s most recognized brands — Nike and Columbia Sportswear — have headquarters in Portland and are some of Portland’s largest employers.

The city has the largest parks (within city limits) in the country, so there will always be a beautiful hike to go on, acres of woodlands to run in, and incredible outlooks to visit. Pittock Mansion, Forest Park, Tyron Creek, the Gorge, and Multnomah Falls are just a few to choose from. The thick canopy of trees will keep you dry!

Portland is also the perfect place for coffee addicts and craft beer fiends. Ever since the introduction of “Third Wave” coffee, Portland has established a bustling coffee culture with tons of local micro-roasters. The city is sometimes even referred to as the “new coffee capital.” Find some of the best artisan coffee at Upper Left Roasters, Never Coffee, Oui Presse, and Coava.

Portland has a staggering total of 70 microbreweries in town. There are so many to choose from, but make sure to check out Culmination Brewing in Kerns! In addition to their lineup of rotating IPAs and adventurous beers, Culmination hosts popular community events such as the “Coffee, Beer, and Donuts Festival” and collaboration parties with other microbreweries — something our members will love.

There’s something for everyone in Portland — Powell’s City of Books, Washington Park, Japanese Garden, Oregon Museum of Science and Industry, Oregon Zoo — so we’re excited about the opportunity to build our Portland pipeline! 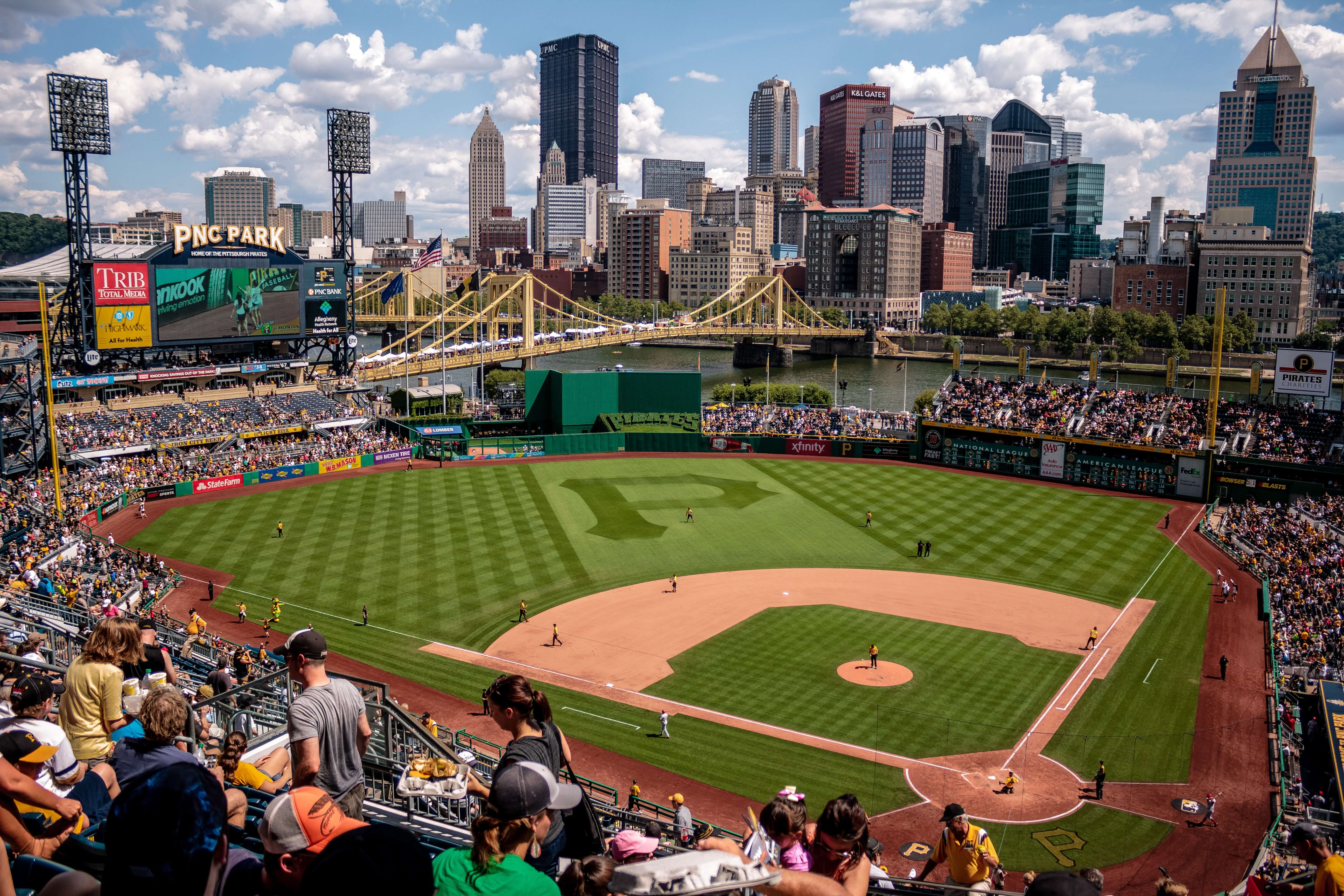 Once a booming industrial steel city, Pittsburgh now has a very different economic and social landscape. The city’s unique combination of a rapidly expanding tech sector, a flourishing arts and food scene, and low cost of living makes it the perfect type of city that Common members will love.

The presence of big tech players such as Google, Apple, IBM, and Facebook as well as several fortune 500 companies — Kreft-Heinz, WESCO International, PNC Financial — are indicative of Pittsburgh’s expanding technology, healthcare, medicine, and education sectors. It’s no secret that the many universities in Pittsburgh are turning out the nations top tech talent, and Common will be there to offer them a beautiful home.

You’ll find an assortment of social scenes in the city of bridges. From the walkable Golden Triangle and lively Uptown to trendy Lawrenceville and foodie Mt. Washington, neighborhoods in Pittsburgh welcome a wide range of personalities, interests, and demographics. Downtown features beautiful historic architecture, a thriving nightlife, and three sports venues. Plus, the Carnegie Museums of Pittsburgh offers four different museums to satisfy any art cravings

Speaking of sports venues, Pittsburgh takes their sporting events very seriously. Celebrate NFL Sundays cheering for the Steelers who boast a loyal following and history of winning. The seven-time World Series champs Pirates play at PNC Park on the north side of town, but if you prefer hockey, the Pittsburgh Penguins will be your team. You can enjoy the camaraderie and cheer with other fans, food, and booze at McFadden’s, a hometown favorite centrally located between the football and baseball stadiums. 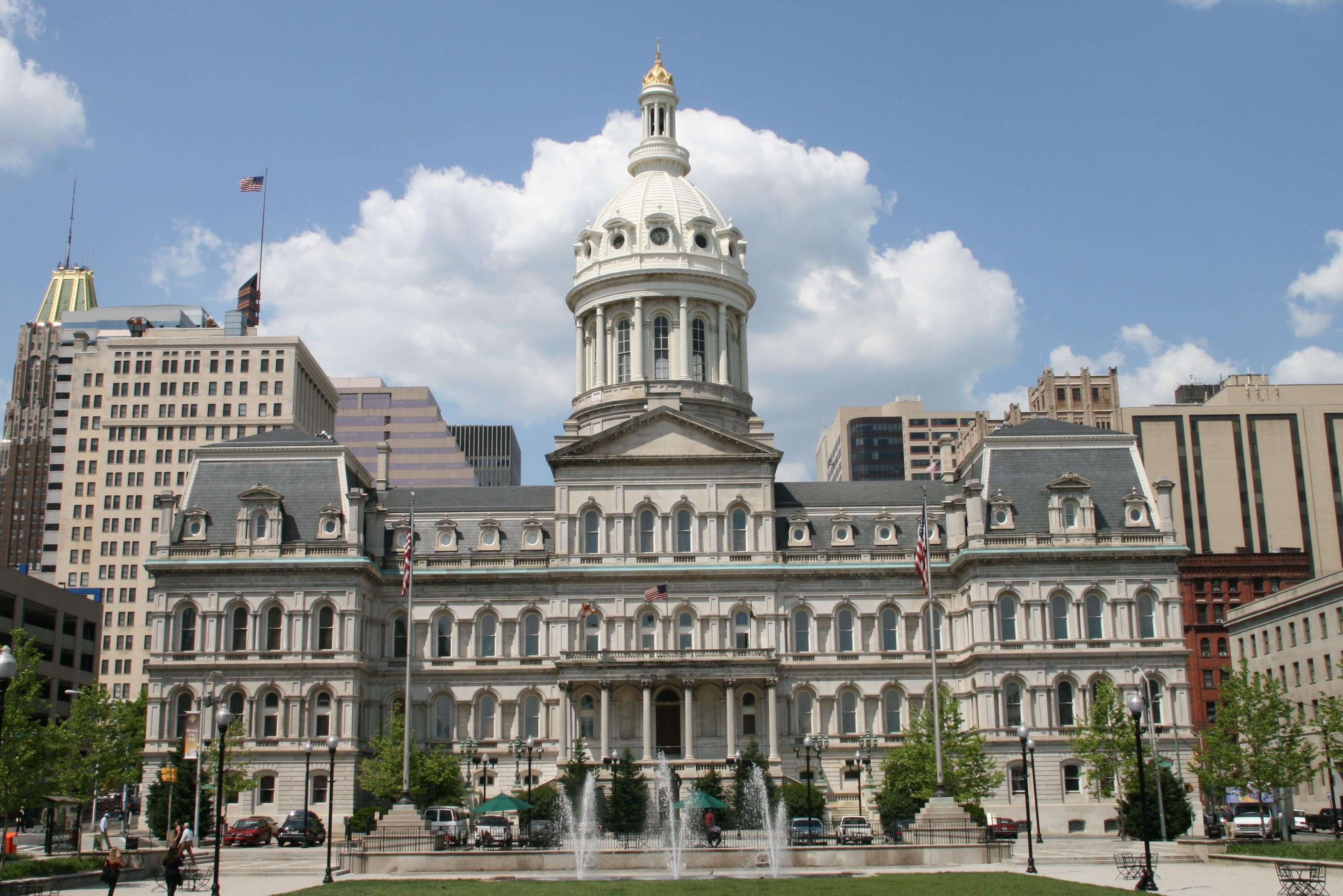 Home to 13 colleges and universities, Baltimore has one of the largest increases in young college graduates in the country (an increase of 92 percent in some core urban neighborhoods). The rich and vibrant city boasts institutions like Johns Hopkins University, MICA, University of Maryland, research labs like the Applied Physics Lab, and various government agencies that offer the prospect of a long term and stable career for young millennials.

On top of that, Baltimore is undergoing major revitalization. The global apparel company, Under Armour, is headquartered in Baltimore and is committed to a $5.5B project to revitalize Port Covington (one of the largest urban renewal projects in the US).

Ten years after the last downturn, the Charm City is finally having its moment to shine, and we’re excited about those prospects.

There are 💯 s of rooftop bars and restaurants in NYC, but the roof deck at Common Grand definitely has the best view (and the cheapest drinks.) 🥂