From bowling alley to coliving home, the history of Common Putnam

Common Putnam, a Historic District Building, was constructed in 1909 and previously associated with “Stierville.” Stierville refers to an area of Ridgewood, Queens — northwest of Myrtle Avenue and Fresh Pond Road — where Paul Stier, a German immigrant, built more than 750 multi-family homes in the early 20th century.Paul Stier emigrated to New York in 1891 at the age of 17 and constructed his first home in Ridgewood in 1902. For the next seven years, he continued to build rows of one and two-family brick houses in the Queens neighborhood. In 1909, Stier became one of the founding members of the Ridgewood National Bank, and with the help of the Bank’s president Louis Berger and developer August Bauer, created Bauer and Stier Inc. Together, they built over 2000 multi-family residential houses in Ridgewood. His involvement in several major Ridgewood establishments made him a prominent and well-liked figure in the community. Stier was later even elected County Sheriff of Queens.

Reads: ”Stier Popular in Ridgewood: Worked Up from Ranks”Despite his success and contributions to Ridgewood, Paul Stier was tragically shot and killed by a Whitestone native who was wanted in contempt of court. Two days after his death, the 200 employees of Bauer and Stier congregated at Stier’s home on 6 Islington Pl. (now 69th Avenue), where he was waked, to offer their condolences. Stier was laid to rest at Lutheran (later All Faiths) Cemetery in Middle Village.

To “Henry’s Bar and Grill”

The building’s Certificate of Occupancy from 1944 shows that the first floor of what is now Common Putnam was once a restaurant and cabaret that could accommodate 72 people. The establishment, Henry’s Bar and Grill, also had a bowling alley in the basement, as suggested by a job listing in a 1946 print of The Brooklyn Daily Eagle. 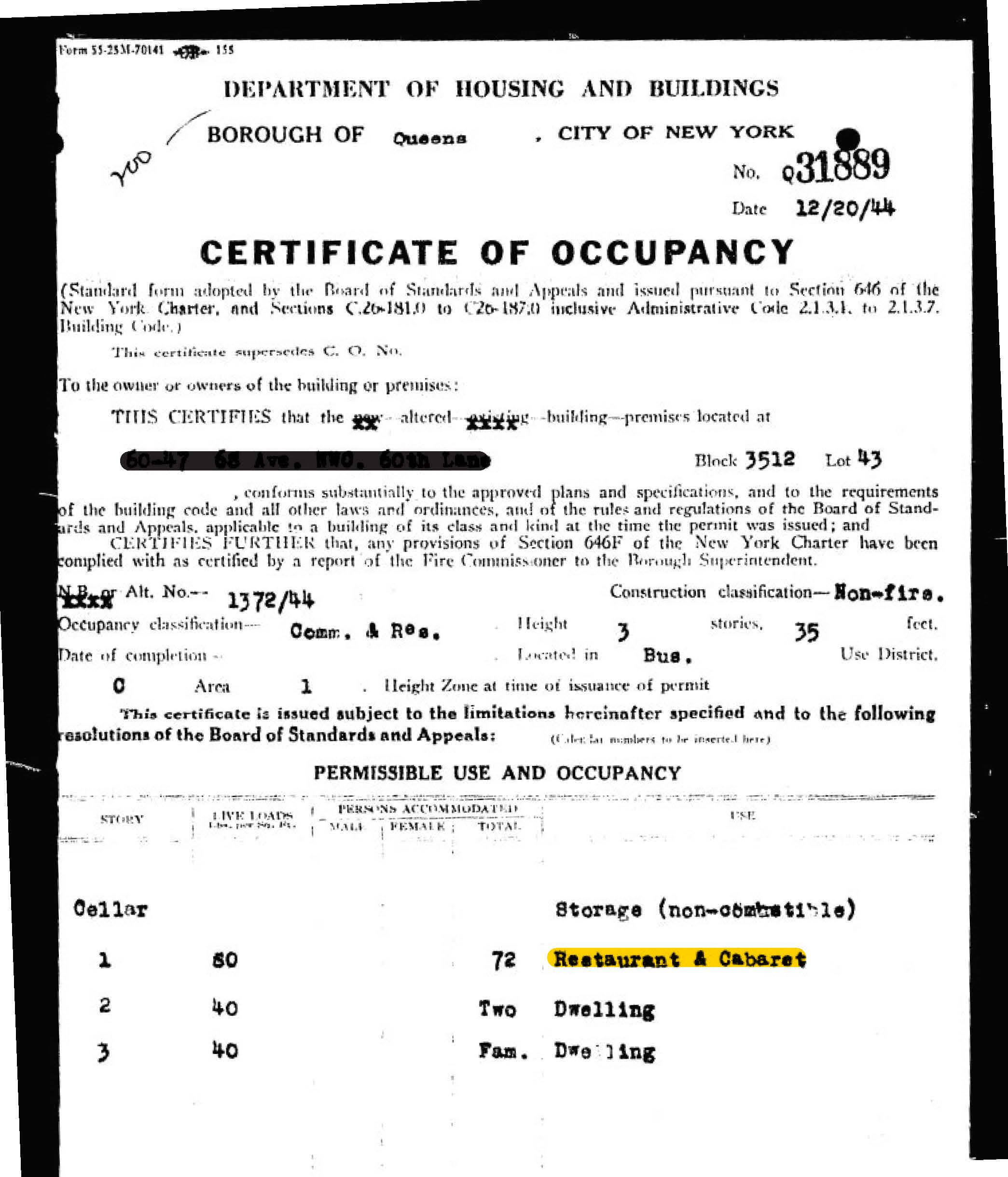 A job listing from The Brooklyn Daily Eagle from September 16, 1945

To an artist’s canvas

In 2017, ownership of the home was transferred to Cycamore, a Brooklyn-based real estate company that focuses on “curating creative communities.” Before reconstructing its buildings, Cycamore — in partnership with Deli Grocery, a local, contemporary art gallery — offers up their Brooklyn properties for artist residencies in which local artists can work and curate an exhibition in the space. The artist in residence for Common Putnam was Paul Cooley (@thanksnyc). In one month, he transformed the space into multiple installations, including  “I’m blue,” “Living in the moment,” and various collaborative walls. 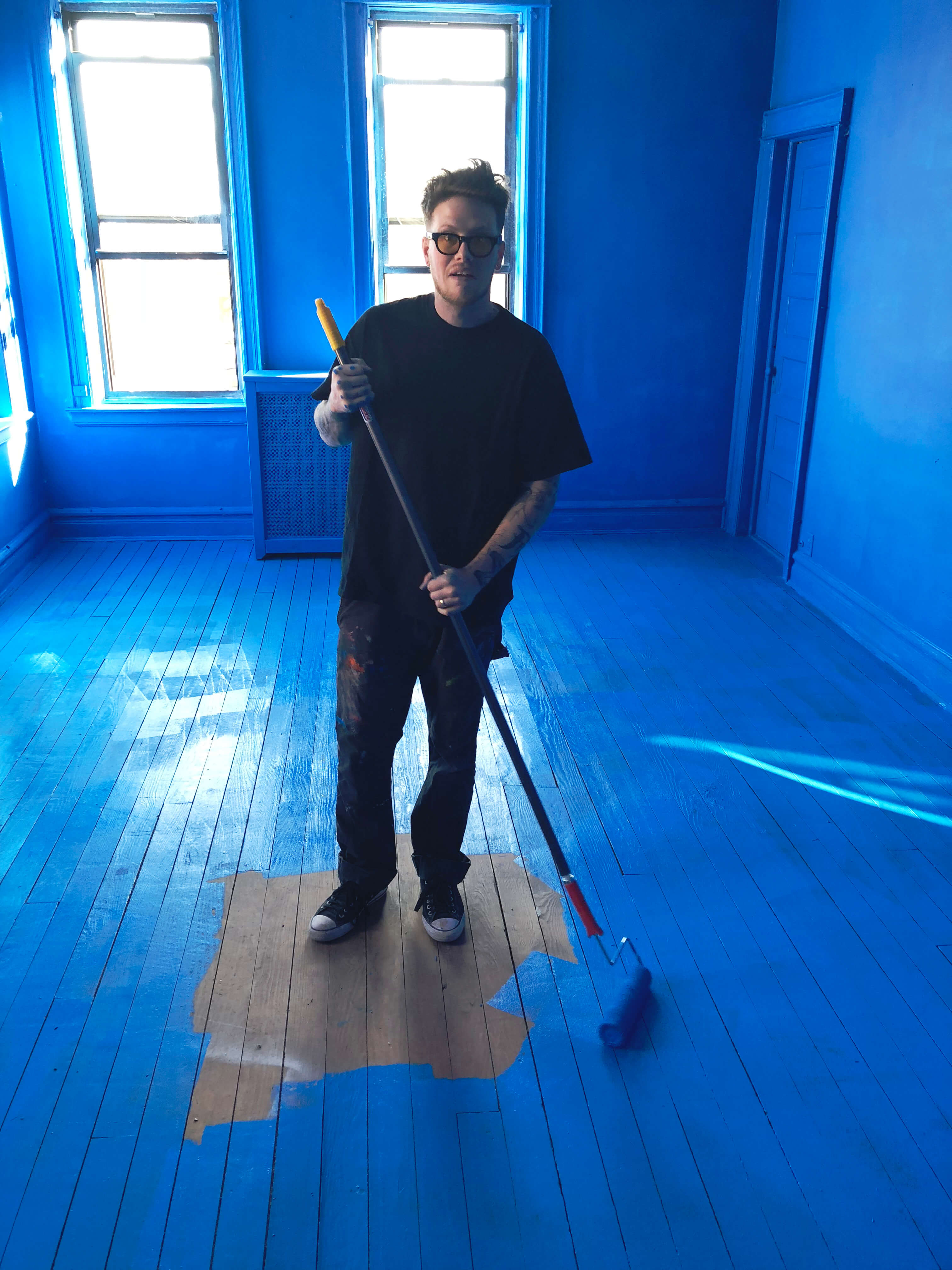 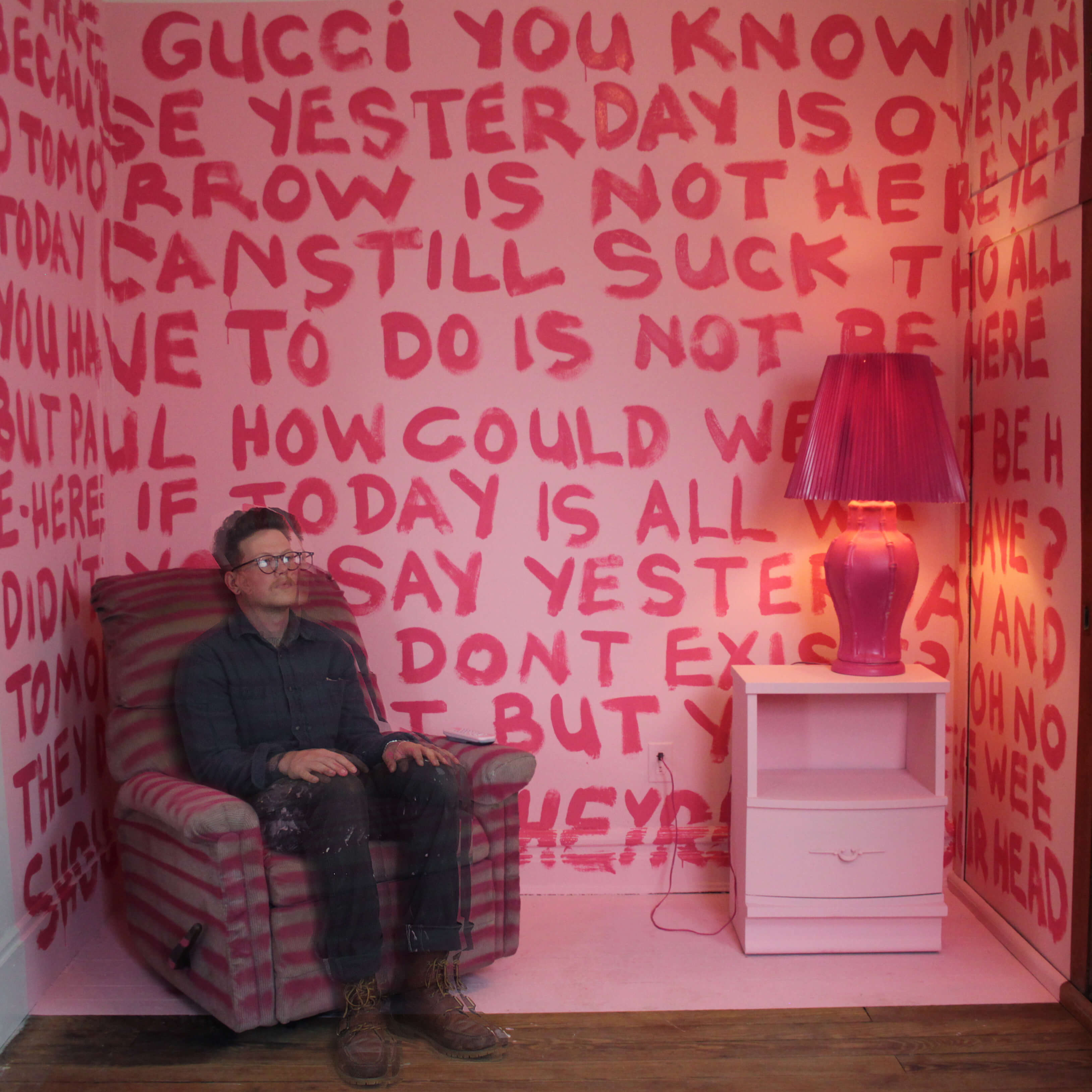 And now, designed for coliving

Now in 2019, Common Putnam is newly renovated and specifically designed for coliving. Common’s Senior Architectural Designer Thien Nguyen believes Common Putnam, with all its history and character, is close to a “perfect home.”

In every suite at Common Putnam, there are two to three bathrooms, which means bathrooms will be shared between one or two people. The kitchen is big enough for multiple chefs, the free in-unit washer and dryer are shared among an average of four people, and everyone gets a large closet. Not to mention, the community space in the basement is large and, fully equipped with a wet bar, bike rack, and powder room. 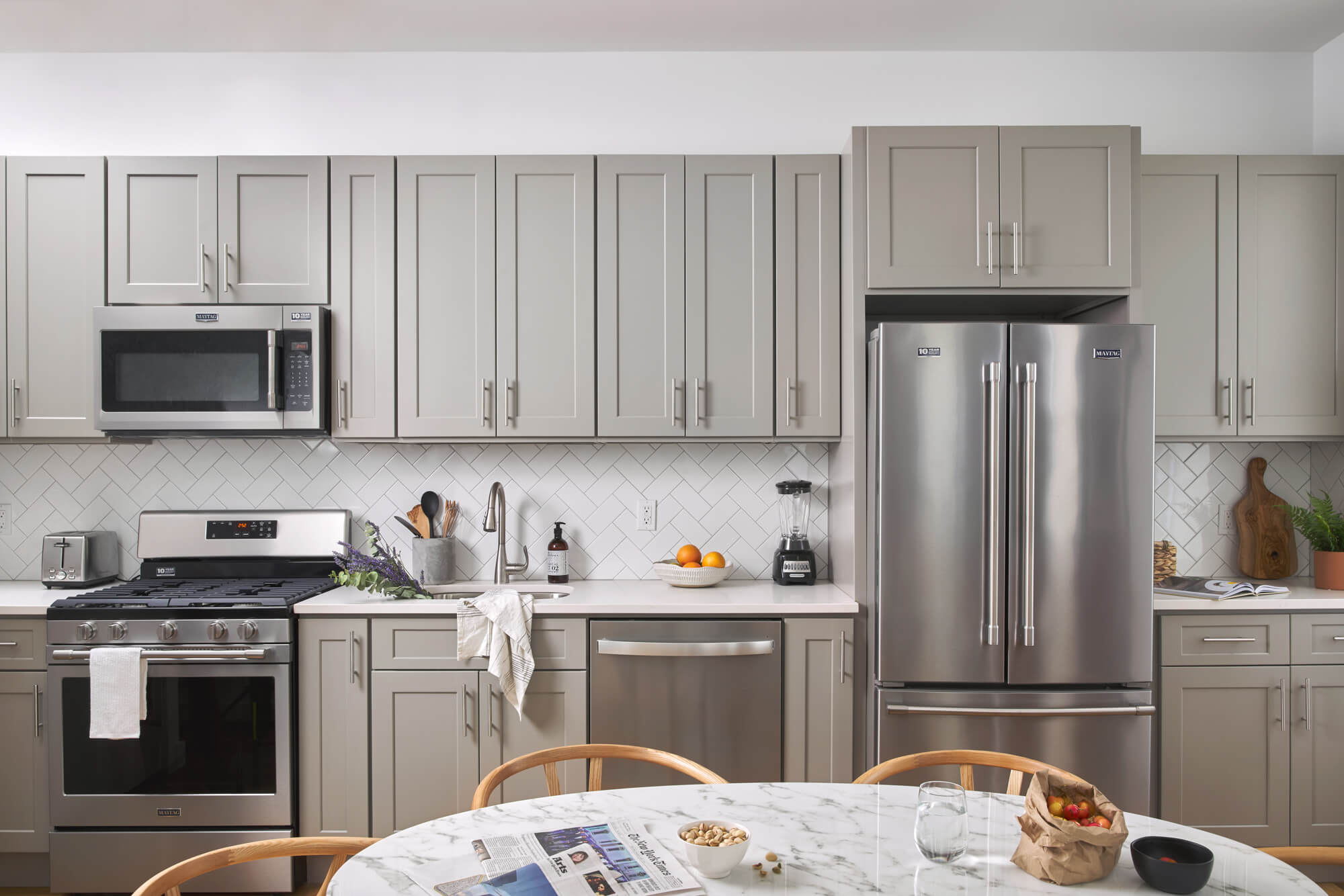 Common Putnam also features some spatial and thoughtful design details that can’t be found in the usual New York City apartments. “We kept the original staircase, made the ceilings extremely high, and assured the home got tons of natural light,” Thien said, “Personally, my favorite detail has to be the skylight on the third floor.” Even the exterior has a handsome facade and a decorative cornice, while still upholding the casual character of the neighborhood. In various parts of the home, you can find exposed brick as well as modern, contemporary finishes. 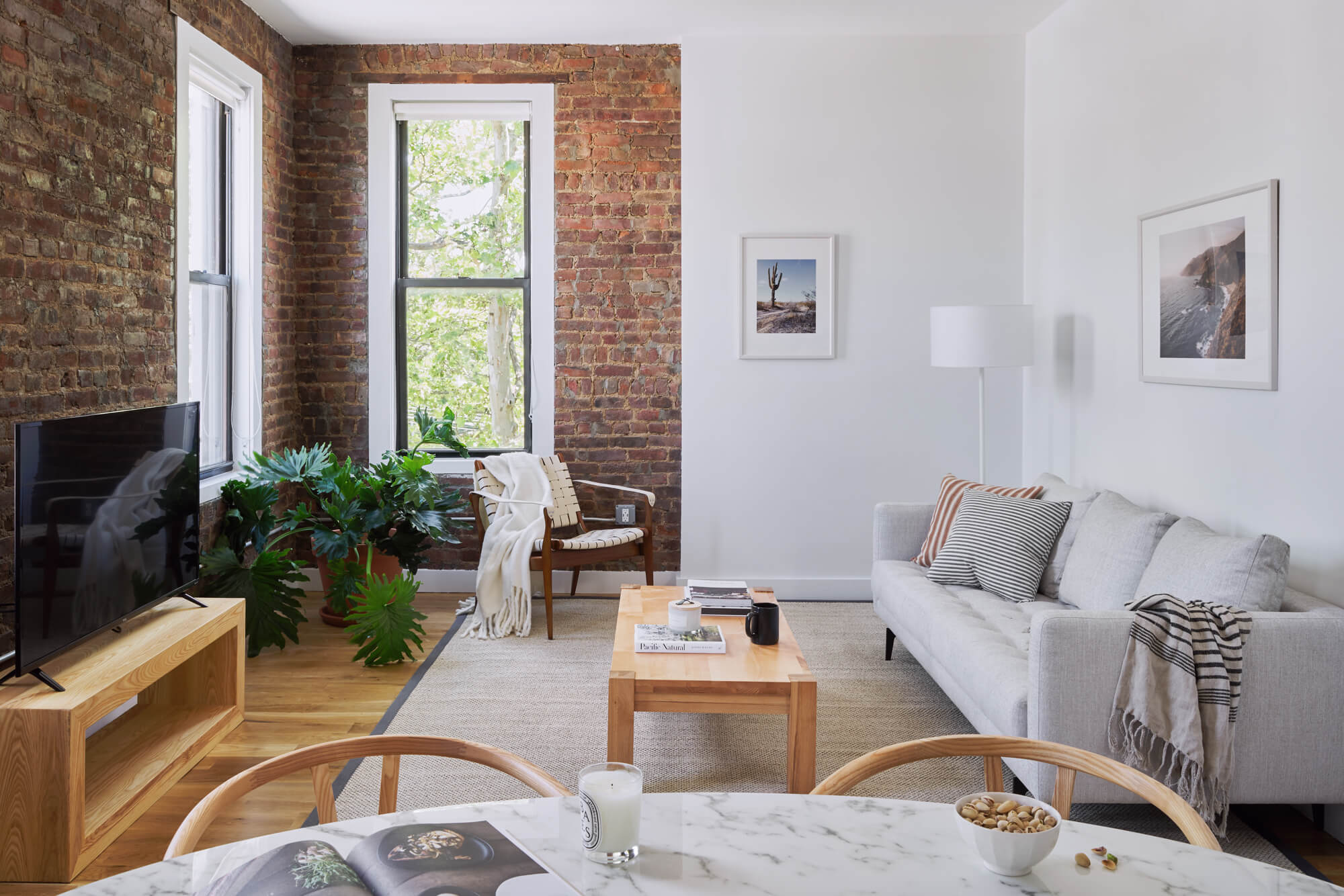 Common Putnam offers an intimate living opportunity. Not only is the home located in Residential Ridgewood, along with three other Common homes, but Common Putnam houses less than 20 Common members, which automatically creates a tight-knit community. “Because Common Putnam is on the smaller side (member-wise), the units themselves offer a ton of possibilities,” adds Thien, “you can find as much privacy and community as you want.” 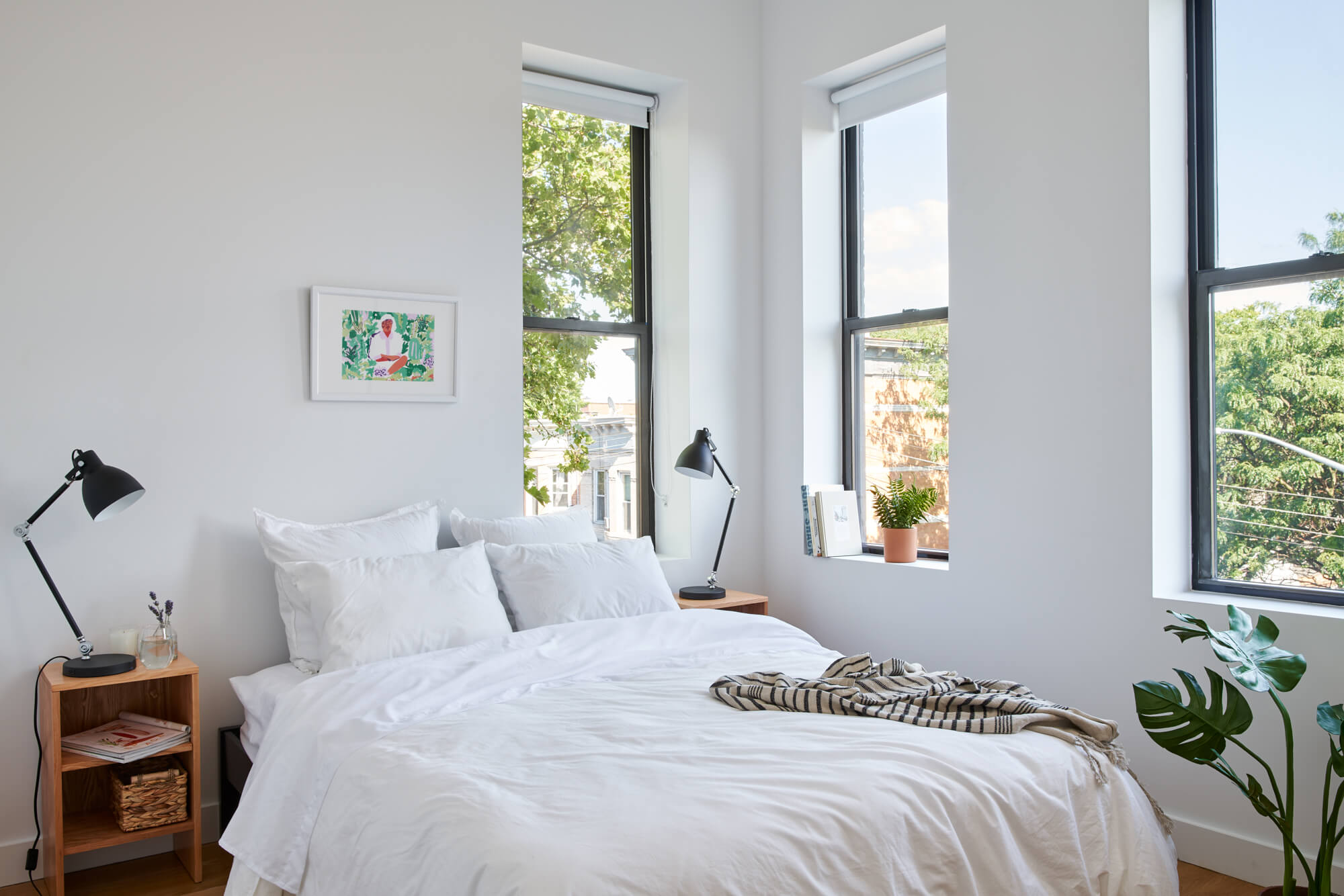 Here’s a student’s guide to L.A.’s Westside: one of the country’s lesser-known college towns!