New to Seattle? Check out these absurdly beautiful public parks

The Pacific Northwest is known for beautiful coastlines, majestic mountain ranges, and lush, soaring evergreen forests. Even while Seattle has undergone rapid development and population growth over the last decade – making affordable Seattle housing hard to find – the city has preserved the incredible public parks that showcase the region’s natural beauty and offer a respite from big-city bustle. The city consistently ranks among the top in the country for best park systems, especially for accessibility and per capita investment. In fact, 96% of Seattleites can walk to a city park in 10 minutes or less, according to the Trust for Public Land. Depending on how you count, there are around 500 public parks in Seattle, representing about 13% of its total land.Here are some of the top Seattle green parks that you shouldn’t miss: 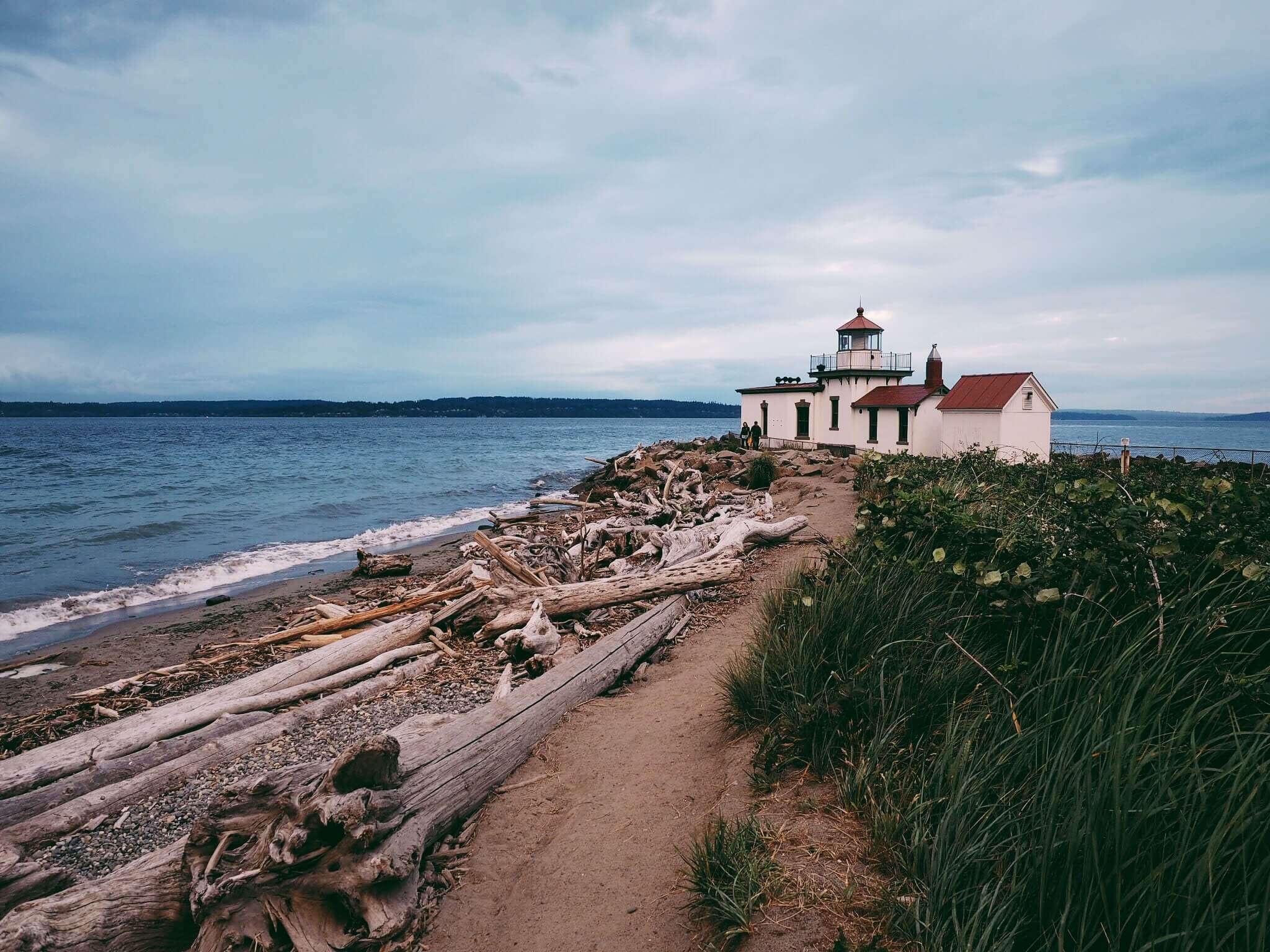 “Breathtaking majesty.” That’s how the city of Seattle’s Parks and Rec Department describes the setting of its largest park – and it’s not an overstatement. This former military installation perched on a bluff offers sweeping views of Puget Sound and the Cascade and Olympic mountain ranges. The largest green space in a city with lots of it spans 534 acres and many landscapes within it: forests and beaches, sand dunes and meadows. It’s wild enough to occasionally attract cougars (which are then trapped and relocated), and to support a diverse bird community, as well as substantial hiking trails for humans. Other built features include a historic lighthouse and an environmental learning center. The park is maintained in a semi-natural condition with three uses in mind: educational and recreational opportunities for humans, and as a sanctuary for wildlife. Paddlers should check out a sliver of shoreline accessible only by boat near the West Point Lighthouse.

Seward Park is a major refuge of green space for city dwellers, comprising all 300 acres of Bailey Peninsula, which extends into Lake Washington. The park features the largest remaining conifer forest within city limits, including significant patches of old-growth trees. Among Seward Park’s many other attractive features are a 2.4-mile walking and cycling path, swimming beaches, boat launches, an amphitheater, art studio, and a native plant garden. There is also an Audubon Center for bird lovers, and eagles are known to nest here. 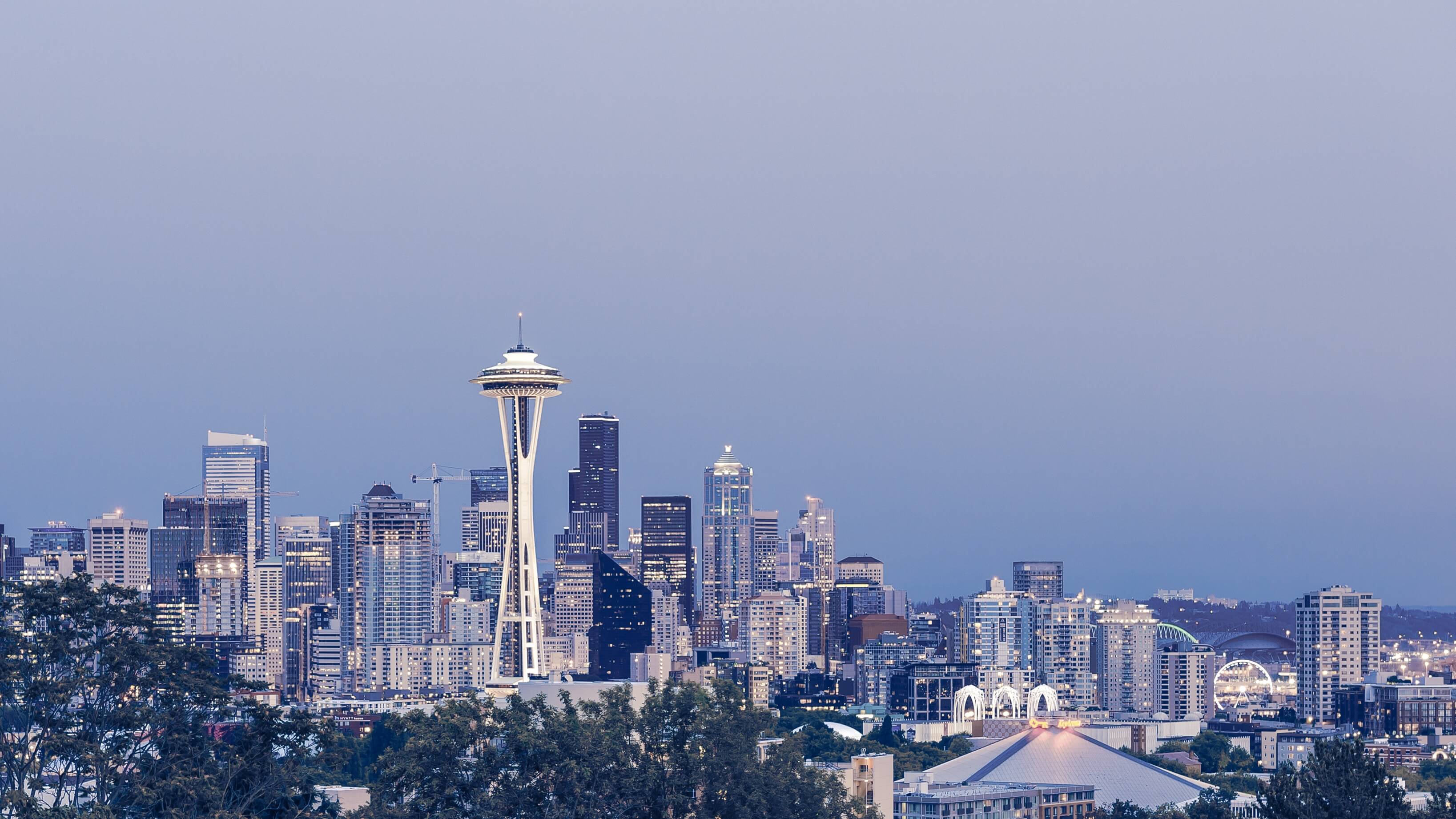 Visitors to Kerry Park tend to commune less with nature and more with their Instagram followers – but it’s understandable, given the incredible views here. It’s one of the perfect parks for memorable photos with dramatic skyline views of the Space Needle and the rest of the Central City, backed by Elliot Bay. On special occasions, Mt. Rainier makes an appearance, easily putting the urban grandeur of the human-built skyline in its humble place beside the even grander designs of nature. Sunset is a popular time for photography here, and fashion shoots and weddings can be spotted regularly. Go at dawn for a quieter moment to contemplate the view.

Visit this arboretum on the shore of Lake Washington in early spring to appreciate its signature feature in top form. Azalea Way, designed by the renowned landscape architects the Olmsted Brothers, features thousands of flowering trees and shrubs along a ¾-mile walkway. There are plenty of other thematic gardens to explore as well across the arboretum’s 230 acres, including woodland, rhododendron, and winter gardens. The arboretum is jointly managed by the University of Washington Botanic Gardens and the City of Seattle and is free and open to the public between dawn and dusk. The exception is the spectacular Japanese Garden, which charges an entrance fee and is open from early March through November. The admission charge is well worth it – the formal gardens are considered some of the best of their kind outside of Japan. 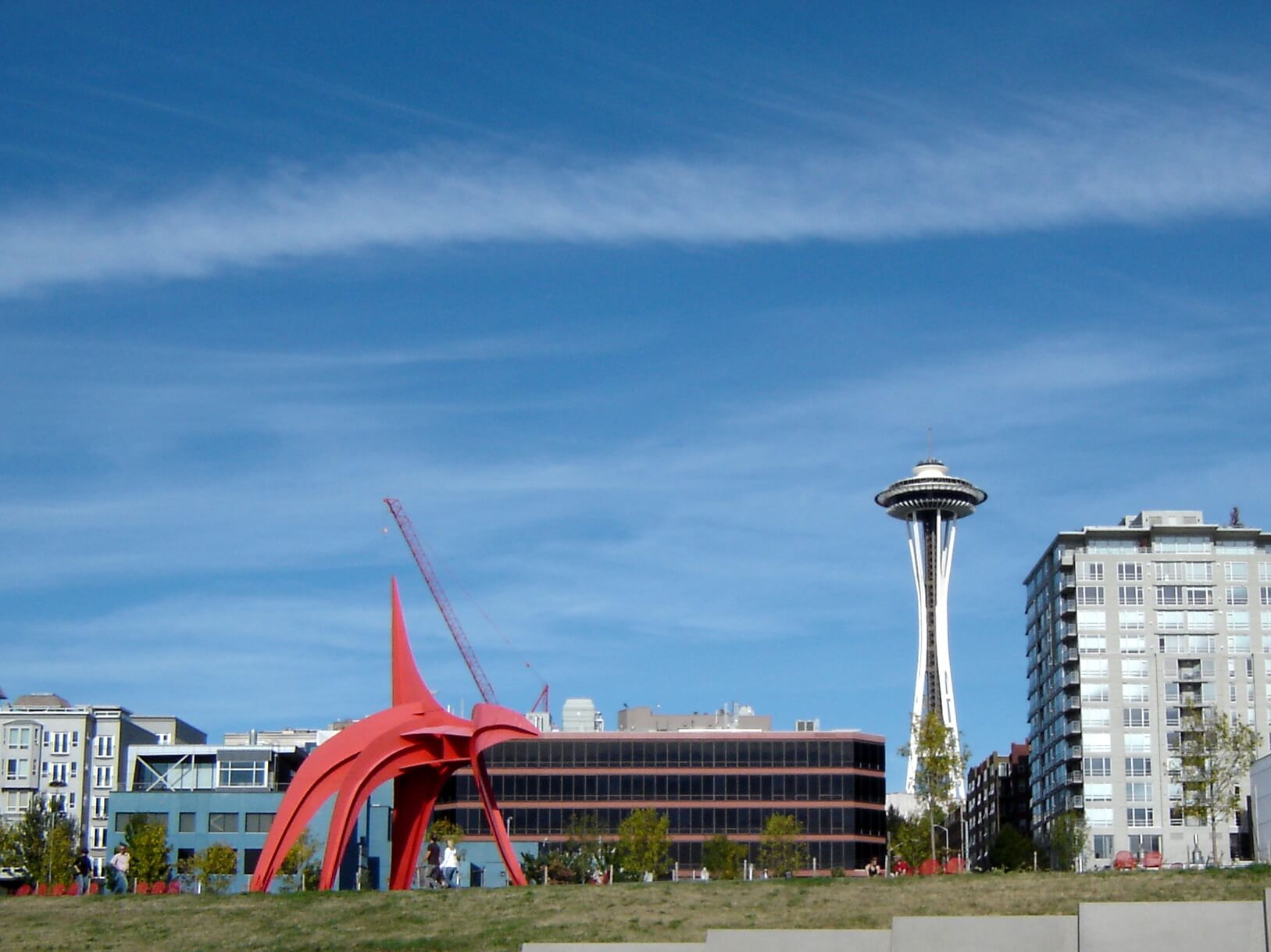 A recent creation of the Seattle Art Museum, Olympic Sculpture Park opened in 2007 to widespread acclaim. It features both permanent and rotating installations of large-scale, world-class artwork on nine acres of the city waterfront, and a rare slice of green space in downtown Seattle. Some of the lauded artists represented here include Mark di Suvero, Ellsworth Kelly, Alexander Calder, Louise Nevelson, and Richard Serra. The park is free and open to the public. Check out guided tours through the nearby museum to learn more about the sculpture here. It’s the perfect way to spend an afternoon alone – or perhaps make some new friends.

Schmitz Preserve Park in West Seattle is a hidden gem teeming with lush vegetation and fewer visitors than it deserves. Head here for a quick but vigorous hike and complete immersion in nature without leaving the city. You’ll be quickly swallowed up by a deep ravine filled with stunning old-growth forest and a burbling stream to boot, all within a compact 53 acres. Hiking trails are relatively short at 1.7 miles but steep enough to get your blood pumping. 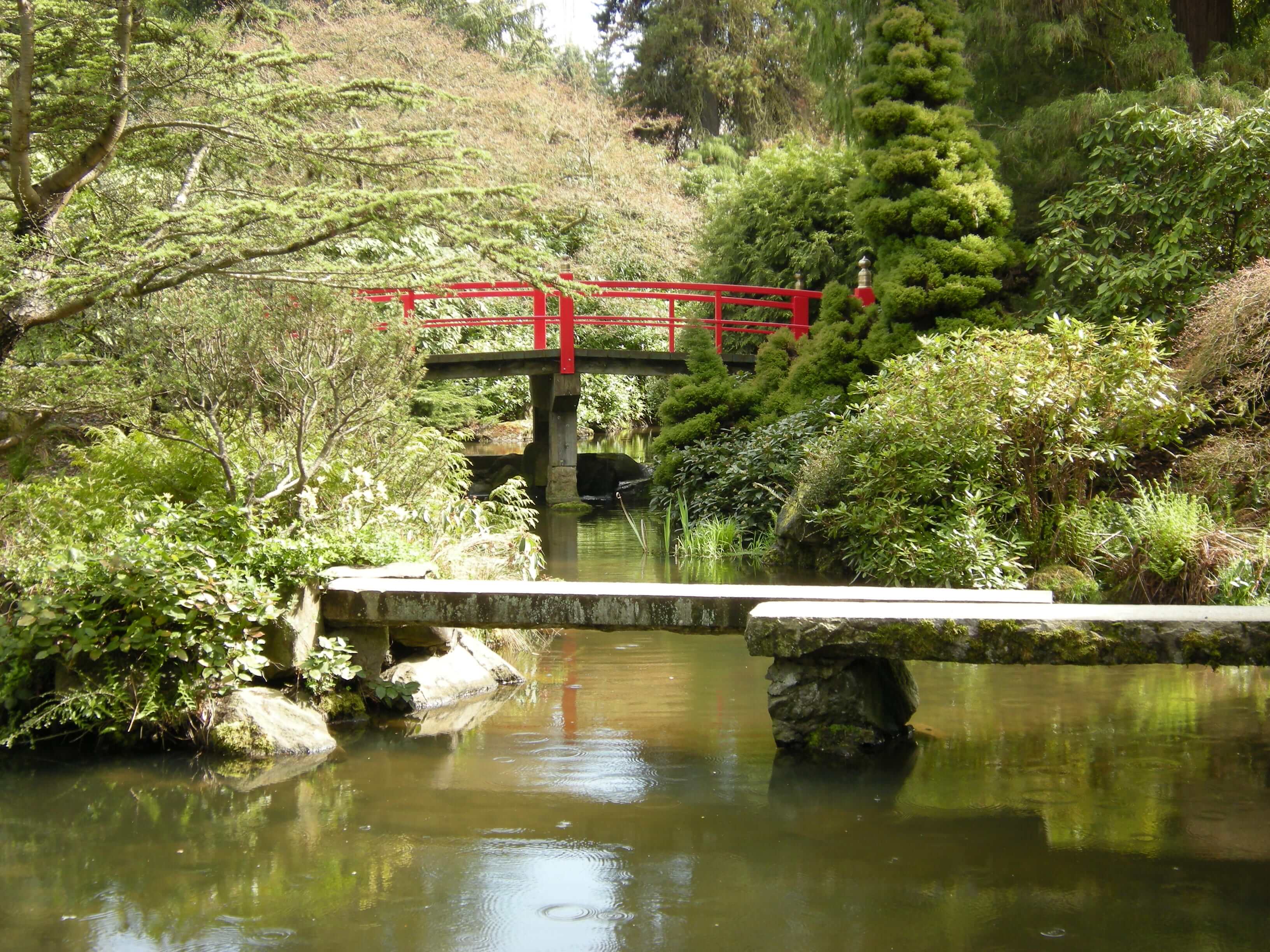 Twenty acres of gardens blend formal Japanese design with native plants of the Northwest United States into an intricate landscape of hills and valleys, rocks, water features, and bridges. Kubota Garden is the generous legacy of Fujitaro Kubota, a self-taught horticulturalists who built a successful landscaping business in the early 20th century. He began the demonstration garden around his home and office. As his business grew and thrived, the garden grew to 20 acres, becoming an important gathering place for the Japanese community in Seattle. To protect it from development, Kubota Garden was designated a historical landmark in the 1980s and the city of Seattle acquired it. It is free and open to the public, fulfilling Fujitaro Kubota’s vision of the garden as a space that should improve the quality of life for Seattleites and foster understanding of Japanese culture in America.

Your guide to all things student living in St. Petersburg, Florida — where to study, eat, get inspired, and live!

Budgeting Tips: How to Deal with Inflation?

Has inflation made it challenging for you to manage your expenses? Keep on reading for top 8 budgeting tips on how to deal with inflation.