The Unexpected (and Surprisingly High) Costs of Living Alone

By The Common Team

Anyone who’s tried to find rental housing in the biggest US cities — especially alone — in recent years knows the country is facing an affordable housing crisis. While high rent feels like a personal problem when it’s discussed over drinks among friends – as it is nightly all over places like Seattle, San Francisco, and New York City – there are reams of data showing it’s a widespread problem nearly everywhere in the United States.

What does it mean to be “cost-burdened” in housing?

Researchers who study housing affordability generally consider a person “cost-burdened” if they spend more than 30 percent of their income on housing. Nationally, more than 47 percent of renters meet that standard. That’s according to the 2019 State of the Nation’s Housing Report, an annual publication of Harvard University’s Joint Center for Housing Studies. Unsurprisingly, people with the lowest incomes have always been hit hardest by housing costs. But in recent years, people in higher income brackets are increasingly finding themselves in that “cost-burdened” category when it comes to housing, too.

Between 2011 and 2017, the percentage of people earning between $30,000 and $49,999 who paid more than 30 percent of their income for housing went up by 4.6 percentage points, according to the Harvard study. For people earning more than $45k and less than $75k, the percentage considered “cost-burdened” by housing went up 2.9 percent. The crisis is even more extreme in the country’s hottest housing markets – the places more and more people are heading for economic opportunities. Consider this eye-popping fact, from the Harvard housing study:

In other words, if paying the rent keeps you up at night, you’re definitely not alone. 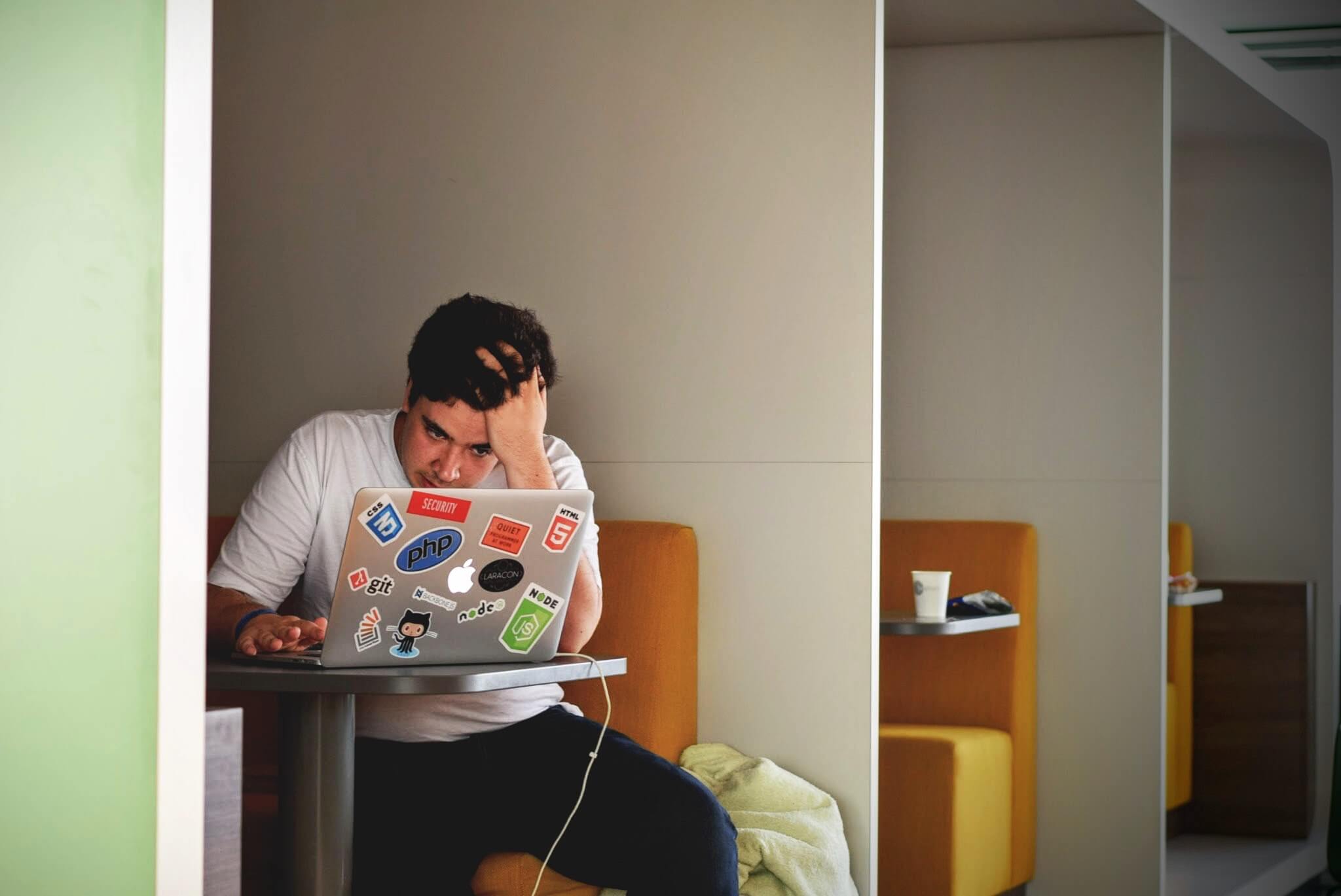 Coliving: one solution to the affordability crisis.

To help handle the high cost of housing, more people are coliving – sharing living space with roommates who aren’t family or romantic partners. This trend is a natural outgrowth of high housing costs coupled with the rising age at which most Americans start families. And it’s an effective solution to the problem because living alone is incredibly expensive – exponentially more expensive than sharing a home with others. That’s true for a few reasons:

This makes sense when you think about it: kitchens and bathrooms are the most complex and expensive parts of any residential space to build and to maintain. They are also spaces that few single people use to their maximum capacity. Sharing these common spaces, along with living and dining areas, allows more efficient use of a limited resource (housing space) while still giving roommates private space and storage in their bedrooms – and a lot of savings on their overall housing bill.

If you pay utilities, much of the cost is the same regardless of how heavily you use them. Sewer, water, and gas bills usually include a basic service fee, then add a rate on top that’s dependent on your usage. While internet service usually isn’t billed this way explicitly, the effect is essentially the same: The lowest-priced service may be more than you need, but you can’t explain that to the company and get a better deal. You’re stuck paying at least the minimum service level that they offer, and that cost is usually far higher per person when it’s just you using it than splitting even an upgraded service with a roommate. Consider heating and cooling costs: comfortable room temperature is the same regardless of how many people are footing the bill. A two-bedroom apartment adds relatively little additional space to heat in the winter over a one-bedroom but allows you to split the bill down the middle with another person.

Insurance companies generally allow roommates to share a renter’s insurance policy – protecting you in case your belongings are stolen, vandalized or destroyed in a disaster. Sharing a policy can be a bit complicated – it means you and your roommate will share a claims history, and you will want enough coverage to protect the value of all of your property combined. However, despite some nuances, it’s worth discussing, since ironing out the details may be a one-time hassle that could save you significant money in the long run.

If you’re setting up a household in a new city starting from scratch, there are lots of essential items your apartment probably doesn’t include: from furniture like couches and chairs to cleaning supplies like a vacuum, broom and dustpan, to kitchen gadgets like a toaster oven and blender.

These items are household essentials – items that every household requires but that almost no one truly needs to own individually in order to function. Sharing them can help save on per-person living costs and even increase the overall household budget for these kinds of items, increasing the quality of life for everyone sharing the home. Your roommate accepts your offer to share your fancy blender, then invests the cash they save in a great set of cutting boards that they let you use, too. Everyone wins. 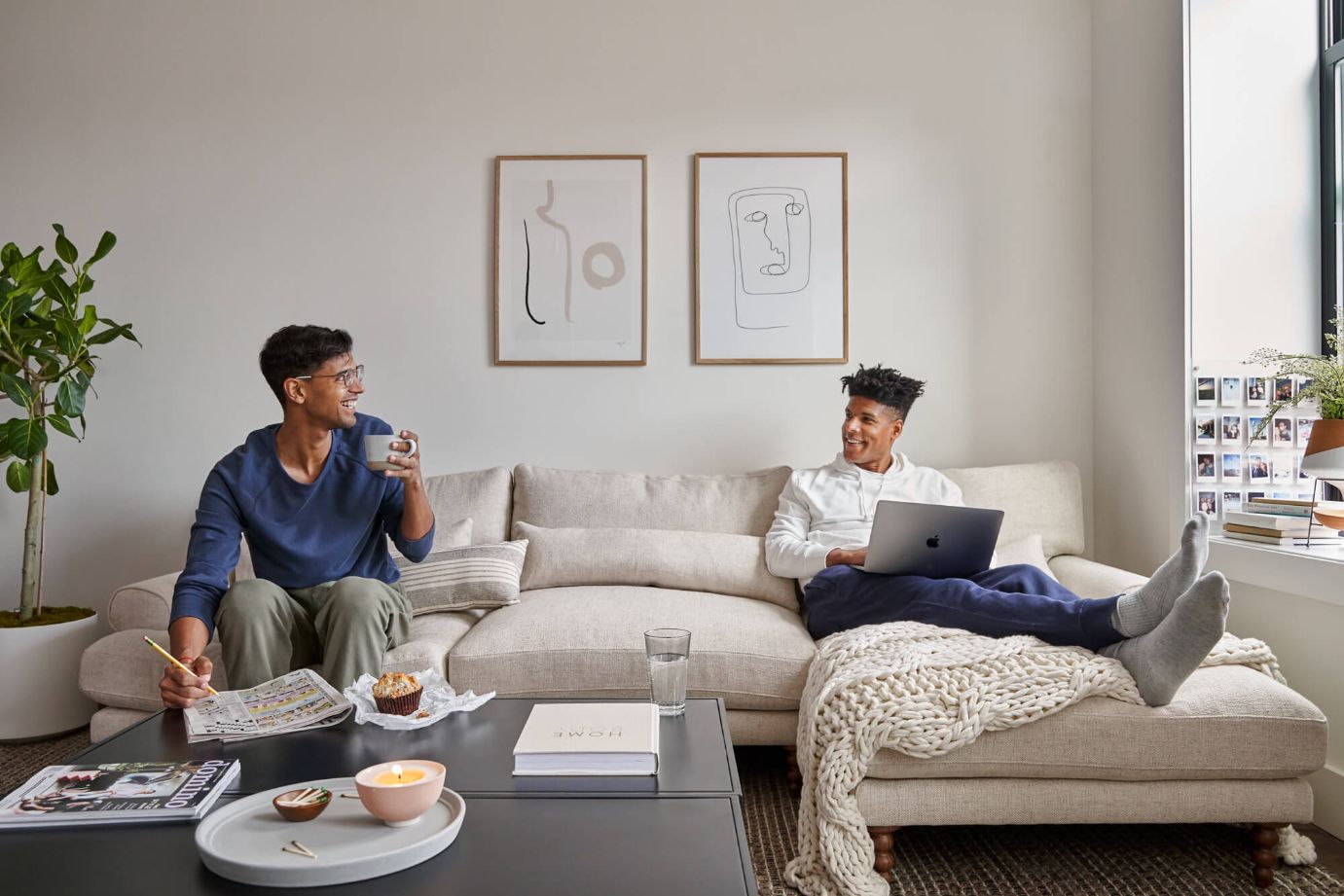 The per-unit price for lots of items goes down when you buy in bulk – whether it’s paper products, cooking staples like oil and flour, laundry soap, or spices. There are some items a single person can stockpile if they have storage space – toilet paper won’t go bad. But other items you can’t reasonably buy in large quantities if you live alone (think fresh produce).

While roommates vary in what kinds of items they want to share and how there are often certain basics that are great candidates for sharing to reduce per-person costs. For example, if you notice that everyone in your household drinks almond milk regularly and no one ever seems to finish their own carton before it expires, it might be wise to suggest taking turns buying this item and sharing it. That can keep the supply fresher, reduce waste, and save on cost and fridge space. Similarly, fresh produce, bread, and spices are often hard to buy in small enough quantities for a single person to use before they go bad. Coliving can offer opportunities to share a bag of apples and an artisan loaf each week, and keep the supply of curry powder fresher.

Although they don’t often think of it this way, many roommates over time will perform valuable services for each other – favors that add up to real savings. To be clear, it’s not wise to expect your brand-new roommate to be your free cat-sitter whenever you want. Still, over time as a coliving household coheres and builds trust, people who share a home often help each other out in ways that make life more convenient as well as affordable. 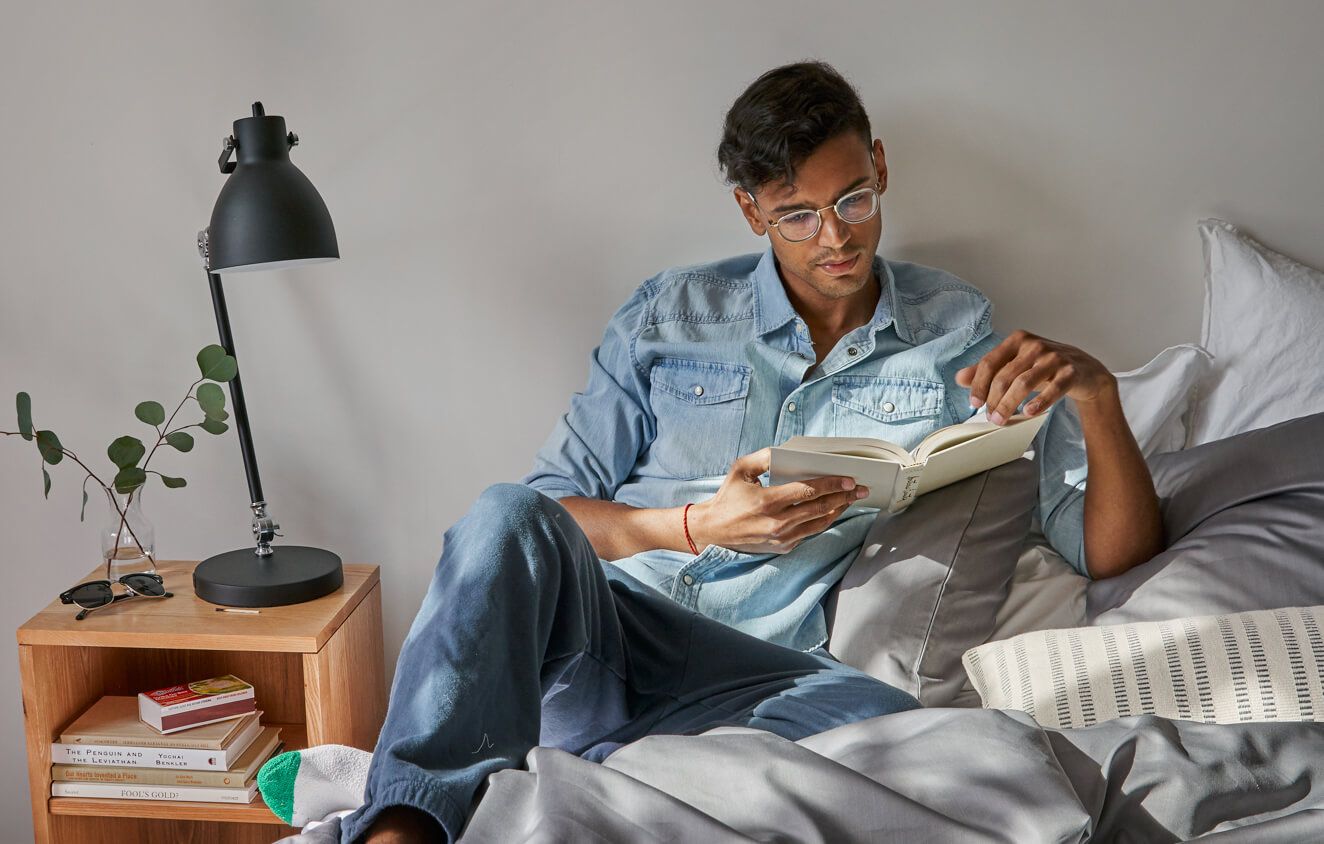 A ride to the airport can save a bundle on cab or Uber fare (or worse, airport parking). An offer to pick up a grocery item for your roommate when you’re on your way to the grocery can mean they don’t order out on a night they’re working late. And even if you throw your roommate a few bucks for taking care of your fur baby while you leave town for the weekend, it’s likely to cost less than a professional pet-care service.

Having another person with a key available at the same address when you lock yourself out can save you lost work time, a service charge, and a huge headache over having to contact your landlord or a locksmith.

Add all these factors together, and it becomes clear why coliving is an increasingly attractive option for so many people concerned about housing costs. Whether it’s a matter of basic affordability or a preference to save money for other things in life, shared housing can be a highly effective way to meet your financial needs and goals. For an innovative approach to shared housing in the country’s hottest metro areas, check out Common’s coliving communities.

Best Places to Eat in D.C. on a Budget

Looking for the best places to eat in D.C. on a budget? Read further to learn more about the best affordable eateries in the city.

5 ways to manage your finances during an uncertain time

The Financial Gym offers expert advice and tips on how to handle your finances and budget during the uncertain times of a pandemic.

The housing current crisis can be confusing! Here is a guide on all things affordable housing in cities and what “affordability” truly means.