Common is excited to announce that our proposal in partnership with L+M Development Partners has won ShareNYC: the New York City Department of Housing Preservation and Development’s competition to bring more affordable housing to the city through coliving. The winning project, Common Roosevelt, speaks to the core of Common’s mission and the ethos of coliving, and we’re looking forward to working with the HPD to provide an innovative solution to the city’s housing crisis.

Common Roosevelt will be located in East Harlem and will offer 253 beds of high-quality, affordable coliving to residents at a wide range of incomes. Alongside the typical perks of being a Common member, like on-site laundry and free weekly cleanings, members will also have access to amenities like outdoor space, a fitness center, and a library. Unlike many buildings in the city, where affordable units are highly separated from market-rate units, members at Common Roosevelt will live in mixed-income apartments and enjoy equal amenities and services. 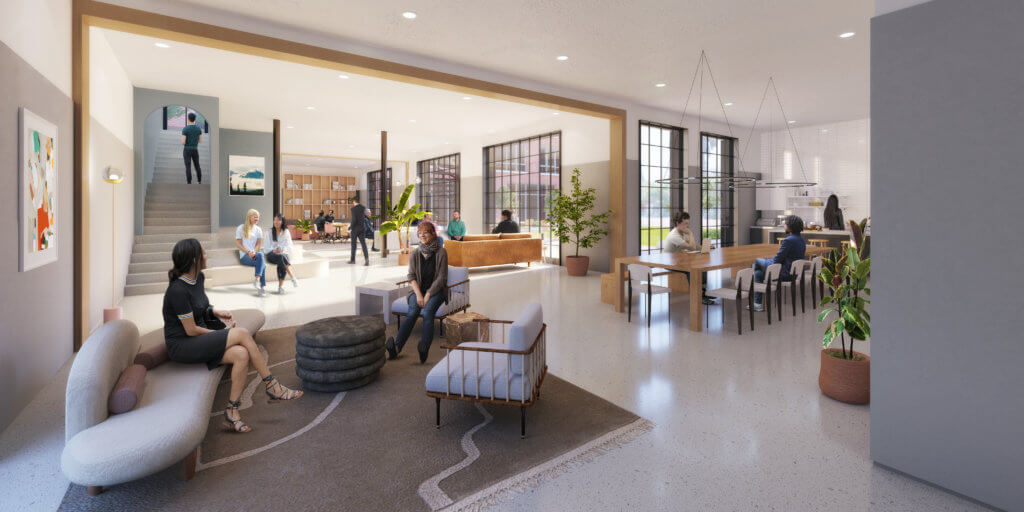 ShareNYC is part of a growing trend of city governments working with coliving operators like Common and developers like L+M Development Partners to create affordable housing. Last month, we announced our partnership with Domos and Invest Atlanta to bring over 300 beds of coliving to the city through a project in Chosewood Park, with 15% of those beds designated as affordable.

Additionally, Common Two Saints, developed in partnership with Wisznia Architects and the Development Board of The City of New Orleans, will offer affordable, high quality, convenient apartments to workers who weren’t previously able to live near their jobs when it opens in 2020. As cities densify, rents increase, and wages remain stagnant, it’s become increasingly important to provide cities with innovative solutions to the housing crisis. We’re proud to say that Common is on the forefront of this solution. If you’re interested in learning more about the current housing crisis and how coliving can alleviate rent-burdened residents, check out the infographics below and head to NYC.gov to learn more about ShareNYC. 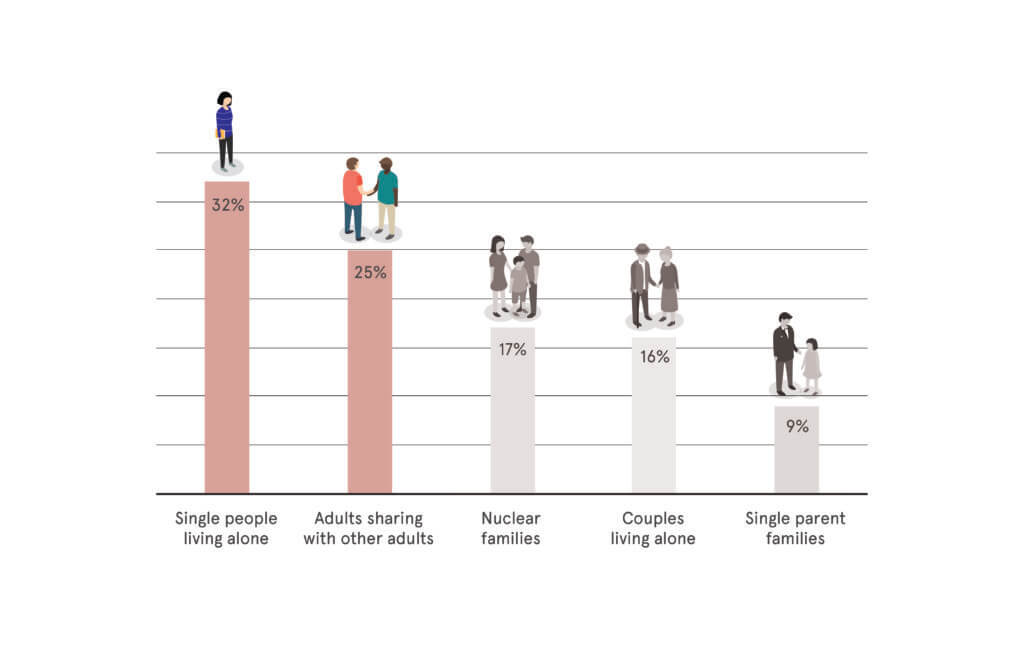 The majority of apartments in New York are occupied by single people or single adults living together. 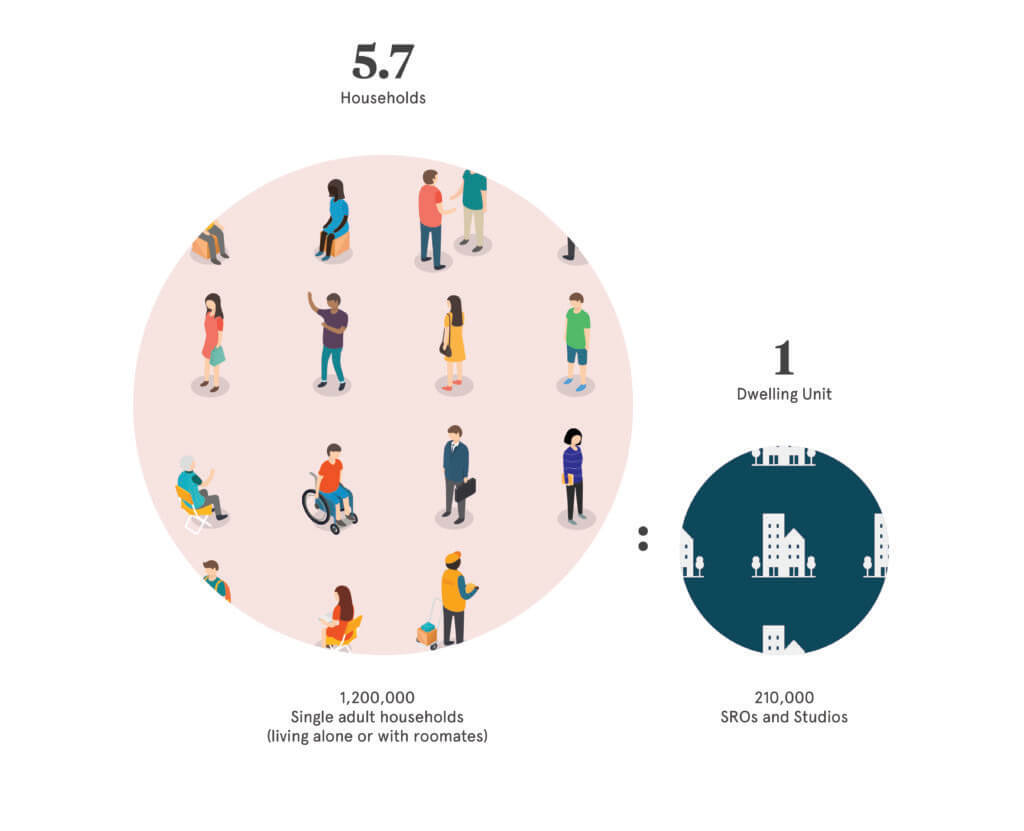 However, there’s a shortage of housing for single people within in the city. A lack of supply and an increased demand allows landlords to drastically increase rent prices. 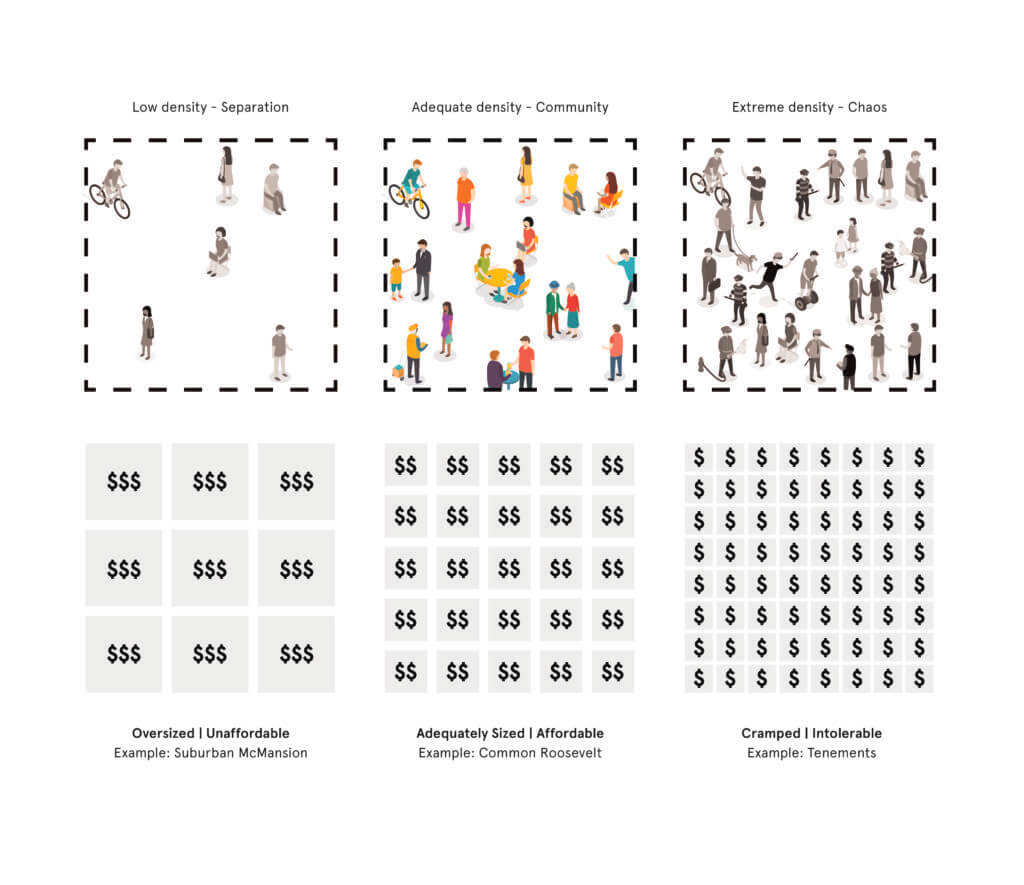 The solution to this issue lies in development and density. Densely built apartment buildings create community among residents while offering affordable rents for individuals. However, there’s a fine line between the separation of the suburbs and the density of tenements. 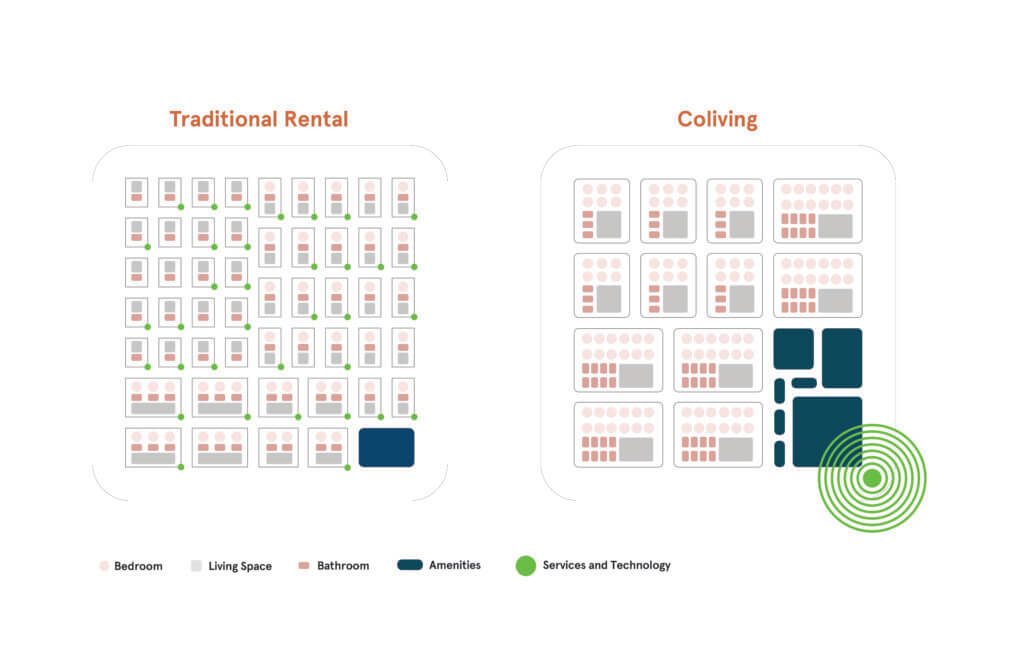 Through considered design and the removal of pain-points that can make living with others difficult, coliving provides the opportunity to create higher density apartments without sacrificing the comfort and privacy of tenants or the quality of the building. 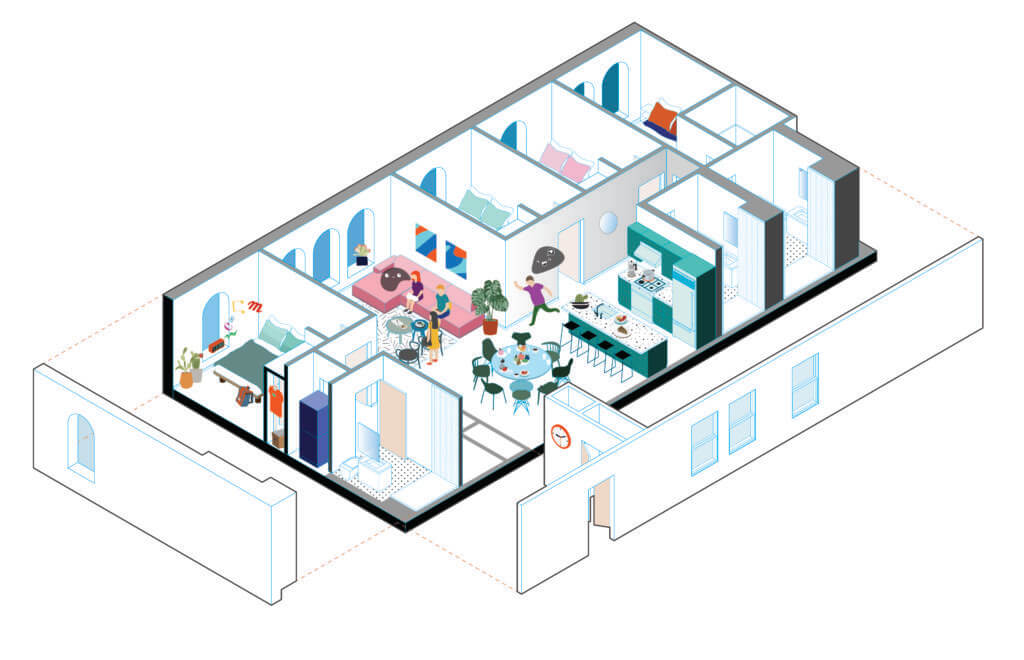 A typical coliving unit at Common.