Common Cottage, a Coliving Home Since 1957

Located in Point Richmond, Common Cottage is our latest home in the Bay Area. The coliving home consists of 25 bedrooms, two large community spaces, and multiple areas for lounging, working from home, and watching movies. Even before it was a Common home, Common Cottage had a long history with coliving dating all the way back to the 1950s. To this day, the home is registered as a building of significance in the City of Richmond. Keep reading to find out how coliving has existed in this home for over 60 years.

In conjunction with the development of the Chevron Oil Refinery in the early 1900s, Point Richmond saw a major growth of hotels, restaurants, bars, and boarding houses. The waterfront neighborhood stood as Richmond’s central downtown area until the early 20th century, and its Historic District was listed on the National Register of Historic Places in 1978.With easy access to Marin County, San Francisco, and Oakland, Point Richmond is an “attractive place for young people to live,” according to one of the owners of Common Cottage, Trenor Askew. The quaint city features historic Victorian homes, walkable cafes, restaurants, trademark mom-and-pop shops, and other retail. Conveniently, there are also many BART stations, bus, train, and ferry services to get you around the Bay Area.

From Muldowney Hotel and St. James Hotel to Ivy Inn

Source: This Point Newsletter by The Point Richmond History Association Vol. XXVII No. 3 (Nov, Dec, Jan 2008/9)In 1903, Martin Muldowney built what is now Common Cottage as the Muldowney Hotel. A large section of the building survived the 1906 earthquake, and the hotel operated for several years until it was sold in 1915.

The new owners, Mr. & Mrs. Edward McDuffm, renamed the establishment St. James Hotel, operating a saloon and restaurant in the front and a hotel for military personnel in the lower back section. The McDuffs helped cash checks for employees of Standard Oil and packed lunches for resident Standard Oil employees.After several more handovers, the St. James Hotel was sold to Wallace and Marilyn Darling in 1957. The new owners worked through strict city regulations and numerous obstacles to structure, decorate, and furnish the rooms in the newly named Ivy Inn. 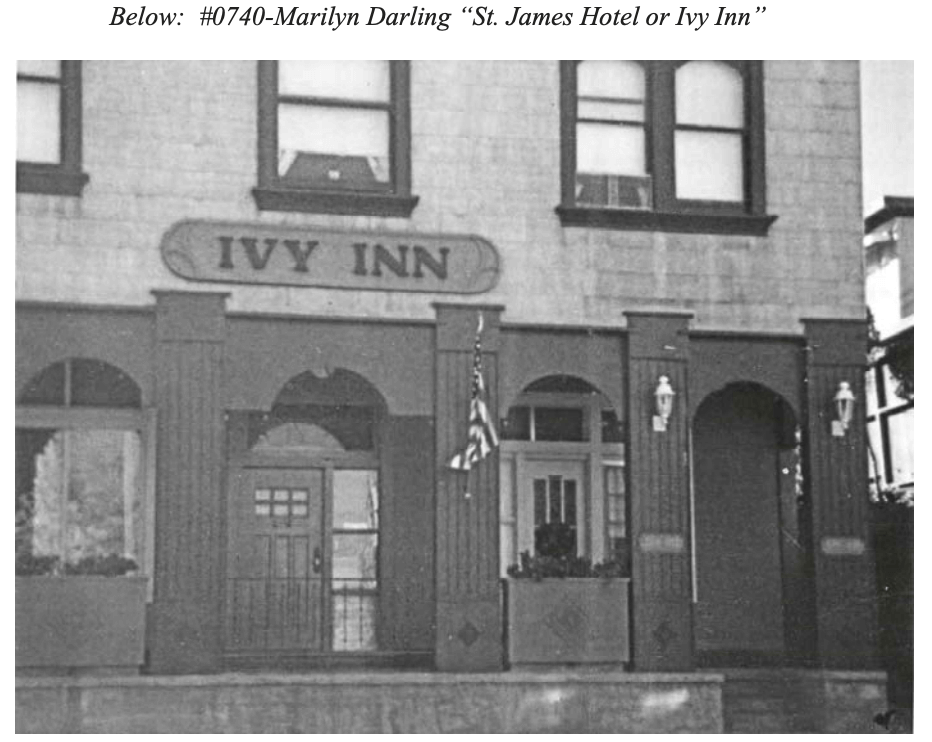 A room would rent for $25.00 per month, catering to Standard Oil employees, railroad employees, and retired folk. Much like Common Cottage today, there was a large community kitchen and a cozy, nicely furnished lobby where residents could watch TV or lounge. Wallace Darling even constructed a recycled water system to pump water from the community laundry machines to the shared bathroom toilets. The Darlings renovated the front section of the hotel into a three-bedroom apartment to serve as their own living quarters for over 20 years. The building was rebuilt under a new owner into a modern residential hotel in the early 2000s. 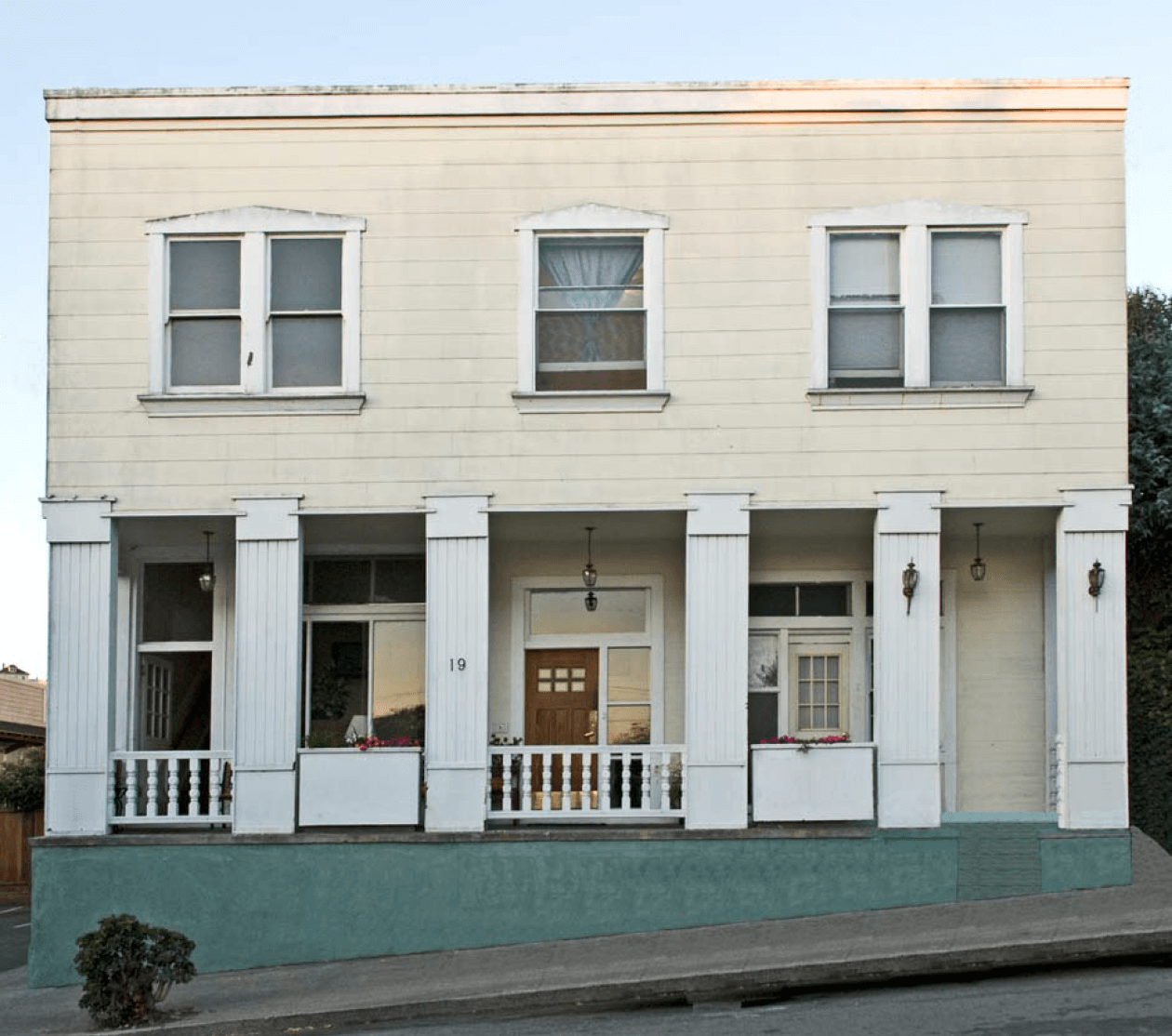 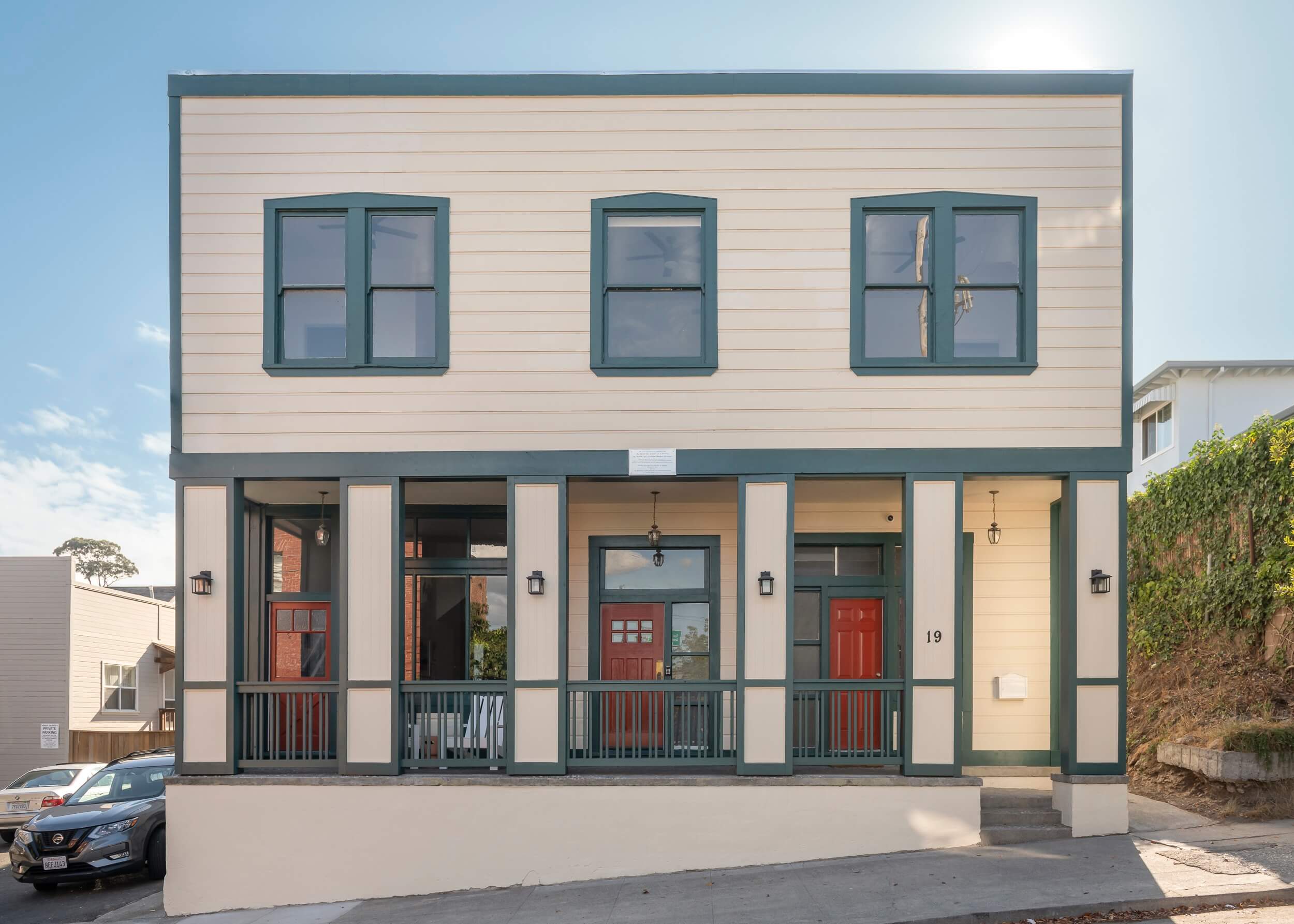 In February 2018, owners Trenor Askew and Kevin Hampton signed with Common, hoping to bring a long term solution to the lack of affordable housing in the area. With the experience of two other coliving homes in San Francisco, Common was the right partner in achieving Common Cottage’s full potential. 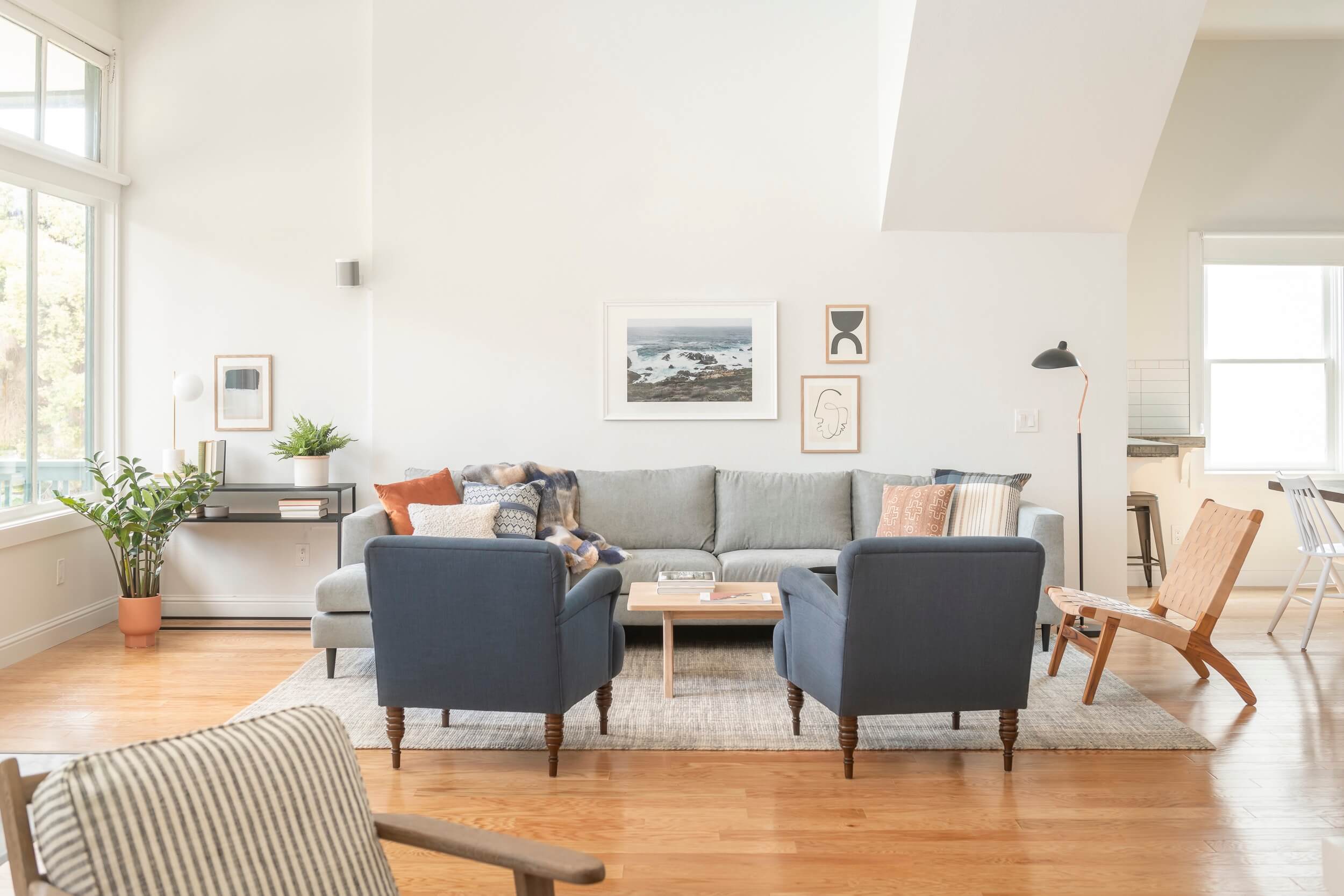 Common Cottage lies within the Point Richmond downtown area and is in walkable distance to all the neighborhood’s impressive restaurants and coffee shops. For instance, right across the street is the historic Hotel Mac, a great place to grab a happy hour drink or for guests to stay when visiting. A short bike ride or an Uber gets you to the bay, which gives you quick access to the bayside bike trail, the Miller Knox Regional Shoreline, and the ferry to downtown San Francisco. Expect a beautiful home with high-quality furniture, brand new appliances, a spacious outdoor space, and both parking and laundry onsite. Common Cottage features 25 private furnished bedrooms, shared spaces with tons of natural lighting, as well as large kitchens with not one, but two dishwashers. With close proximity to downtown San Francisco, you can enjoy the best parts of the city while retreating back to your home in a quaint, relaxed neighborhood. 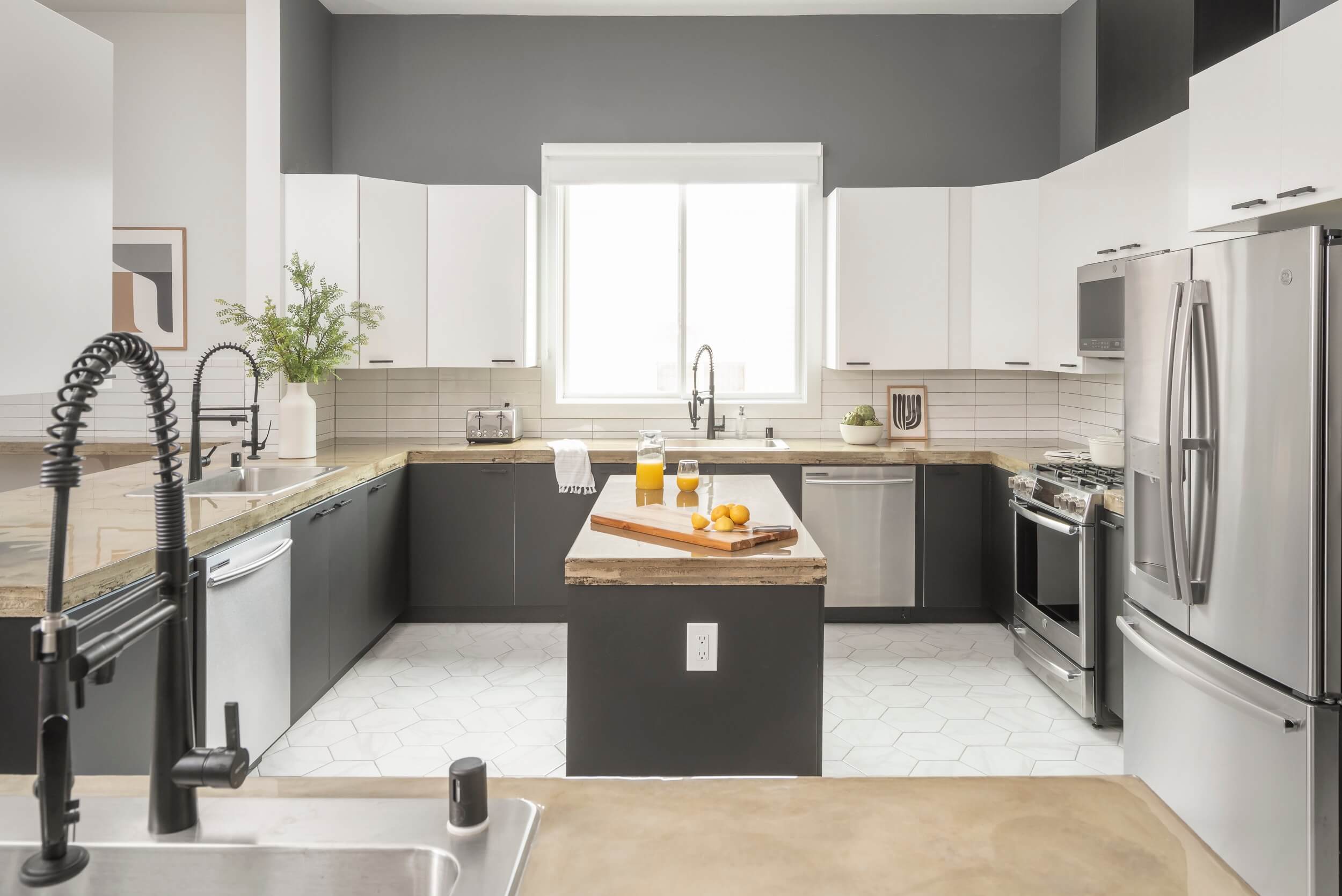 Rent at Common Cottage in Point Richmond starts at $1,390 a month. It covers all costs, from WiFi and utilities to professional cleanings and more. Sign up for a free tour, and move in the following week. 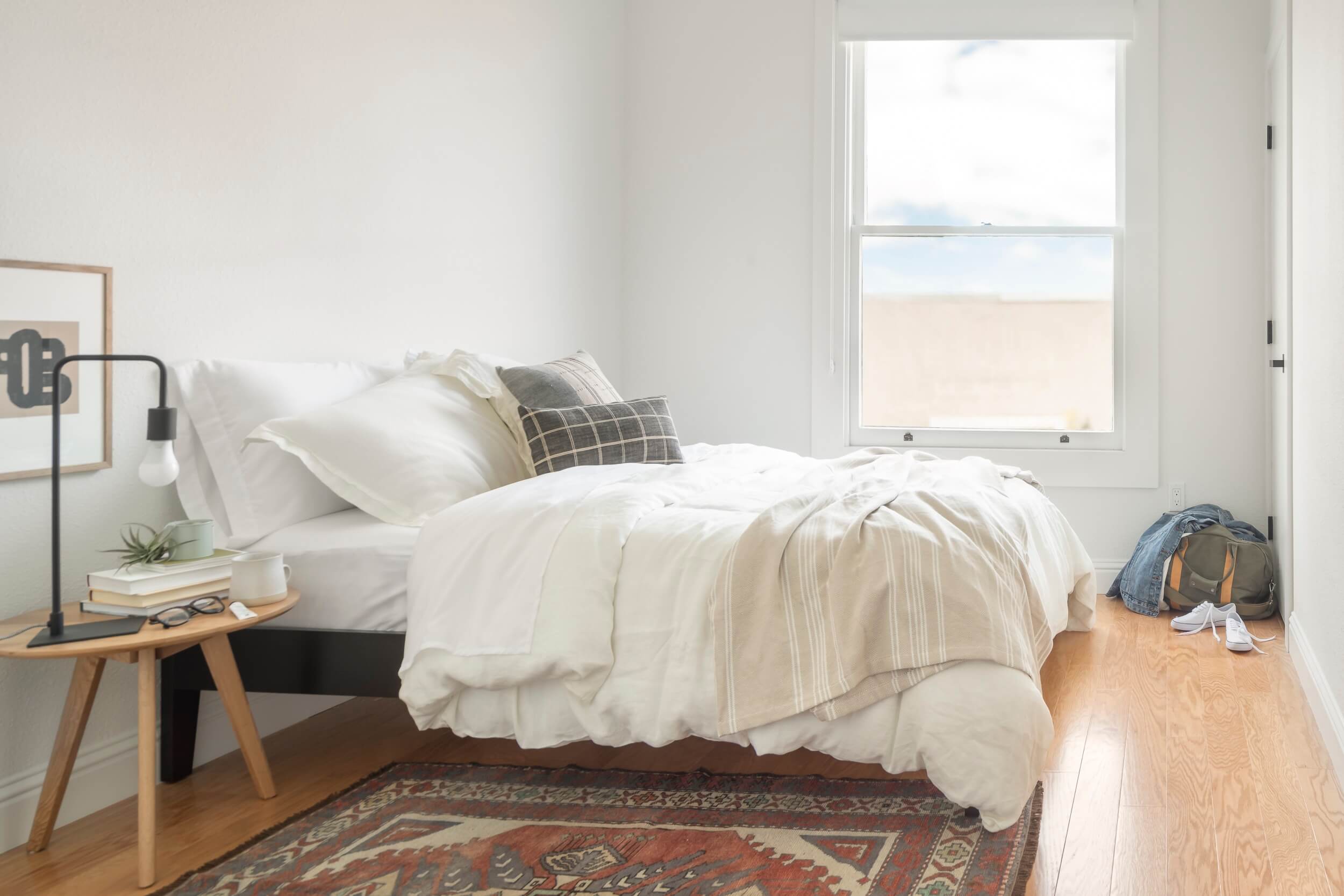