Over the course of our nation’s history, Washington, DC, has transformed from farmland to the home of incredible neoclassical buildings that house museums, the three branches of government, and rare political artifacts. No wonder that it has become one of the most visited cities in the world. As one of the most influential political capitals, Washington has been the site of hundreds of years of US history – but even if you’ve been living in Washington, DC for years, there’s plenty of hidden history you’re probably missing out on. Check out this list of some of these lesser-known historical sites – many of them hidden in plain sight – for you to take in on a weekend. 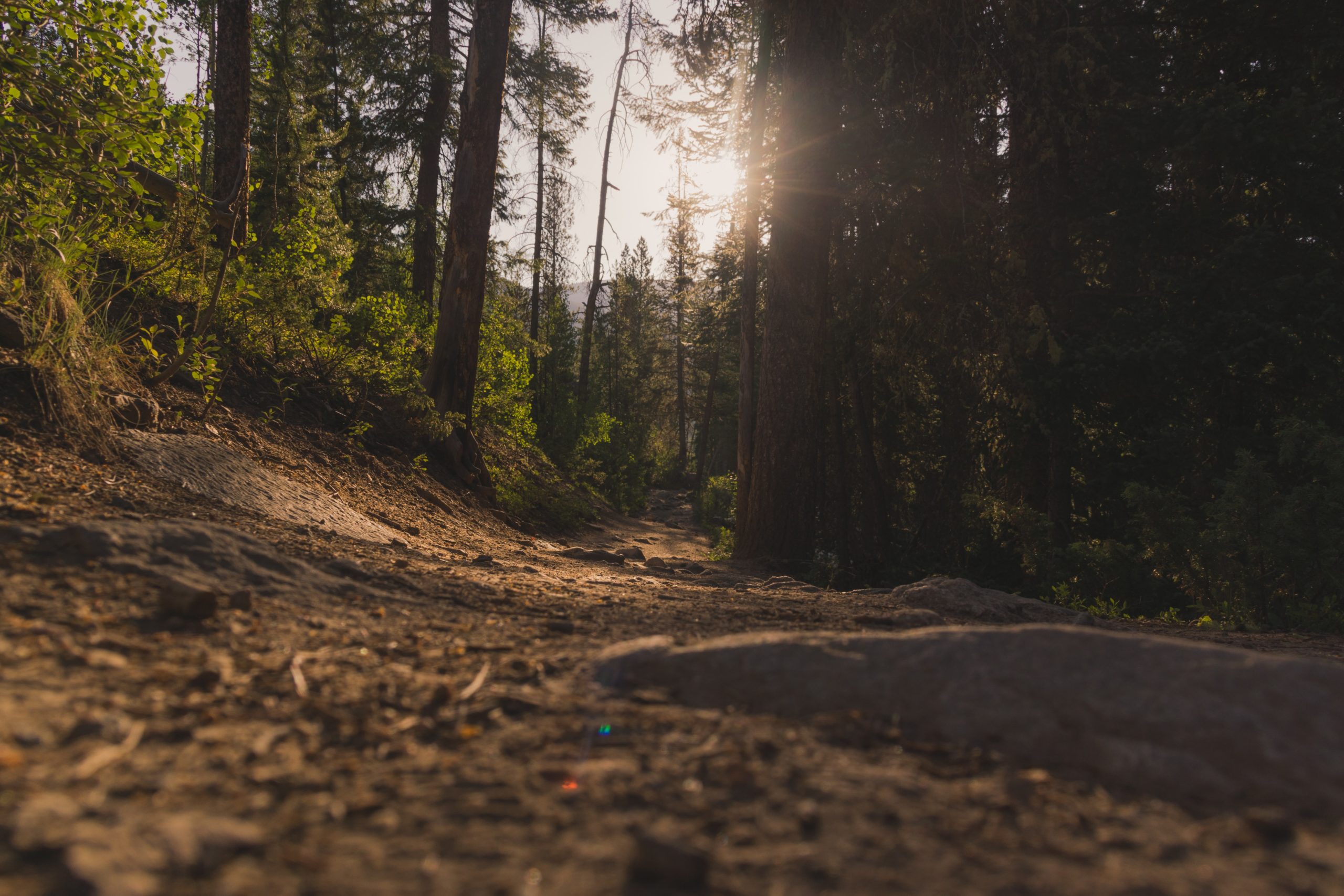 In 1860, Washington, DC, was a small city with about 75,000 residents. But once the South seceded and the Civil War broke out, the District was suddenly at the forefront of the campaign. Thousands of volunteers and soldiers came to the city, along with many freed people who escaped slavery, and built the fortifications necessary to protect the city. Before long, Washington was one of the most heavily fortified cities in the world, with 68 forts surrounding it, and by 1870, the population had nearly doubled.Fort DeRussy was one of the forts that protected DC from capture. Located within Rock Creek Park, trees and vegetation have overtaken it, but you can still explore the trenches, parapet, and dry moat as you walk through the woods. And if you look closely, you can still see remnants of powder magazines. Direction to Fort DeRussy

In the late 1950s, hundreds of sandstone and marble stones were removed from the capitol. Once they were removed, the builders had no idea what to do with them. It was illegal to dispose of or sell the stones, so they piled them up behind a shed in Rock Creek Park and left them there. But unlike the original Capitol Pillars, there is no official monument marking them.  In fact, there’s no indication on the map that they are there. In order to find it, look for the maintenance yard on the Rock Creek Park Map. But don’t be surprised if Park Rangers discourage you from poking around—while some of the stones are neatly piled and look sturdy, others are clearly on the verge of toppling over.  There’s also a series of mysterious holes dug around them, and no one is sure why they are there. 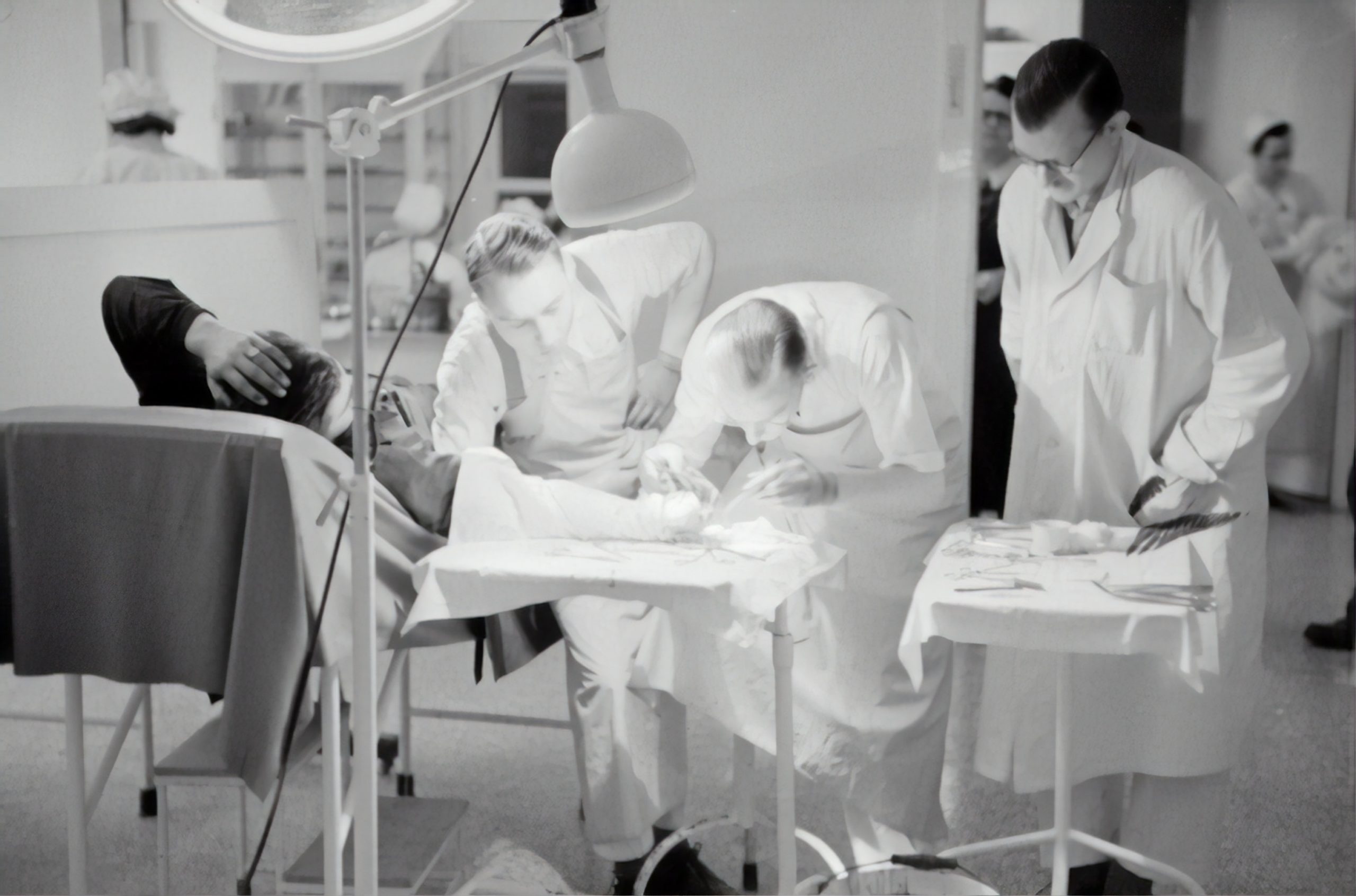 Though this medical campus is currently undergoing massive updates as the new Department of Homeland Security headquarters, St. Elizabeth’s Hospital has a long and fascinating history. Originally built in the 1850s as a hospital to help impoverished people dealing with mental illness, it has served many purposes over the years. One of the more disturbing uses of the facility was by the CIA (then the OSS) after the end of World War II. They sought to create a truth serum to aid in prisoner interrogations and experimented on patients with mescaline and scopolamine cocktails, as well as trials using cannabinol, THC, and synthetic cannabinoids. While none of the trials were deemed a success, the CIA continued drug experiments for through 1970 in over 80 facilities in an infamous project known as MKUltra.Directions to St Elizabeths Hospital

Not far from actual Washington, hidden away in a manhole, is a scaled-down replica of the Washington Monument. But this 12’5” has a purpose – it’s actually a Geodetic Control Point, one of a network of over a million points like these across the country. The society’s surveyors use these to coordinate the measurements they take to make maps.  Most of them are shaped like a rod or cone, but this one was made to look like the nearby monument and has been in place since the 1880s.The National Geodetic Survey has used these points for over a hundred years to keep consistent and accurate data on where exactly different points fall in space and relationship to each other. The primary purpose of these measurements is to maintain the National Spatial Reference System, which is a coordinate system, not unlike GPS. The data has also been used to measure shoreline changes and changes in the height of tectonic plates. They also provide aerial satellite images of regions affected by natural disasters.The marker is south of the Washington Monument, hidden under a manhole. A park ranger may be willing to help you find it. 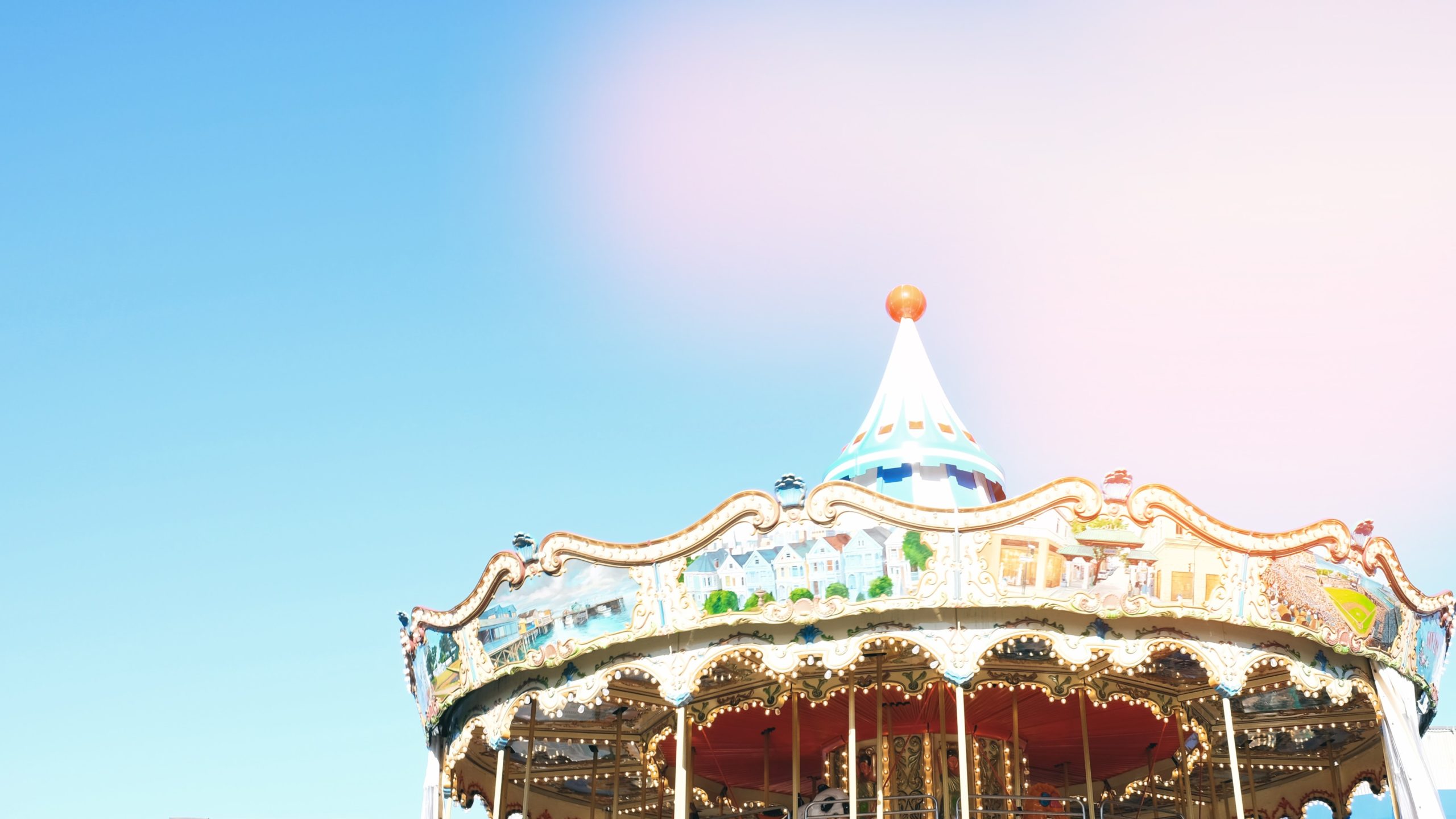 5. Carousel at the National Mall

This carousel is unique in a few ways. It’s the only carousel in DC, and the only one with 4 jumping horses side-by-side. But the most interesting thing about this carousel is that it dates back to the Civil Rights Era.Originally set up in a segregated park in Baltimore, protesters spent a decade working to desegregate the park to make it open for all children to play. On August 28, 1963, for the first time, the park was made open to everyone, and an 11-month old African-American girl got the chance to ride it with her father. Coincidentally, this was the same day Martin Luther King, Jr. delivered his famous “I Have a Dream” speech, not far from where the carousel now operates.Direction to the Carousel

While there are many fantastic things to see in this library, perhaps the most intriguing are the star charts and other scientific works dating back hundreds of years. This astonishing collection includes original works of legendary stargazers Copernicus and Galileo. Modern astronomers are blessed with these maps that show how the universe has moved and shifted over the last few hundred years. You can book after-dark tours on the website, although they aren’t always available. 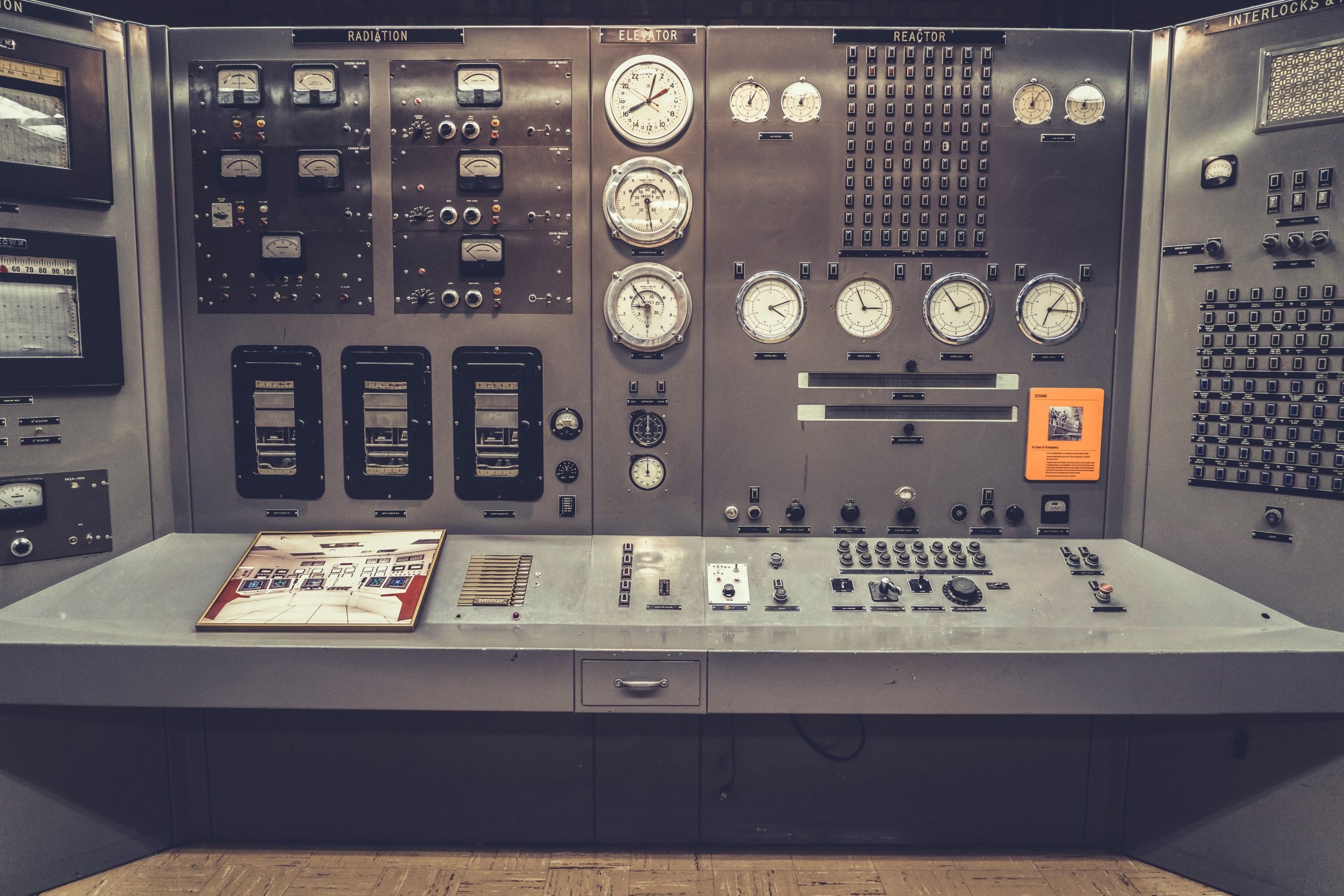 The Cold War has decades of history, equal parts fascinating and frightening. Both the US and the USSR went to great lengths to collect information on each other. When the Russian Embassy was built in 1977, the FBI and NSA jumped at the chance to purchase a house nearby in the hopes of collecting vital intelligence.Besides the 24/7 crew of agents monitoring the embassy from the house, they spent hundreds of millions of dollars digging a tunnel in the hopes to get audio surveillance. The mission was dubbed Operation Monopoly, and it failed miserably for two reasons: the tunnel kept flooding, and the NSA’s surveillance equipment was failing. But worse, the operation was one of the many secrets that the infamous double agent Robert Hanssen turned over to Russia. The FBI stakeout house has since been demolished, but the Russian Embassy is still there to scope out.