5 things I wish I knew before moving to San Francisco

Our latest San Francisco coliving home, Common City Gardens, just opened in SoMa. With fully-furnished suites, all-inclusive utilities, household essentials, and an incredible location, it’s the ideal apartment for long time San-Franciscans and newbies alike — but there’s still a lot to know about moving to “The Golden City.” That’s why we’ve turned to the experts for help. Keep reading to hear from Aimee Rancer, an SF resident of 10 years and Content Manager at Pinterest, on what she wishes she knew before moving to San Francisco.

I’ve lived in San Francisco for almost 10 years and while I feel like I can officially call myself a San Franciscan, it wasn’t always that way.

Flashback a decade ago and I remember my first few moments in the city perfectly. Because I was (and still am, really) a baby, I brought my mom along for the journey and to ease the initial blow of living in a new city on my own.

Moving anywhere new is overwhelming. Whether you’re moving an hour way or across the country like I did, it’s an exhilarating and somewhat terrifying adventure.

In my time here – navigating the bus system, the weather and even neighborhoods, I’ve picked up some thoughts and tips along the way. So, if you’re moving to San Francisco – get ready to live in one the most utterly beautiful cities in the world. And if you already live in SF, well – I hope you’ll agree with my sentiments too.

You live next to the Pacific Ocean! 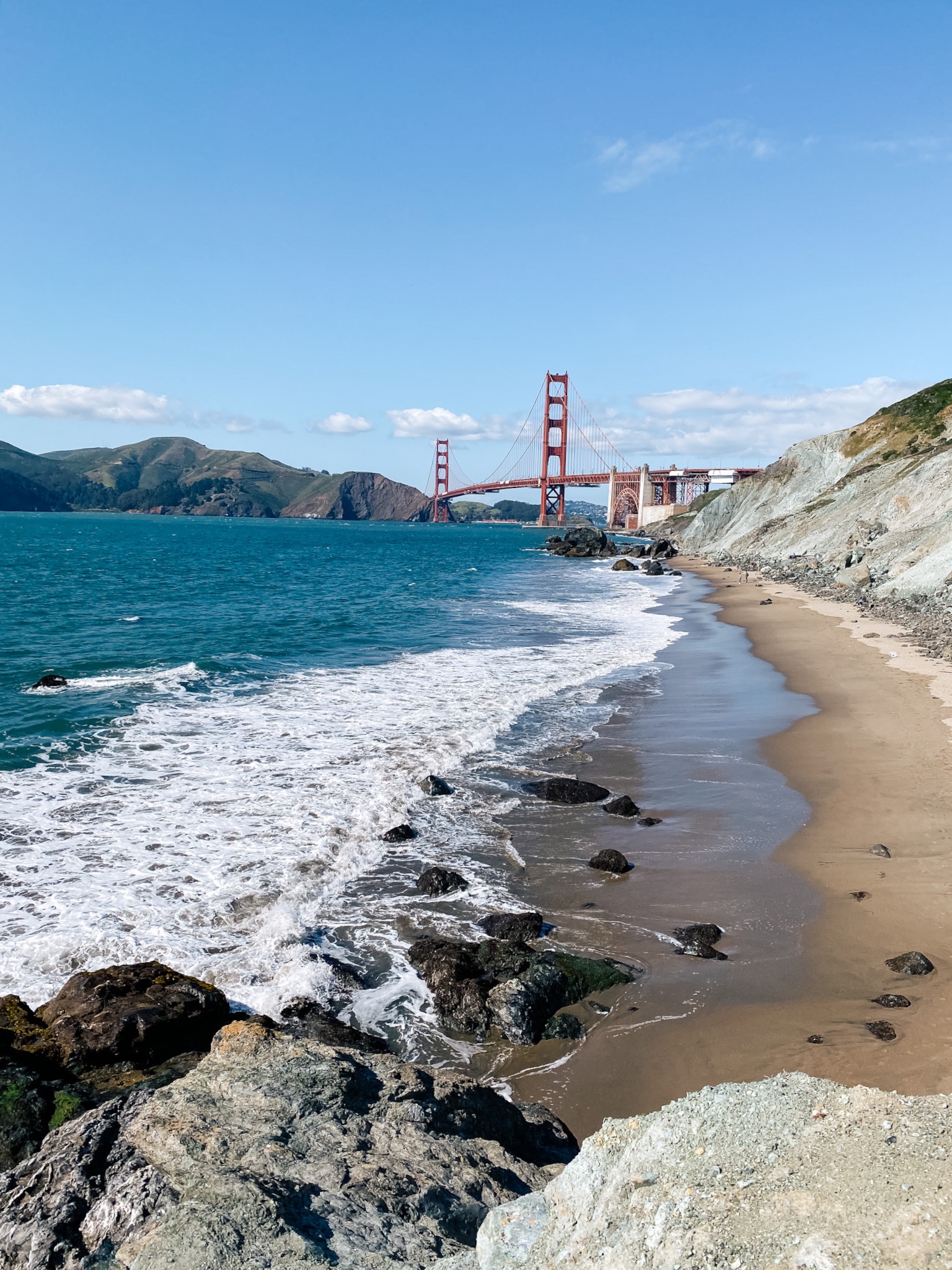 Okay, so this may be a little obvious, but for someone who previously lived in a landlocked state – this is pretty incredible. Not only do I encourage you to go to the Pacific Ocean whenever you can, there’s so many different routes you can take to see this big ol’ body of water. One of my all-time favorite spots in San Francisco is Marshall’s Beach. Located just north of Baker Beach, Marshall’s is home to rugged terrain and picture perfect views of The Golden Gate Bridge and Marin Headlands. It’s accessible through the Presidio’s Batteries to the Bluff trail which makes for a delightful hour or so walk. Pro Tip: It’s one of San Francisco’s most hidden beaches so go at golden hour for a frame worthy photo or two.

Walking isn’t just a thing to get you from point A to B, it’s a way of life 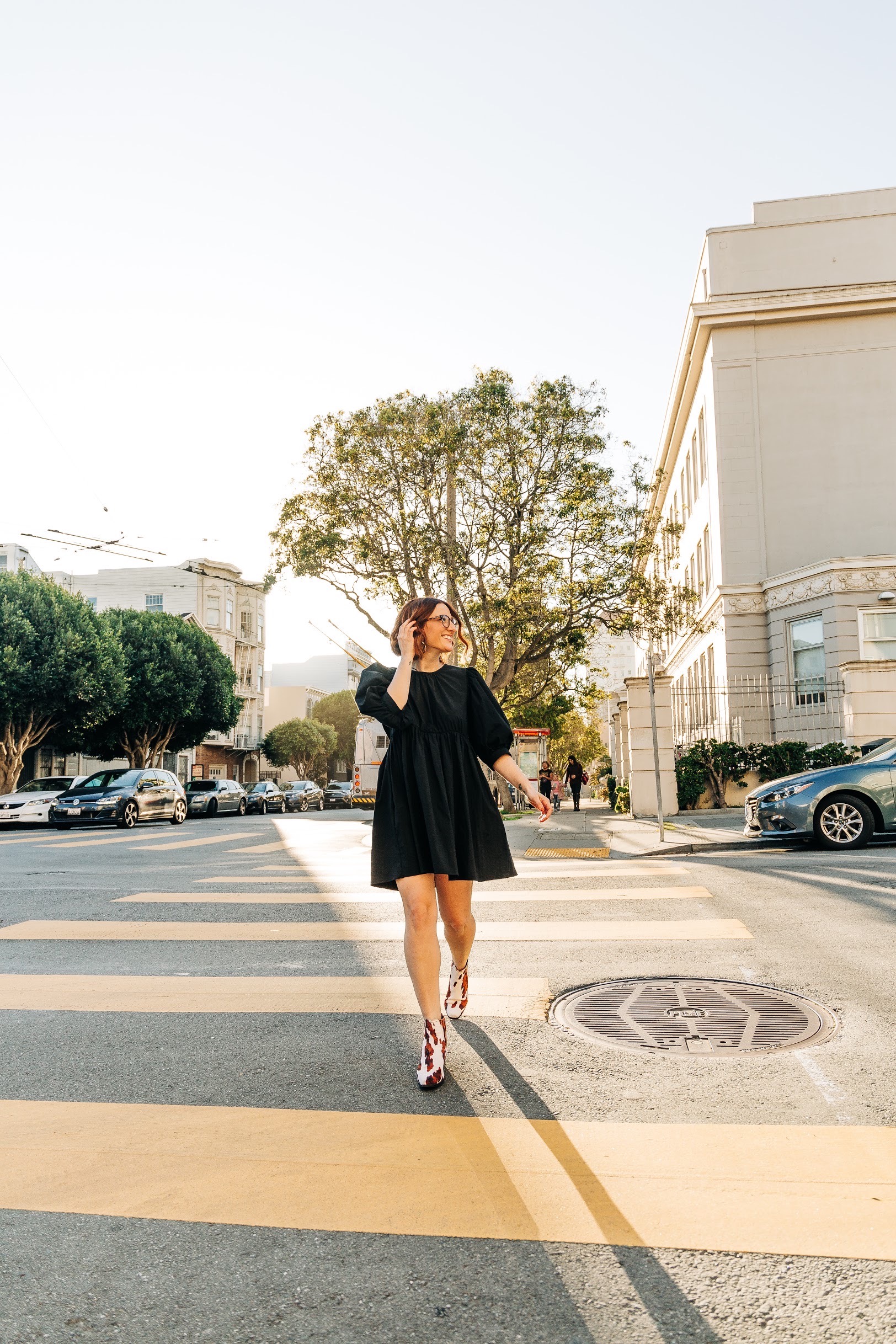 I could go on about modes of transportation in the city (from ridesharing companies like Lyft and Uber to our MUNI System) but I’ll keep it simple: opt for a walk especially if you’re new to San Francisco. It’s not that alternative modes of transportation aren’t efficient (or entertaining), it’s just that walking is the best way to explore a city.

Let me break it down. When you’re walking on foot, you get to experience the city in new ways. From discovering quaint neighborhood shops along Divisadero (Rare Device and Perdita are two of my favorites!) to picking up coffee or a snack on the way, walking allows you to get the feel and the rhythm of a city. San Francisco is no exception. During the pandemic, being outdoors actually is one of the things that’s acceptable so take advantage! I’ve made it a point to try and walk wherever I go (whether that’s the grocery store or wander aimlessly for hours listening to a podcast).

It’s free, makes you feel good and is a form of exercise. Who could want more?

Pro Tip: San Francisco is 7×7 miles long – which completely surprised me when I first moved here. This includes a lot of hills and steep streets, so layer up and wear comfortable shoes.

A hike that’s a bucket list item for many is the SF Crosstown Trail. This trail is a 17-mile route (!!!) connecting San Francisco neighborhoods, open spaces, and other major trails. It runs from Candlestick Point in the southeast corner of the city to Lands End in the northwest corner. It’s not for the faint of heart, but an activity that you can announce proudly afterwards and wear as a badge of honor!

Not all of California is warm. Especially San Francisco 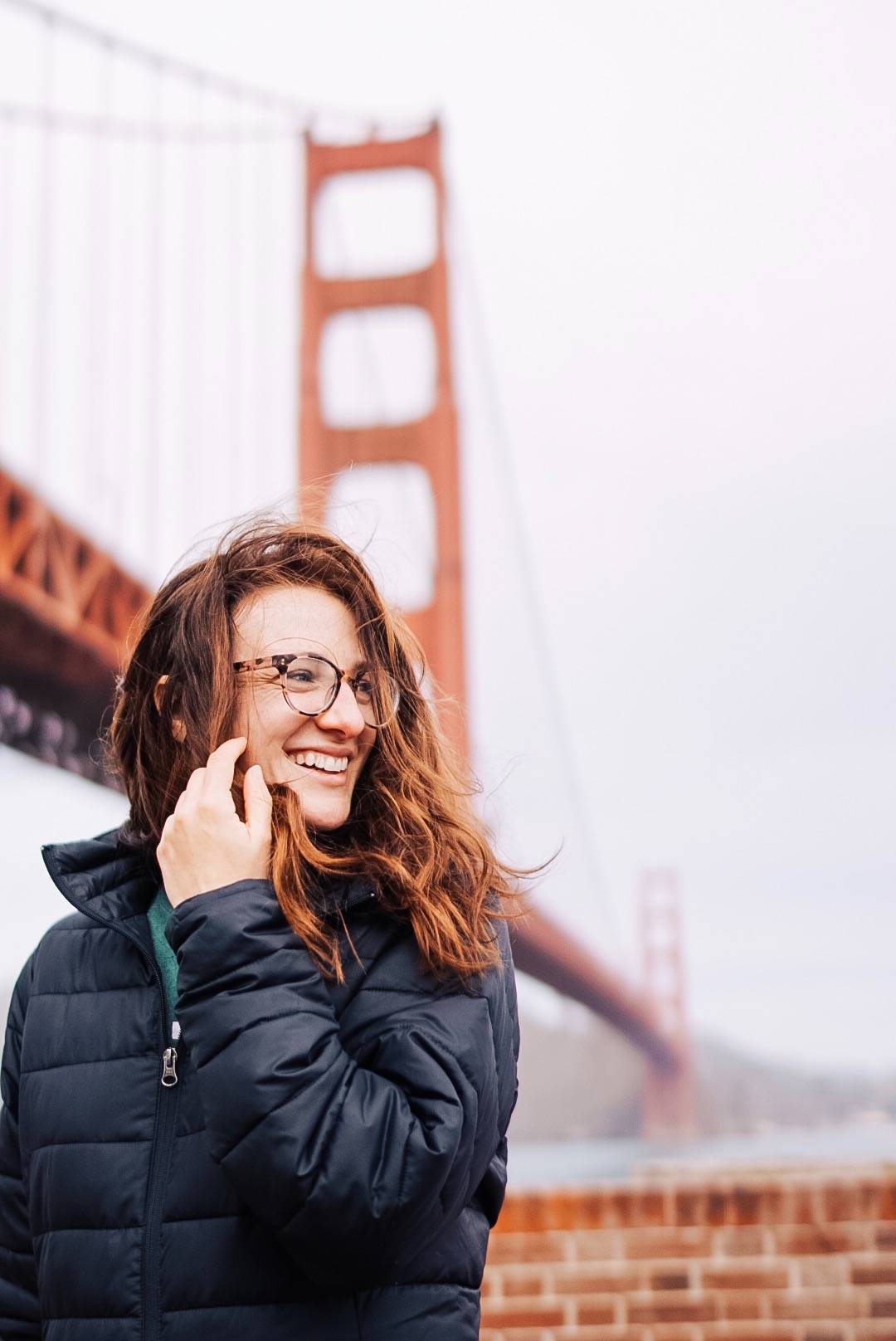 This is one thing I really had to get used to. Like many people, watching The O.C. really skewed my perception of California. I kept thinking “Wow, California has palm trees, I can wear denim skirts all year long, and everyone surfs!”

Well, let me tell you: Palm trees aren’t native to the city and while shakas a plenty are thrown around, not everyone actually gets on a board (hey, the Pacific’s pretty cold).

My friends and I laugh at how we brought shorts, tank tops and sandals to wear only by having the misfortune of staying out till 7 p.m. and meeting Karl (now Karla) the Fog.

While San Francisco averages 160 sunny days a year, the fog can be warm weather’s ultimate foe. And whether you like it or hate it, the fog is a fact of life for San Franciscans.

The fog is part of the marine layer and presents itself in different ways for the city’s residents. We call them microclimates and neighborhoods like The Sunset and The Richmond can be enveloped in thick clouds and fog on a August day, finding yourself swaddled in a beanie, winter jacket and socks while your family on the East Coast laughs in their barely there layers.

The TL;DR is that the weather in SF isn’t the same as the rest of the country — it’s cold in the summer and warm in the winter. So, the ultimate Pro Tip is this: Always bring a layer. Whether that’s a warm jacket or jeans, use common sense. And, maybe live in The Mission (one of the sunniest neighborhoods in the city).

Be a tourist. Seriously. 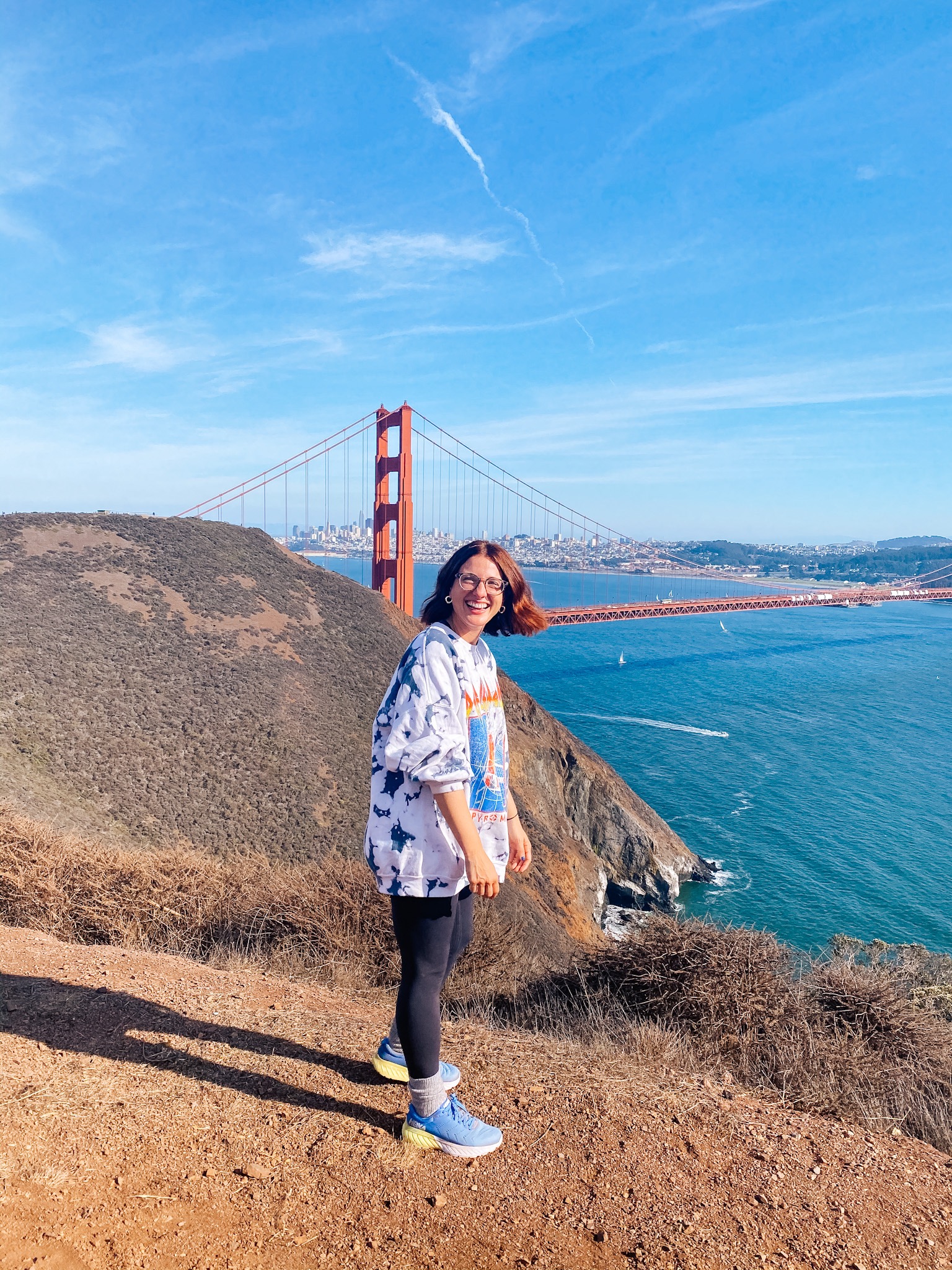 So I’ve talked about walking to explore the city, but don’t forget about the traditional “tourist-y” things that make this city San Francisco. The Golden Gate Bridge never gets old (and actually, it’s not golden but “International Orange”) no matter how many times you see it, Fisherman’s Wharf is still one of the best places to catch some clam chowder (sourdough bread bowl please!) and Golden Gate Park will forever be a safe haven to the incredible flora and fauna in SF (and it’s bigger than Central Park – take that New York!).

Being a tourist isn’t lame. In fact, it’s encouraged. Even after living here for all this time, I still get goosebumps walking across The Golden Gate Bridge, seeing the Conservatory of Flowers lit up at night, the sheer architectural genius of the Transamerica Building, saying hello to the iconic Painted Ladies and witnessing the beautiful and vibrant storefronts in Chinatown (one of the oldest and most established Chinatowns in the U.S.).

Oh! And how could I forget the food? Pro Tip: Get Dim Sum in Chinatown, stuff your face with chocolate from Ghirardelli (it’s too good), order a Mission Style Burrito from La Taqueria and explore one of the many delicious food trucks we have (Señor Sisig, Curry Up Now, and The Chairman are some of my favorites). 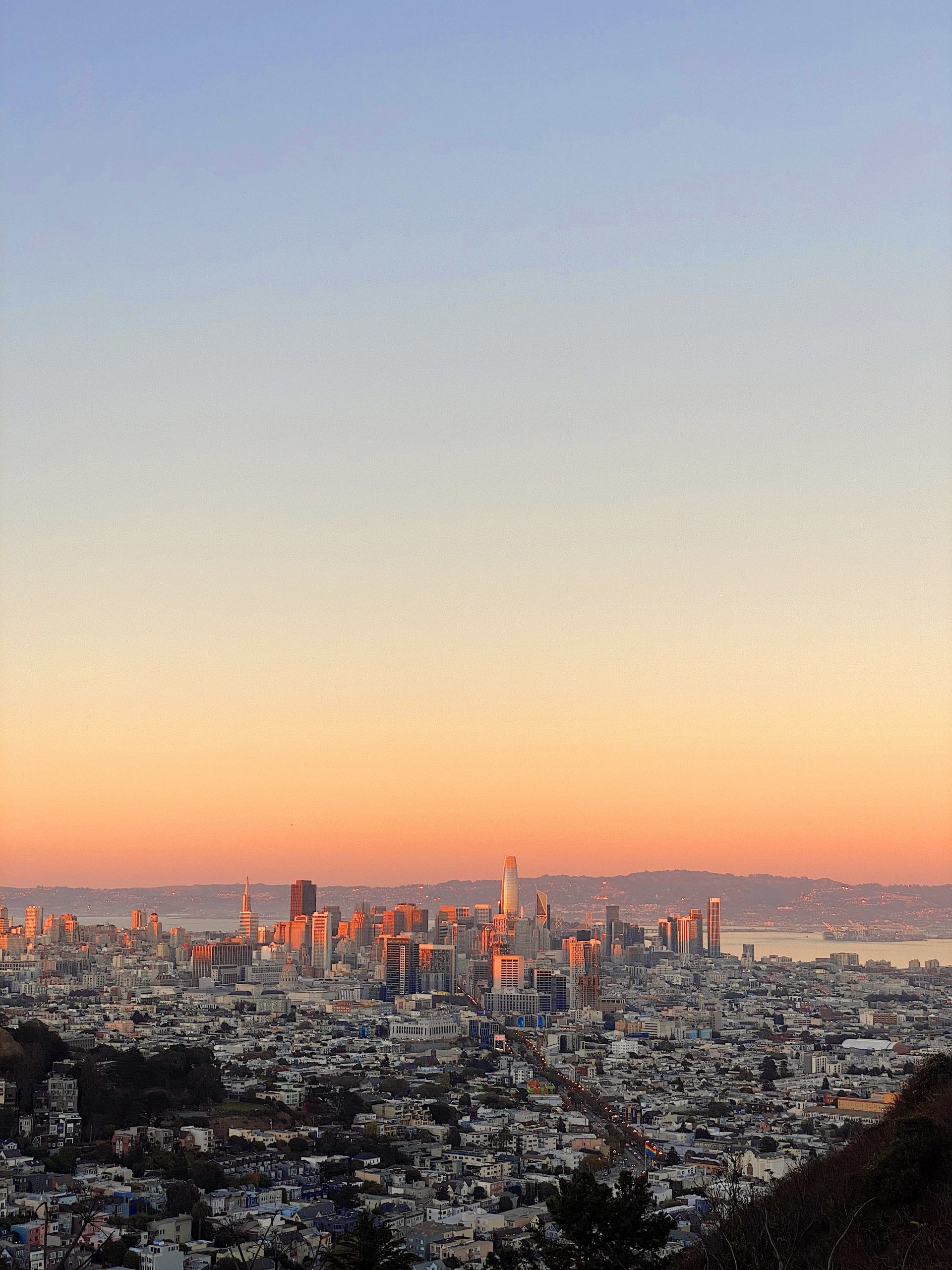 Now, this may be a little controversial – so apologies in advance if I’m on my soapbox. We have a TON of nicknames for our beautiful little city: The Golden City, City by the Bay, Fog City, “The City” as many locals affectionately call it, and hell…I’ll even take Frisco.

Each name has their own unique background and story, but there’s something with San Fran that just hurts. Admittedly I said San Fran when I first moved, but was quickly whipped into shape when someone called me lazy for not finishing two syllables to finish off the name. Good point.

When it’s all said and done, this rule is really the least (seriously) important. But as a new local, you’ll want to immerse yourself in the culture – the SF way.

Thanks Aimee! Ready to embrace the fog, the sea, and the good eats? Private bedrooms at Common City Gardens in SoMa start at $960/month. Book a tour today!

An inside look at Jersey City’s first coliving home

Common at The Agnes offers beautiful, all-inclusive units and access to incredible amenities at an attainable price.

These Bed-Stuy apartments are the best deal in Brooklyn

Average rents in Brooklyn are sky high – but not at Common Owens.