Find out everything you need to know about living in Harlem

If you’re looking for affordable housing in a community-oriented part of New York City, Harlem could be just the place for you. This famous NYC neighborhood offers the best of both worlds because it’s a quiet and soulful residential area that also offers a wealth of music, food, and cultural events throughout the year. People living in Harlem, especially in the popular Central Harlem area, love the neighborhood’s rich history and sense of community. 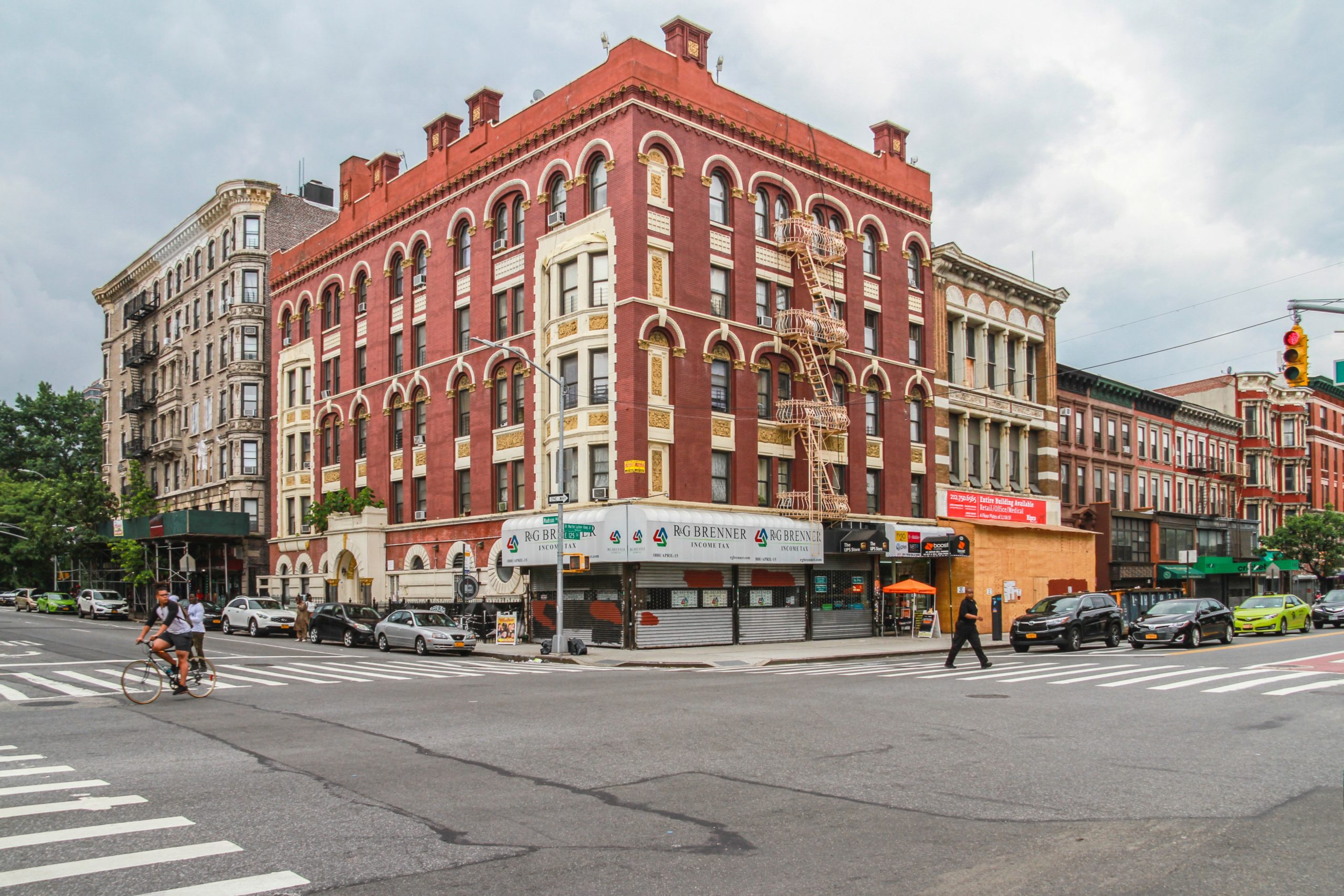 Where is Harlem located in NYC?

Before we dive into a discussion of what it’s like to live in Harlem, Manhattan, it’s important to understand where this area is located. For starters, the neighborhood occupies a large portion of Upper Manhattan. When it comes to defining Harlem’s borders, it becomes a little more difficult because it doesn’t have fixed boundaries. If a walking tour were offered of the area, each tour guide would get to define their own borders.

However, most people agree that 155th Street is to the north and 110th Street and Cathedral Parkway are to the south. Your guide might also pass Madison Avenue and visit the many galleries in the area. For reference, this southern border is to the northwest of Central Park. As for the eastern and western boundaries, the East and Harlem Rivers are to the east and Amsterdam Avenue is to the west. 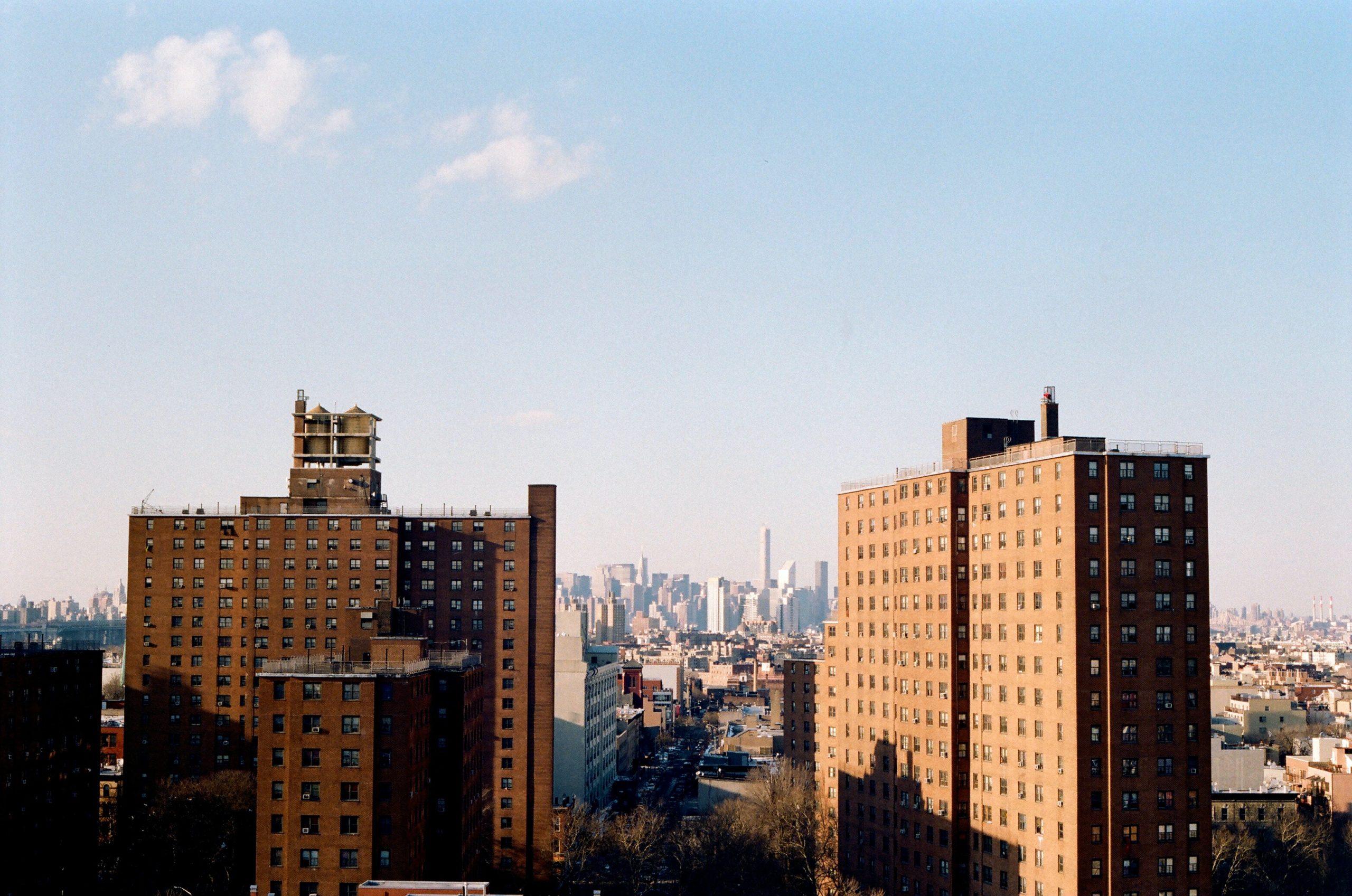 What neighborhoods are in Harlem, Manhattan?

Now that you know a little bit about where Harlem is situated, let’s explore some of the neighborhoods that sit within this community

Central Harlem is one of the most popular neighborhoods for people living in Harlem, New York. It is the birthplace of the Harlem Renaissance (you can still visit Langston Hughes’ house today), and it has been an artistic and cultural destination since the 1920s. This neighborhood is famous for its diverse residents and rich heritage and history. Central Harlem lies between 110th Street, 125th street, and the Harlem River, and Fifth to St Nicholas Avenues.

It is one of the most popular places to visit to learn more about African American art in person. You can go to the Schomburg Center located on Lenox Avenue to learn about the history of Black culture. It is also home to several art festival events throughout the year.

East Harlem, also known as El Barrio or Spanish Harlem, is located between 96th Street and the Harlem River, and Fifth Avenue and FDR Drive. As the neighborhood’s nicknames suggest, this area is home to one of the largest Latin American communities in NYC. Most of the residents are Puerto Rican, but there are also many Cuban, Dominican, and Mexican immigrants.

While East Harlem has one of the highest concentrations of public housing in the United States, the area has been undergoing neighborhood gentrification. This has led to changes in East Harlem living, and it has led The New York Times to place Spanish Harlem on its list of “New Hot Neighborhoods.” El Barrio has numerous happy hour joints and delicious supper club restaurants for Upper East Side and East Harlem residents.

West Harlem is one of the most picturesque neighborhoods in all of New York City. You can find it between 96th and 155th, and Fredrick Douglass Boulevard and the Hudson River. West Harlem also includes smaller neighborhoods, such as Hamilton Heights-Sugar Hill, Manhattanville, and Morningside Heights. Although this area has undergone many changes due to gentrification, it still has its amazing rowhouses on quiet, tree-lined streets. 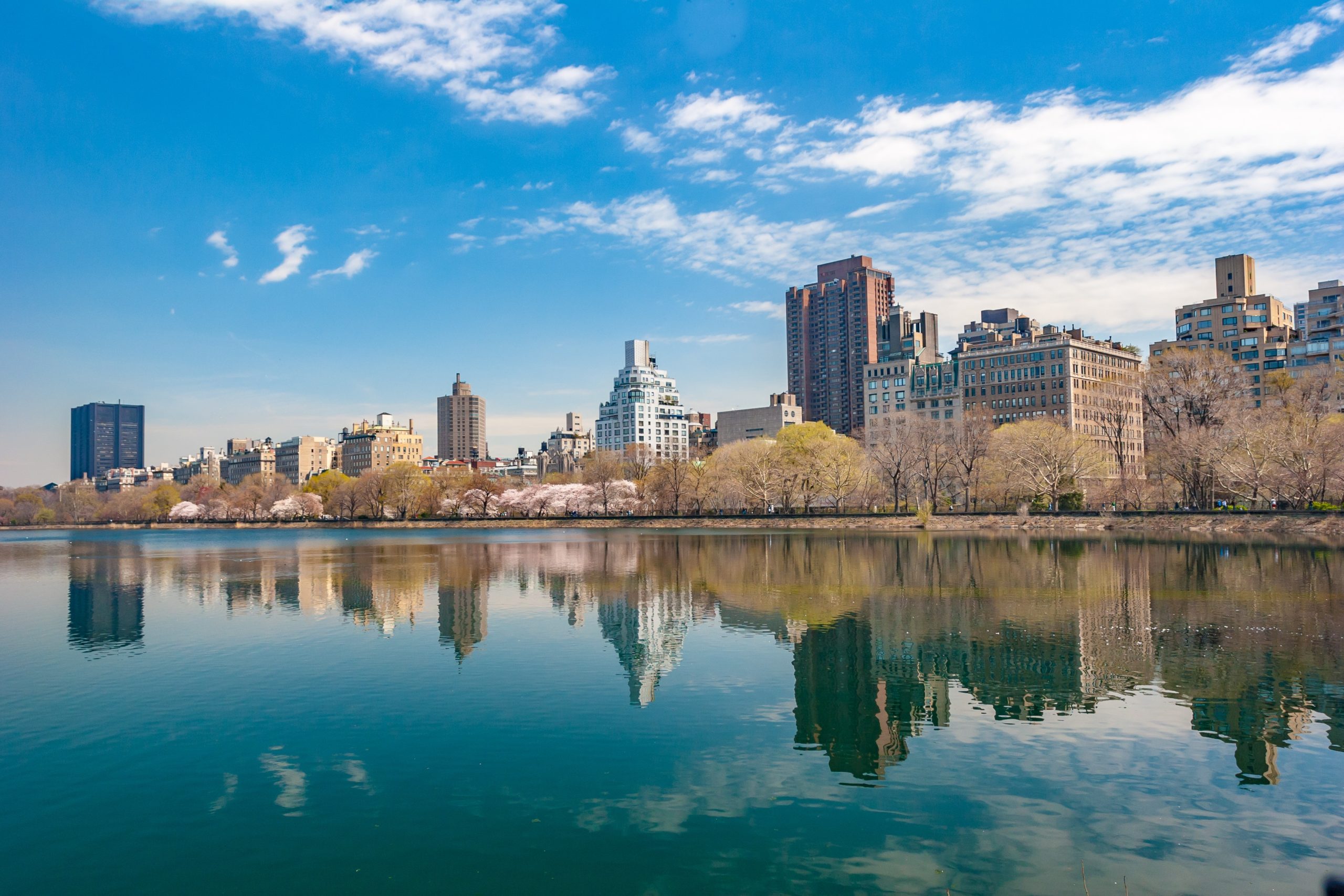 Is it expensive to live in Harlem?

The overall average rent in Harlem is $2,160 per month, which is much lower than the citywide average. Rent in newly developed East Harlem comes in at an average of $2,716 per month, which is still less than many areas of NYC. These rents often inspire young professionals who are thinking about moving to Brooklyn neighborhoods like Williamsburg ($3,479 average monthly rent) to think about living in Harlem instead.

However, the average rent in the smaller Harlem neighborhoods can vary greatly. For example, Morningside Heights has an average monthly rent of $3,290, while Hamilton Heights comes in at an average rent of $2,491. Clearly, the question of how affordable Harlem is depends on what neighborhood you’re exploring. If you’re on a budget, Common’s apartments in Harlem NY could be perfect for your lifestyle.

Is it safe to live in Harlem?

Just like the question of whether it’s affordable to live in Harlem, the answer to this question depends on where you live. Harlem residents have seen this area undergo many changes. In many cases, abandoned lots have been replaced by new affordable housing buildings and condos. These parts of Harlem are emerging as great places to live, especially on the brownstone-lined blocks. 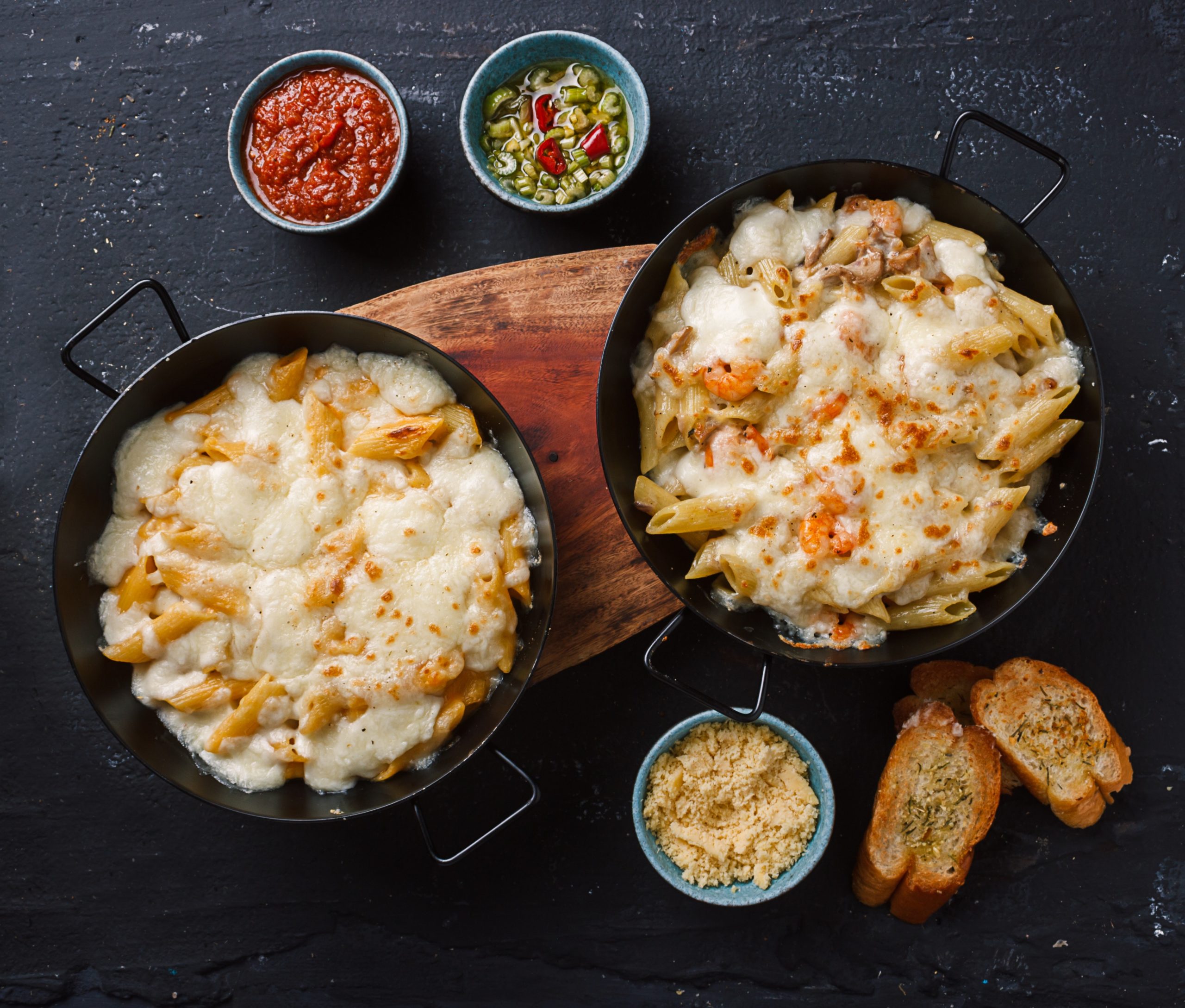 When most people think of Harlem, the Harlem Renaissance and the area’s rich history of jazz, African American literature, and civil rights come to mind. After all, there are historic sites and odes to Old Harlem all around the neighborhood that range from The Apollo Theater to Abyssinian Baptist Church. There are also major streets like Malcolm X Boulevard and Martin Luther King Jr. Boulevard that honor the civil rights icons who walked down them. However, living in Harlem offers much more than a glimpse into history. Harlem has been home to many African American artist groups who have contributed unique art and ideas to African American culture.

Harlem enjoys proximity to downtown Manhattan, but unlike other neighboring areas, life in Harlem tends to feel a bit quieter and more residential. However, this doesn’t mean that the neighborhood is boring. On the contrary, there are plenty of things to do in Harlem because it has a vibrant and thriving scene that’s complete with delicious restaurants, charming bodegas, exciting music, and wonderful cultural events. Plus, the NYC subway system makes it easy to get around town and visit areas that range from Midtown Manhattan to Brooklyn.

When it comes to grabbing a bite to eat, there are plenty of places that Harlem residents frequent. Harlem restaurants are well known for their soul food options. Fans of soul food always make time to visit Sylvia’s Restaurant, which was started by “the Queen of Soul Food.” Sylvia Woods founded this eatery in 1962, and it has been a community staple for locals and a culinary destination for tourists ever since.

Red Rooster Harlem on Malcolm X Boulevard is another popular place to eat in Harlem. It serves upscale comfort food prepared under the direction of celebrity chef Marcus Samuelsson. Harlem Tavern on Frederick Douglass Boulevard is another food and drink hotspot, thanks to the restaurant’s extensive menu and spacious indoor/outdoor setting. This beloved restaurant also offers popular live jazz brunches. Finally, Harlem Shake on West 124th rounds out the list of great eateries by offering burgers and shakes in a modern, diner-like setting.

As for entertainment in Harlem, music plays an important role in the community. The music scene includes iconic jazz lounges and small neighborhood bars. Sometimes, emerging hip-hop stars visit the local dance clubs in neighborhoods where they spent their youth.

No conversation about music in Harlem would be complete without mentioning The Apollo Theater. What opened as a dance hall in 1913 has become a timeless entertainment landmark that has hosted big names like Ella Fitzgerald, Aretha Franklin, B.B. King, and James Brown.

During the summer, Harlem residents flock to Jackie Robinson Park for everything from live music to baseball games. Many locals also make their way to the Marcus Garvey swimming pool for a dip or take a walk at Frederick Douglass Blvd before going to St. Nicholas Park to enjoy outdoor sports and picnics. You can also visit the Alexander Hamilton Grange while you are in the area.

One other component of Harlem living that’s worth mentioning is the pervasive sense of spirituality and activism. The community has a long history of activism, as demonstrated by the many streets that are named after civil rights leaders. You’ll also notice the many churches that line the streets of Harlem. Of these religious institutions, the historic Abyssinian Baptist Church is the most well-known. The devoted congregation flocks to this church every Sunday, creating a full-house for the lively worship sessions. 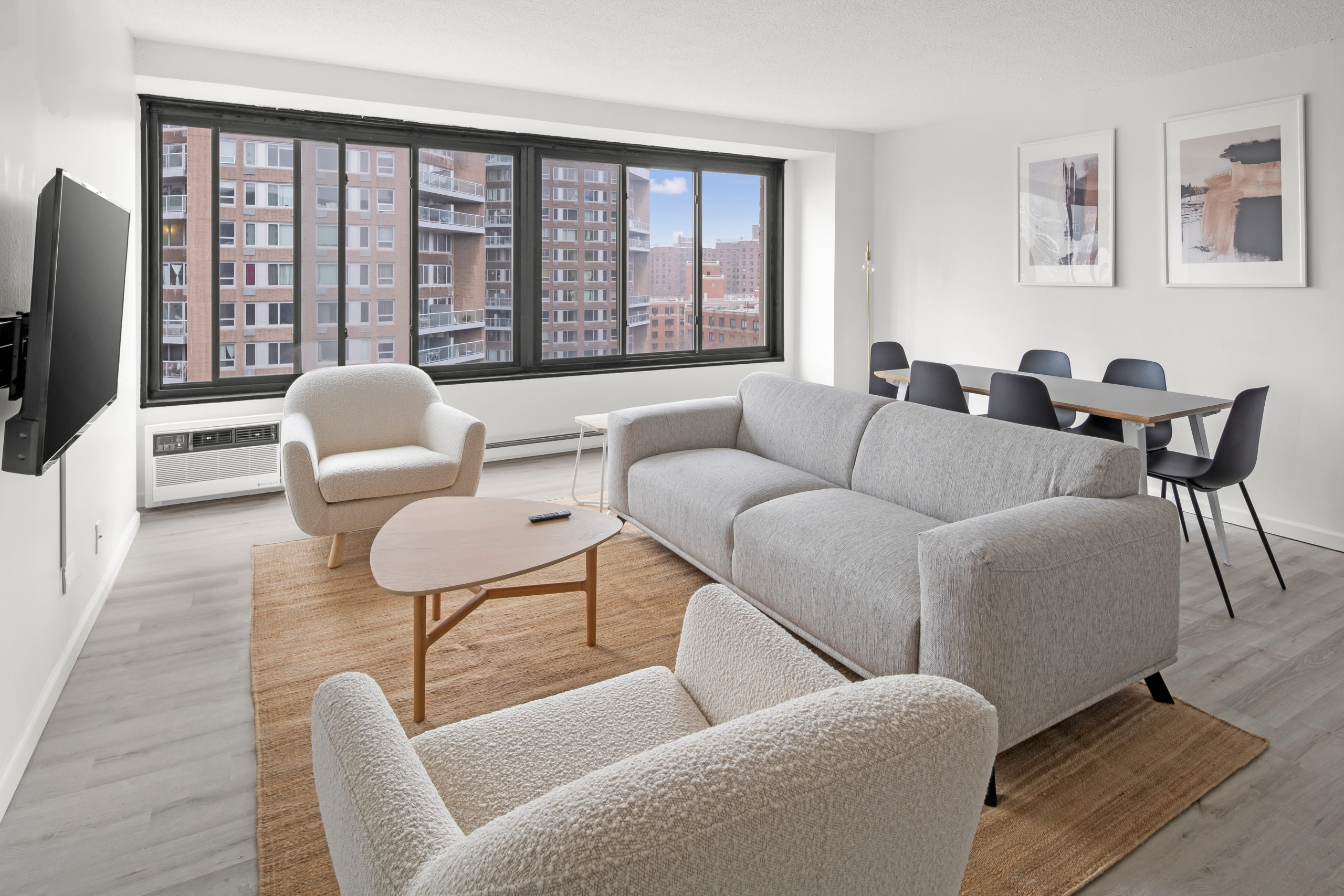 Become a Harlem resident to enjoy this vibrant community for yourself

Harlem is a wonderful place to call home in NYC. It offers affordable housing, iconic restaurants, community vibes, thriving music and cultural scene, and proud history. The area is also a great neighborhood for people who value living in a diverse area.

Want to find out more about living in Harlem? A coliving home in a neighborhood within this iconic area may be exactly what you’re looking for. You can enjoy city living for an attainable price by renting a private room in a beautiful, shared suite within a friendly home.

Check out the Heritage by Common, just one block away from Central Park! Or, if you’d prefer to live a little further from the park, located by the river, Common Hamilton may be the perfect fit for you. Explore more coliving homes in Harlem today!