3 ways to spend the day near Lincoln Square by Common

Philadelphia, being one of the country’s first cities, is home to a diverse collection of neighborhoods — from the suburban, to bustling miniature cities, and everything in-between. One Philadelphia neighborhood, though, stands out for being accommodating for just about everyone. Southwest Center City and its neighboring Center City are the heart of Philadelphia, and judging by their diverse array of eats and attractions, it shows.


Philadelphia’s foodies are in luck, as the city offers some of the best eats, well, anywhere. Southwest Center City is no different, as its burgeoning food scene has put the neighborhood on the map — and the small screen. Start your day with a cortado to-go from ReAnimator (and maybe grab some beans for an at-home brew) accompanied by a fresh danish from vegan favorite Batter and Crumbs.

Opt for a light lunch (save Geno’s for another day) and save room for dinner at arguably Center City’s best restaurant, Vernick Food and Drink. Don’t let the modest name fool you: Vernick does their “food and drink” better than the rest. They’re currently only offering outdoor dining, but have heaters set up to make the accommodation a bit more cozy. Still, we advise sipping on their 9th Street Mezcal cocktail to be transported to faraway (read: warmer) destinations.

For the arts obsessed


More interested in Monet than Mezcal? Fear not, for Center City’s arts scene is serious. Though currently closed to the public, Philadelphia’s Magic Gardens is a mixed-media community outreach museum with truly breathtaking wall-to-wall mosaics. In the wake of the Black Lives Matter movement, the Magic Gardens are also a force for change, pledging large donations to the NAACP upon their reopening.

Looking for something totally out of the ordinary? For the truly curious, the Mütter Museum at the College of Physicians of Philadelphia specializes in rare varieties of biological specimens. Though a 20 minute ride from Lincoln Square by Common, this unique museum is a must visit — and could easily take a whole day to fully experience.

For the green thumb


For those looking to experience the great outdoors, Center City — and Philadelphia at large — has greenspaces that will make you forget you’re in a major city. The best part? Many of Philadelphia’s best (and most under-the-radar, shh!) green spaces are a short distance from Lincoln Square by Common.

Perth and Addison Park is considered by some to be the single most romantic spot in Philadelphia, and is situated between colonial-style townhomes. This scenic and secret destination is only a brief and equally scenic walk from Lincoln Square, and is sure to become one of your go-to spots. Need something even closer to home? Hawthorne Park is only a block-and-a-half away and, though it’s marginally smaller than Perth and Addison, there’s still plenty of space to spread out and catch some much needed rays. 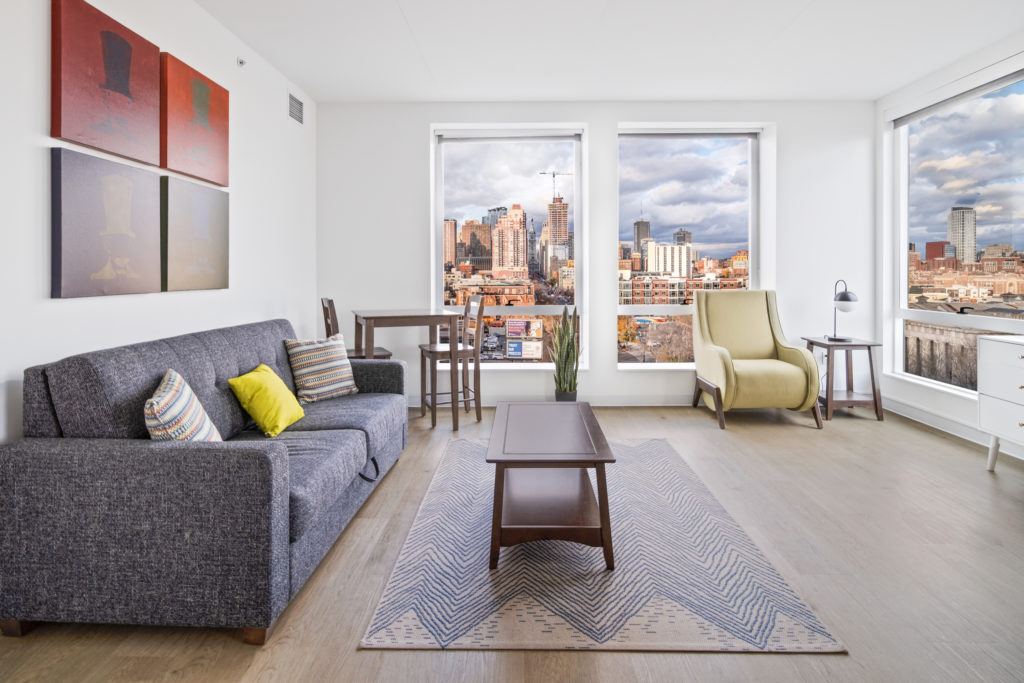 What you can rent in Pilsen, Chicago for less than $1,000/month

We’ve found a few places for those looking to enjoy all Pilsen has to offer without breaking the bank.

What you can rent in Philadelphia for under $1,200/month

If you’re looking to live in Philadelphia on a budget, we’re here to help.

We caught up with Clare and Brendan, Head Chef and Assistant Restaurant Manager at Murray’s Cheese Bar to get the low-down on their favorite menu items, what they love about the neighborhood, and of course: the ultimate cheese board.