Los Angeles’ seaside paradise, Marina Del Rey, has grown increasingly attractive in recent years — with both die-hard Angelenos and California transplants flocking to the neighborhood. Marina Del Rey is proof that living by the beach doesn’t mean sacrificing city life, as many of LA’s best attractions have opened outposts in the neighborhood. And the ones that haven’t (yet) are still only a brief drive away.

Marina Del Rey’s newfound popularity comes with a price, however, as apartment rates in the neighborhood are steadily increasing. That’s not to say there aren’t still some attainable options out there, but you might have to do some digging in order to glean a gem. Fortunately, we’ve done the digging for you! Here’s what you can rent in Marina Del Rey for less than $2000/month.

While this listing scrapes our price ceiling at $1,995/month, the verdict is still out on whether it is deserving of its $5/square foot price tag. Wood floors and ample closet space are definite draws to this studio, as is its easy beach access. Home cooks need not apply, however, as the counter space leaves much to be desired. The views from this apartment’s private balcony are also undeniably dreamy. The $3,500 deposit? Not so much.

Our next pick comes in slightly down market at $1,830/month and, like the previous apartment, this unit is a studio. In addition to being marginally more affordable than 24 Union Jack Street, this studio boasts nearly 60 additional square feet, which is sure to make a difference. A spacious terrace and a bathroom complete with a built-in vanity make this listing stand out, but perhaps most intriguing is the lush landscaping of the apartment complex’s grounds which are sure to feel downright whimsical during a Marina Del Rey dusk.

In addition to living on Catamaran Street, this apartment grants you the luxury of having a completely blank canvas to work with. White walls, floors, cabinets, and appliances mean that you can (and should) decorate the apartment with pops of color to let your personality shine through. At the back of the unit is a semi-enclosed patio, which offers privacy at the expense of being able to take in some of Marina Del Rey’s sights. 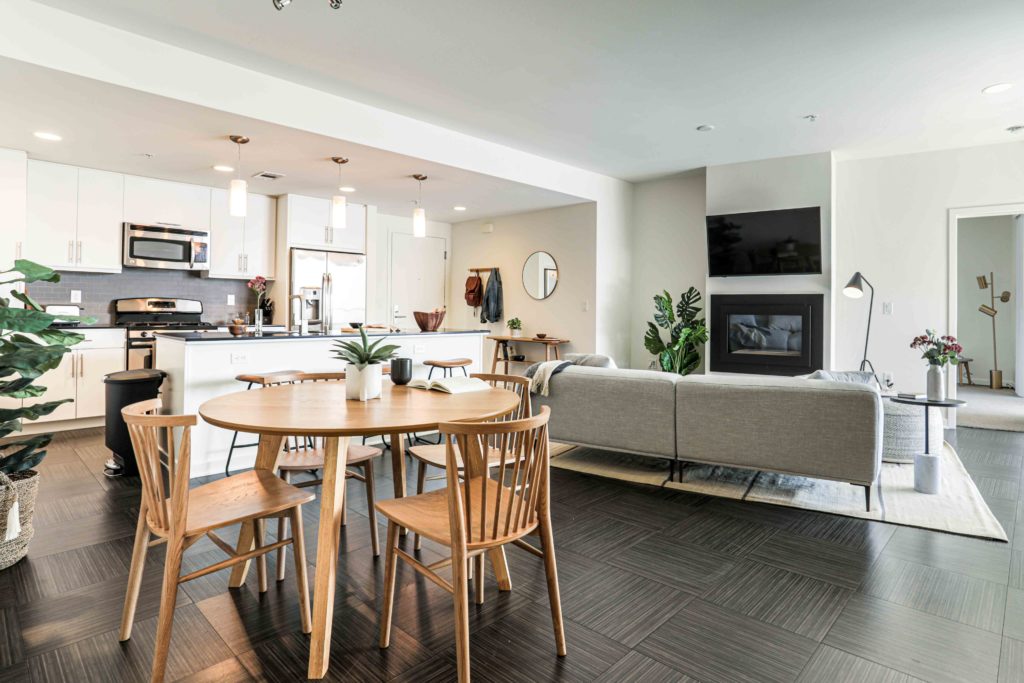 By far the best deal in the neighborhood, our Marina Del Rey home, Stella by Common, is the easiest way to get the most out of living in LA’s beachside playground. Private rooms in fully furnished suites start at $1,735/month, with included amenities like a full gym, onsite laundry, a furnished rooftop and a fully-loaded coworking space. This makes Stella by Common the perfect place for work, play, and everything in between, but when you need to get some fresh air, Stella is in the heart of it all. A short walk puts you at Marina Del Rey’s waterfront, and a short drive at Los Angeles’ Abbot Kinney.

For the price, we can’t think of a better place to live in Marina Del Rey than Stella by Common. Don’t just take our word for it, though! Schedule a virtual tour of our Marina Del Rey home — and maybe some of the other units on this list — and we think you’ll see why life is better at Common.

What you can rent in Pilsen, Chicago for less than $1,000/month

We’ve found a few places for those looking to enjoy all Pilsen has to offer without breaking the bank.

What you can rent in Philadelphia for under $1,200/month

If you’re looking to live in Philadelphia on a budget, we’re here to help.

How to spend a summer day at Common at Broadridge

At Common at Broadridge, your perfect summer day is just a few steps away from your front door!