Making friends and creating a community can be hard, especially when you move to a new city. We spoke with Nathan, a member at Common Paramount, about how he made forever friends in Los Angeles. 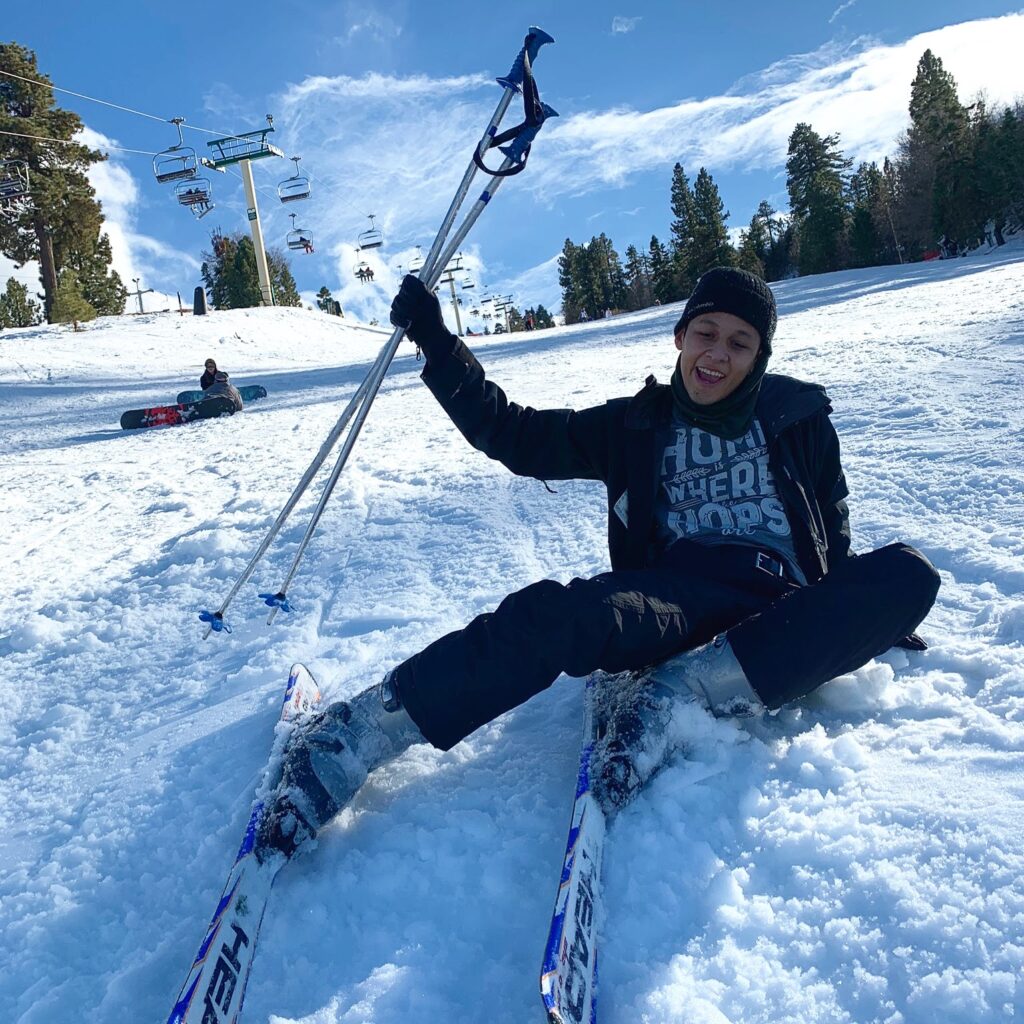 Hi Nathan! Can you tell us a little bit about yourself?

Hi! I’m originally from Ontario, California and I enjoy skiing, traveling across the country, and hiking. I’ve also found a ton more interests after I moved to Los Angeles. I really like the nightlife scene that Hollywood has to offer and there are a lot of places to go hiking — which is a huge plus!

Scheduling a tour with Common was pretty easy and simple. They had a lot of availability to view the apartment in person or virtually which was awesome. I found out about Common through my friend who was living with a different company. However, they didn’t seem as social and connected to their members as Common is, so it was a no-brainer to go with what suited my needs, which was to create new friendships.

How long have you lived at Common Paramount? Are you in a coliving suite or a studio apartment?

I have been living at Common Paramount for about seven months and I currently live with two other amazing suitemates who made it really easy to make friends. When my two other roommates moved in, we had a nice dinner and got to know each other better!

You chose to move into Common because you wanted to create more friendships. What are your friendships at Common like?

When I first moved into Common Paramount there were only 10 other people in the building so it was a bit difficult to make friends. As the building filled up over time, it became easier. The Common app led me to meet new members also, which meant more friendships. The majority of my friends when moving to Los Angeles have come from Common Paramount and member events. I have created long-lasting connections that I will carry with me forever. There have been plenty of nights that we have all gotten together and had the time of our lives creating memories, like when they threw me a surprise birthday party. 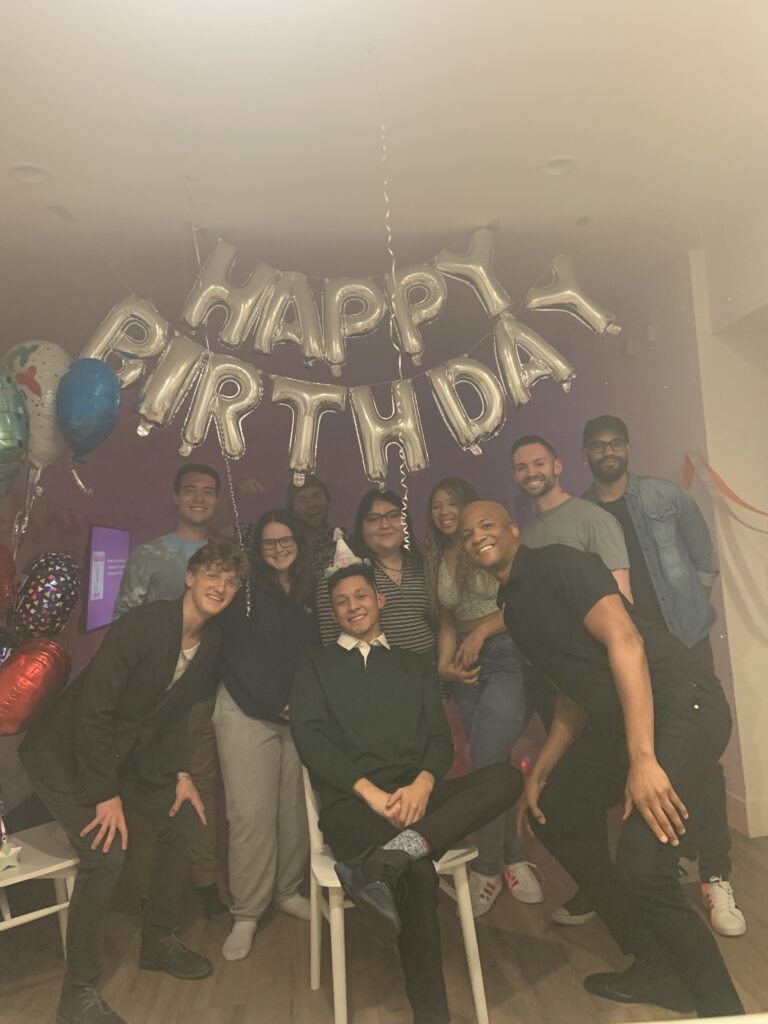 How do you think Common makes city living easier?

Looking for a traditional apartment makes the apartment search more difficult since you have to think about the cost of utilities, wifi, and furnishing a new home. When joining Common, everything is already taken care of which makes it so helpful. This was my first apartment and I didn’t even take into account that I would need things such as pots and pans but Common took care of everything I could need so moving in was a breeze.

How do you think Common helps members create friendships?

Coliving leads you to get close with your suitemates. Sharing a home really brings you out of your shell and makes you want to talk with and get to know your suitemates — you also have people to explore the city with, which is great!

I feel as though Common creates plenty of opportunities to _____

Common creates plenty of opportunities to explore new places. I love that I am able to easily move to another Common building if maybe I want to try the East Coast with their large presence in New York City but I don’t think my heart could leave the West Coast for too long.

What’s your favorite part about living at Common Paramount?

My favorite part about living in Common Paramount is the location. Everything is within walking distance and I have found some pretty amazing places to eat just a block away that I go to often. Above all else is the people there, with the group chat there is always someone talking about activities or wanting to invite others into their home.

Dream celebrity roommate: I would have to say my dream roommate would have to be Dwayne ‘the Rock’ Johnson. I feel like everyone has a couple of things they could learn from that smoldering guy!

Favorite local spot in Hollywood: My new spot located just a few minutes away would have to be “The Fountain Community Garden.” There are beautiful plants and flowers with a lovely path and plenty of laughter from children running through.

Place you spend the most time in Los Angeles: Once I moved to LA I never knew how fun West Hollywood could be — excuse me I meant to say WEHO, as all the locals call it. Clubbing and dancing all night long is where I spend my weekends.

Describe your ideal day in Hollywood: My Ideal day would have to be some amazing breakfast at the local coffee shop called “Go Get Em Tiger” with a black coffee for sure, A hike or walk up Griffith and enjoying the sunset.

You can never have enough ______ while living in Hollywood: Hollywood Blvd 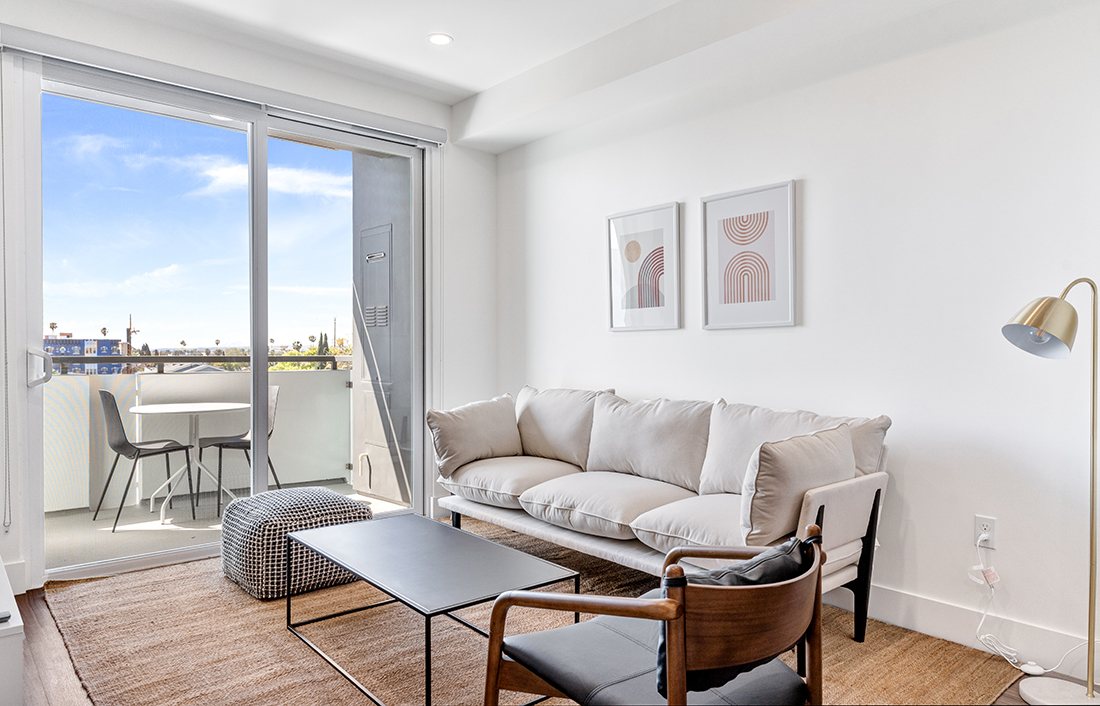 Interested in making the move to Los Angeles? Head to our website to find out more about Common Paramount and book a virtual tour today!

How Pat found community while working remotely at ALTA by Common

Although he lives with roommates in a coliving suite, the amenities at his Long Island City home give Pat space to stretch out and stay inspired while working from home.

How Adrian found an apartment he loves at Common

Besides a comfortable and beautiful apartment in Brooklyn, Adrian’s move into Common gave him a chance to meet new people and connect with his community.