What you can rent in Jersey City for under $2,000/month

Jersey City, once NYC’s most prominent commuter city and perhaps the origin of the term “bridge and tunnel,” has become a destination in its own right. Boasting breathtaking museums, buzz-worthy dining, legendary East Coast history, and some of the best views of Manhattan, Jersey City is so much more than a commuter city.

As Jersey City tip-toes out of New York’s shadow and begins to achieve its own prominence, however, the city — while still a bargain in many ways — grows pricier. Despair not, for there are still deals to be found in Jersey City! In fact, the team at Common has rounded up some of the best deals on the rental market at the moment. Without further adieu, here’s what $2,000/month will get you in Jersey City. All things considered, this rental has a lot going for it… but there are a few detractors. The kitchen is equipped with new appliances, including a gas stove and a dishwasher(!), but the shiny stainless steel fridge might not be enough to distract from the dated cabinetry and tile backsplash — which, if we aren’t mistaken, is the same tile used in the shower. The pre-war two-bedroom has received some other recent updates, including new flooring, and it does have a bathtub. Still, for $1,900/month, we think there are some better deals to be had in Jersey City. Next! Okay, first thing’s first: this one-bedroom is on Vroom street. How fun is that? Moving on, this Jersey City listing is one of our more affordable options at $1,424/month, and is also equipped with both a gas range and a dishwasher. The kitchen looks new overall, and — while not chef-grade by any means — there’s plenty of counter space. Natural light is good, but where this listing really shines is in its proximity to both Lincoln Park and Jersey City’s historic downtown. Vroom vroom! 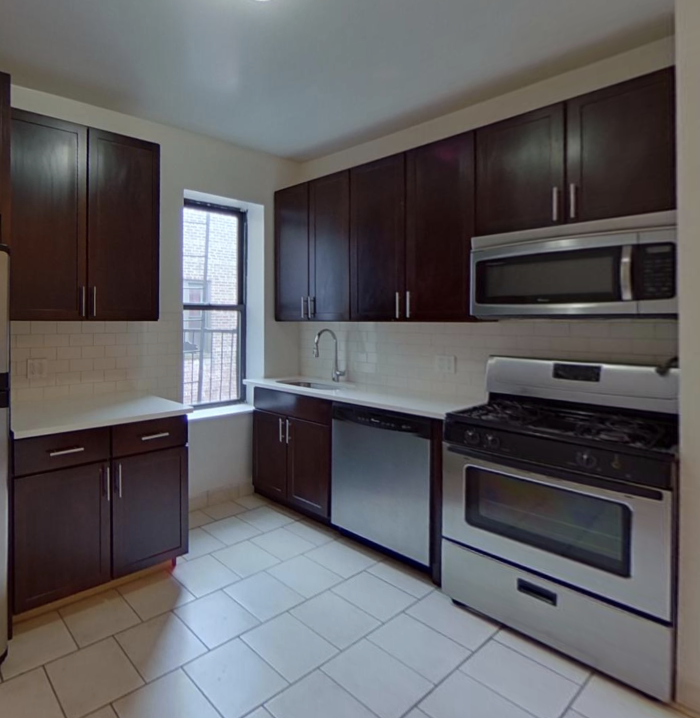 The only listing so far with a building mascot (in the form of the arms-outstretched statue outside), this listing is a relic of a bygone era — without being dated. The Art Deco-style Vintage Fairmount building boasts a truly unique geometric foyer and a winding staircase, but the unit itself is subdued and quite liveable. The kitchen is small, but the other living areas are open and well-lit. Sadly, the views from the $1,695/month one-bedroom aren’t great, but viewing the building itself from across the street is nothing short of marvelous.

Common at The Agnes 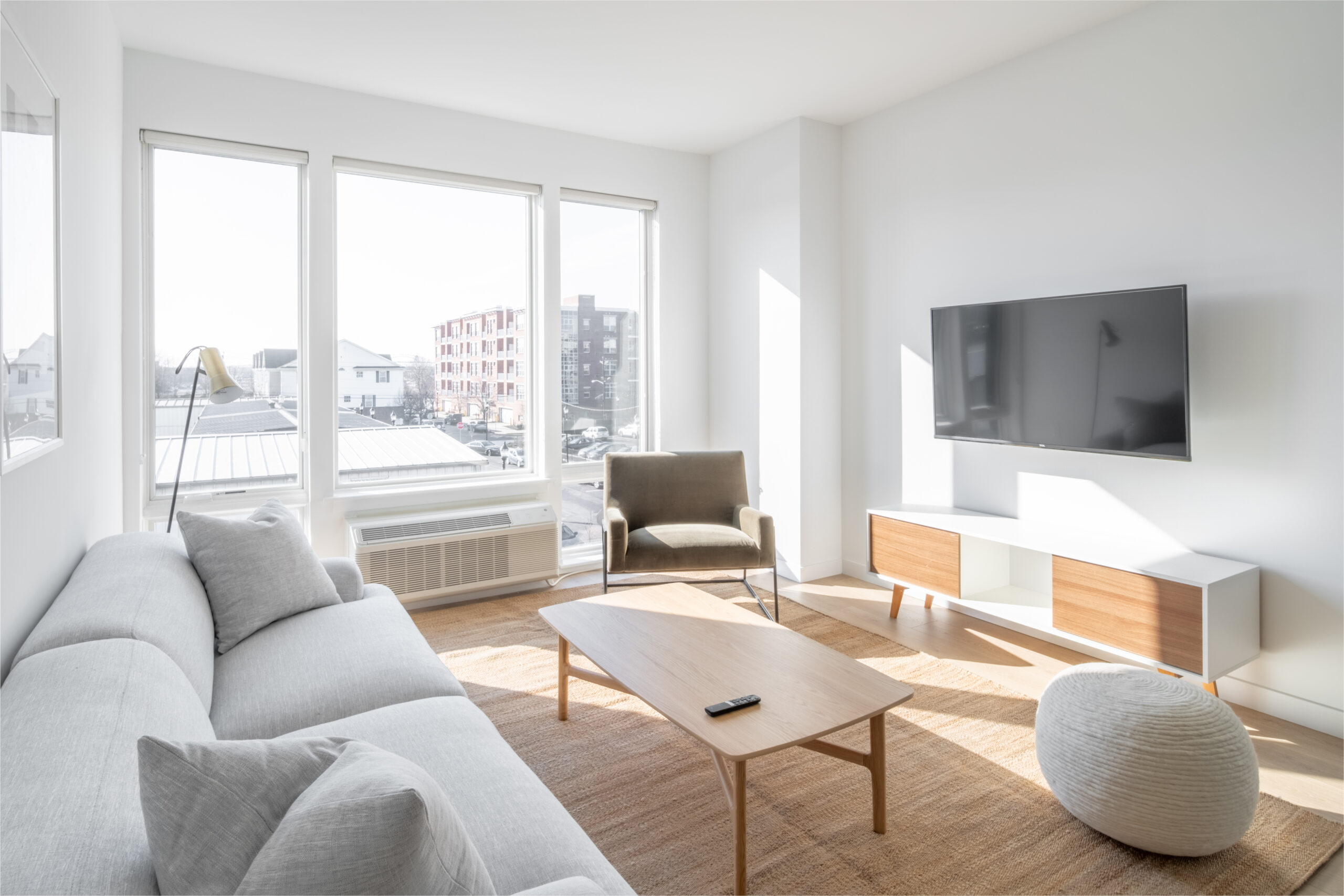 Are we biased? Maybe. Is Common at The Agnes one of the best places to live in Jersey City? Definitely. With private rooms in furnished coliving suites starting at an all-inclusive rate of $1,375/month, Common at The Agnes is the most attainable option on this list — and it only gets better from there. Inside the spacious units, beautiful, open spaces allow for beyond comfortable apartment living, while amenities like regular professional cleanings, WiFi, and even an endless supply of household essentials make life incredibly easy at Common. Plus, Common at The Agnes’ prime West Side location means you’re right in the heart of the Jersey City action. Oh, we almost forgot: in the dead of summer whether you’re commuting to the city or working from the Common at The Agnes work space, you can finish your day with a relaxing dip in the pool. Does it get any better than that?

Whether you’re a lifelong Jersey City resident, a new New Yorker looking for a great deal on housing, or just a fan of all-inclusive living, Common at The Agnes is the place to be. Schedule a tour of our Jersey City home and see how sweet life across the Hudson can be!