When most people think of this capital city, its royal architecture comes to mind – featuring everything from Blenheim Palace to Windsor Castle. You might also envision the colourful storefronts of Notting Hill or other top tourist attractions like the Harry Potter Studio and the Big Ben clocktower.

While you’re sure to tally thousands of steps on your private tour through these magnificent locations, London also offers expansive green fields and meandering pathways for your walking pleasure, too.

Whether you’re stepping foot into the city from your cosy studio or upscale flat, be sure to pack a raincoat, a camera, and a pair of comfortable trainers. Here are eight iconic sites you might witness on walking days trips from London.

#1 Westminster Abbey and the Tower of London 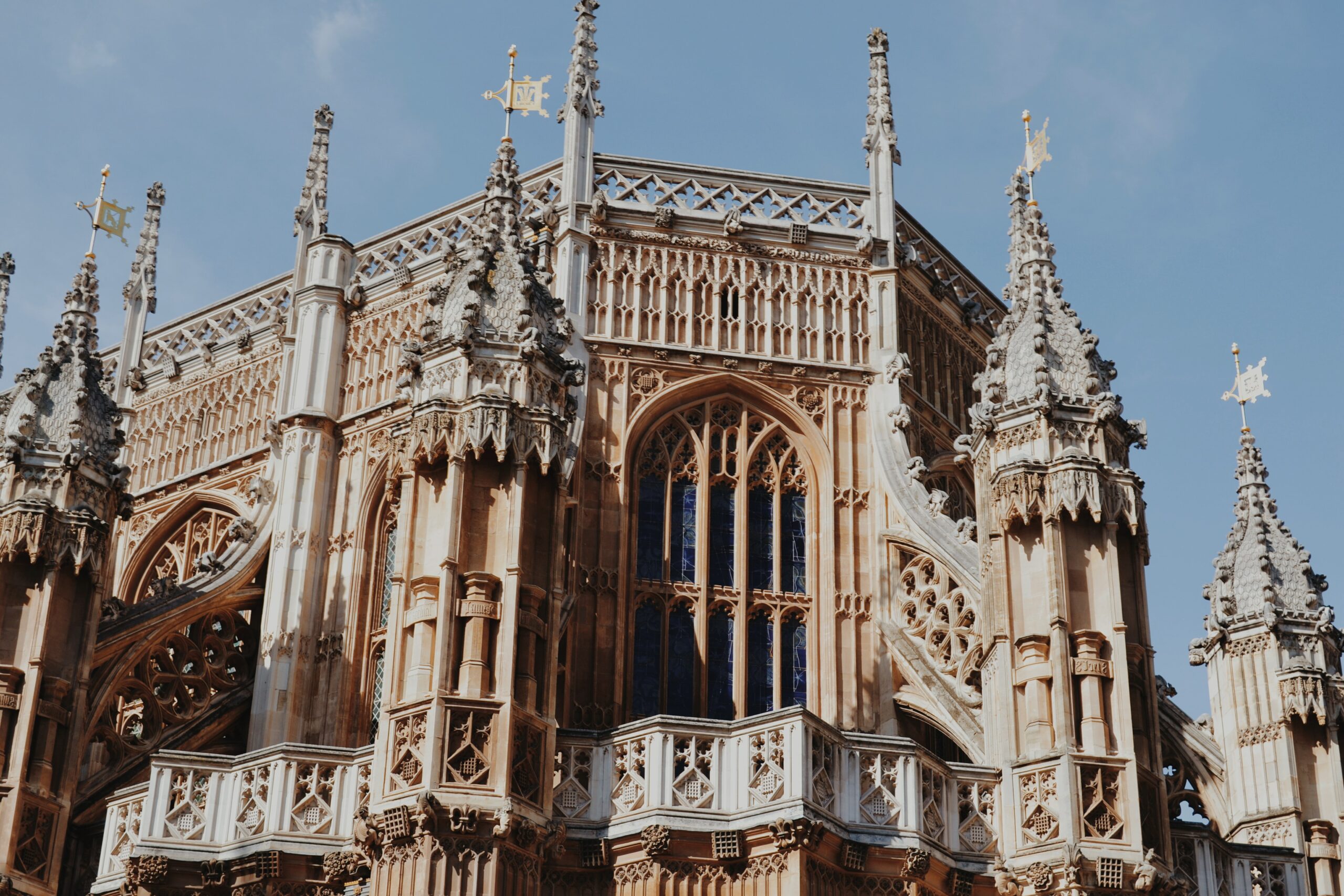 Viewing the Houses of Parliament from the east end of Westminster Bridge is an experience like no other. With the renowned London Eye and Westminster Pier in the background, you’ll have the ideal setting to snap a selfie or to capture the cityscape on film. Along the three-mile route between Westminster Abbey and the Tower of London sits this spectacular viewpoint.

Westminster Station is an excellent place to begin your walk. From there, you can:

The Thames Path is simple to discover; follow the Thames, UK’s most renowned river, as it snakes through London. This meandering 80-mile track separates into four parts on both sides of the river’s banks. Depending on where you begin your walk, you’ll:

You might even catch a glimpse of the barrier in operation during one of its monthly testings if you’re fortunate.

A lesser-known—but equally as gorgeous—stretch of this walk may be experienced in the Southwest:

The Thames Path is straightforward and often well-marked from west London to its terminus at Greenwich’s Thames Barrier. At times, you’ll need to deviate somewhat from your intended path to go around structures, but it’s relatively straightforward to locate. 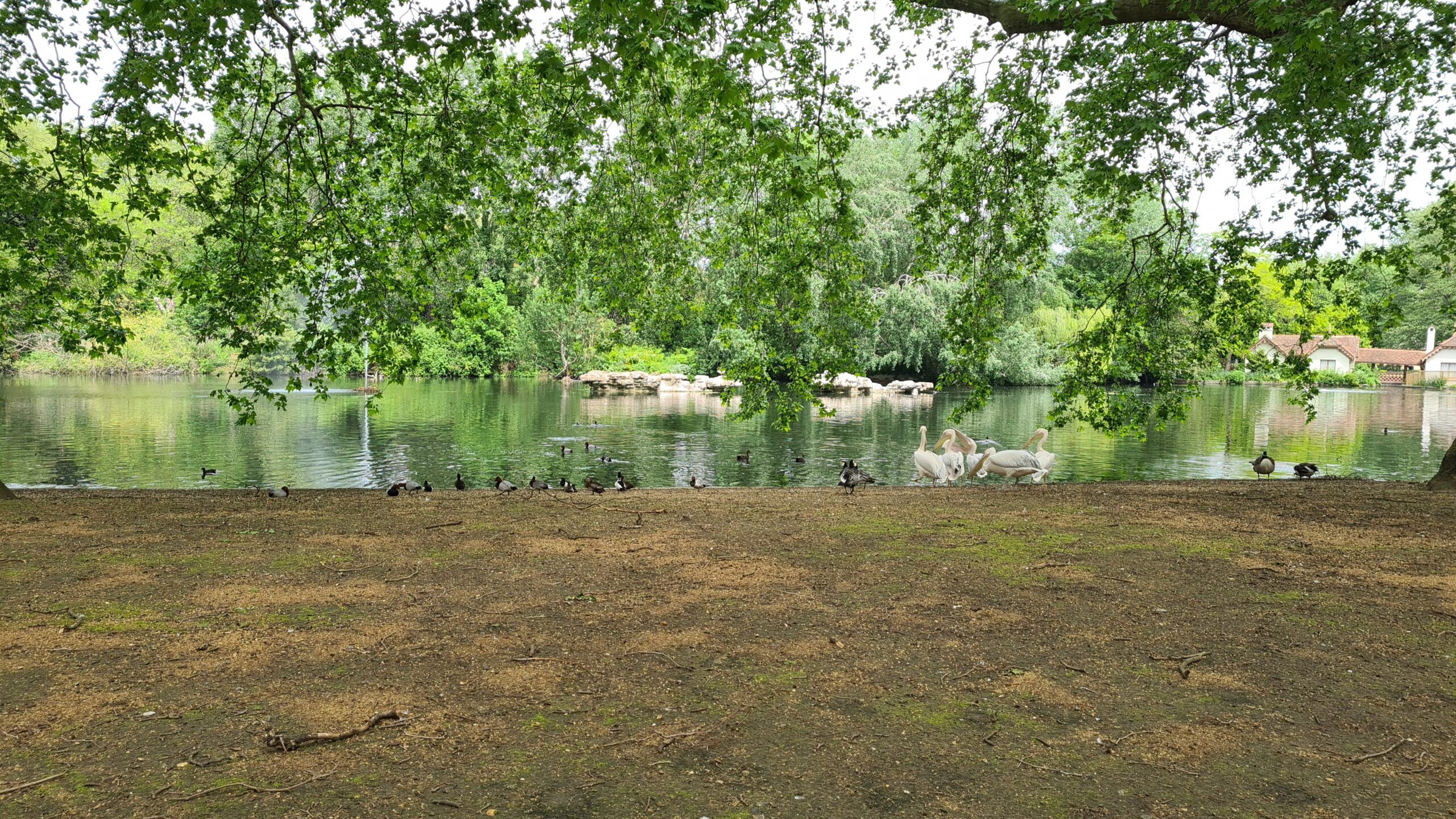 St James’s Park is one of London’s oldest Royal Parks and is adjacent to Westminster, St James’s Palace, and Buckingham Palace. Aside from it being located in one of the most famous places to live in London, it’s also an excellent opportunity to interact with British wildlife adapted to human presence, such as squirrels that will feed on your hand if you’re patient, and observe the park’s most renowned birds: the pelicans.

Although this is not the most tranquil of walks, St James’s Park is one of the busier tourist areas and is nevertheless worthwhile. The views of the famed fountain and the colossal weeping willows greet you as you enter the park, making it hard to believe that it was once a swampy marsh area.

The three-acre park, one of four Inns of Court between Temple and Blackfriars, is available on weekdays. Since the 14th century, the Inner Temple Garden has been evolving from an orchard. You may still witness the traces of the garden’s past from the historic orchard, the iron gates from the 18th century, and the Queen Anne sundial.

Numerous British birds live in the garden. Among the local fauna, you may find:

However, the flowers such as tulips, poppies, geraniums, dahlias, and snowdrops, are its primary patrons. It’s a quintessentially British garden, a ‘haven of tranquillity,’ with plants bursting into blossom.

The walks are tree-lined and tranquil, purple-bordered in spring by bluebells. The groomed lawns are ideal for a picnic, and many of the walks are dotted with seats for quiet reflection and enjoyment of the gorgeous surroundings. 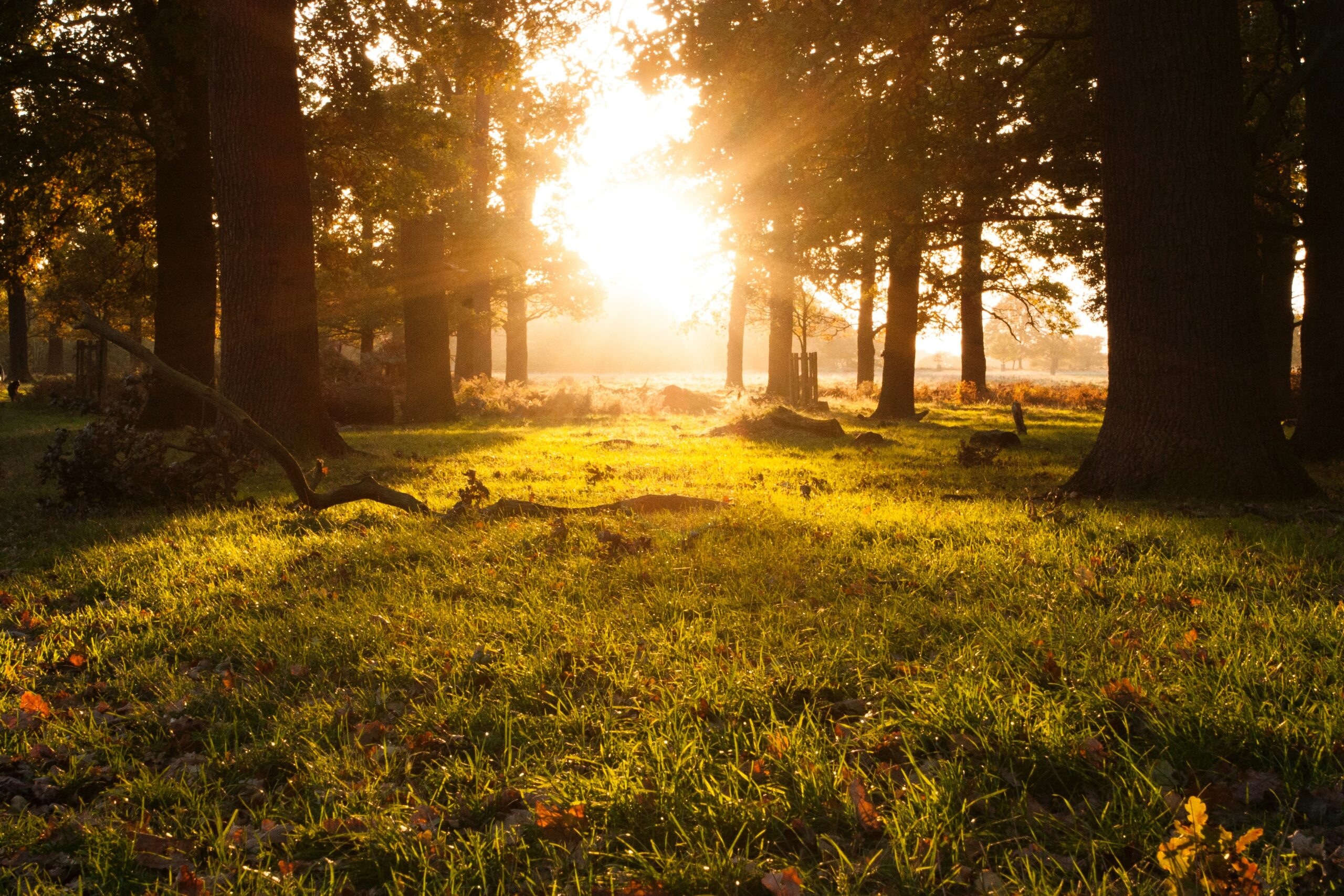 Richmond Park is an outdoor enthusiast’s paradise. It’s located in southwest London and is so large that you’ll want to plan at least a full day for your explorations. While enjoying the many walking routes, you’ll come across towering trees or perhaps a passerby deer.

The spectacular National Nature Reserve is one of the eight Royal Parks and essential animal habitat. Along with grazing deer, you’ll discover:

This enchanted paradise is stunning at any time of year, especially in the spring, when it blooms with hues that seem as though they’ve been painted on canvas. Plus, King Henry’s Mound commands a unique vantage position, with unmatched views of the Thames Valley and, on a clear day, a distant glimpse of St. Paul’s Cathedral.

The Tasmin Trail is the park’s primary walking trail. This broad track, a little over seven miles in length, wraps around the park’s perimeter, inviting everyone from bikers and walkers to joggers and horseback riders to take advantage of its mainly flat terrain.

The newest designated walk in London is the Jubilee Greenway. On the occasion of the Queen’s Diamond Jubilee and the 2012 Summer Olympics in London, it measured 60 kilometres long – one kilometre for each year of her reign. The walkway divides into ten parts and connects Buckingham Palace to Limehouse Basin, going through some of London’s top attractions and Olympic venues. The Queen inaugurated one of the glass pavement markers outside her Buckingham Palace residence, an excellent starting point for a fun-filled walk.

#7 The Jubilee Greenway and Little Venice 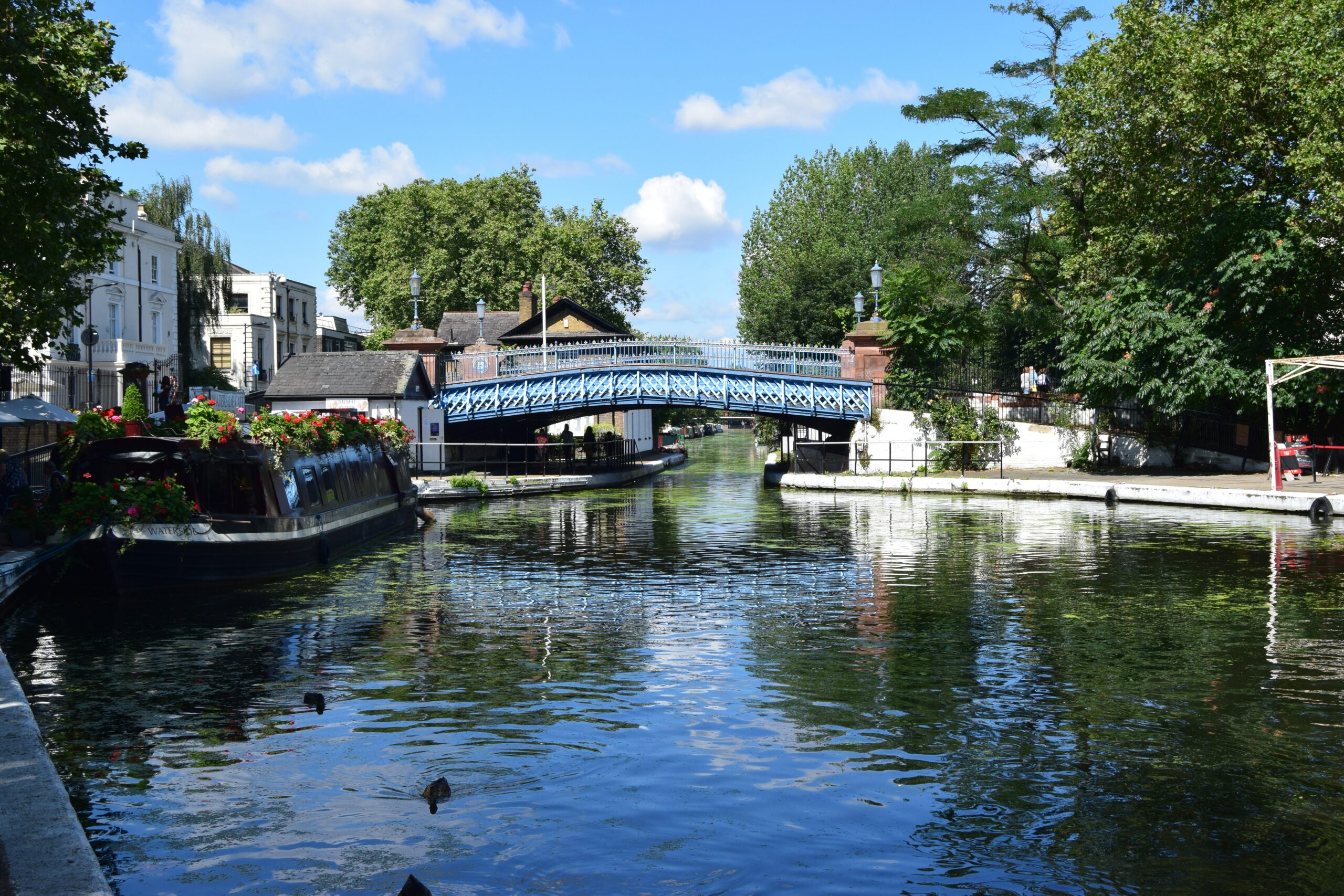 Regent’s Canal is one of London’s most lovely canal treks. Although there’s a nearly straight path from London Zoo to Camden Lock, it’s often quiet and serene. It’s a particularly wonderful stroll when the canal barges and boats are busier on a bright day.

Little Venice lies between Edgware Road and Warwick Avenue. Thus, beginning your walk-in Camden may be more convenient. Although, if you’re a fan of street cuisine, Camden is an excellent option to take a snack after your journey. It’s a short stroll (around two miles) that gives the impression of being on the towpath of a rural canal rather than in the heart of the global metropolis.

Music lovers will be delighted to uncover a two-hour walking tour of London’s most prominent musical spots. Whether you’re a loyal follower of The Beatles, Oasis, Prince, or David Bowie, this all-inclusive trip will pique your musical interest and introduce you to a few familiar locations.

The trip starts at Oxford Circus Tube Station’s Exit 3 and concludes at a well-known restaurant on Bateman Street. Along the way, you’ll pass:

The guides are as enthusiastic about their music as you would expect, which results in a lively and enjoyable trip that you’ll be glad you booked.

Enjoy the sights, sounds, and upscale living with Common 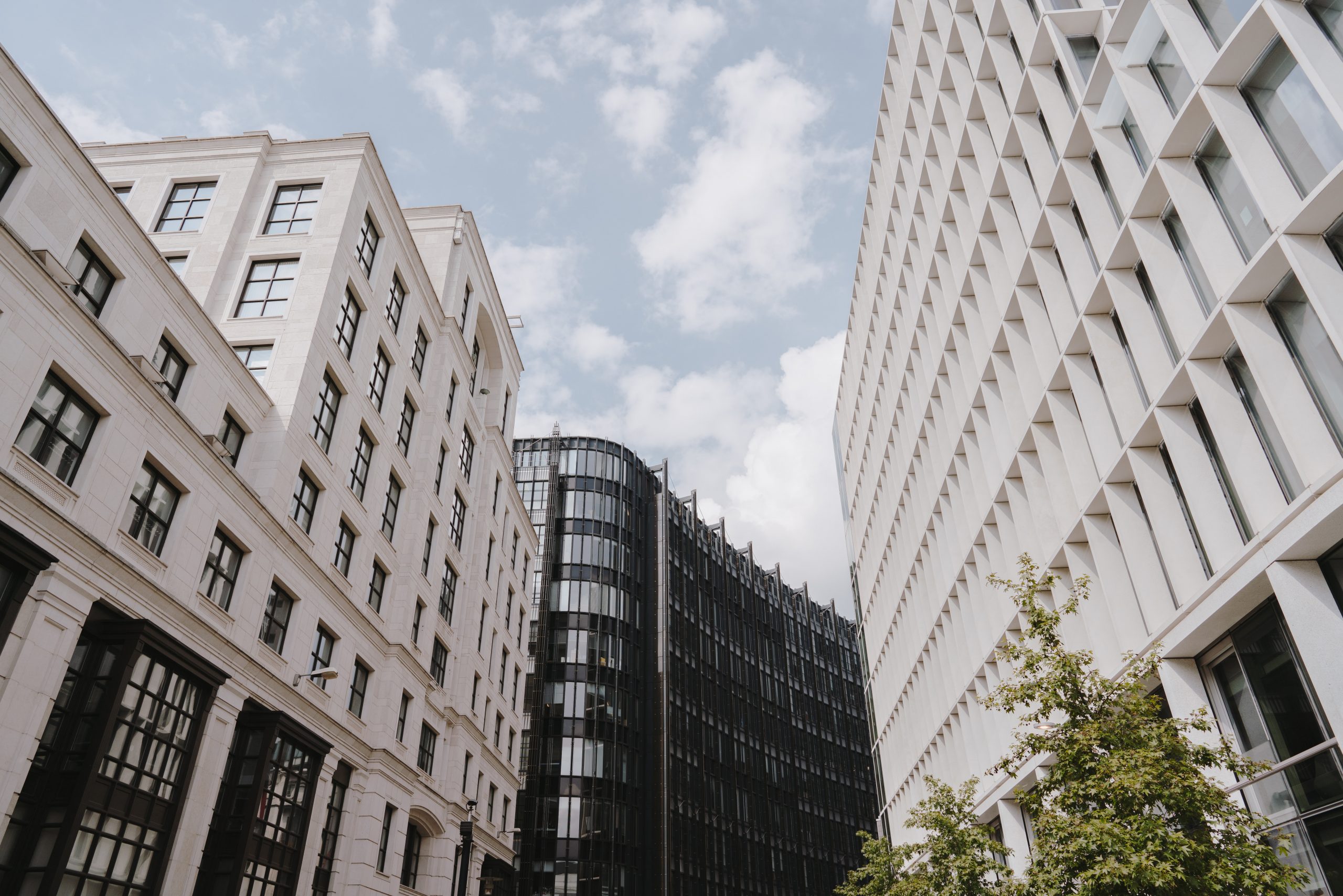 It’s nearly impossible to visit all the beautiful sites in London in a single day. That’s why you may want to consider extending your stay and experiencing the city from a local’s perspective.

For a welcoming space, the ease of all-inclusive living, and modern amenities, choose Common. Whether you’re looking for a micro-unit or a private bedroom in a shared suite, we’ve got plenty of options to make your stay in London safe, snug, and stylish.

After you’ve explored the magic of the city on foot, rest in comfort with Common.