Do you know why Birmingham is called “The Magic City?” Surprisingly, it doesn’t have anything to do with rabbits in hats or sawing ladies in half. The city was founded in 1871 and by the turn of the 20th century had grown so large and so fast that residents said it was as if Birmingham had sprung up by magic. With the history of Birmingham AL, the city is full of wonders.

Today, Birmingham is just as magical and continues to grow. Whether you’re a lifelong resident or considering a move that might land you in Central City we thought it’d be fun to dig into 13 surprising facts about this southern city’s intricate history. 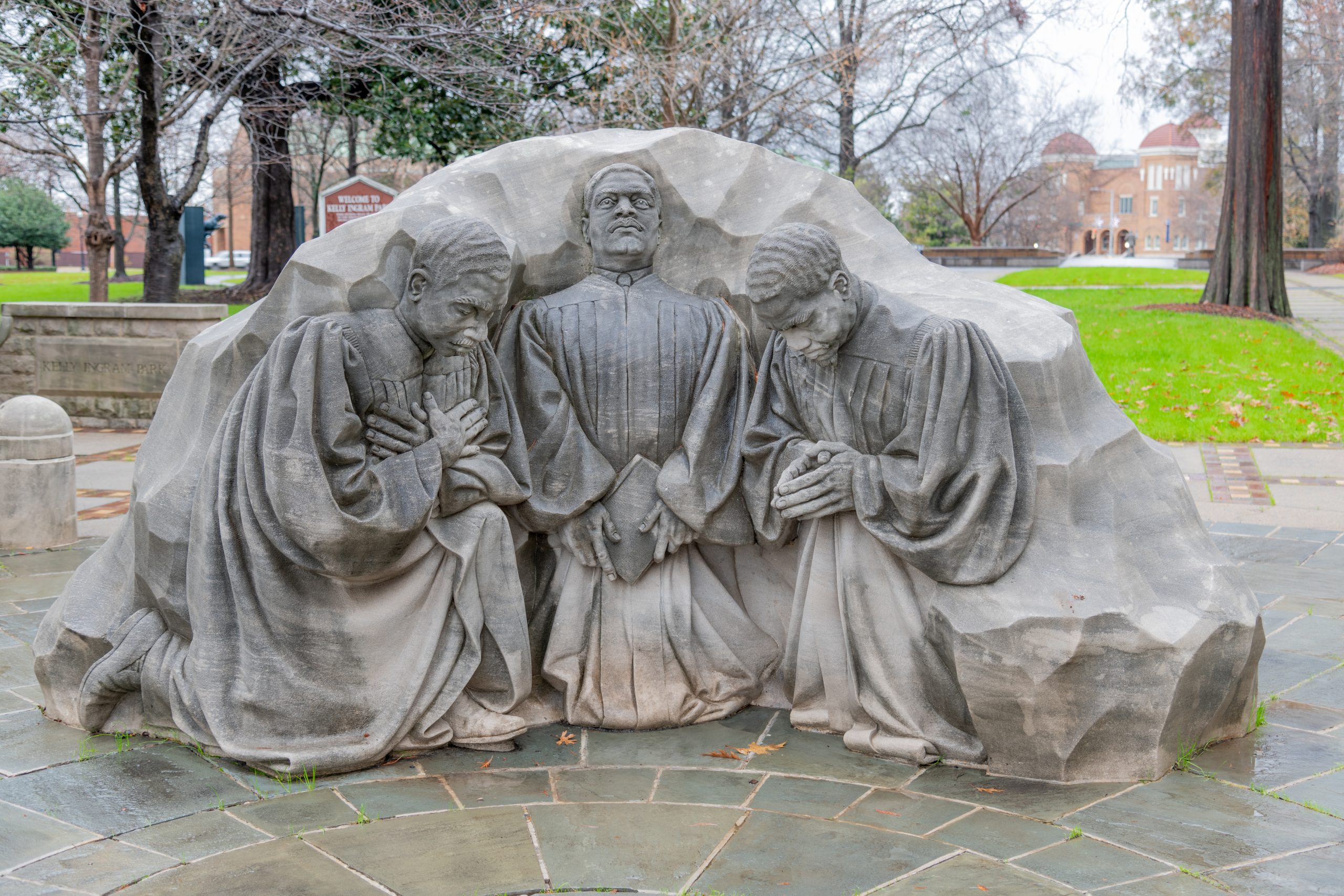 The founders of Birmingham took their inspiration from England’s manufacturing powerhouse and third largest city. Obviously, the two cities have diverged quite a bit over the decades. However, in deference to the city’s British roots, Birmingham has the largest collection of Wedgewood pottery outside of England.

Wedgewood is fine china, by the way. (We had to look it up, too.) The kind of fancy dishes you immediately hide when someone yells “Roll Tide!”

#2 There’s Magic in the Ground

The boom period in the early history of Birmingham AL and the rapid growth of the metalworking industry wasn’t just a coincidence. The key ingredients of steel—iron ore, coal, and limestone—are all found naturally within a 10-mile radius of the Jones Valley.1

Birmingham is actually the only geographic location in the world where those three elements coexist naturally. Today, though, the Jones Valley is primarily used for farming and recreation, and it makes for a relaxing day trip if you are looking for things to do near Birmingham, AL (especially if you’re a golfer).

#3 Early Birmingham Survived Thanks to a Madam

While industry sprung up quickly in turn of the century Birmingham, so did cholera. During a vicious pandemic in the late 1800s, the hospitals were overflowing and understaffed. A local madam named Louise Wooster converted a number of brothels into emergency clinics and staffed them with her workers.

Today, Wooster is honored annually by UAB with a Public Health Hero Award named in her honor.

#4 The Vulcan Statue Once Held an Ice Cream Cone

Vulcan Park’s statue of the Roman god of fire overlooks Birmingham and is a fixture for locals looking south. Sculpted in the early 1900s to celebrate Birmingham’s thriving metalworking industry, the 56 foot tall Vulcan is the world’s largest iron statue.

After showing off Vulcan at the 1904 World’s Fair in St. Louis, the statue was disassembled and shipped back to Birmingham. However, Vulcan’s spear was lost in transit.

The empty-handed god became a favorite of local advertisers who stuffed everything from giant ice cream cones to giant pickles into his fist. (Strangely, no one seemed bothered that an ice cream cone would instantly melt in the god of fire’s forge.)

Luckily, Vulcan was restored to his full glory in 1936 and has held onto his trademark spear ever since.

Side Fact: Vulcan’s Behind

Did you know that Vulcan’s bare backside is the same size as a city bus? Now you do.

Eventually, the metalworking industry faded from Birmingham, but the land and its famous red soil remained. The vast Red Mountain Park now sprawls across land that was once mined, uniting the diverse communities of Birmingham and the surrounding areas.

Okay, so, full disclosure, no one has actually weighed the skyscrapers on 1st Ave and North 20th, but we’re claiming the title anyway. These four buildings all loom over the same downtown intersection:

All four buildings were completed between 1902 and 1912 and became symbols of Birmingham’s rapid growth.2 Today, they’re recognized in the National Registry of Historic Places and are an interesting example of northern city architecture being adapted by southern architects.

Speaking of striking architecture, the Kirklin Clinic on the UAB Hospital Campus is well known around Birmingham for its glittering glass frontage and cubist style. The building was designed by renowned architect I.M. Pei—the same man who designed the Louvre in Paris and the John F. Kennedy Presidential Library in Boston.

That being said, we would definitely break out the Wedgewood when I.M. Pei came to town.

Don’t worry—these days there’s no shortage of craft breweries, cocktail bars, and wineries in and around Birmingham. (There’s even a thriving local wine trail.) But, back in the ‘30s, Birmingham was a dry county years after the national prohibition had ended.

What did that mean for Birmingham at the time? Well, as local writer Julian Street put it: “The ancient form, ‘R. S. V. P,’ on social invitations, had been revised to ‘B. W. H. P.,’ signifying, ‘bring whisky in hip pocket.’”3

Sidenote: We should absolutely make B.W.H.P. a thing again.

Keeping with the theme of semi-legal activities, the spitball is a baseball pitch where the ball has been altered (for better speed/spin) by a substance like saliva or tree sap. The practice was outlawed by Major League Baseball in the 1920s, but a select group of pitchers were grandfathered in and allowed to whip illegal spitballs until they retired.

That group included Birmingham Baron pitcher Burleigh Grimes (who had just about the perfect name for a spitballer).4 Eventually, Burleigh would be the last spitballer standing in Major League Baseball.

Birmingham’s famous Rickwood Field is the oldest ballpark in the United States and played host to more than just a famous spitballer. The field also saw legends like:

Today, the Birmingham Barons play at downtown’s Regions Field. But Rickwood Field is still open to the public and houses a museum dedicated to Birmingham’s unique baseball legends.

However, the building isn’t remotely as interesting as the words that were composed there—King’s famous “Letter From Birmingham Jail,” which encapsulated the struggle for civil rights in Birmingham and beyond.

Major battles for The Civil Rights Movement were fought in Birmingham. To learn more about the most significant chapter in the city’s history, visit:

The Civil Rights District is a significant Birmingham area containing the history of the city. As mentioned, this Birmingham area is where the Civil Rights Movement started. As a result of African American segregation, Martin Luther King Jr and others led demonstrations to fight for human rights. This southern city was to become one of the most historic places in the U.S.

Originally, Veteran’s Day was Armistice Day, a holiday meant to commemorate the end of World War I. Raymond Weeks was a Navy veteran of World War II and a native of Birmingham.

In 1947, he petitioned Dwight Eisenhower to expand Armistice Day into Veterans Day, a holiday that would celebrate all veterans (living and dead), and not just those who served in World War I.

That same year, Weeks held the first Veterans Day parade not just in Birmingham Alabama history, but in the United States. It would take him years more of lobbying the government, but Weeks eventually got Veterans Day acknowledged as a national holiday.

The Irondale Cafe has been an institution in Birmingham since it opened in 1928, but it didn’t achieve national prominence until the release of 1987’s feel-good classic Fried Green Tomatoes.

The movie was based on a book by Birmingham author Fannie Flagg that used the Irondale Cafe as inspiration. Obviously, if you’re ever in Irondale, you should stop by the cafe to try the delicious green veggies—or are they fruits?

Plus, unsurprisingly considering how blues music is such an important part of Birmingham’s cultural history, four different American Idol finalists have hailed from Birmingham. They include:

Experience Magic City with Common at The Frank 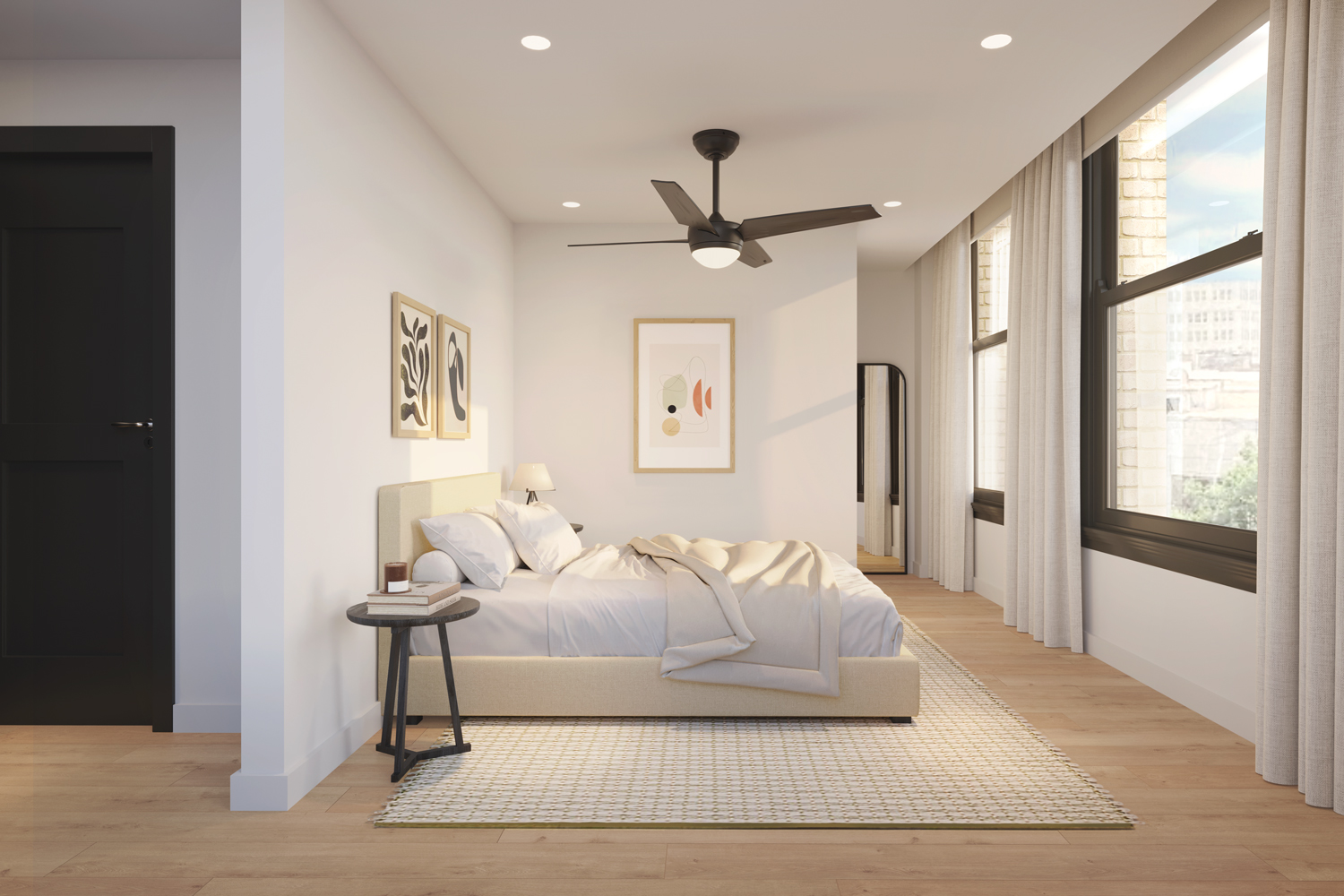 From the Railroad Park to the Civil Rights Institute, Birmingham is full of history. Like Birmingham, renting with Common at The Frank makes a bit of history itself. Centrally located in downtown Birmingham, AL, Common at The Frank features a furnished courtyard, on-site bar, and rooftop clubroom. Our studio and one-bedroom apartments also include Common perks, such as savings on rent and discounts to national and local brands.

When you join our community, you’ll also have access to the Connect by Common app to meet other members, ask questions, or share a few of the fun facts you’ve learned here today.

Schedule a tour with Common today for authentic Birmingham living.