Things To Do In Birmingham, Alabama

Birmingham, a.k.a Magic City, earned its nickname in the early 20th century from the iron works boom in the United States. Today, it’s a Southern city that has transformed its magic into a thriving commercial, educational, and cultural hub.

Birmingham has tons to offer, whether you want to brush up on your Civil Rights history, scramble along a tree-top obstacle course, or relax with a local ale and some down-home barbeque.

If you’re thinking of visiting or relocating to this city, check out all of the fun things to do in Birmingham Alabama in the following categories: 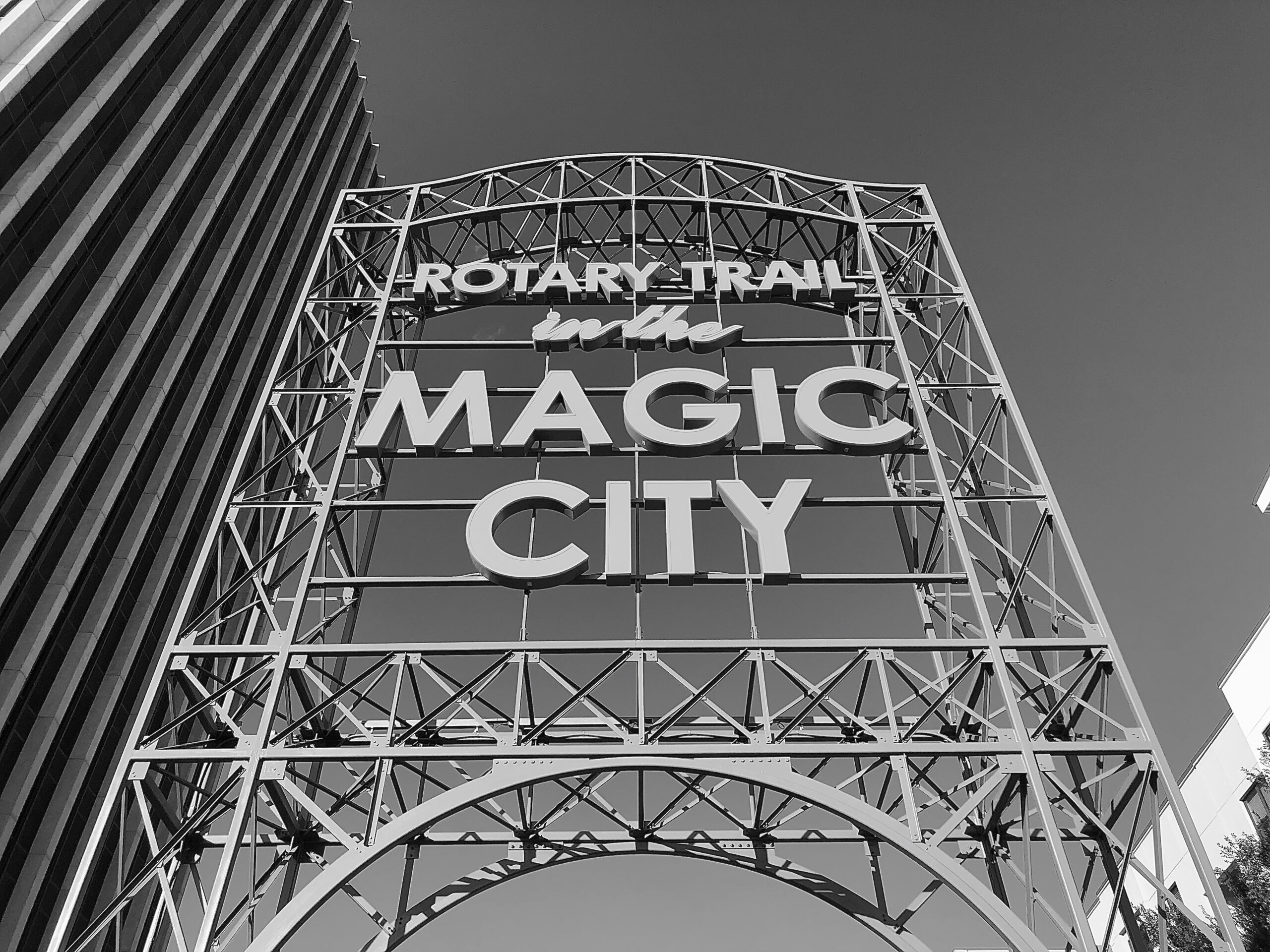 Birmingham has come a long way from its industrial past. Today, it offers a variety of outdoor activities, ranging from its urban parks and zoo, botanical gardens, and forest escapes. Whether you’re looking to camp at the Oak Mountain State Park or curious about the history of Birmingham Civil Rights District, the list of the best things to do goes on for any time. Except for July and August, the weather is mild and enjoyable year-round for most Birmingham attractions.

If you’re a nature lover, thrill-seeker, or enjoy soaking up the sun, there’s plenty to discover in the Magic City.

Bordered by active railroad lines, the park is a living motif that unites its past and present. But don’t let its borders fool you. This park was a winner of the ULI Urban Open Space Award. Its 19 acres are full of flowering trees, a picturesque lake, streams, and wetlands. It’s the perfect place to wind down, toss a frisbee, or catch up on cardio. Pets are welcome but required to remain on a leash at all times.

The park’s amenities include:

The Birmingham Zoo is considered one of the state’s most visited attractions, especially for families with children. At any given time, approximately 550 animals of 180 species call the 122-acre Birmingham Zoo home, including sea lions, elephants, bears, flamingos, and endangered species from six continents.

The gardens’ mission has always been to grow its community, enhance its region, and celebrate the great state of Alabama. And, folks, that’s why admission is free! The Gardens are open 365 days a year and offer a variety of educational and environmental workshops for children and adults, including Discovery Field Trips and summer programs.

Check out  some of their Special Interest Gardens below:

The park’s name comes from powdery dust that in the early 19th century painted the town red––literally. It was the residue of hematite, a type of iron ore that would eventually lead to the city’s iron and steel boom. The nickname “Magic City” was coined due to the city’s industrial might and rapid growth.

The last ore mine was closed almost thirty years ago but today, the 1,500-acre park is quickly becoming a vital urban green space and ushering in a new era in Birmingham, uniting its community toward a healthier future.2

Red Mountain Park is a lush forest with over 15 miles of hiking and mountain biking trails despite its name and history. There’s a variety of destinations, including historical mining sites, three tree houses, Remy’s Dog Park (more on this in a bit), and two scenic overlooks.

In addition, the park also has two high-powered off-road wheelchairs that they nicknamed The Nomad, which allows everyone to enjoy the great outdoors and its rugged terrain.

You can enjoy 6 acres of open green space with plenty of shaded areas at Remy’s and let your pup run to his heart’s content. Hail-mary that frisbee, toss that slobbery tennis ball into the blue yonder, and let Bella or Milo rejoice in the company of other free-spirited furry friends.

Birmingham has come a long way since its days of iron and steel, and what once was a large industrial town is now a vibrant city with a rich cultural center. Whether you’re interested in the Civil Rights Movement, the history of Birmingham, AL as a booming steel town, jazz luminaries, or fine arts, there’s a museum to suit your needs. In this section we’ll cover:

For thirty years, this interpretive museum and research center has been educating the public about the significance of the Civil Rights Movement and African American history in Birmingham. Located in the Birmingham Civil Rights District, It’s a living memorial to the countless heroes that stood for change and an inspiration to those who continue the fight in our country’s ongoing history for human rights.

The BCRI is part of the Birmingham Civil Rights National Monument and an affiliate of the Smithsonian Institute. It offers a variety of influential permanent and traveling exhibitions, lectures, films, and an exemplary Legacy Youth Leadership Program. While you’re in the area, you can also check out the history of the Civil Rights Movement in Kelly Ingram Park.

Iron production was the predominant industry in Birmingham’s past. Relive the heydays of its industrial might by taking a tour through the massive, rust-colored relics. Learn why these blast furnaces that once produced pig iron are the only ones today being federally preserved as monuments to the by-gone era of the iron industry.

In addition to this historic landmark, Sloss Metal Arts is a program that offers workshops, exhibitions, and conferences on all aspects of metal working. Professional artists can utilize the foundry facilities to cast their work. They even offer regular sculpture workshops in casting, welding, and forging designed for newbies with no previous metal work experience.3

If fine arts tickle you pink, then perhaps so will this museum’s free admission. So why not explore one of the finest regional museums in the United States. See if you can spot The Feathered Serpent Deity, Quetzalcoatl, or Albert Bierstadt’s 19th-century painting “Looking Down Yosemite Valley.”

You’re bound to find something extraordinary in the museum’s permanent collection of over 27,000 works of art. Whether it’s the lauded Vietnamese ceramics, Rodin’s, Jean d’Aire, or nature’s own yellow-rumped warbler that may or may not be perched on the sculpture, singing a fine jubilant tune.

In addition to these mentioned, we’d also recommend checking out the Alabama Jazz Hall of Fame. Many jazz luminaries hailed from this neck of the woods, including Nat “King” Cole and Erskine Hawkins.

A culture is only as good as its food. Well, that’s not entirely true. But if it were, Birmingham would be all the better for it. From cheap eats to fine-dining, the Magic City has a burgeoning culinary scene. And there’s no shortage of local watering holes, clubs, and live-music venues.

It was challenging to narrow down this list, but let’s take a look at the top 5 foods everyone must try in Birmingham:

This list of what to do in Birmingham, Alabama wouldn’t be complete if we didn’t mention a few dive bars, cocktail lounges, or lively nightclubs clubs. So here it goes: 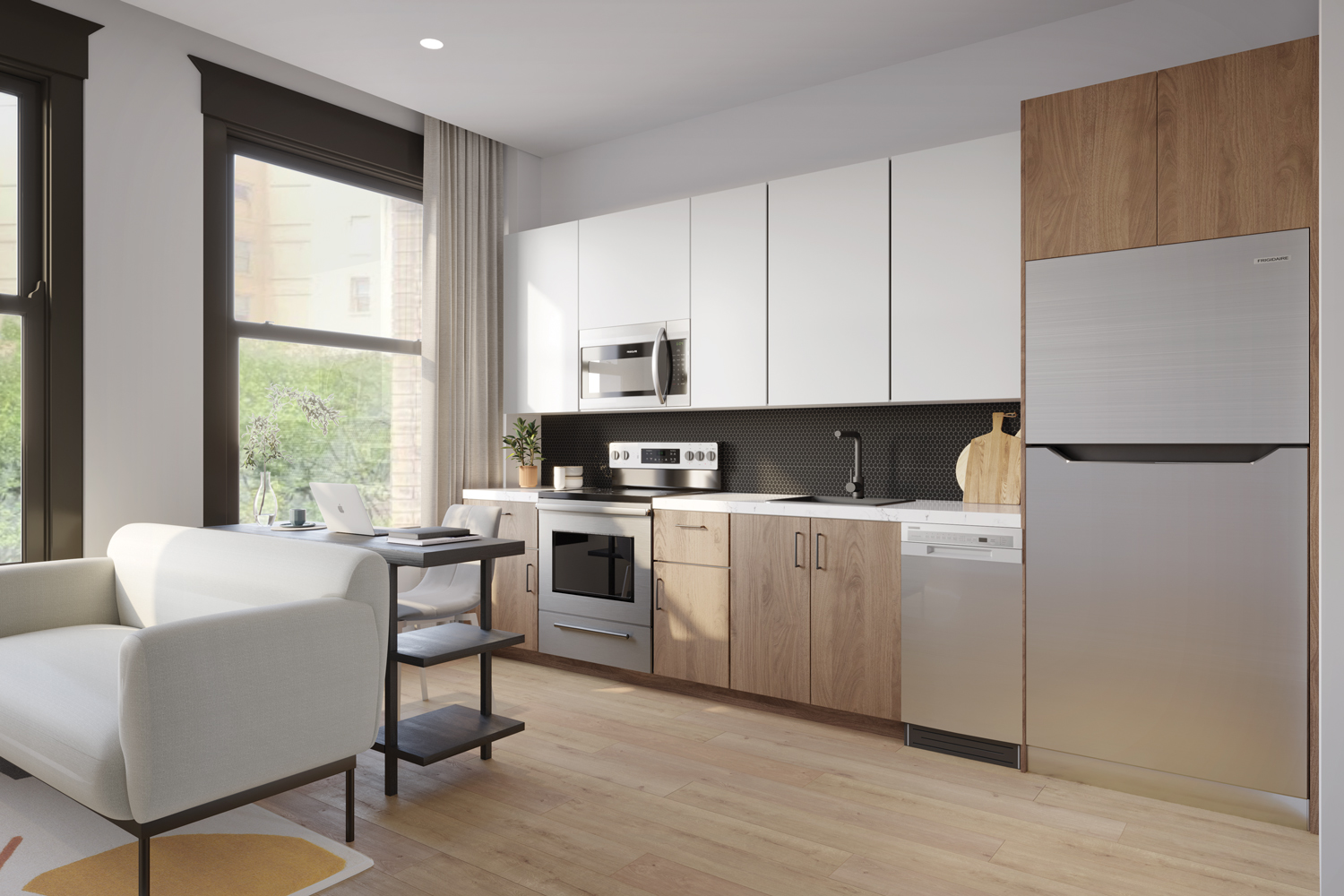 The southern city of Birmingham Alabama is filled with all the best things to do, explore, and see from its parks to its history. If you’re interested in relocating to the vibrant city of Birmingham, Alabama, then make your life easier by discovering Common. Common at The Frank offers a wide range of options, including private studios and 1 bedroom apartments.

Common is much more than finding an apartment, it’s finding a thriving community to call home.