Ever since its founding in 1698 by William Penn, Philadelphia has been one of the most important and unique American cities. The city is arguably the cradle of American democracy (no offense, Jamestown), the site of the First and Second Continental Congresses and the Liberty Bell.

Philadelphia is also the home of Paddy’s Pub and the birthplace of Gritty. So it goes without saying that it has a rich and interesting cultural history.

Whether you’re a lifelong resident or a new transplant just beginning to explore this great city from your home base at one of Common’s three inviting buildings, we hope you’ll learn something from our fun and interesting facts about Philadelphia.

#1 The Mural Capital of the World 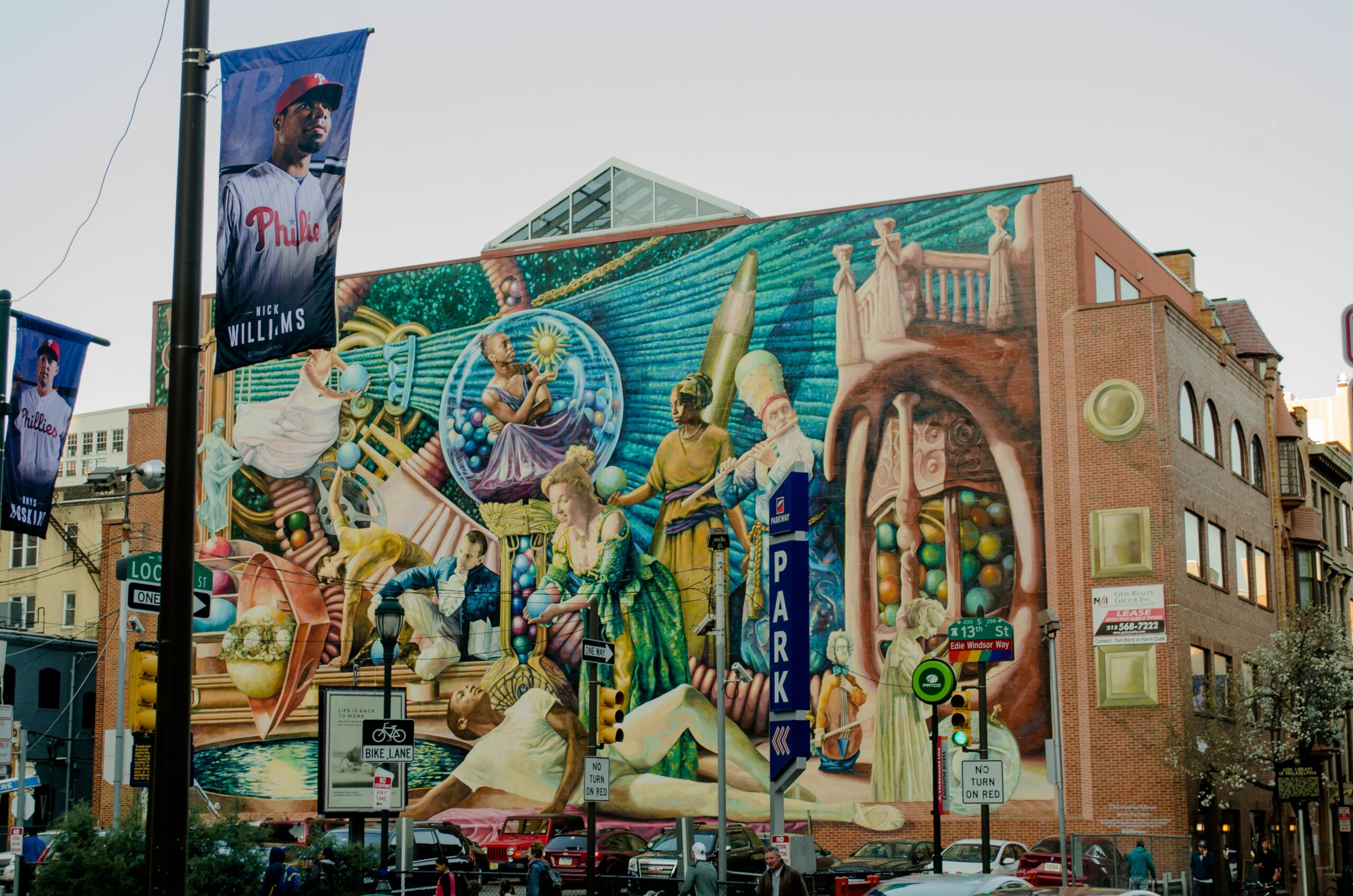 Art is a huge deal in Philadelphia. The Mural Arts Philadelphia program began in 1984 as an anti-graffiti campaign and has since turned Philadelphia into a worldwide leader in publicly accessible street art. Currently, there are over 4,000 pieces of community-based art throughout the city, with new pieces being commissioned every year.1

Some of our favorite murals include:

If you’re interested in checking out as much of Philadelphia’s street art as possible, the city offers a self-guided tour via an app. A stroll by some iconic artwork is a fun way to get to know your Common coliving housemates.

#2 Philadelphia has the Oldest Inhabited Road in America 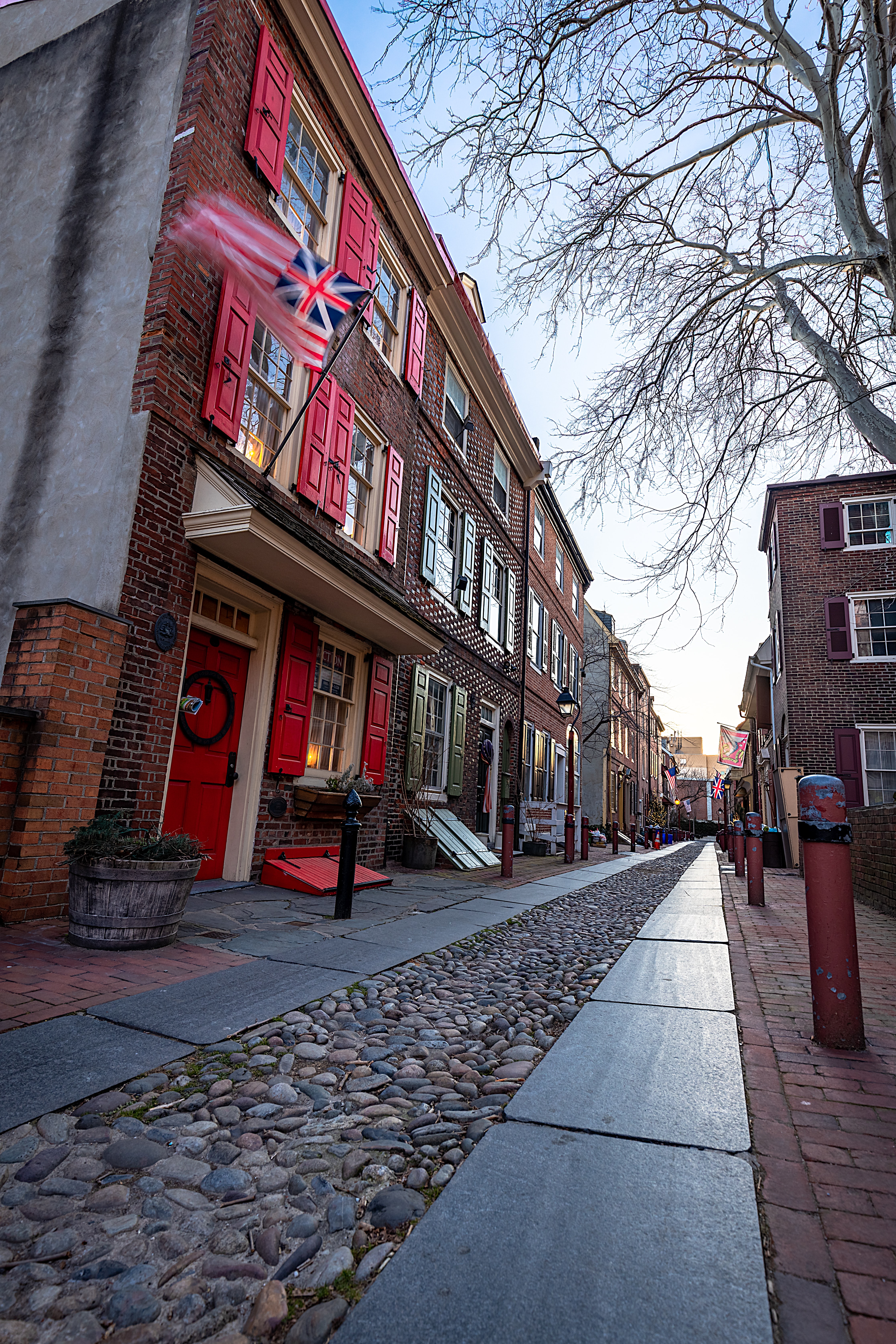 Elfreth’s Alley, in the appropriately named Old City neighborhood of Philadelphia, is the oldest continuously inhabited street in America. The cobblestones in Elfreth’s Alley date all the way back to 1702. The street was named after Jeremiah Elfreth, a local blacksmith and property owner. Today, it’s like a museum that people live in, and a rare preserved example of what a working class neighborhood looked like in the 18th century.

Common at the Frankford in Fishtown is just a short distance north from Elfreth’s Alley. While the Frankford hasn’t been around for 300 years, its sleekly modern amenities are perfect to return home to after a day imagining life in the 1700s.

#3 Philadelphia is a City of Firsts 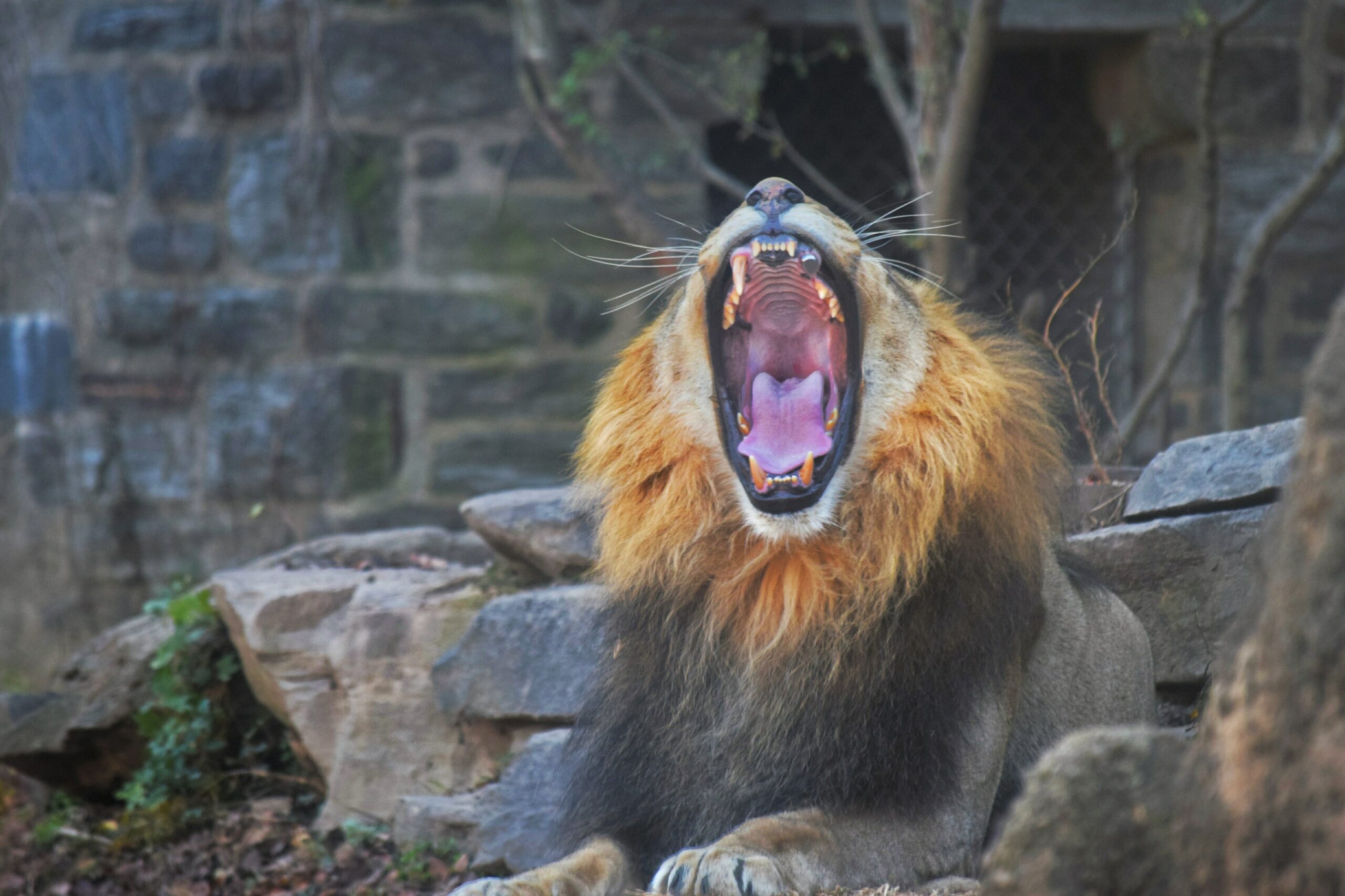 A list of fun and interesting facts about Philadelphia would be incomplete without mentioning all the firsts that the city is responsible for. To wit (incidental cheesesteak reference):

Philadelphia still plays an important role in the modern medical world. One out of every six doctors in America is trained in Philadelphia.

#4 It’s Also a City of Champions 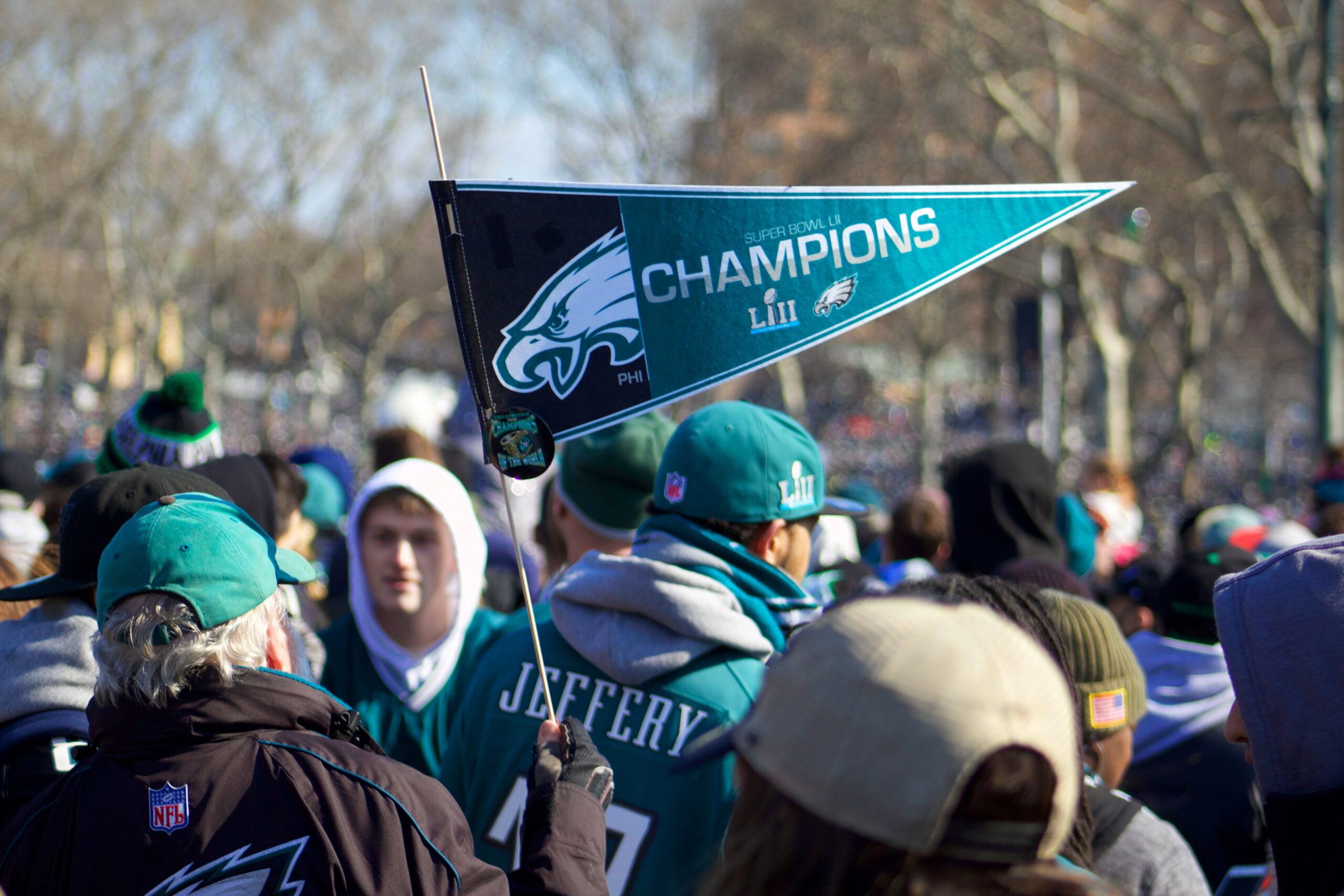 Speaking of firsts, let’s talk about first place. Ask any Philadelphia fan and they’ll tell you that’s exactly where Joel Embiid and the Sixers are going to finish this year. In Philadelphia, hope springs eternal. Philadelphia is one of thirteen American cities to have a professional sports team in all four of the major leagues.

Some fast facts about those teams:

#5 The Eagles Killed the Wing Bowl 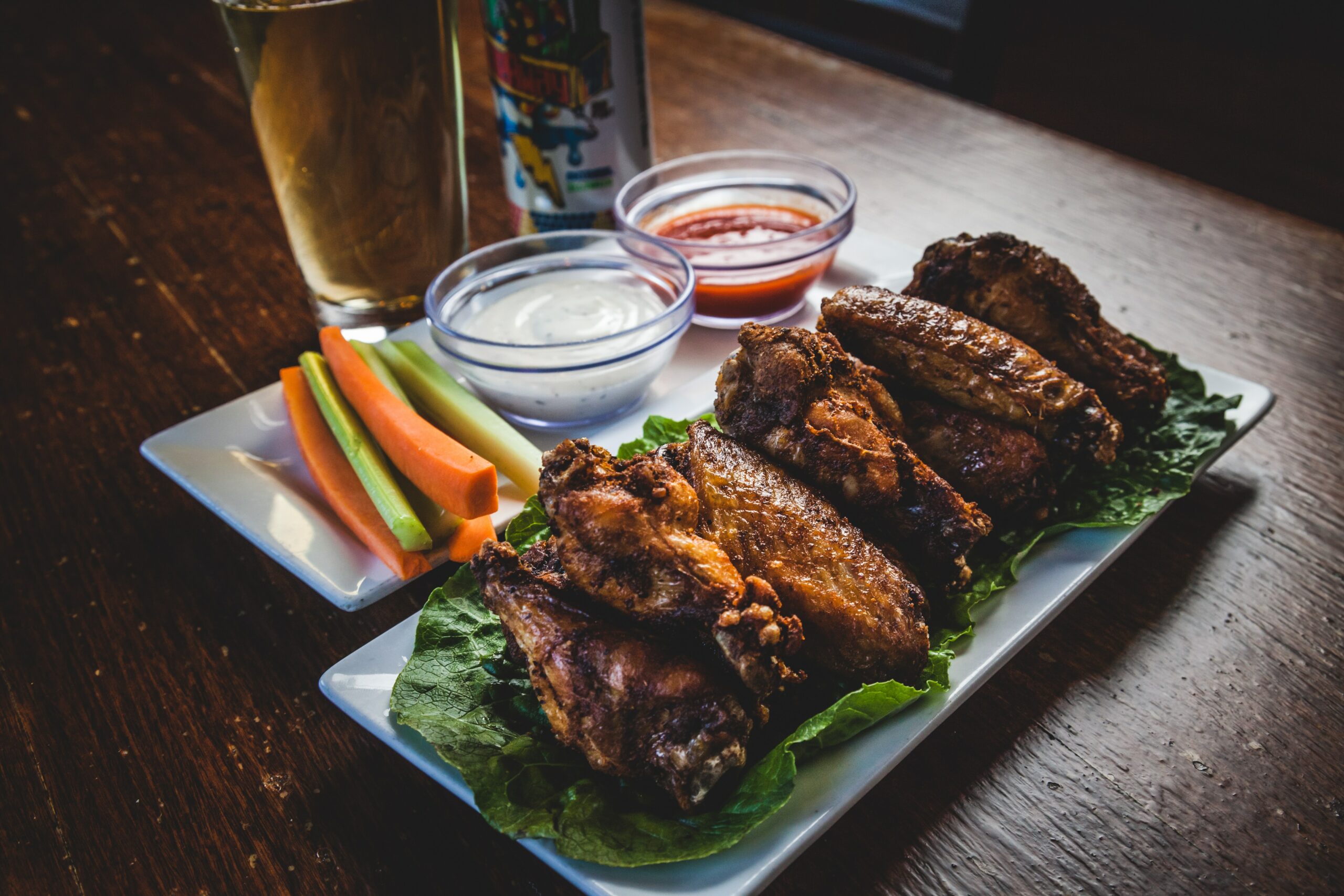 On the subject of sports successes and failures, before the city’s Super Bowl victory in 2017, Philadelphians needed to find a way to celebrate Super Bowl weekends where the Eagles usually weren’t participating. Thus, Wing Bowl was invented. The competitive chicken wing eating contest ran from 1993 until 2018 and would attract some 20,000 fans to the Wells Fargo Center every year.

The last Wing Bowl champion, Molly Schuyler, ate 501 wings in a 30 minute period. Now that’s what we call a champion! 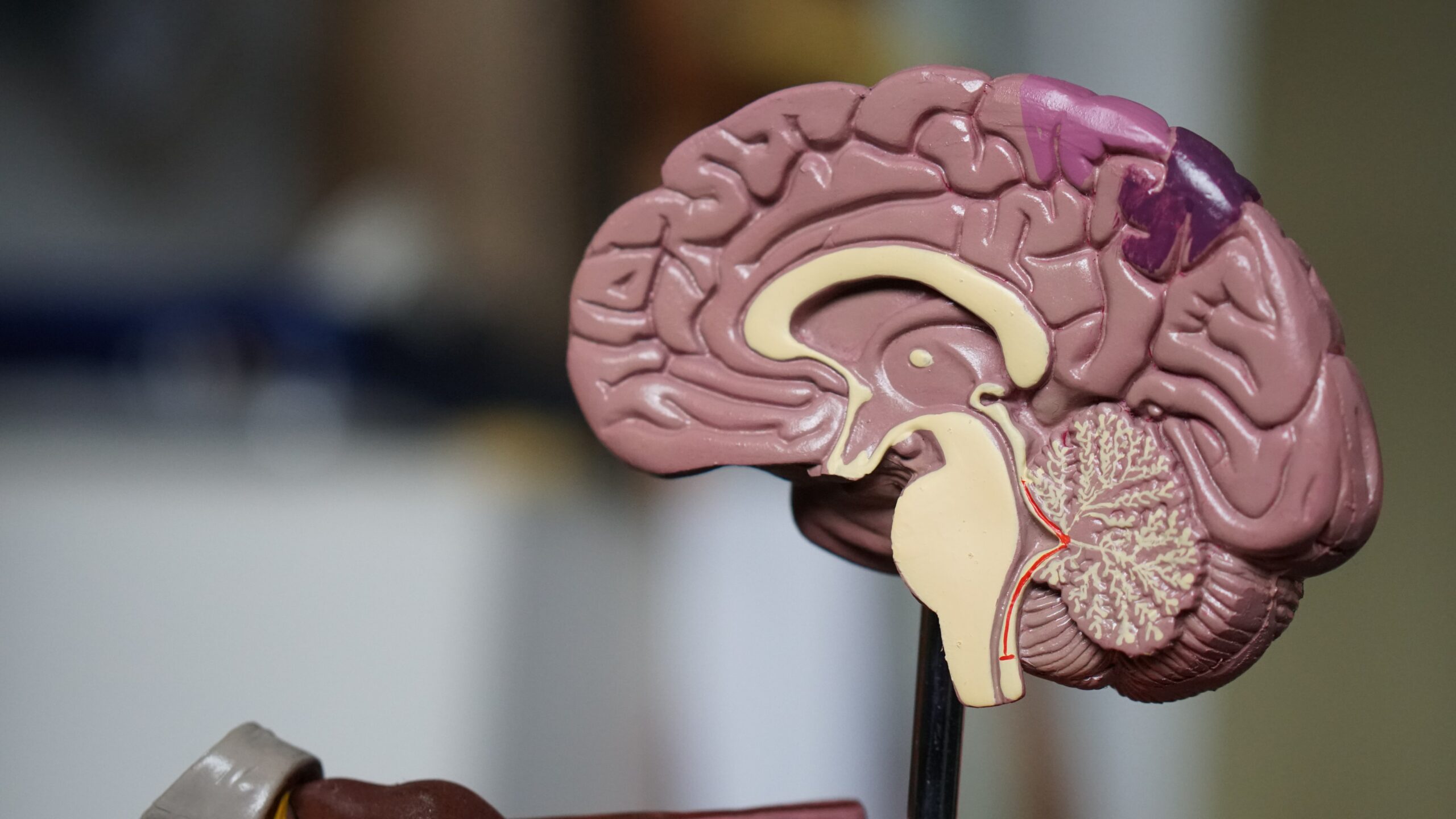 The Mutter Museum is also the only place where visitors can view slides of Albert Einstein’s brain. Or, for a truly macabre experience, consider checking out the thoracic tissue of John Wilkes Booth. 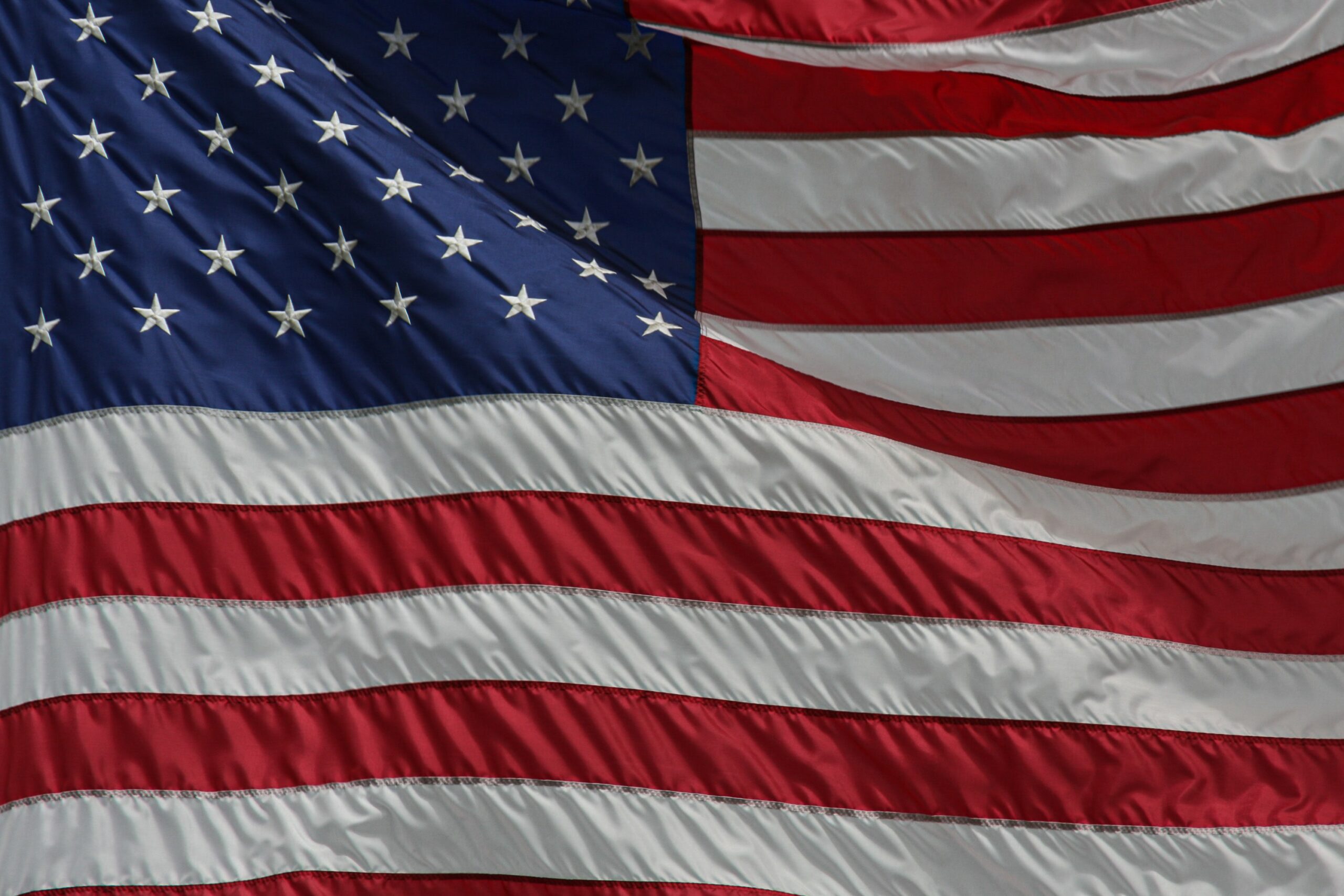 We’re all taught in elementary school that famed Philadelphia seamstress Betsy Ross was responsible for stitching together the first American flag. However, most historians agree that there’s no actual evidence of this being true. Like the founding of America, the creation of the first American flag was more of a collaborative effort shared by a number of men and women on the flag committee.

Even if the story is a bit of an urban legend, Betsy Ross still sewed some pretty old flags. You can check them out, along with a ton of other artifacts from that era, at Philadelphia’s Museum of the American Revolution.

Tours are also available for Betsy Ross’ home, because even if she didn’t technically stitch together the first American flag, she still played an extremely important role in American history.

If you’re looking to learn more about Philadelphia or the United States’ history, one of the best parks in Philadelphia to do so is the Independence National Historical Park. Associated with the American Revolution and United States founding history, the Independence National Historical Park represents the early eras of the nation. Don’t forget to visit the Liberty Bell Center while you’re there. 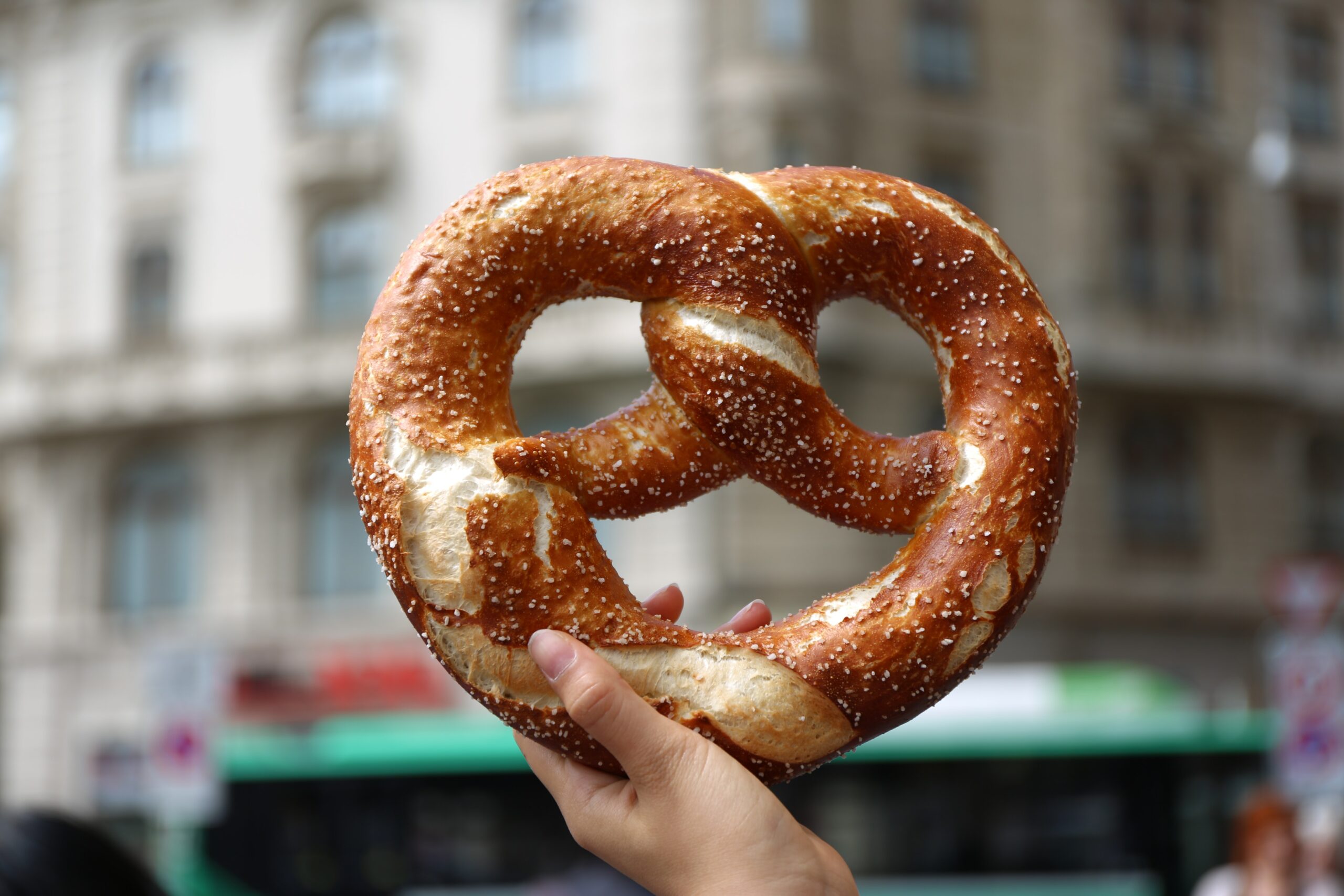 If there’s one food that’s come to be associated with Philadelphia, it’s definitely the famed Philadelphia cheesesteak. However, pretzels should also be in the conversation. Apparently, Philadelphians consume 12x more pretzels than the average American.

Pretzels are a big deal in Philadelphia. The country’s first large-scale pretzel manufacturer was started in Philadelphia and there used to be a pretzel museum in the city.

If salty and doughy goodness isn’t your thing, don’t worry. The city has a vibrant culinary scene with some of the top restaurants in Philadelphia found in every neighborhood.

#9 Philadelphia is Close to Everything 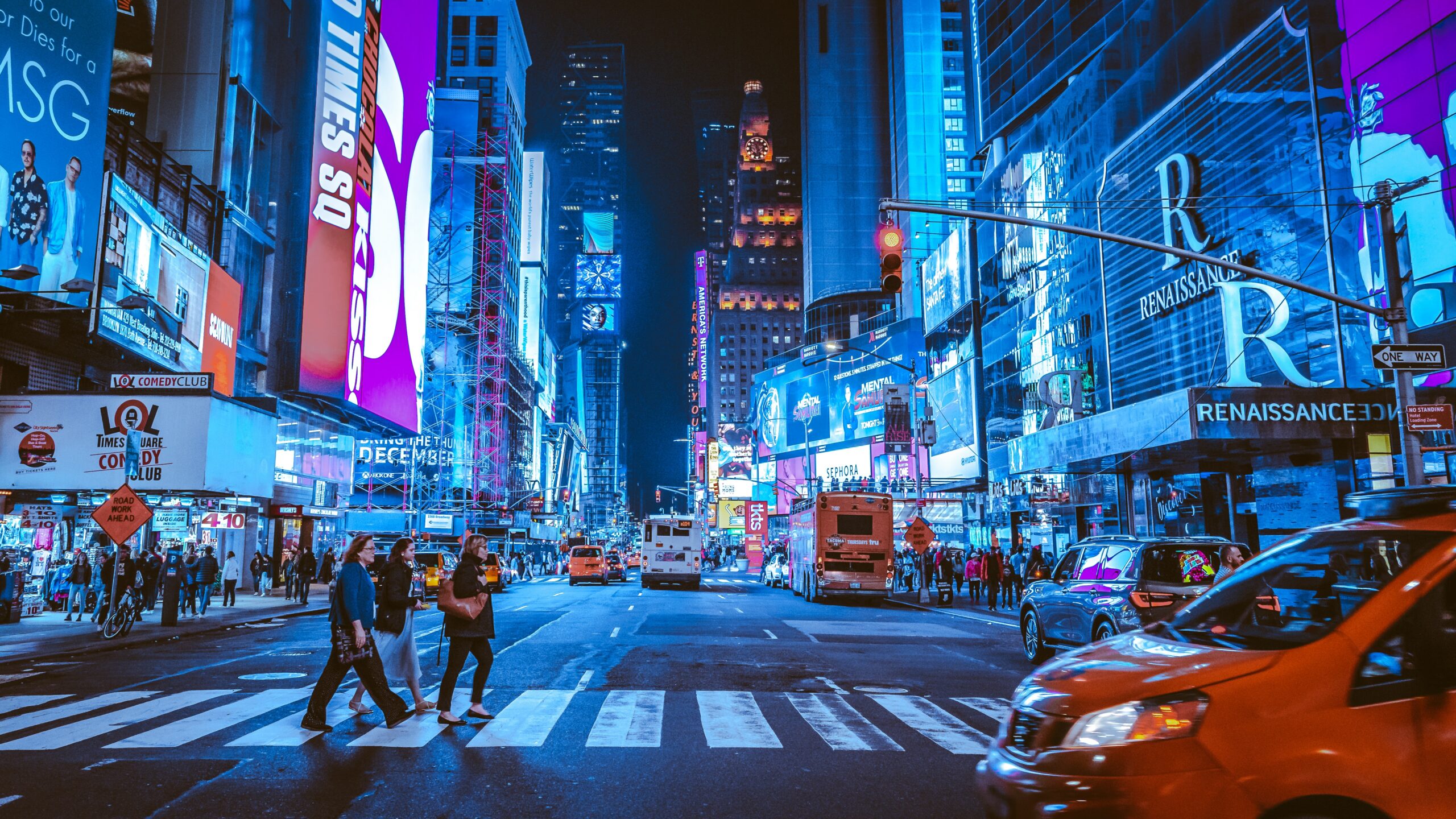 A quarter of the United State’s population lives within five hours of Philadelphia. We aren’t saying that the city is the nexus of the universe, but with easy access to New York City, Washington DC, Baltimore, and Atlantic City, Philadelphia makes for an amazing weekend getaway.

But Philadelphia isn’t all about the metropolitan experience. There’s also plenty of nature to love in the surrounding area. If you need a break from city like, consider checking out: 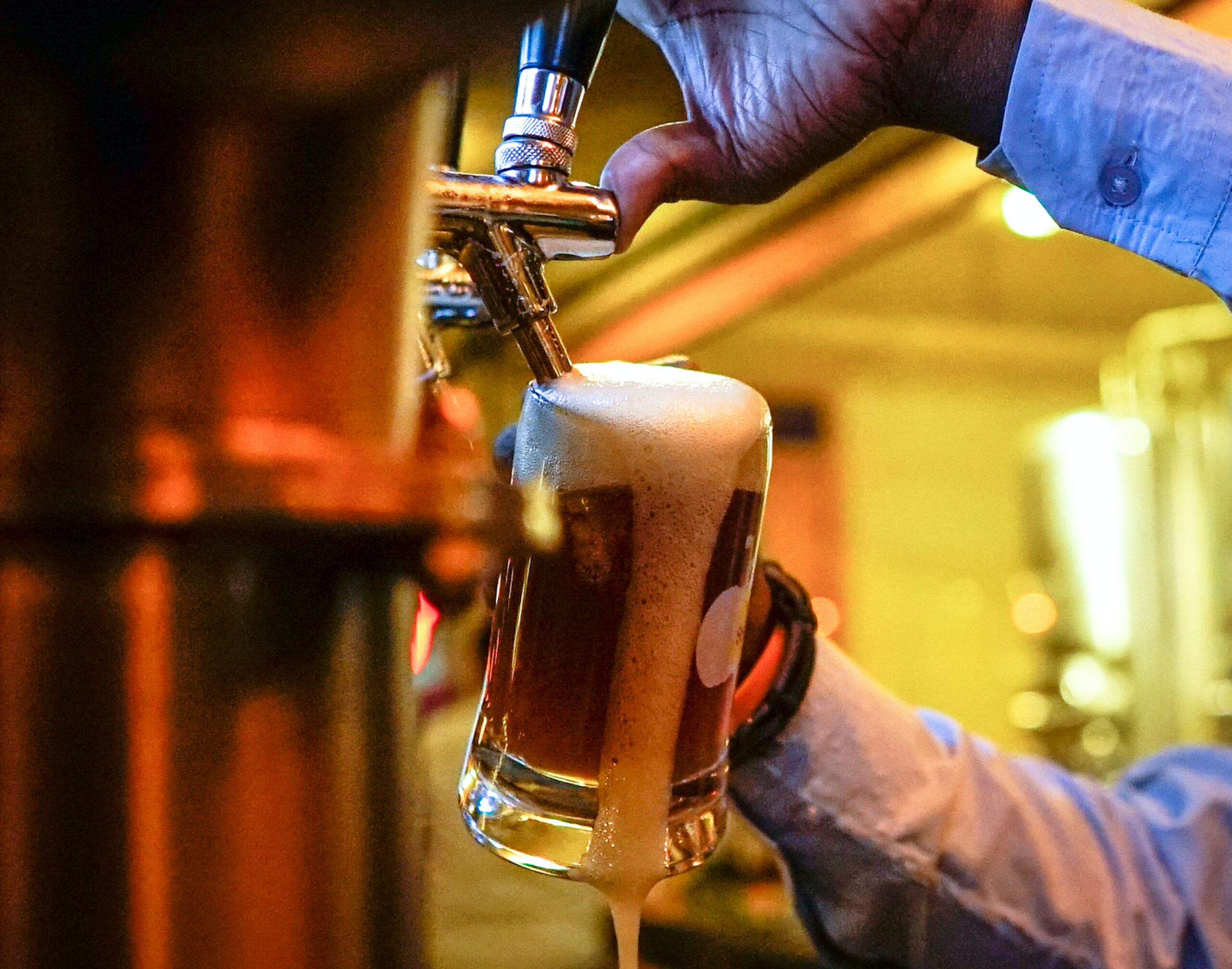 According to some sources, the first business set up in newly founded Philadelphia was a brewery. William Frampton set the place up way back in 1683. He also founded a bakery and a tavern at the same time, but as true Philadelphians we’re choosing to focus on the beer.

With that rich history, it’s no wonder that present day Philadelphia has such a flourishing craft beer scene.

Discover More About Philadelphia at Common

At Common, we love being a part of this city. We have three buildings in Philadelphia including Common at Broadridge in Fairmount, Common Frankford in Fishtown, and Common Civic in Francisville. With so many options across town, we feel connected to Philadelphia’s diverse and exciting neighborhoods. Our fully furnished apartments and coliving arrangements make it easy to become part of Philadelphia’s vibrant community.

Book a tour of your next home today!