New Jersey may get eclipsed by its larger and more populated neighbor to the north but the Garden State’s Jersey City has been frequently deemed New York City’s 6th borough, and New Jersey itself stands exceptionally well on its own with its picturesque suburbs, flourishing arts and culture scene, and world-famous Jersey Shore.

That said, New Jersey is also home to a number of spectacular events year-round, from food and wine festivals to holiday fetes. Whether you’re looking to explore New Jersey nightlife or find special events that happen every so often, you won’t be disappointed here — there are always upcoming events and year-round activities to look forward to.

Whether you have recently started living in New Jersey or are just visiting “The Keystone State” for a long weekend, here are 9 New Jersey events you’ll want to experience. 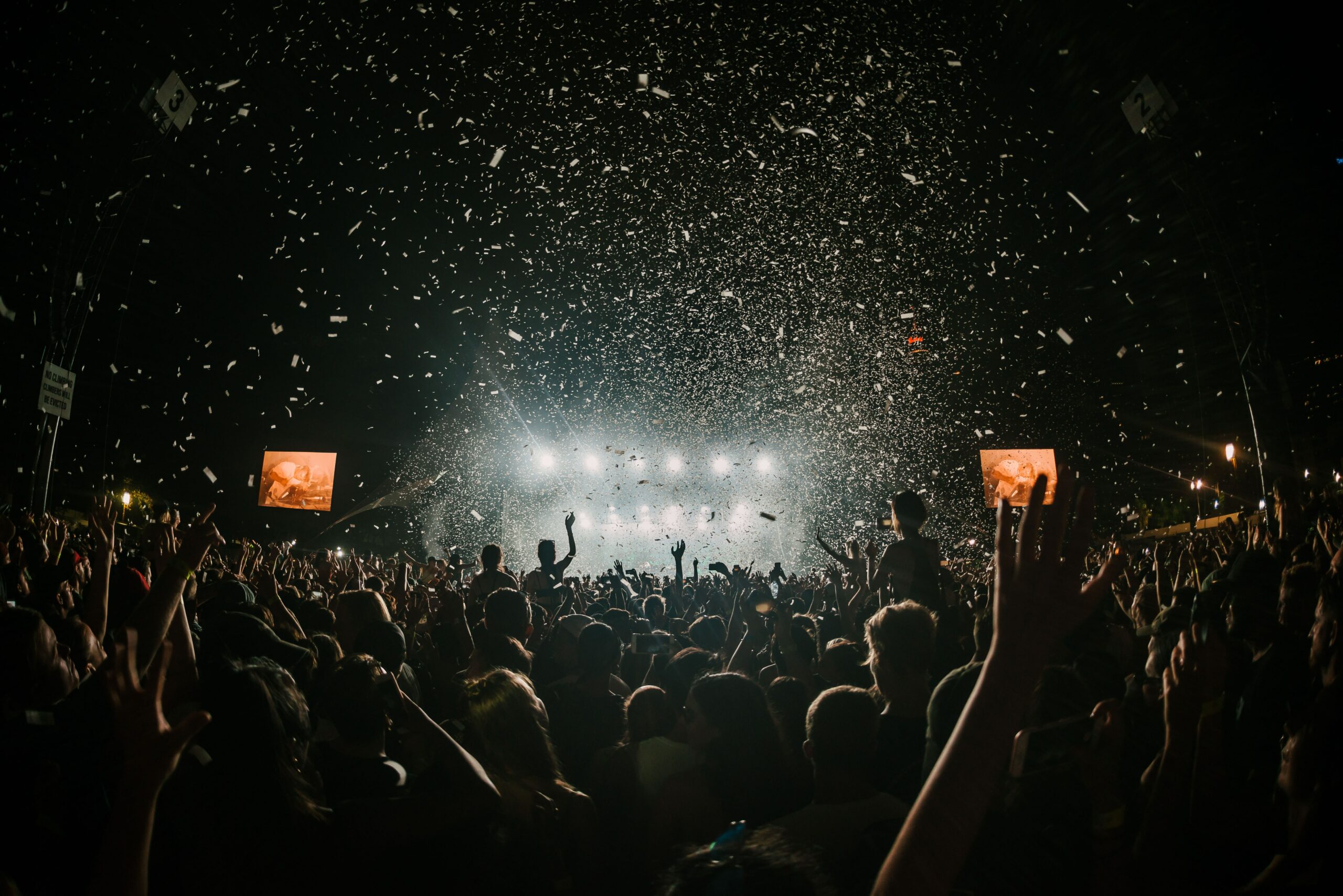 The New Jersey International Film Festival elevates weekend binge-watching, presenting attendees with a carefully curated selection of films from places as near as New York City and as far as Poland.1

Whether it’s a feature-length film or a documentary, you’re bound to enjoy the flicks showcased at Voorhees Hall, located on the Rutgers University campus.

Screenwriters, actors, and directors also make special appearances. Martin Scorsese and cult-favorite Sara Driver are just two of the guests the festival has welcomed over the years.

In 2022, the acclaimed festival offered a hybrid experience, giving participants the opportunity to see top-notch independent films on-site, online, or both. This may change in the years to come but one aspect is certain to remain the same: The New Jersey International Film Festival is a stellar way to learn about the hottest new directors, storytellers, and actors from around the globe.

If you’re looking to catch any Halloween-themed special events here, you can’t miss out on this one. Whether you’re 5, 25, or 55, Halloween is a wicked time to enchant yourself with all things fun. Float, crawl, or fly over to New Jersey’s annual Haunted Red Mill Haunt to relish in all things creepy and crawly.

Presented by the Red Mill Museum, a former industrial mill that rests on the banks of the Raritan River, the haunted house is filled with spooks from terrifying creatures from goblins and ghouls to vampires and zombies. You can explore through a wide variety of spooky haunts, including:

The “scare effect” of haunted houses might have gotten old for some. But that’s not the case at Red Mill Museum, which has a dark and enthralling history: several deaths occurred on its grounds, and spirits are rumored to roam the immense, four-story structure—particularly leading up to Halloween.2

Atlantic City is often synonymous with blackjack, poker, and the most vibrant boardwalk in the state, but once a year it turns into a two-day booming celebration of handcrafted beers, live music, and the people who love to indulge in both—preferably simultaneously.3

Held at Bader Field and now in its 18th year, the “Celebration of the Suds” features ice-cold drafts created by several of the leading craft breweries in the region and across the nation.

You’ll have the chance to sample barley and hops from established breweries like:

Or you can savor the taste of boutique New Jersey breweries, including Ghost Hawk Brewing, Devil’s Creek Brewery, and Fort Nonsense Brewing Company.

Each year offers a fresh lineup of musicians, too. In the years past, bands ranging from Alkaline Trio to Thrice have taken to the stage along with up-and-coming talent. Come prepared for camaraderie—the event has grown from 3,000 guests to nearly half a million people.

Over 20,000 people from around the Hudson Valley gather together for the annual Jersey City Pride Parade, a lively celebration that’s now in its 23rd consecutive year.

Celebrate and support the LGBTQ+ community and expect to find a wide range of uber-fun events in New Jersey, including:

If you haven’t set down roots in NJ yet, participating in this memorable celebration will give you the chance to explore Jersey City’s best neighborhoods and real estate options, including:

Maplewood, a charming enclave in the New York metropolitan area, pays tribute to the region’s prodigious talents at its annual Art Walk and Music Fest. Over 50 artists in a variety of genres come together to display their latest works and engage in dialogues about their processes and creations.

Along with a juried art show, you’ll be spoiled with live music and food from an array of local eateries. This beloved event is held each fall, rendering it the perfect time and place to pick up a few one-of-a-kind holiday gifts.

Act fast—the event takes place over the course of a single day.

If you’re new to jazz, you might think of New Orleans when you hear iconic hits from Coltrane and Davis.

And while New Orleans is certainly one of the American birthplaces of the genre, jazz aficionados are well-aware that New Jersey has long played an enormous role in its history.

New Brunswick pianists James P. Johnson and Willie ‘The Lion’ Smith are credited for creating the Harlem stride piano sound; Newark was once a hotbed for jazz musicians and their audiences; Atlantic City mainstays like Club Harlem and Grace’s Little Belmont blasted jazz into the streets long before it was popular; and legends like Fitzgerald and Ellington brought down the house at Newark’s Adams Theater and Symphony Hall.4

The annual Montclair Jazz Festival, which is one of the most venerable jazz festivals in the nation, honors the Garden State’s storied musical past with a summer-long event filled with incredible artists.

2022’s event saw more than 200 musicians perform over the course of three months with a lineup that included:

Complete with food trucks and a drink garden, this is an ideal way to while away a warm, summer evening.

Featured events also include ongoing live entertainment. Throughout the year, the acclaimed New Jersey Performing Arts Center hosts live comedy events by some of the country’s most popular and outrageous stand-up comics. Over the years, the Newark arts center has hosted several leading luminaries, including:

Can’t make it to Newark to see the likes of one of these top dogs? Keep an eye out for NJPAC’s next comedy fest, which brings together star comedians for a hilarious night.5

The skies above the Jersey Shore fill with flying vivid colors at the annual Wildwoods International Kite Festival.6

As the largest kite festival in the United States, it draws kite enthusiasts from around the globe. From 19-feet-tall kites to Japanese-crafted sails, you’ll be astonished by the skills and shades that take to the air during this four-day event.

In addition to kites, you’ll be treated to:

Keen on participating? Both seasoned and novice flyers are encouraged to take part in the event.

In a similar vein, every summer attracts over 100,000 spectators to New Jersey for the biggest hot air balloon extravaganza in the States.7

The array of hot air balloon creations is worth the drive and bustle through the crowds. Cops and Robbers, Keystone Cops, High Kitty (based on the Japanese figurine), and Simba the Lion are a handful of the specially crafted hot air balloons you might spot gliding through the sky at this popular event.

Fireworks and live music by renowned bands like The Beach Boys and Oasis amplify the excitement.

You can also explore the skies yourself on a hot air balloon ride and see the skyline of nearby Manhattan while you’re at it.

Don’t Miss The Excitement with Common 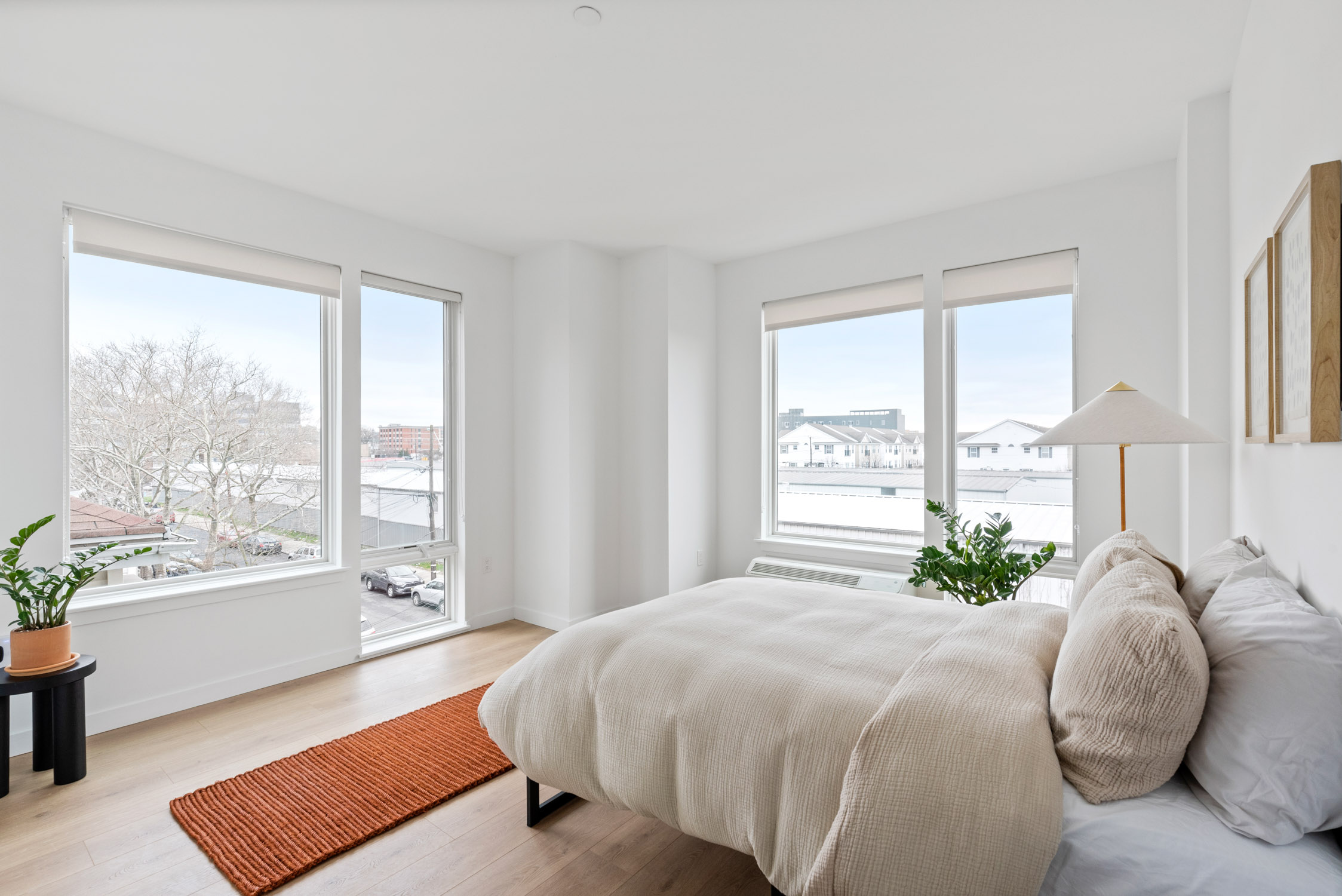 Intrigued by all the events New Jersey has to offer? Festivities like the New Jersey International Film Festival, Maplewood Art Walk, and Montclair Jazz Festival are only a small sampling of the exhilaration this state provides residents and visitors alike. But that doesn’t stop here. The best beaches in New Jersey alongside its rich history and art museums make this East Coast state a magnet.

Whether you’re on the prowl for a place in Jersey City or relocating to a new city, consider simplifying your life with Common. We offer a range of coliving and private apartments that are complete with the amenities you need for an effortless, enjoyable lifestyle including Common at Le Leo or Common at The Agnes. Find your home with Common today!