First, Kanye came out with “ye.” Then, Jay-Z and Beyonce dropped their surprise joint album, and last week, Drake released his platinum 25-track masterpiece. You could say we’re living in the “golden summer” of music. If you want to experience it firsthand and stay musically fulfilled this summer in New York, follow this guide.

Despite the heat, outdoor concerts are taking place more often than not. Good Morning America’s SummerStage hosts (almost) weekly concerts in Central Park with artists ranging from Backstreet Boys (July 13) and Camila Cabello (July 20) to The Chainsmokers (August 10) and Leon Bridges (August 17). Did we mention that these are 100% free? Just request tickets here.

If pop isn’t your cup of tea, there’s still good news. The Charlie Parker Jazz Festival features Bad Plus (with Orrin Evans on keys), R&B-inspired trumpeter Keyon Harrold, and Adam O’Farrill, the postbopping son of bandleader Arturo, which will commence on August 24 until the 26. Just visit the Marcus Garvey Park Amphitheater (7 p.m. on Friday and 3 p.m. on Saturday) or the Tompkins Square Park (3 p.m. on Sunday). 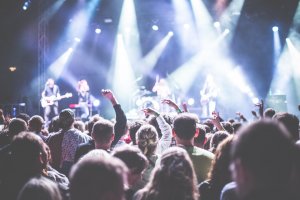 On July 9, the 14th Annual Brooklyn Hip-Hop Festival will feature musical performances, panel discussions, and exhibitions in various locations throughout Brooklyn. Get tickets here. And while you’re across the bridge, take some pictures for Instagram.

Missed Coachella? Not to worry, we’ve got Panorama Festival coming up! Coachella performers like the Weeknd, SZA, and Migos, in addition to Janet Jackson, Dua Lipa, and David Byrne will bless us at Randalls Island Park. The weekend of July 27-29 will truly be a time to remember. Pick up your tickets now.

Lastly, this year’s Afropunk Festival will be held in Commodore Barry Park. On August 25 and 26 enjoy musical artists such as Janelle Monae, Miguel, and The Internet. You’ll also find food trucks and art and craft markets at the festival. Get your one-day or two-day passes here.

Enjoy all of these and more from the comfort of your coliving home in New York City. Take a free tour of them today.

5 questions to ask yourself before moving to L.A.

Making the move to L.A? Ask yourself these questions first.