The Best Brooklyn Neighborhoods Broken Down

Before you move to NYC, get to know some of the best neighborhoods in Brooklyn

Want to find out which of the best neighborhoods in Brooklyn is right for you? Check out this list of all the neighborhoods that Brooklyn residents love and what makes each area so special. From there, you can begin your housing search and consider coliving in Brooklyn. Before you know it, you’ll know all the local secrets and be able to select your new neighborhood. 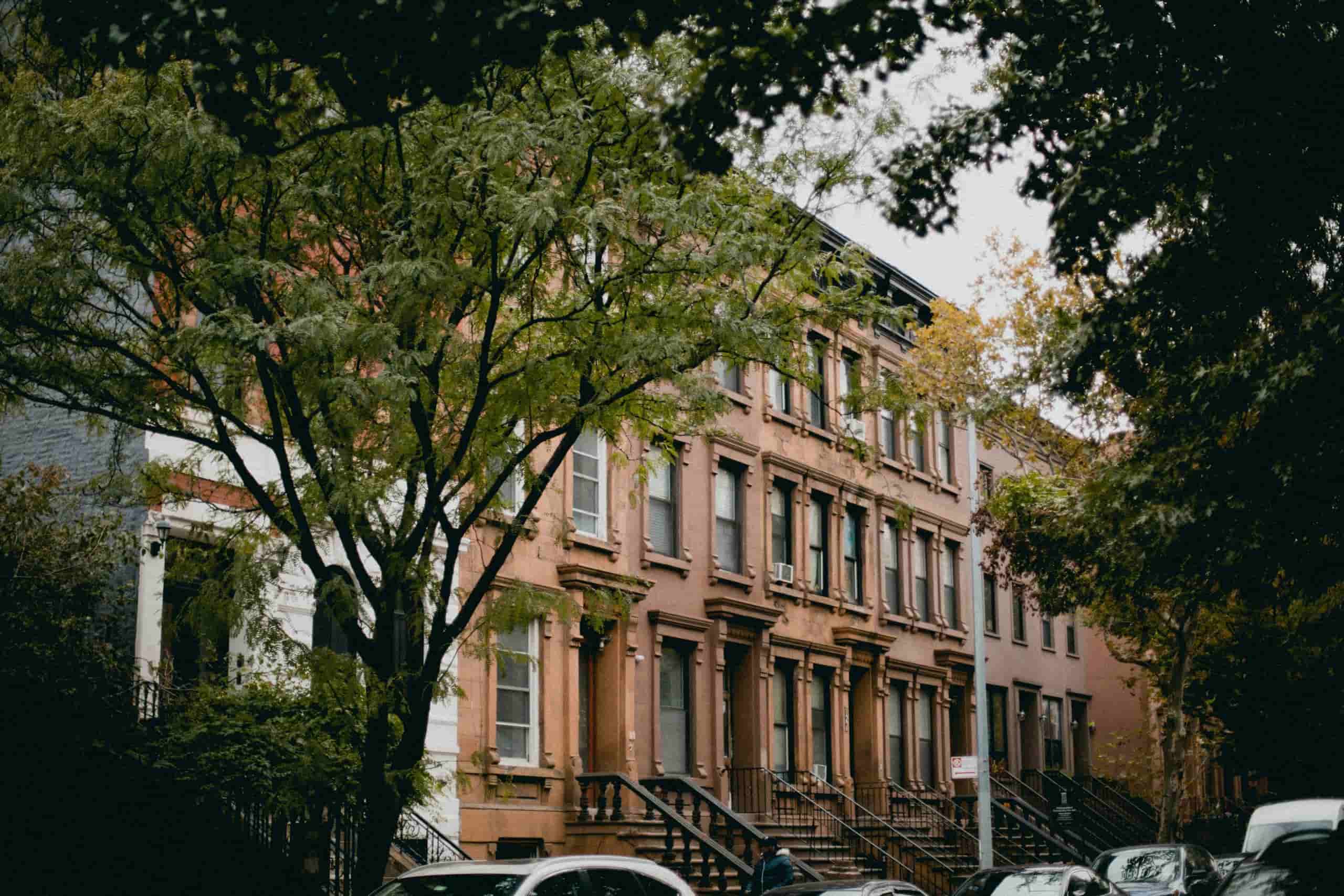 1. Check out the Park Slope neighborhood for a safe and youthful community

For the last three decades, Park Slope has been a destination for young, upwardly mobile professionals, which has given it a reputation of being a yuppie community. However, corporate fast-trackers won’t be your only neighbors in this area. This neighborhood is home to creative young professionals, including artists, filmmakers, and musicians. Not only that, but young couples with children also call Park Slope home, thanks to the area’s safe reputation and variety of excellent public and private schools. It’s an excellent residential neighborhood close to some of the most creative hotspots in Brooklyn.

You can find this neighborhood in northern Brooklyn, which makes it close to Manhattan. It’s bordered by Prospect Park to the east and 4th Avenue to the west, while Flatbush Avenue and the Prospect Expressway are the northern and southern borders. The Brooklyn neighborhoods of Windsor Terrace and Gowanus are this area’s neighbors. The main drag for this Brooklyn neighborhood is 7th Avenue, which offers a wealth of options for shopping. As for restaurants, you’ll find that new eateries keep opening up along 5th and 6th Avenues.

This area is famous for featuring streets lined with large, turn-of-the-century brownstones, which are in beautiful condition. However, these homes don’t come cheap, as many of them are well over $1 million. The Park Slope neighborhood does offer apartments for renters, but the rent in this trendy neighborhood is among the highest in the city. This northern Brooklyn neighborhood is perfect for Brooklyn residents who want tree-lined streets in a posh environment and can afford to pay for it. 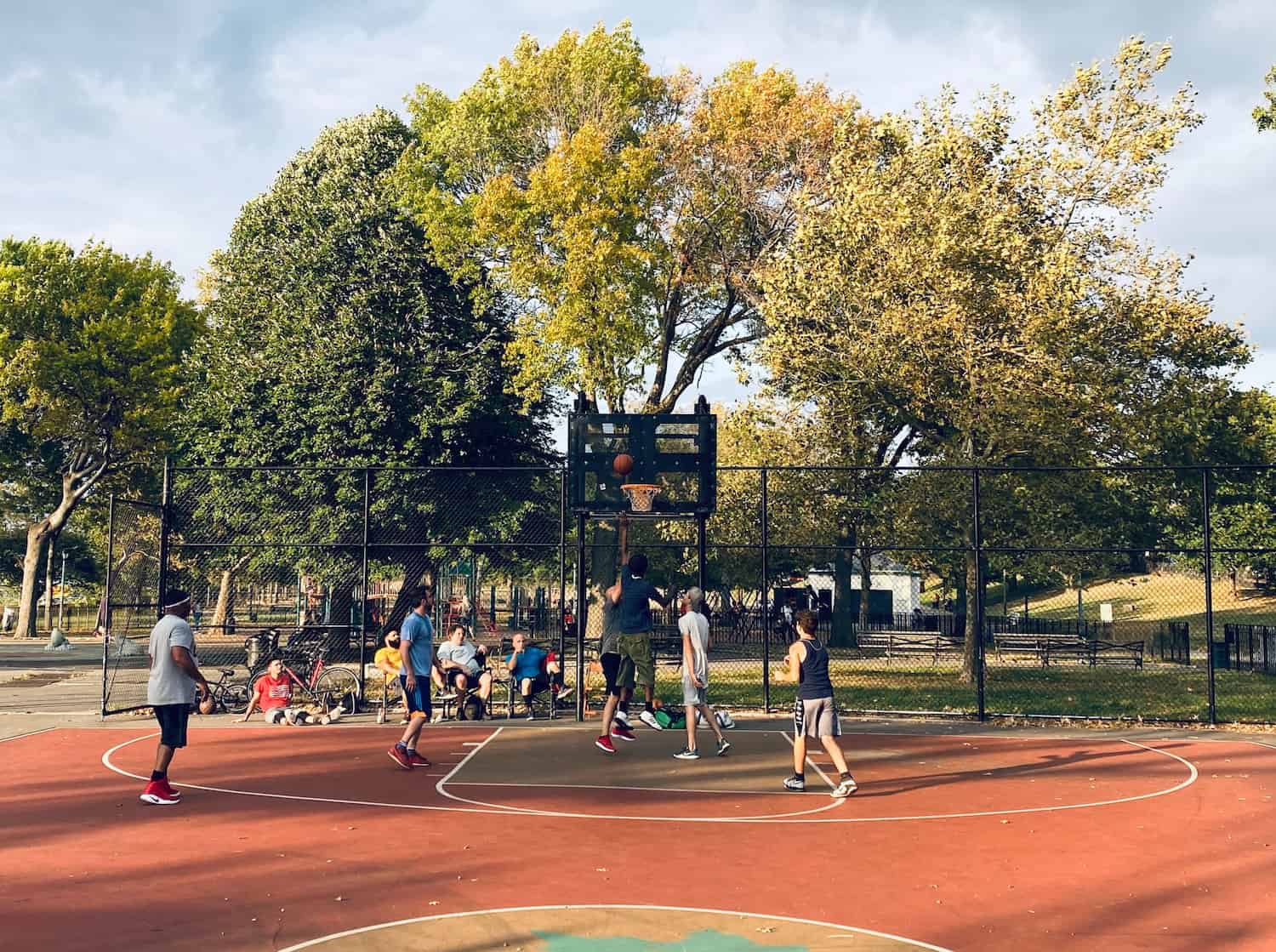 2. Bay Ridge is one of the best neighborhoods in Brooklyn

If you’re looking for a residential Brooklyn area that hasn’t changed much over the last 50 years, Bay Ridge could be perfect for you.  This is one of Brooklyn’s neighborhoods that is the oldest and most well known. Unlike more trendy neighborhoods like Cobble Hill and Boerum Hill, this community is a charming mixture of new and old. It offers a cute, small-town feel because you can find attached and detached homes close to the bay and within a mile of the Verrazano-Narrows Bridge. Many of the detached homes have driveways, garages, and backyards.

While homes and apartments aren’t cheap here, they are more affordable than an area like Park Slope, making it more attainable to live in a nice home within a safe community. As a result, Bay Ridge tends to attract married professionals in their mid-30s to late-40s with children. However, keep in mind that you’ll have at least a 45-minute commute into Manhattan (assuming traffic is cooperative that day).

When it comes to entertainment and dining, Bay Ridge doesn’t disappoint. You can find great shopping on the main drag on 86th Street, and 3rd Avenue is home to enticing eateries from 69th Street to the Verrazano-Narrows Bridge. 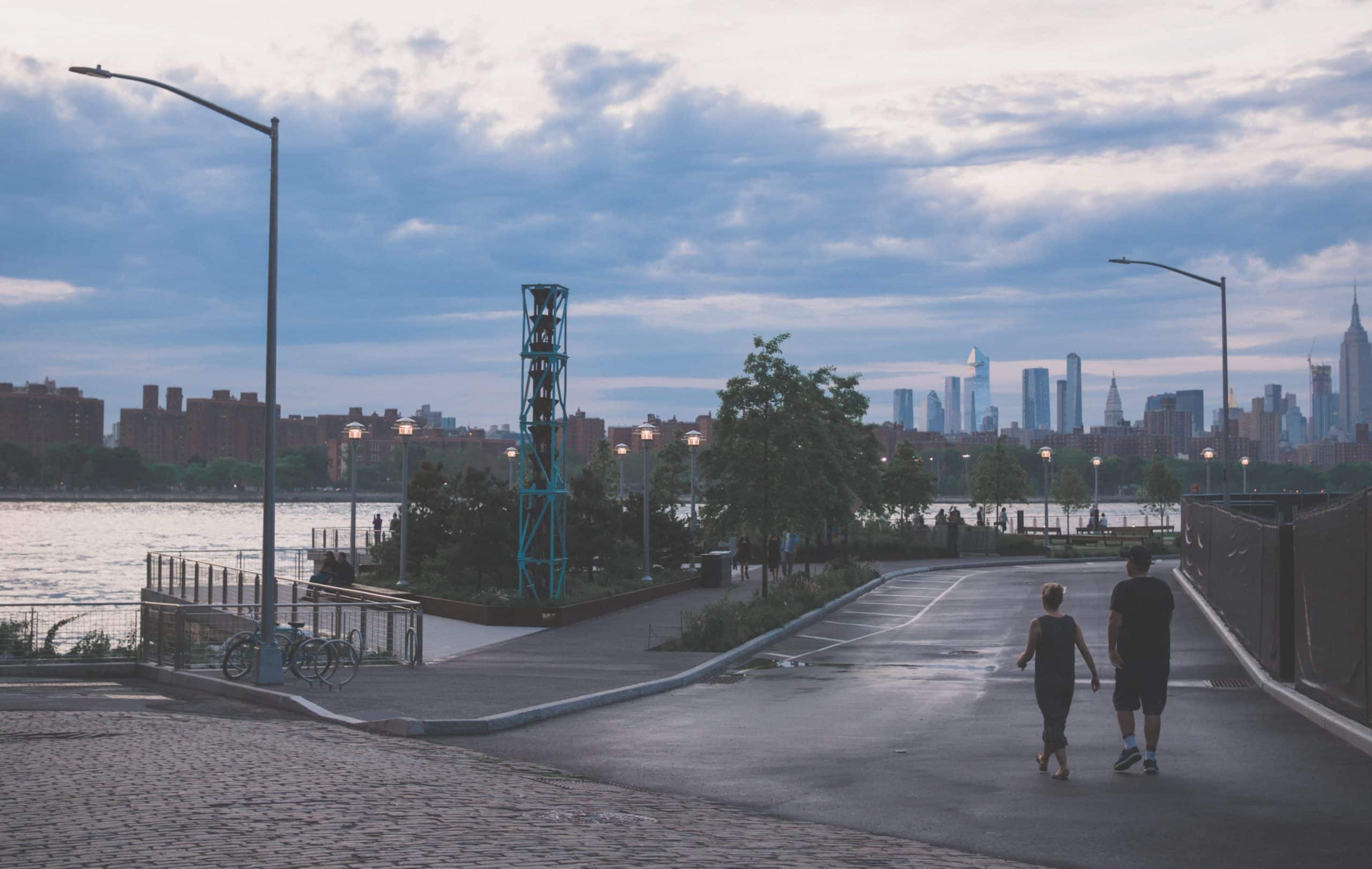 3. Be sure to consider the trendy neighborhood of Williamsburg

A list of Brooklyn’s neighborhoods wouldn’t be complete without mentioning Williamsburg. The past decade has been a time of evolution for this Brooklyn neighborhood, as it has become a more grown-up and expensive version of “hipster” culture. You’ll find hot restaurants and cocktail bars that provide Instagram-worthy creations, not to mention trendy boutiques. The community is also full of renovated factories and industrial buildings that have become studios and workspaces. Residents can capture some of the lower Manhattan scene in a more affordable place.

This community is often called “the new Soho” because it’s the place to be if you’re an artist, a designer or a writer who wants to live in a trendy area that’s still full of Brooklyn history and tradition. Professionals and families from diverse ethnic backgrounds also call this area home. Speaking of diversity, Williamsburg is home to a large population of Hasidic Jews whose ancestors fled Europe due to World War II. The area also attracted Puerto Rican and Dominican immigrants who still call the area home today.

The Williamsburg neighborhood is bordered by Greenpoint to the north and Bedford-Stuyvesant (Bed-Stuy) to the south, while Bushwick lies to the east and the East River is to the west. The area is in a convenient location, which makes it easy to take the subway, the bus, or a bike to commute to Manhattan each day. 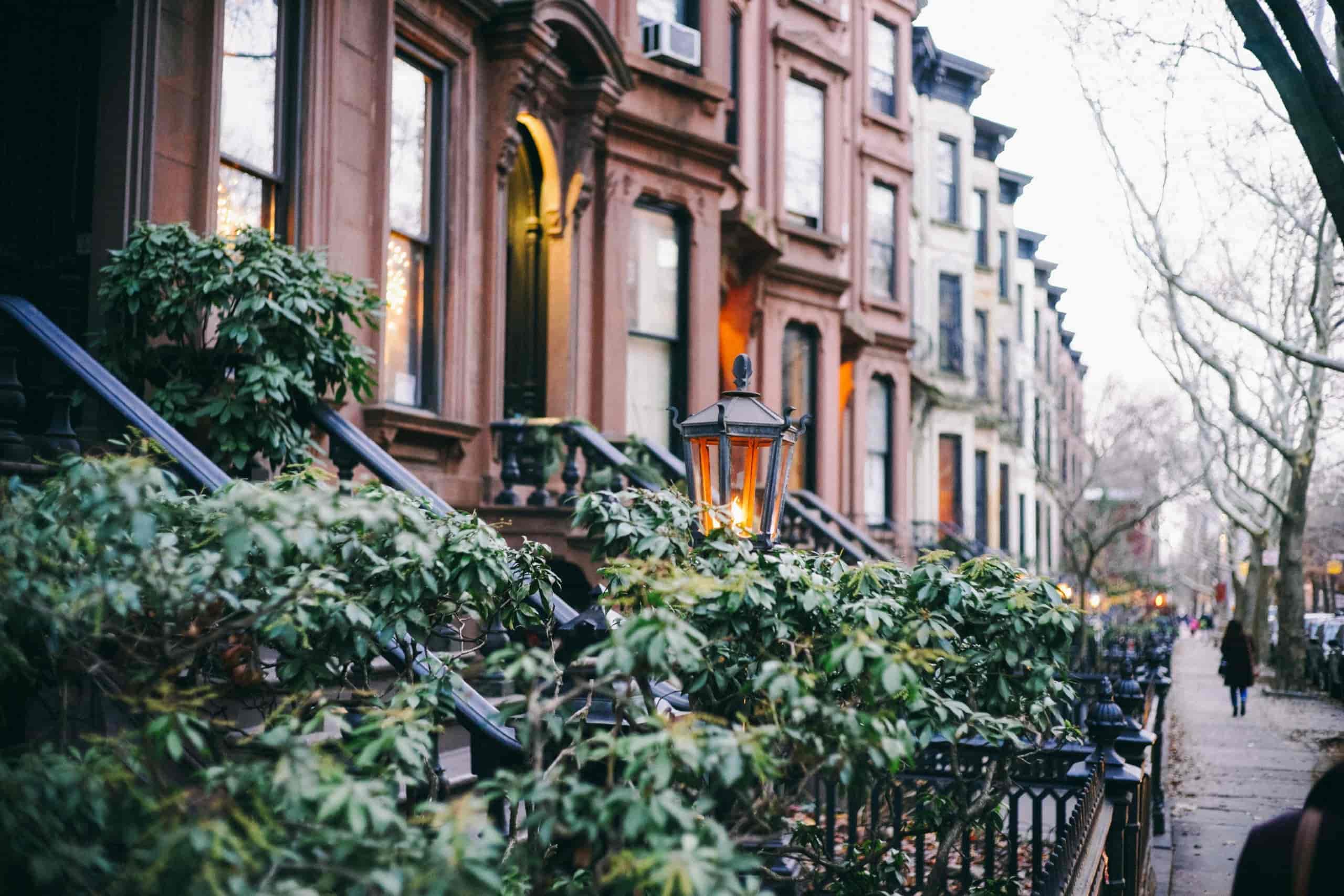 4. Carroll Gardens is one of the Brooklyn neighborhoods that people love

If you want to live in the heart of old-school Brooklyn (and be surrounded by the borough’s beautiful brownstones), Carroll Gardens is a great place to call home. This Brooklyn neighborhood has always been known for its delicious Italian eateries and bakeries, but now there are new faces also lining the streets, including yoga studios and frozen yogurt shops. Even with these new additions, the area has retained its authenticity, making it one of the best neighborhoods in Brooklyn.

Visitors and residents alike love the small-town feel of this community. It’s an unpretentious place where you know everyone by name, from your neighbors to your mail carrier. The neighborhood gets its name from the large front gardens that many homes feature, which adds to the charm of this area.

Once known as South Brooklyn, this area is surrounded by neighborhoods. You can also check out adjacent neighborhoods like Cobble Hill, Boerum Hill, Gowanus, and Red Hook. And as you walk around the neighborhood, you’ll notice people of all ages enjoying the community, including children, parents pushing strollers, and older generations who are going out to shop at the local businesses. 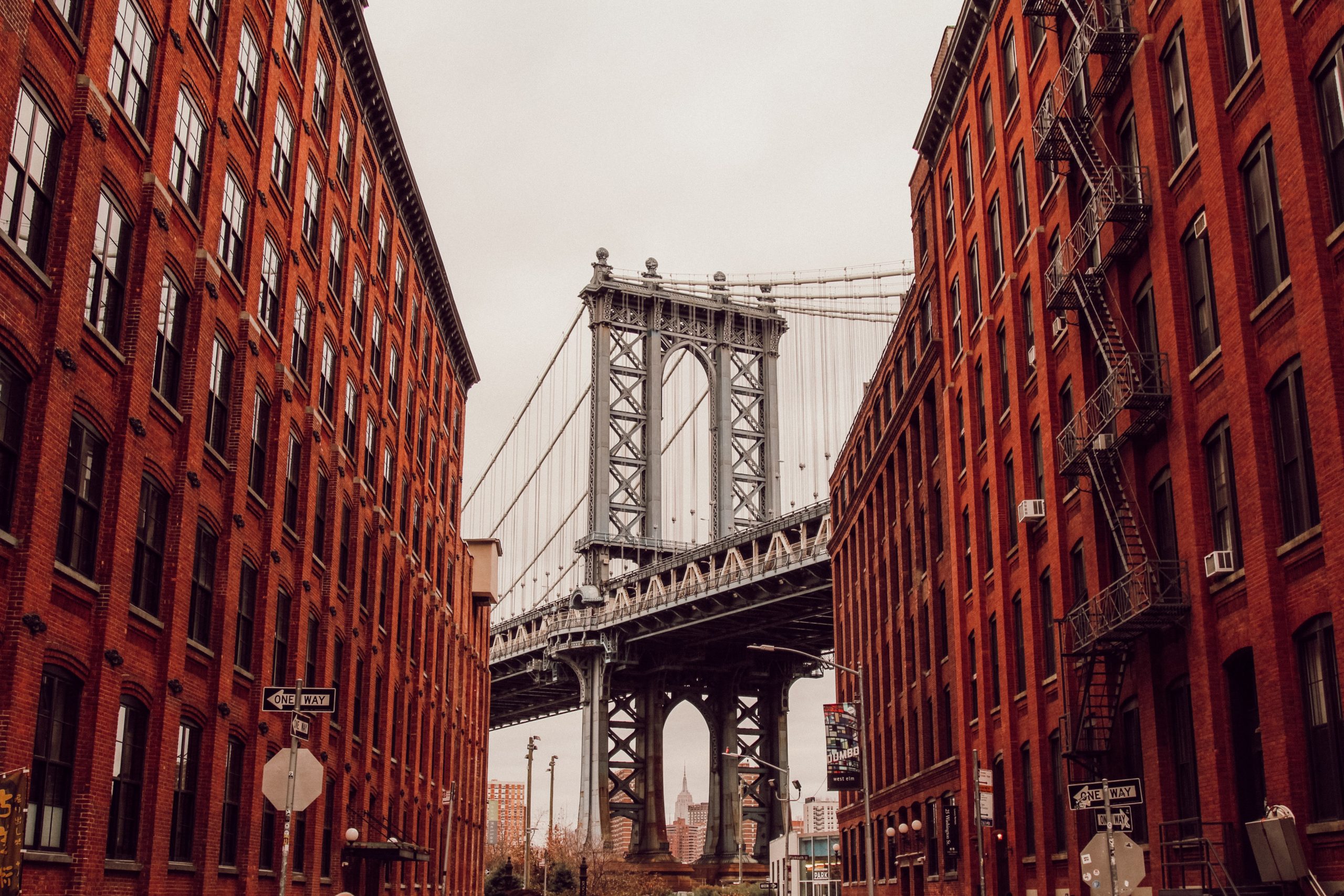 5. You’ll want to add DUMBO to your list of Brooklyn neighborhoods to consider

You may have seen a picture of DUMBO, or Down Under the Manhattan Bridge Overpass, and not even realized it. The now-famous picture was taken along a cobbled street that’s lined with warehouses, with the Empire State Building and the towers of the Manhattan Bridge in the distance. Views like this one have long made DUMBO a popular spot for visitors and movie location scouts.

This neighborhood has Brooklyn Bridge Park to the north and Brooklyn Heights to the south, while the Brooklyn Bridge itself is to the west and Vinegar Hill lies to the east. What was originally a ferry landing has grown to become an upscale residential and commercial community. It’s also known as a center for technology startups and corporation headquarters like Etsy and West Elm.

As you explore DUMBO, you’ll find that there’s plenty to do in the area. You can hit up some of the trendy shops and then stop by one of the popular restaurants or bars to refresh yourself. Other gems that you can check out include the Brooklyn Roasting Company for coffee, the Brooklyn Flea for flea market finds, and Front General Store for curated vintage treasures. 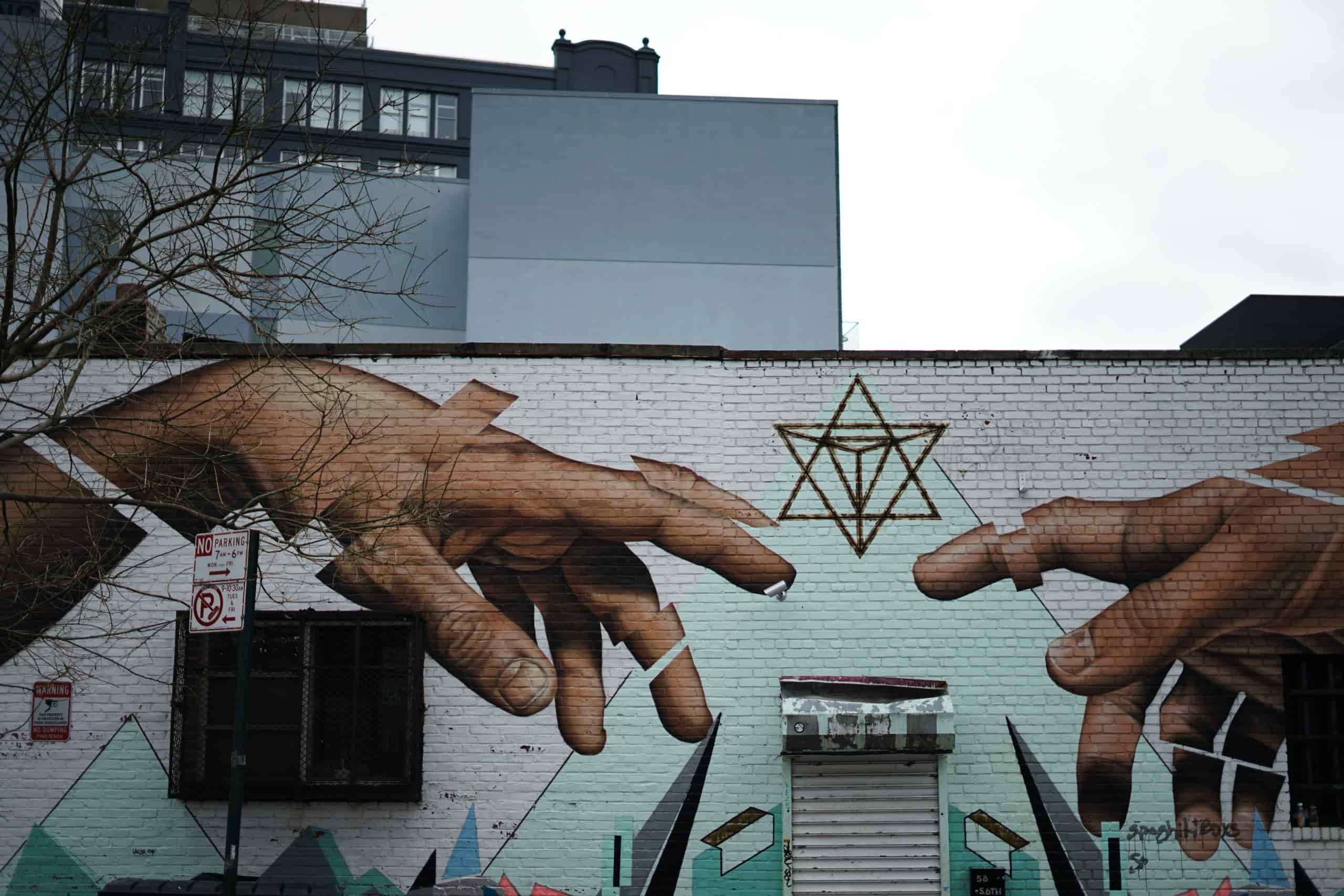 6. Bushwick is one of the trendiest and best neighborhoods in Brooklyn

This traditionally blue-collar neighborhood may only take up two square miles of Brooklyn, but it has emerged as the ideal place for single urban professionals who are looking for an edgy and evolving neighborhood that’s still attainable. Many artists, filmmakers, and writers love that this authentic community is still in the early stages of development, making it a rare find for people seeking inspiration and deals on housing.

The Bushwick community has a reputation for being a hardworking and close group of people. Many of the neighborhood’s residents are Hispanic, as a large wave of immigrants moved into the area in the late 20th century. As mentioned above, more creative and young professionals have also moved into the neighborhood, so more street murals and warehouse gallery spaces have popped up.

The area is surrounded by Williamsburg, Bed-Stuy, and East New York, making it easy to explore other trendy neighborhoods. However, there’s no shortage of things to do in Bushwick. You can head over to Nowadays for drinks and games, and then grab a zodiac-themed cocktail from Mood Ring after eating pizza at the renowned Roberta’s. 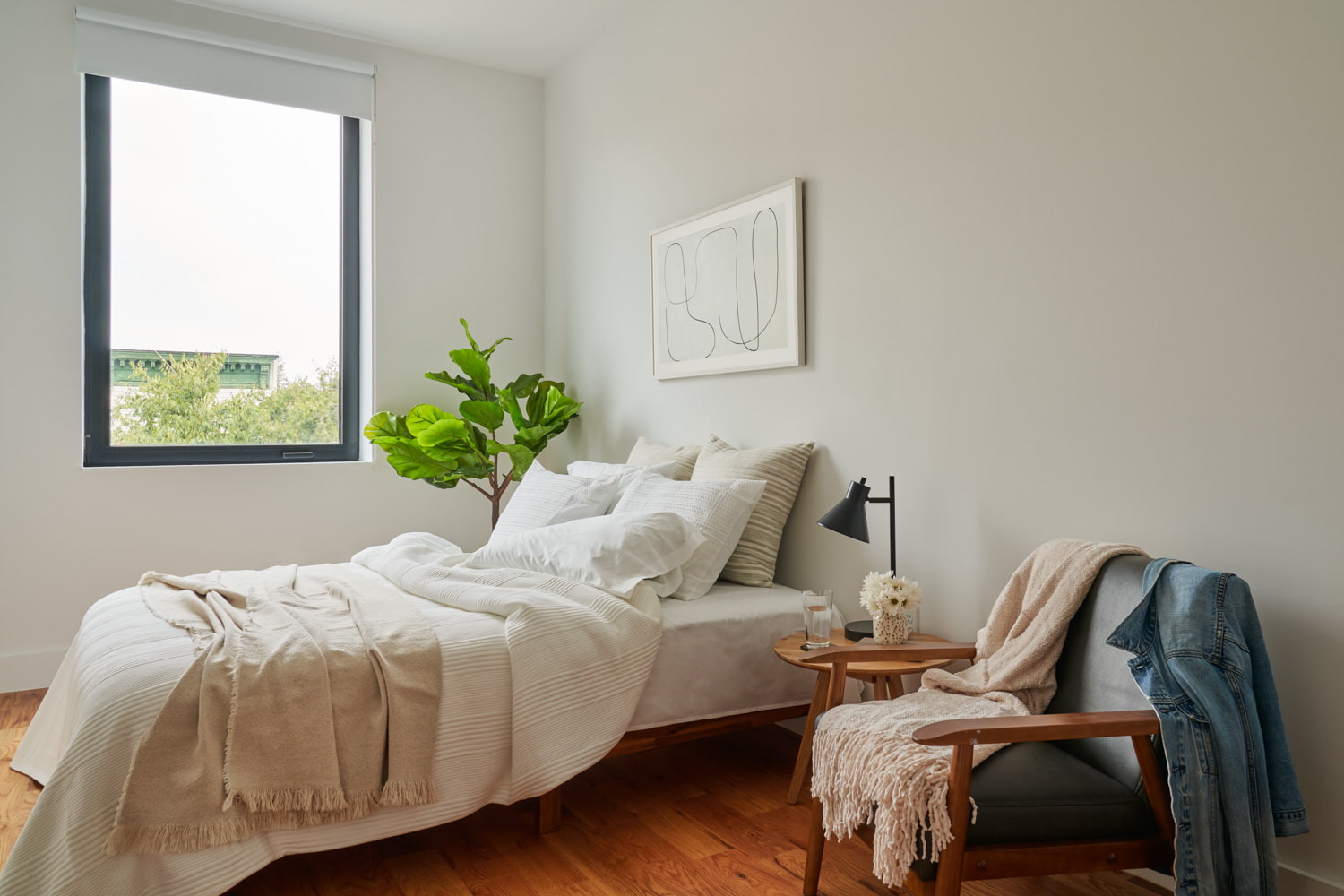 Enjoy all these neighborhoods for yourself by moving to Brooklyn

Brooklyn neighborhoods are ideal for people who want to enjoy everything this borough and New York City have to offer. You can take in the food, culture, entertainment, and history of this area, all while meeting new people from a wide variety of backgrounds.

Ready to make your home in Brooklyn? A coliving space in Bushwick may be exactly what you’re looking for. You can enjoy city living for an attainable price by renting a private room in a beautiful shared suite at Common Gates. This coliving building offers a gym, a movie room, a furnished courtyard and rooftop, a workspace, and a community lounge. Explore coliving in Brooklyn today.

And one very special apartment for under $1000.