Where to live in Los Angeles: A complete guide

Making the move to Los Angeles is very exciting. There’s so much going on in this Southern California city that you’ll never run out of things to do in Hollywood, Ca. However, LA is a major city, so it can be difficult to decide which Los Angeles neighborhood is right for you. You might have an idea of what areas to avoid, but do you know if you want to live in the San Fernando Valley, Los Feliz or Beverly Hills? Each of the neighborhoods in the Los Angeles area has a distinct vibe, so you’re sure to find the best neighborhood for you.

Culver City is famous for being home to the MGM Studio and silver screen stars. However, it’s not just a piece of moviemaking history. It’s also where many diverse, young professionals and families call home. Not only does this neighborhood provide great restaurants and fun nightlife, but it also has reasonable rent.

This Los Angeles County neighborhood is close to Downtown LA, Venice Beach as well as Santa Monica, which makes it easy to commute to different parts of the city. Another thing that you’ll have easy access to in Culver City is the amazing Kenneth Hahn State Recreation Area. This outdoor wonderland features a combination of the native coastal sage scrub habitat, landscaped areas, hiking trails, and a fishing lake. There’s also a community center and places for kids to play.

If you prefer to spend time indoors, you’ll want to check out the mall known as Platform. The space features everything, including boutiques, bars, restaurants, and a spa that focuses on massages. A few of the best spots to get a drink or a bite to eat in Platform include Loqui, which is famous in LA for its delicious Mexican dishes, and Margot, which is renowned for offering cocktails, small plates, and great rooftop views. 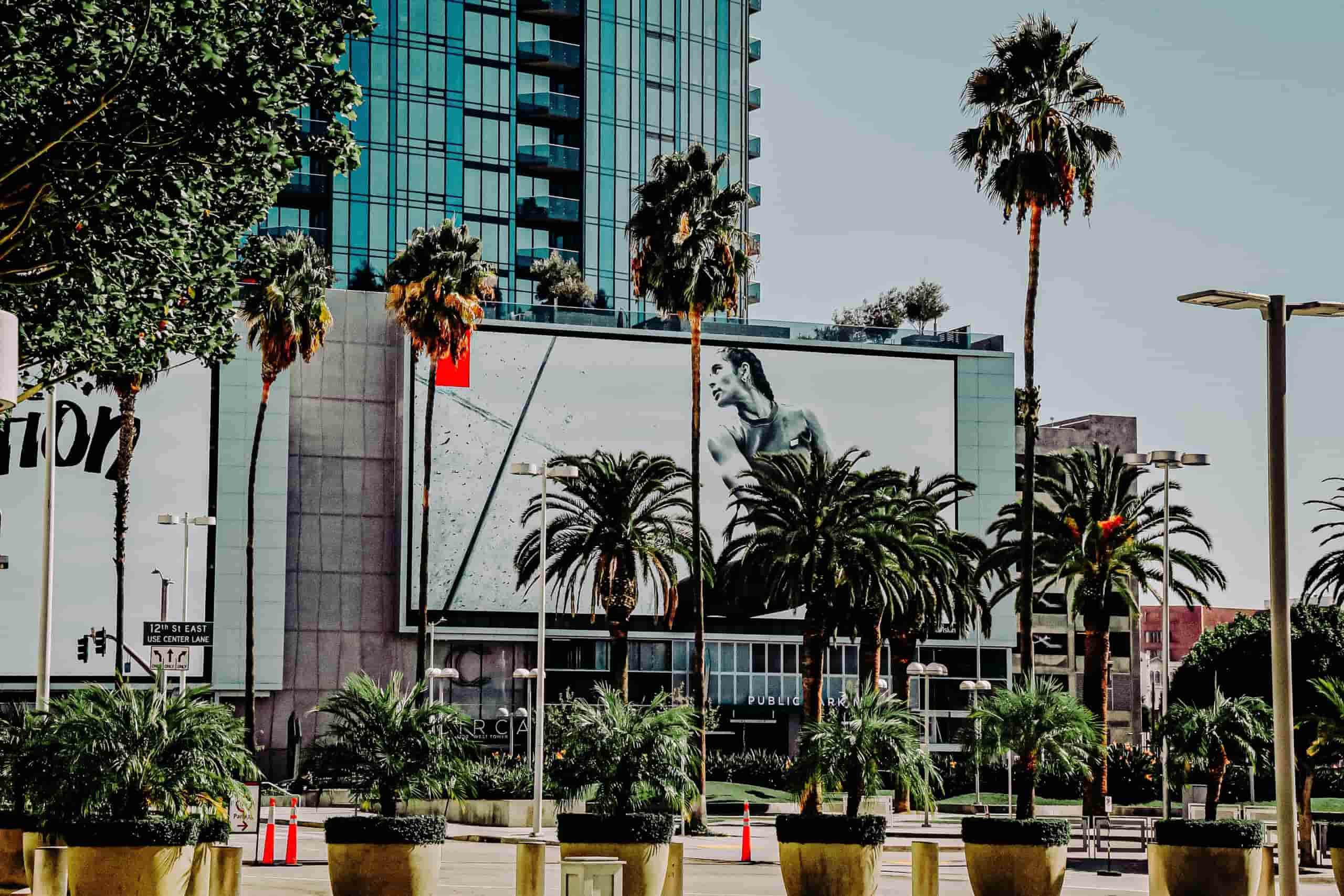 Some people think they should avoid Downtown Los Angeles, also known as DTLA, due to its infamous traffic and the reputation of Skid Row. However, this Central LA neighborhood is rich in culture and nightlife. As you explore this part of town, you’ll discover gems like Koreatown, Chinatown, Little Tokyo, and the Arts District. You’ll also find that this is one of the most transit-friendly and walkable neighborhoods in Los Angeles.

Downtown LA is full of amazing landmarks, including the breathtaking Bradbury Building, which was built in 1893, and the iconic Angels Flight Railway in the Bunker Hill district, and the historic El Pueblo de Los Angeles. Speaking of landmarks, many people view Skid Row as an infamous one. However, over the years, gentrification has brought new development and businesses to the area, revitalizing this once-avoided area of DTLA.

If you’re looking for amazing Los Angeles restaurants and enticing art and design, the Arts District in LA delivers. In fact, this district is home to Bavel, one of the best restaurants in the whole city. This Middle Eastern eatery is always packed with people looking to grab some shawarma or hummus. While we’re on the topic of good eats, Grand Central Market can’t be beat, as it offers a wide variety of established food stalls and emerging favorites.

When people ask where to live in Los Angeles, Glendale is a North Hollywood neighborhood that often pops up. This area is famous for being the heart of LA’s Armenian population. As a result, it offers diversity and a feeling of community that makes it perfect for families. However, keep in mind that Glendale is about 30 minutes from downtown. This is perfect for people who don’t mind a little commute.

This LA neighborhood is famous for offering views of the Verdugo Mountains and beautiful parks like Brand Park and, of course, Griffith Park on its border. This park features more than 4,200 acres of natural terrain and landscaped park and picnic areas. It also holds the honor of being one of the United States’ largest municipal parks that offers urban wilderness areas. Many people enjoy hiking the hills and valleys to check out the wildlife.

Glendale is also renowned for offering amazing Middle Eastern food. Great eateries include Raffi’s Place and Skaf’s Lebanese Cuisine. However, Mini Kabob is the one that truly stands out. It might not look like much from the outside with its no-frills storefront, but this family-run Armenian joint serves up some of the best kebabs and salads in this major city. 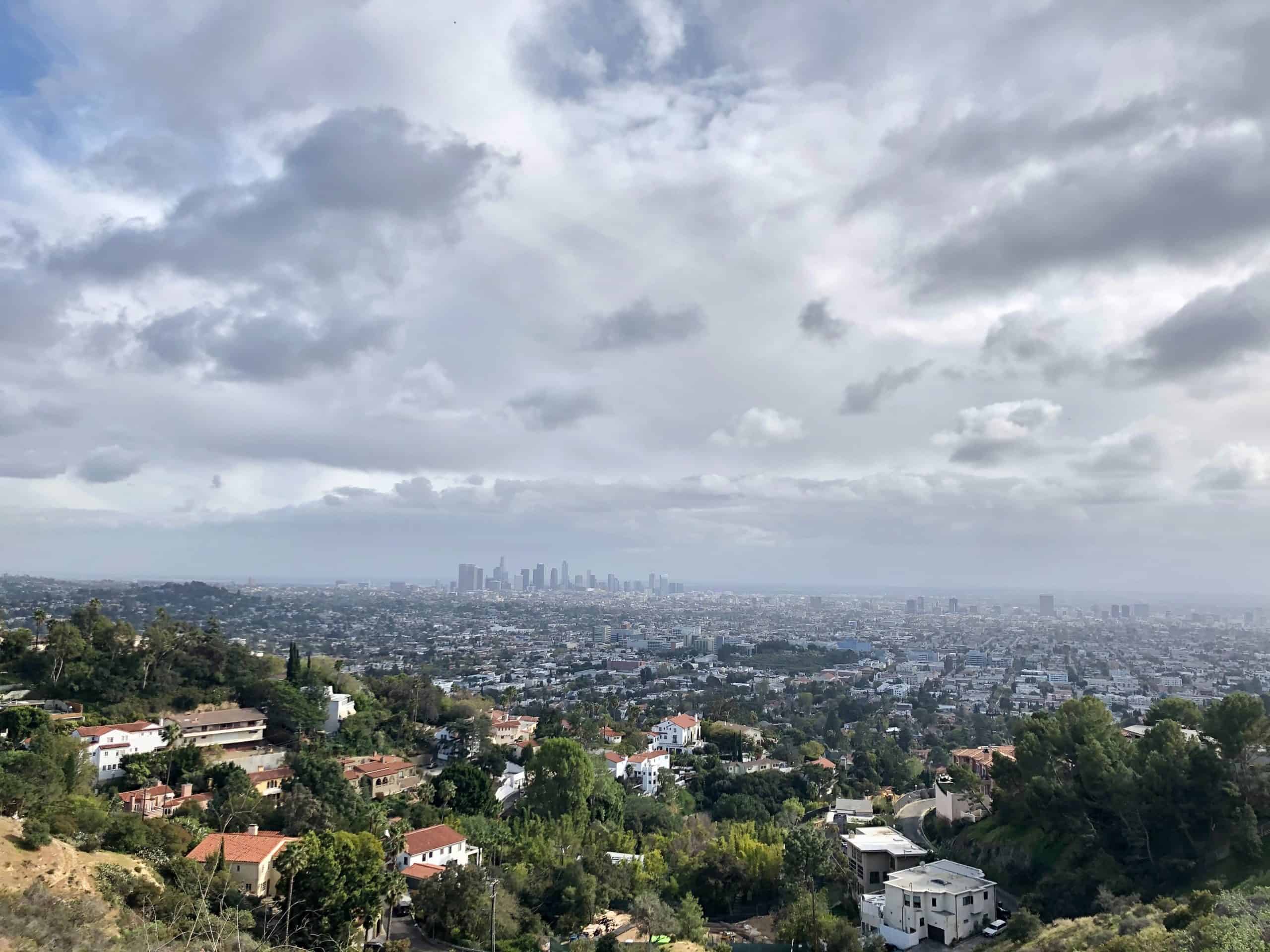 Wondering where to live in Los Angeles? Los Feliz is a great option

Although technically in Hollywood, Los Feliz stands out as a unique Central LA neighborhood. You can find Old Hollywood charm and hipster delights that have helped this neighborhood make a name that’s all its own. People describe this Los Angeles neighborhood as “relaxed” and “walkable.”

Like Glendale, Los Feliz is near Griffith Park. That means you can work a corporate day job and still enjoy time hiking in the splendor of nature in an area that’s bigger than Central Park. You can also stop by the Griffith Observatory to see the stars in space rather than the ones in Tinsel Town.

To enjoy the hustle and bustle of Los Feliz, you’ll want to check out Hillhurst and North Vermont Avenues, which are lined with bars, restaurants and boutiques. The food especially stands out here. There’s great Italian food at La Pergoletta and Il Capriccio on Vermont. For incredible Asian food, you can check out Starfish Sushi or Pho VT Vietnamese and Thai Kitchen. There’s something for just about everyone. 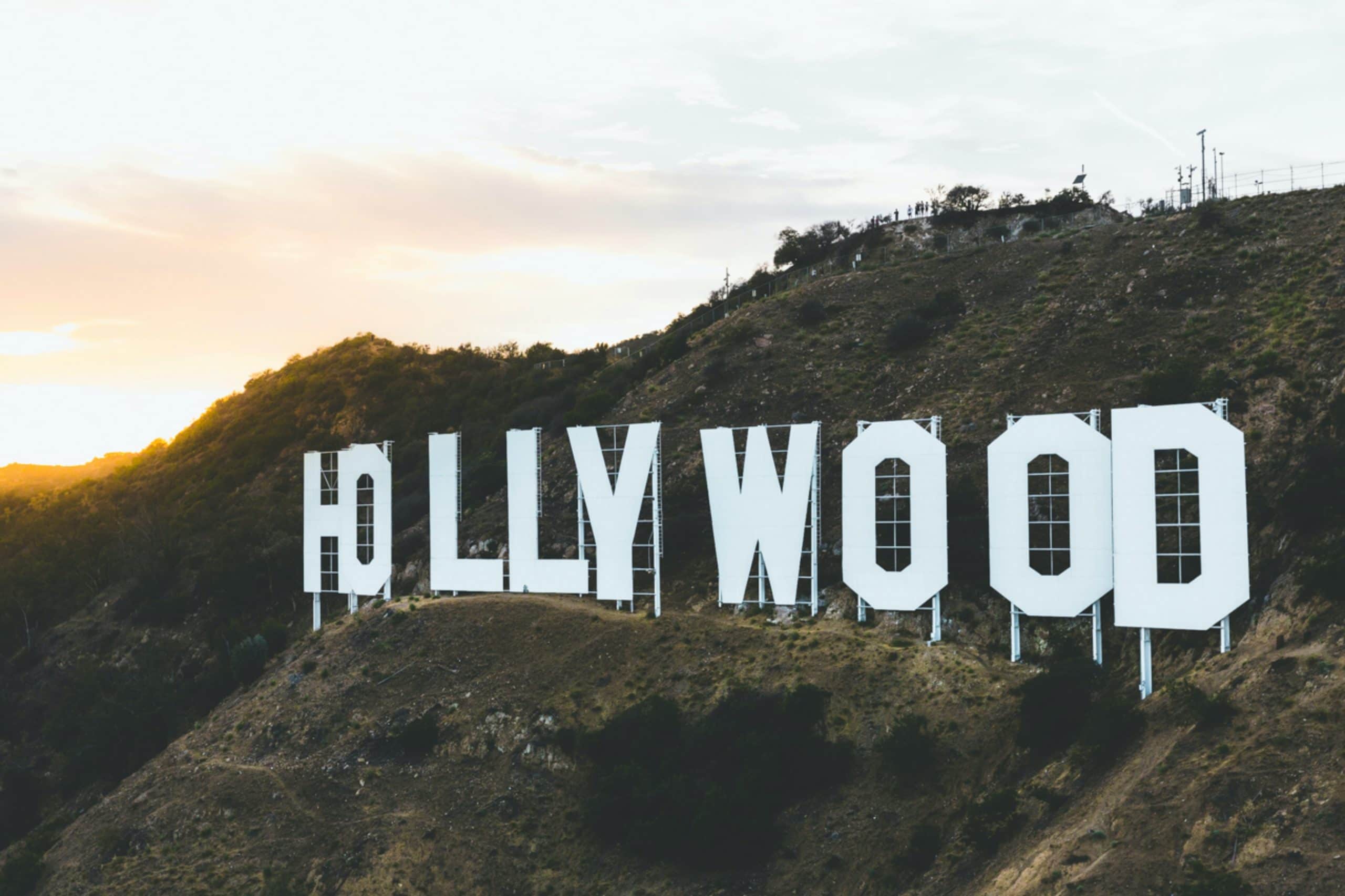 Hollywood is probably the most famous part of LA County. It’s the home of glitz and glamour, but it’s not just a place where movie magic gets made. Real people do live in this Los Angeles area. However, these real people do need to have enough money to afford the rent here.

As you start to explore Hollywood as one of the places to live in LA, you should know it consists of several areas. Just a few of them include Bel Air, Beverly Hills, Central Hollywood, North Hollywood, East Hollywood, West Hollywood, and South Hollywood. You can also find the Hollywood Hills a little further out. You should know that each area has a slightly different vibe, but you can still expect to see celebrities, tourists, and lavish examples of wealth.

There’s a lot of variety in the things to do in Hollywood, California. To enjoy some amazing nightlife, you should visit the Sunset Strip. If you want to indulge in a little retail therapy, Rodeo Drive is the place for you. As for food and drink, there are some of the best restaurants in Hollywood. There’s everything from Wolfgang Puck’s renowned Spago to places for hot dog lovers like Vicious Dogs and Pinks. 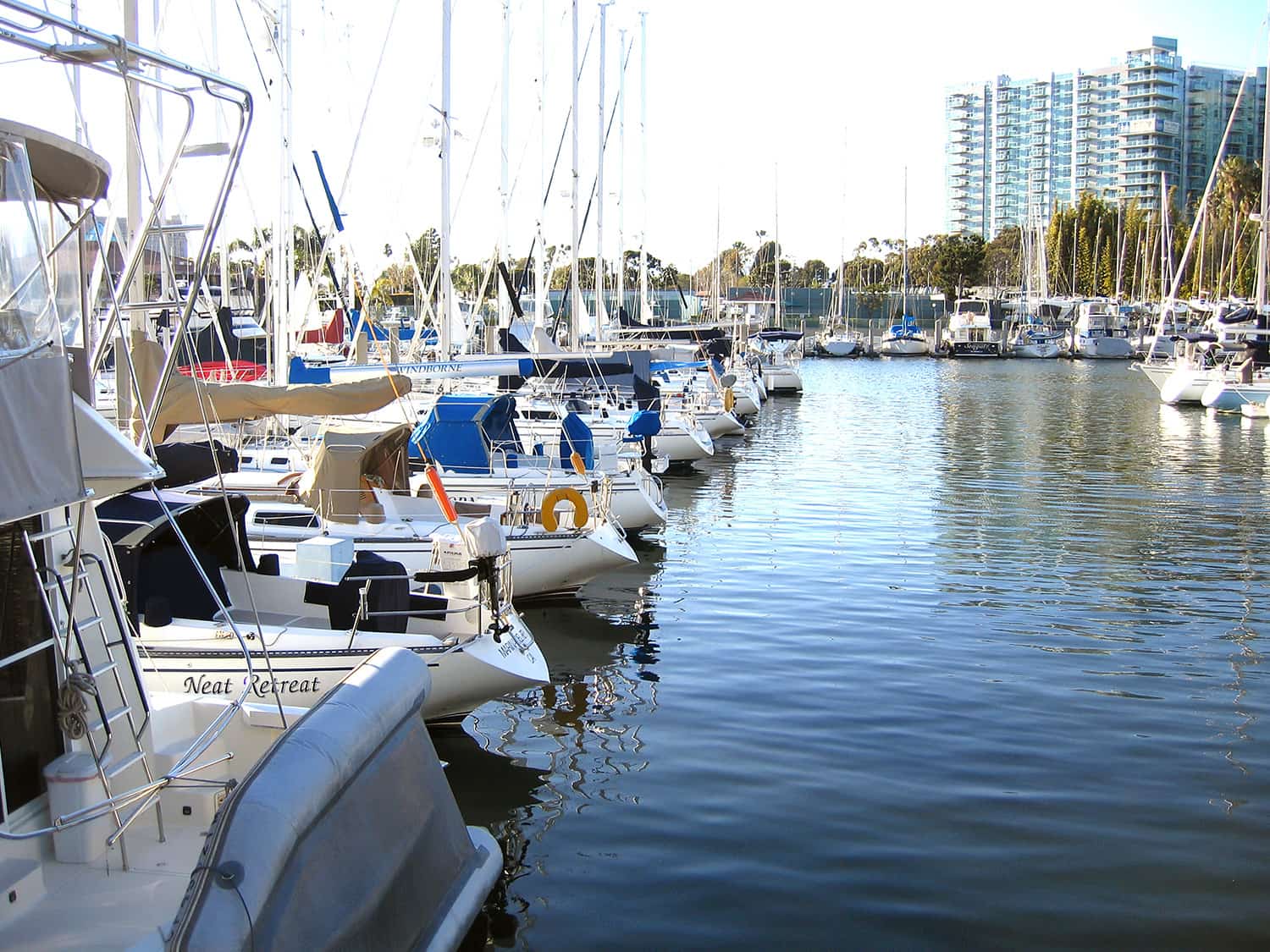 Marina del Rey is a wonderful place to live in LA County. As the biggest man made marina in the United States, you can expect to see sights that include beautiful boats and curious sea lions. When it comes to housing, there are many large Los Angeles apartments and residential complexes as well as towering condos that attract young professionals to this Los Angeles area.

If you love to enjoy sand and surf, Marina “Mother’s” Beach doesn’t disappoint. This 12-acre lagoon is peaceful due to its lack of surf, which makes it the ideal place to relax. You can also visit outdoor spaces like the Aubrey E. Austin Jr. Park and North Jetty. There, you can walk along paved pathways and enjoy views of the harbor and planes leaving LAX. You’re also not far from world-renowned beaches, including Playa Del Rey, Santa Monica Pier and Beach, as well as Venice Beach.

Spending time on the water can make you hungry, but thankfully, Marina del Rey has no shortage of amazing eateries. There’s SUGARFISH for fans of sushi rolls and sake, while SALT Restaurant & Bar offers burgers, pizza and salads. You can also find steakhouses, seafood eateries and local Italian gems like Scopa Italian Roots. 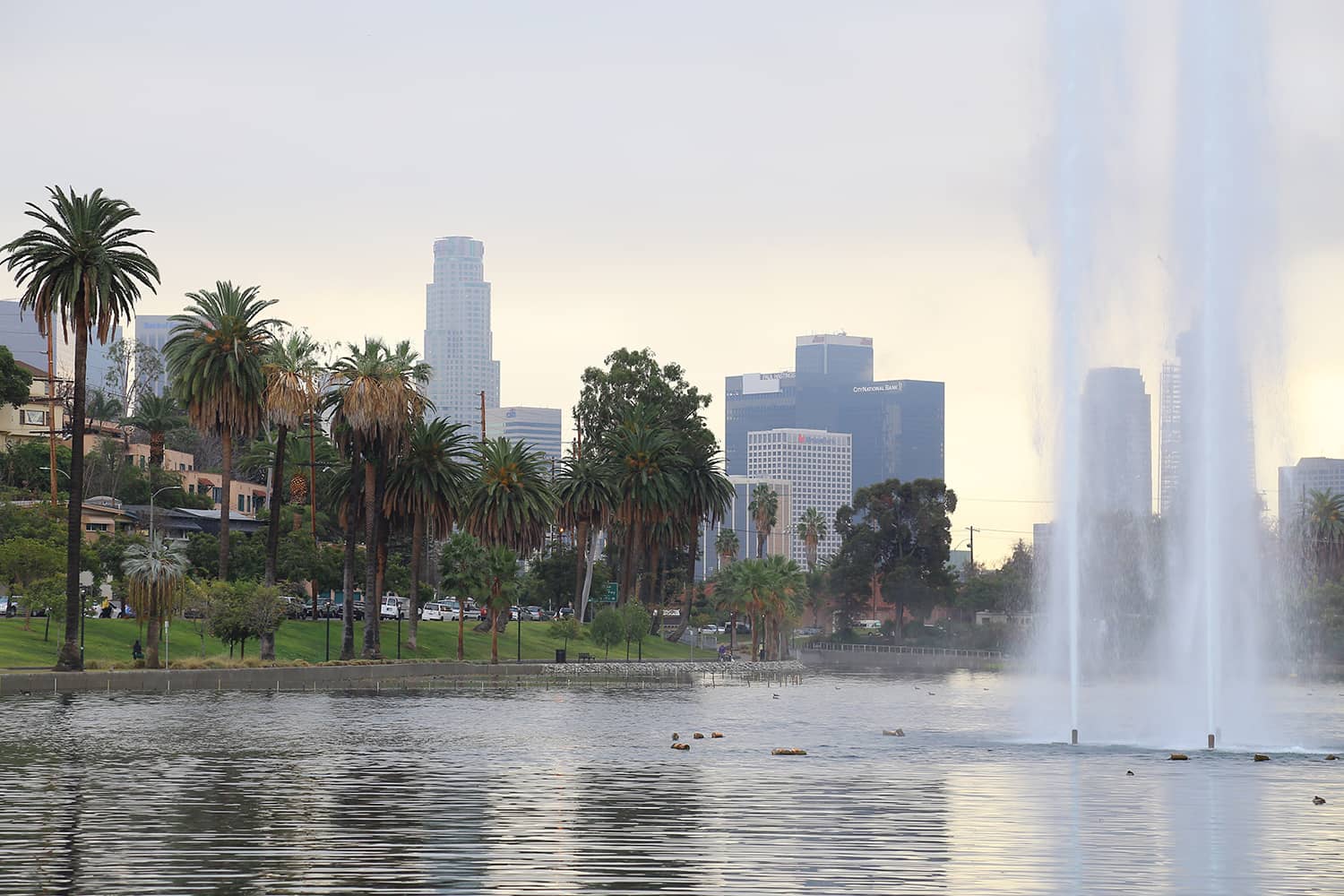 If you want to enjoy the best of Los Angeles without any of the downsides, Silver Lake is your best bet. It has amazing green spaces and the traffic and parking issues aren’t nearly as bad as other parts of the city. Although this area specifically appeals to millennial hipsters, it still attracts a diverse mix of young adults. This area provides easy access to DTLA and Hollywood and surrounding neighborhoods like Echo Park and Angelino Heights, which is great for commuting and checking out the latest in these areas.

People in Silver Lake love to visit the Silver Lake Reservoir. It’s a popular loop trail around a lake that’s a little over 2 miles long. It’s great for both running and walking, and you can even bring a furry friend if your dog stays on a leash. Speaking of dogs, the Silver Lake Dog Park is also a great place to bring your pup.

The Sunset Strip extends through Silver Lake, which provides access to plenty of nightlife. Both on and off the Sunset Strip, you can find plenty of amazing restaurants, as Silver Lake is renowned for its eateries. Some popular destinations include Night + Market Song for Thai street food, Freedman’s Deli and WOOD Silver Lake Pizza & Pasta. 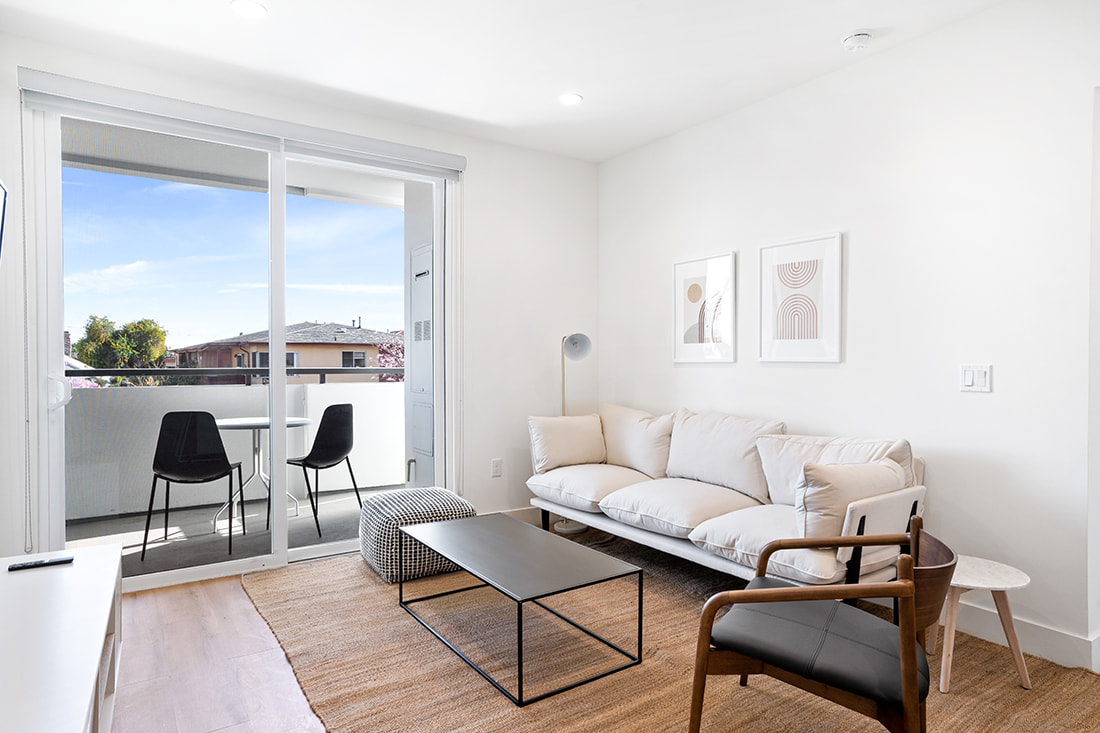 Find the best place to live in LA for you

Now that you have an idea of where to live in Los Angeles, we can help you find a great place to call home. We offer beautiful private studios, apartments, and coliving spaces across our locations. As a Common member, you’ll enjoy L.A. living with access to people-first property services, our built-in community, and convenient amenities, all for an attainable price. Explore our living spaces in Los Angeles today to find the best space for you!