One of the most cinematic cities in America, San Francisco has starred in countless acclaimed films — and for good reason. The Victorian architecture, impossibly-hilly streets, and iconic landmarks easily earn it a leading role. San Francisco is far from a bit-part actor.

Despite the beautiful representations of San Francisco on the silver screen, the Bay’s best sights will take a bit more than a 90-minute runtime to explore. Residents of our San Francisco homes will have plenty of time to get familiar with the Golden City when they’re not enjoying any number of Common amenities like fully-furnished units, included utilities, and community events.

There’s a lot of SF to see — some obvious picks and some hidden gems — so we best get a move on! Here are 10 things you need to see and do your first month in San Francisco. 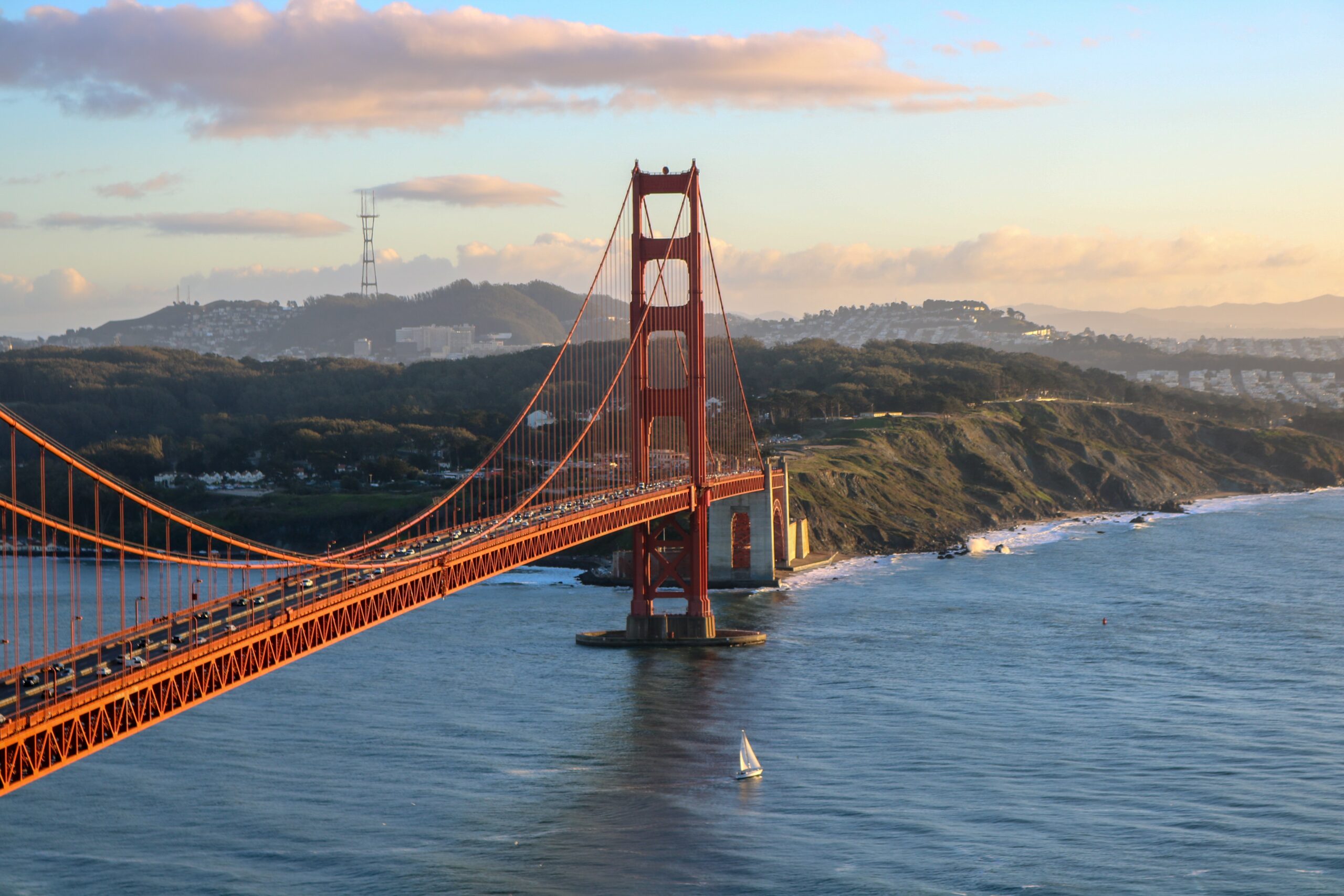 Let’s get the icons out of the way first, shall we? The Golden Gate Bridge is no cliché and no one is “too cool” to pay the near-100-year-old, rusted-fire-engine-red suspension bridge a visit. Free walking tours are available, and we highly recommend one to understand the history and the sheer scale of this engineering marvel.

Keep on truckin’ down to San Francisco’s Haight-Ashbury district: an epicenter of American counter-culture. It’s not hard to find (the district is named after its intersecting streets) but upon arrival it may be hard to leave. Entrancing wall murals, Pez-candy-colored Victorian townhomes, and dozens of…interesting…shops make it easy to lose an afternoon in this legendary neighborhood. 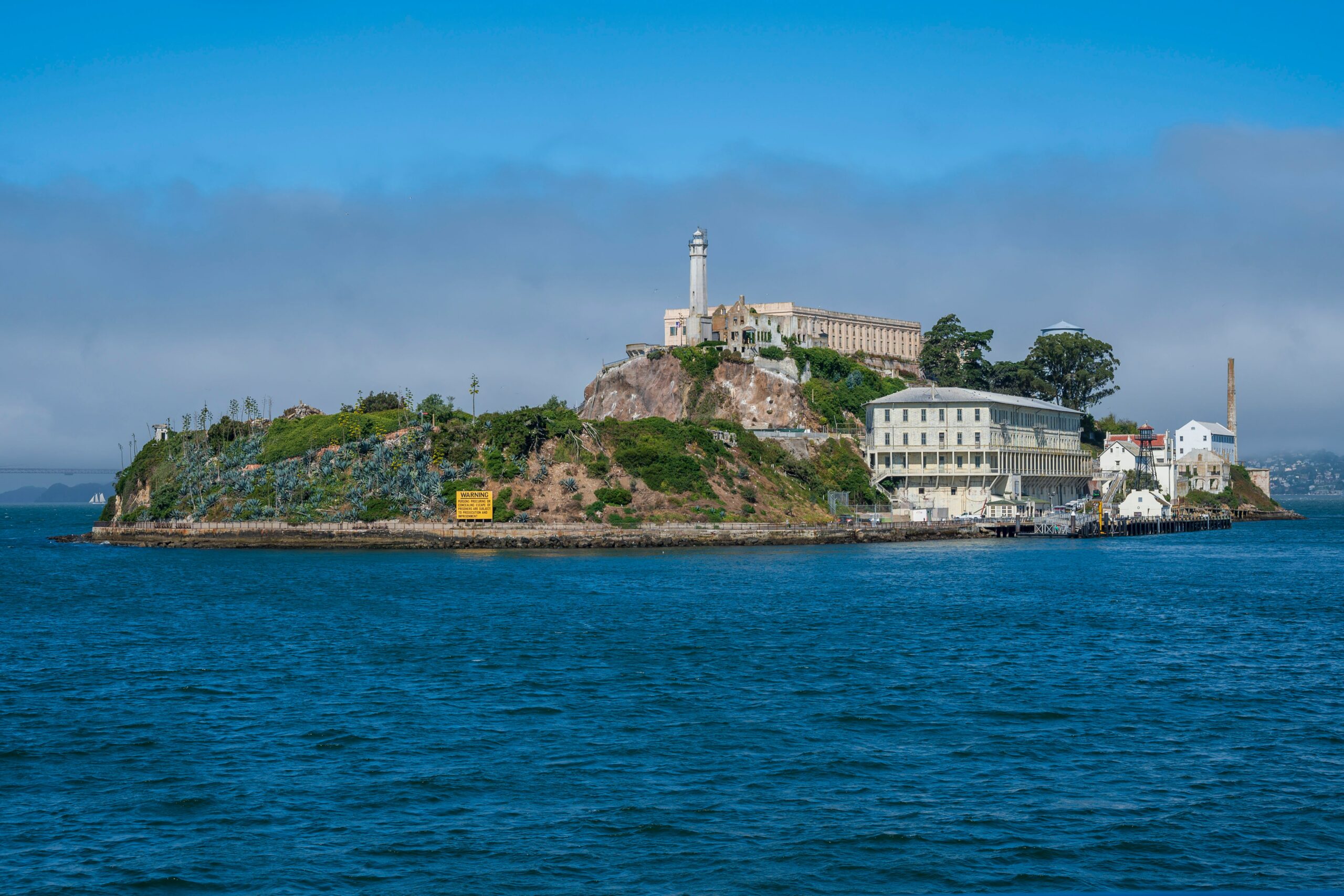 This one is for the true crime-obsessed. Alcatraz Island, nicknamed The Rock, is home to a defunct maximum security prison and receives nearly 2 million visitors in an average year. Guided day tours are an excellent way to learn about the history of the structure, but for the thrillseekers we suggest a slightly more spooky sundown tour.

If you’ve seen a movie set in San Francisco, you’ve probably seen these iconic cable cars. In operation for over 150 years, the cars powered by an underground cable system serve as a viable method of public transit while also transporting you back to the post-Gold Rush boom of California.

San Francisco’s sea lion scene is no joke. Piling up on Pier 39, the blubber-bound creatures have been treating the SF pier as a resting place in-between hunts since 1989. You can always watch the seals on Pier 39’s live cam (there are at least 30 sea lions lounging as we write this) but make it a point to visit them in person.

Off the Beaten Path 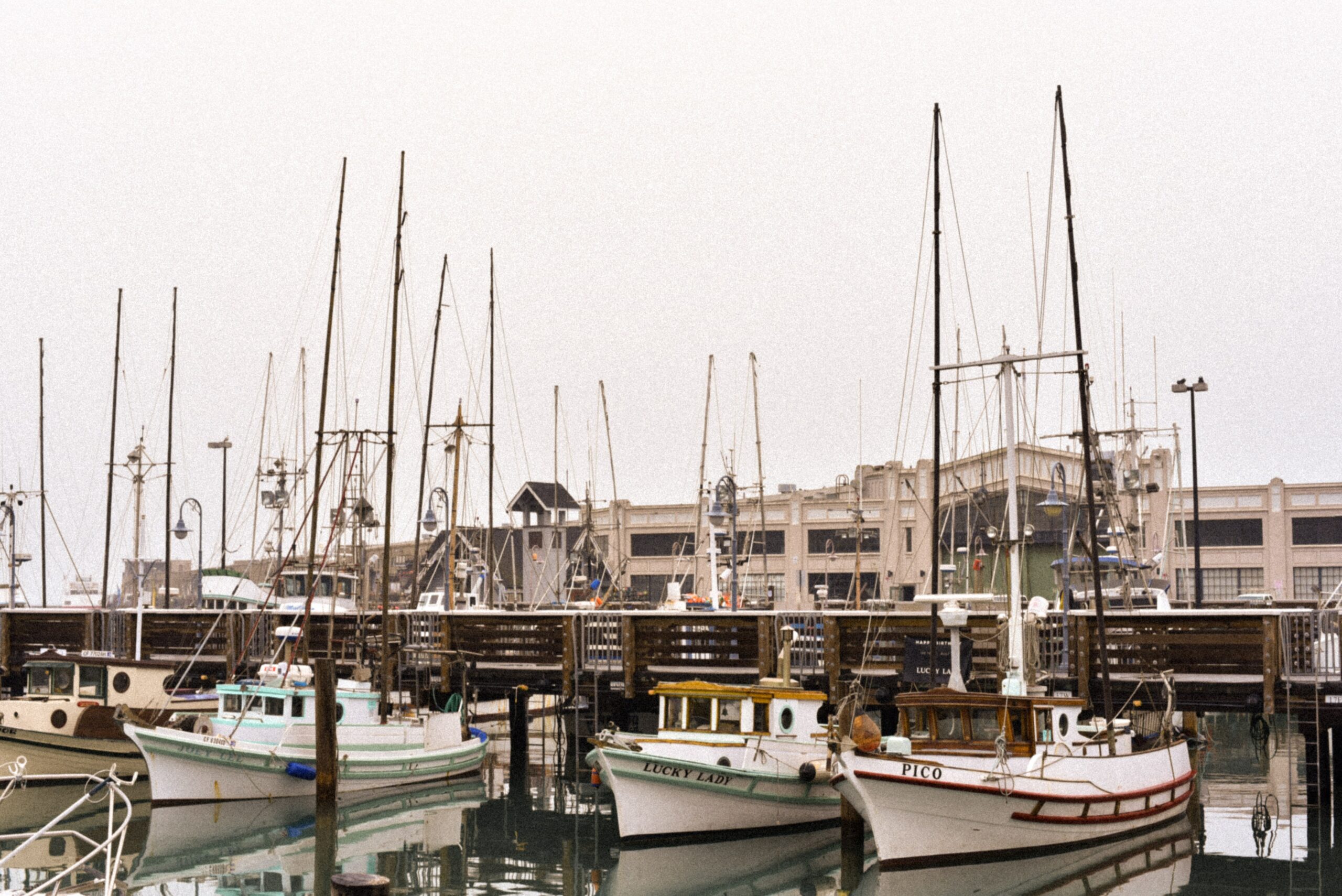 On to some of our lesser-known San Francisco must-sees, starting with Musee Mecanique: one of the largest collections of coin-operated machines in the world. Located at SF’s Fisherman’s Wharf, the collection consists of analog pinball machines, “love testers,” and just about any other classic arcade fixture you can imagine. Should you visit this blast-from-the-past as soon as you touch down in San Francisco? Yes. Will you want to pay it another visit as soon as you leave? Yes.

Less Mecanique, more mosaic. Clear across town from our SoMa homes–but well worth the hike–is the community collaboration-turned-Instagram-fodder, the 16th Avenue Tiled Steps. These 163 steps of mosaic mastery have been brightening up the Golden Gate Heights neighborhood since 2003, and the astronomy-oriented motif is even more out-of-this-world in person. 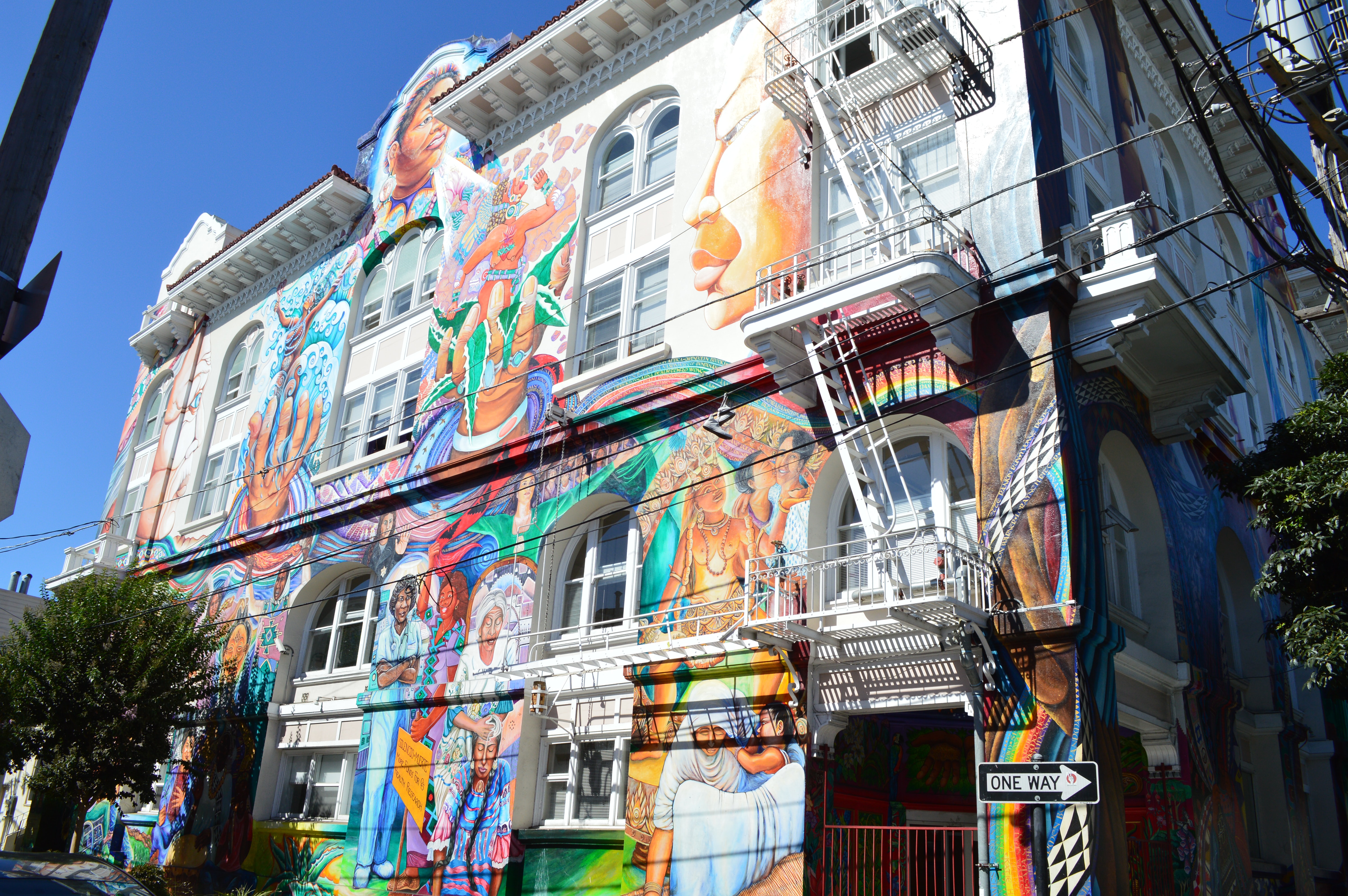 The famed Mission District Murals prove that art can be found just about everywhere in San Francisco. The Mission Murals, in addition to being breathtaking, offer social commentary while paying tribute to Mexican culture and famed Mexican artists like José Orozco and Diego Rivera.

9. Flock with the Telegraph Hill Parrots

Parrots? In San Francisco? This might sound too zany even for a Hollywood plotline, but the truth is often stranger than fiction. What is now a flock of over 200 wild parrots started as a pair of escaped lovebirds (cherry-headed conures, actually) that found a new home in the Telegraph Hill neighborhood. The parrot posse has since expanded their territory, but we suggest you walk the Filbert Steps to get the full avian experience.

Our last must-see lies on the outskirts of San Francisco and is a lesser-known exhibit of Bay Area architecture. Opened in the late-1800’s, the Sutro Baths housed 1.7 million gallons of Pacific saltwater–making it the largest swimming pool in the world. Shuttering during the Great Depression, the site is now a relic of the past akin to something you might see in an Indiana Jones movie. Words don’t do the ruins justice, as the site is something you have to see to believe. 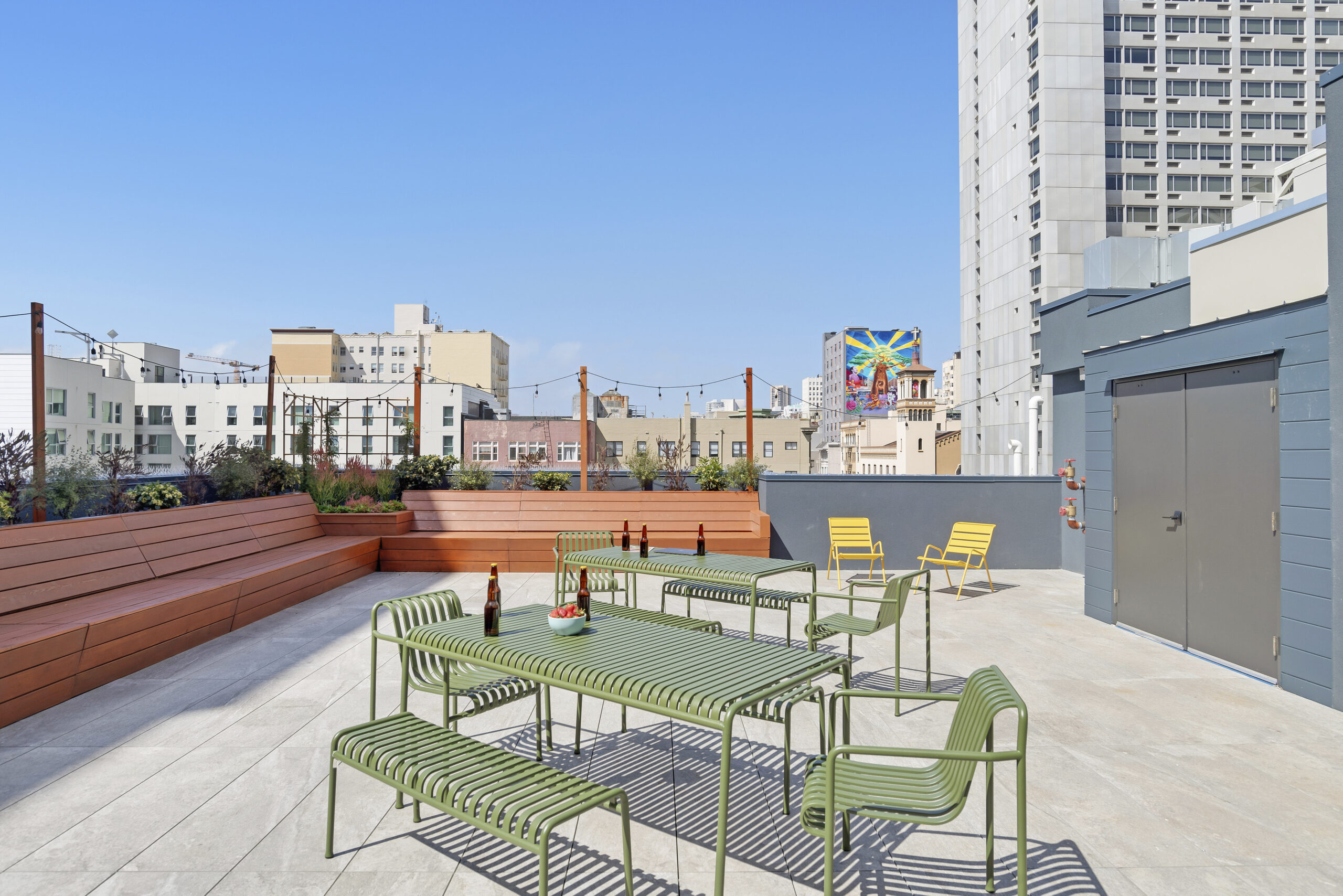 Planning out your first month in San Francisco? Explore our San Francisco homes and start discovering this cinematic city.