San Francisco bucket list: everything you should do and see your first month

From 2010 to 2017, San Francisco earned a spot as one of the fastest-growing cities in the country — experiencing a near-10% increase in population during the seven-year period. While there are certainly a number of factors contributing to the flock toward San Fran, the upward trend ultimately boils down to one key reason: San Francisco is a blast.

The 170-year old city-by-the-bay is one of the most iconic American destinations, with its unique architecture and unmistakable landmarks serving as set-dressing for many a romantic comedy — but there’s so much more to do and see in SF than visit a bridge or careen down an impossibly windy road.

We chose San Francisco as the site of  Common Powell because we knew that the only way to really experience all there is to do in San Francisco is by living there: so why not live the good life while you’re at it? With all inclusive rates starting at $2,200/month, respectively, and an expansive list of amenities — like included utilities, bike storage, WiFi, and on-site laundry — Common is easily one of the best ways to live in San Francisco.

Living at Common means you’ll have all the time in the world to experience San Francisco, but here’s what you should do and see during your first month. 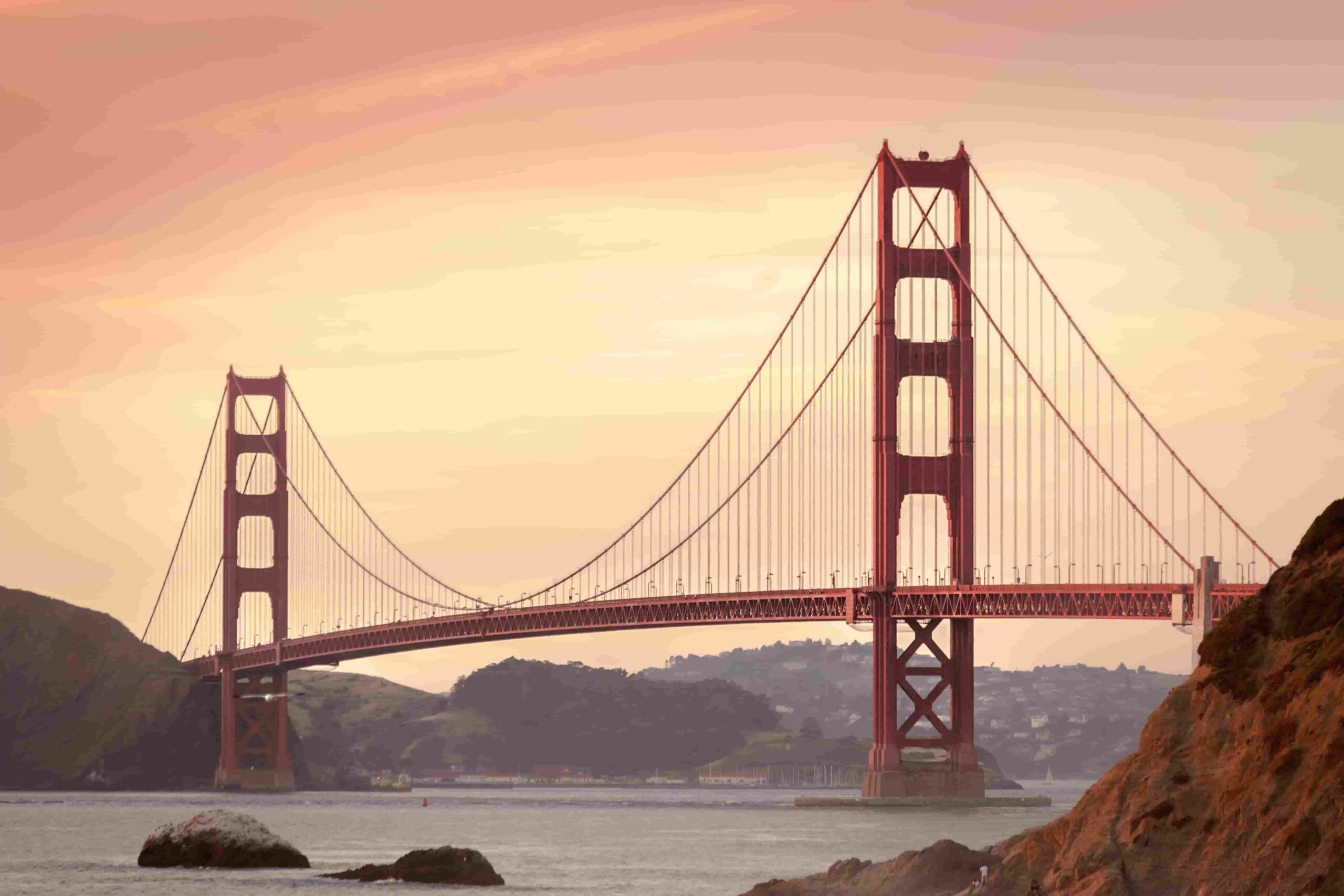 There’s absolutely zero shame in taking in the more touristy attractions when moving to a new place! And while San Francisco may lack a Times Square-level tourist attraction, there are still plenty of attractions worth seeing — even if only for the sake of saying that you’ve done it. The obvious ones like the Golden Gate Bridge, Alcatraz Island, and the pretty (and popular) Painted Ladies are worth seeing at least once, but the marketplace inside the historic Ferry Building might just elevate it to regular haunt status. The Ferry Building was the gateway to San Francisco during the Gold Rush, and now it’s a great place to stroll while you sip a flat white from Blue Bottle — all while thinking about how much you, too, have changed. 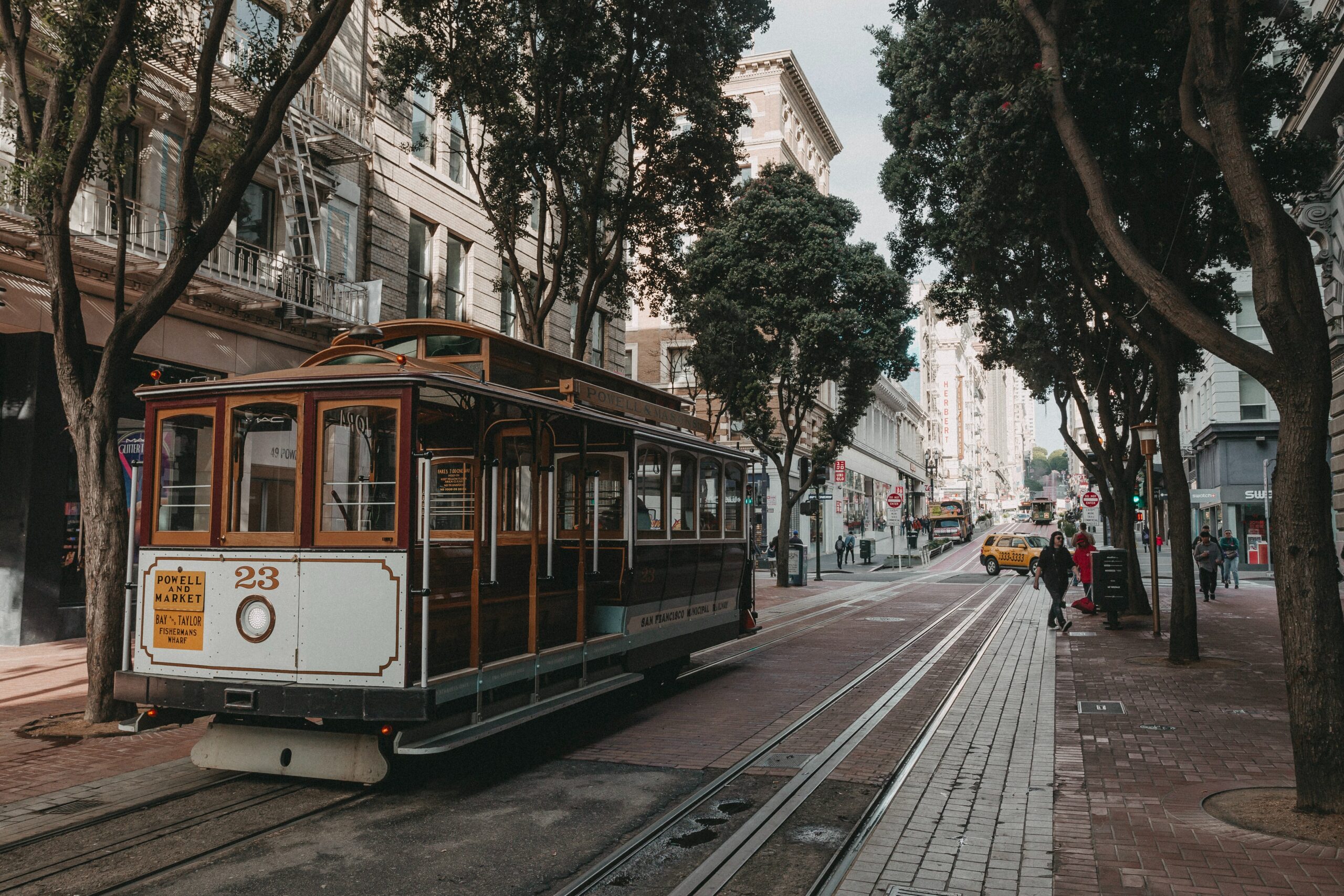 Now that the more obvious stuff is out of the way, let’s move on to the weirder side of our bucket list. A city as eclectic as San Francisco is bound to have a few oddities, and The Golden City has too many to count. To start, Musee Mecanique is a tribute to the rare and strange — housing a collection of over 300 coin-operated oddities. More run-of-the-mill fortune-teller machines (the original vibe check?) are interspersed with self-playing pianos. Honestly, you need to experience this oddity in order to fully comprehend its strange-ness. Less odd, more artsy are the 16th Avenue Tiled Steps, a 163-step neighborhood art installation. The cascading mosaics punctuate a lush landscape, and are evidence that beauty (and oddity) is just about everywhere in San Francisco. 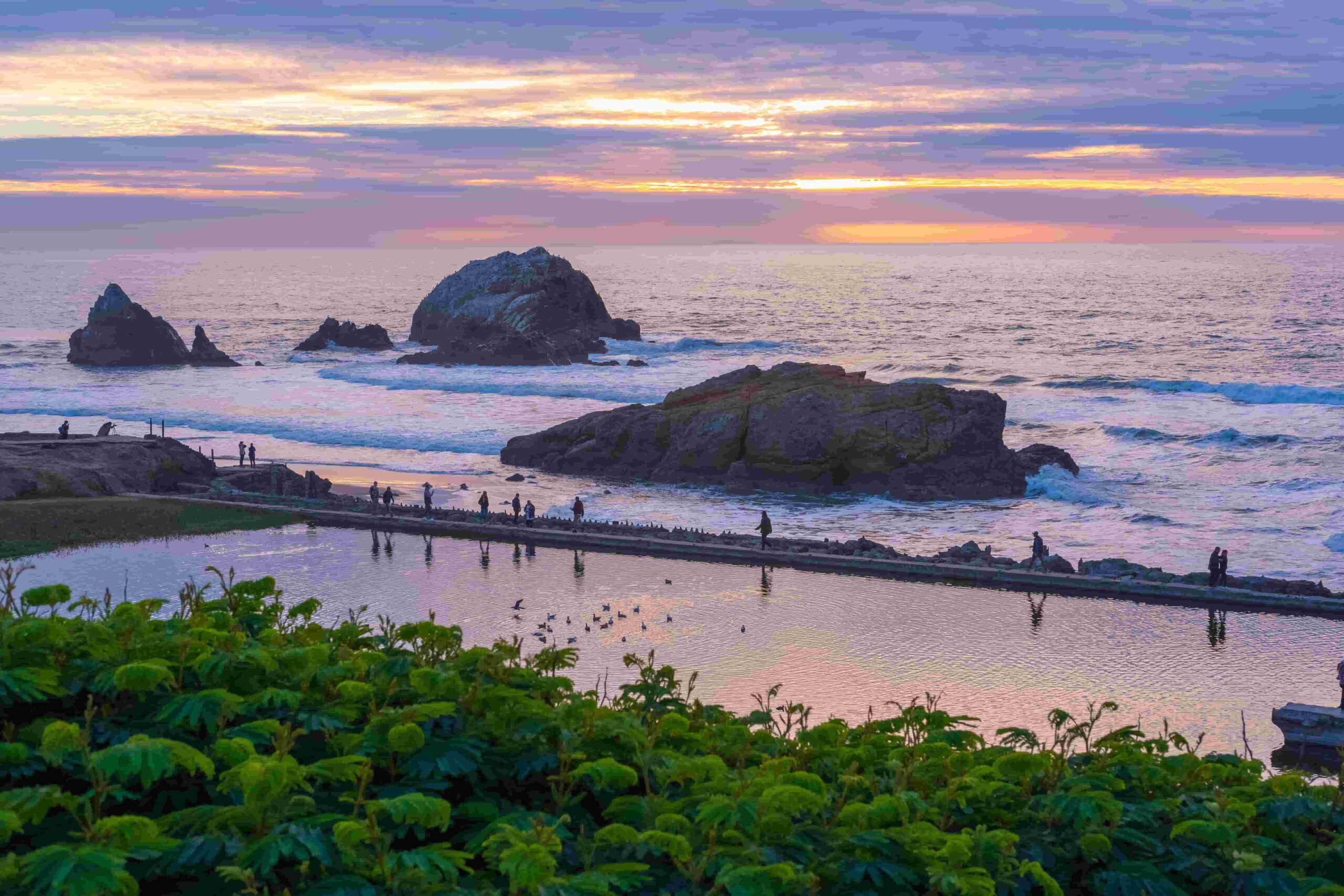 Though San Francisco’s countless breathtaking greenspaces might just take the duration of your lease to experience, there are a few places we’d prioritize if we were you. First on our list is Golden Gate Park’s 1000 acres of vibey, verdant outdoor space. Effectively bisecting San Francisco — and including other bucket list destinations like the Japanese Tea Garden and The Bison Paddock — Golden Gate Park is worthy of several visits within your first month. To the east of Golden Gate Park lies the intersection of outdoorsy and odd: the Sutro Bath Ruins. The Baths, once accommodating up to 10,000 swimmers at a time, now sit in decay after a century of Pacific seaspray. Our words can’t possibly do the Sutro Bath Ruins justice, so be sure to schedule your visit ASAP. 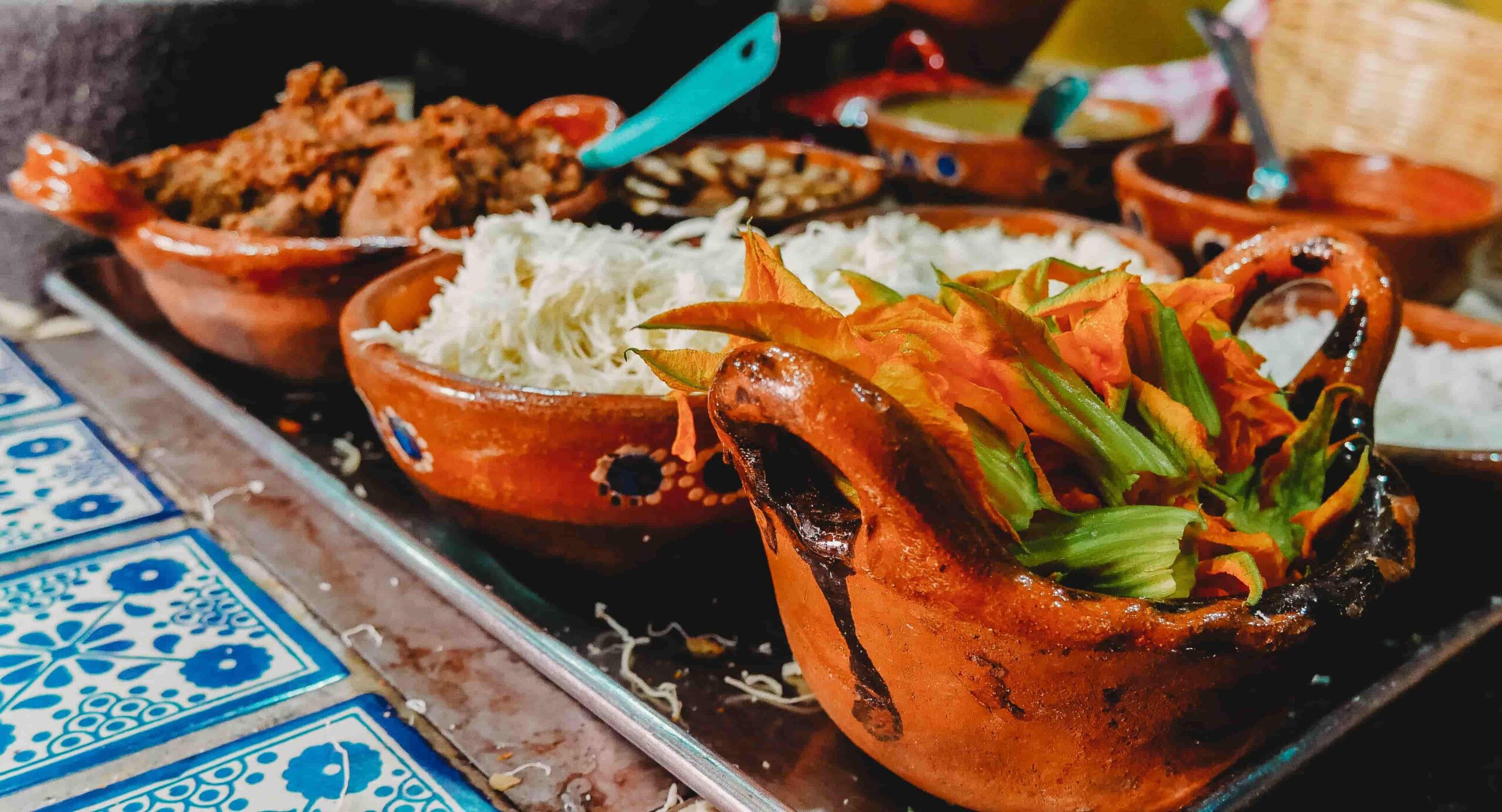 Did you think we weren’t going to include grub on our San Francisco bucket list? C’mon, you should know us better by now! Fortunately for those hungry bucket-listers out there, San Francisco is a virtual food paradise. The SoMa neighborhood boasts District Six (formerly SoMa StrEAT Food Park), a destination for all things indulgent. While the space has evolved from what was basically a food-truck parking lot to more of a marketplace, the aromas from Roli Roti and Lobsta Truck are still ever-flowing. In Common Powell’s neck of the woods, best-in-the-city slices are slung at Del Popolo while Korean-Mexican alchemy at the aptly-named Tacorea might just change your life. Fuel up at these San Francisco eateries, triumphantly tackle your bucket list, and thank us later!

What will you check off first? 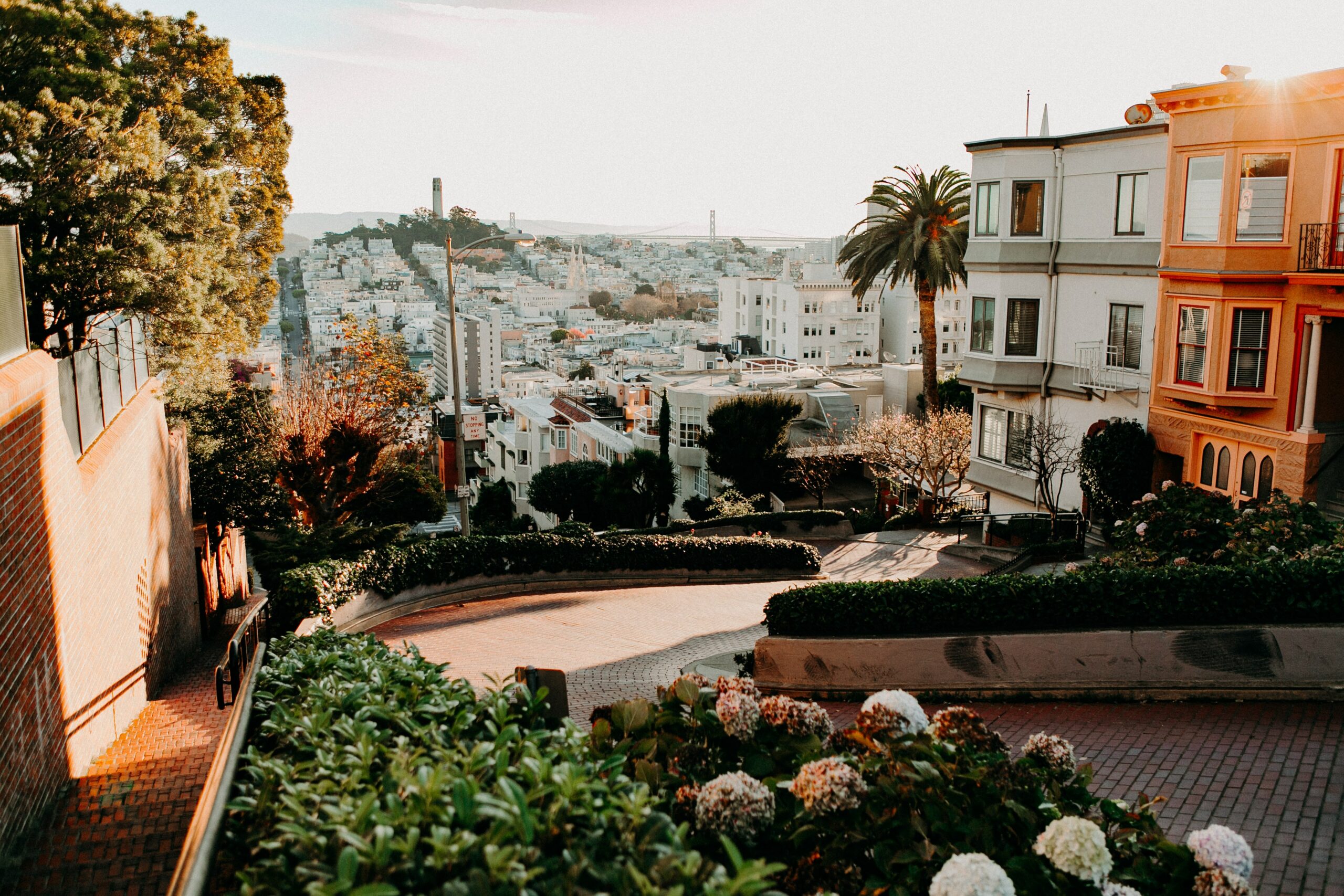 With so many things to see and do in San Francisco, it can be difficult to know where to start. Fortunately, Common Powell residents are right in the heart of the action — and these one-of-a-kind San Francisco attractions are all within arm’s reach. Discover our San Francisco homes, and figure out which Bay Area bucket list item to check off first!