As the sixth largest city in the United States,1 Philadelphia is currently home to over 1.6 million people.2 Whether you’re considering adding yourself to that list or simply visiting while on vacation, the City of Brotherly Love has something for everyone. It boasts a rich American history, a diverse food scene, and lively entertainment.

There are many places to visit in Philadephia but despite being a large, bustling city, it’s also home to over 300 parks and gardens.3 These scenic spots are lovely places to have a picnic, stroll around with friends, or simply unwind on a day off.

If you’re wondering which parks are worth a visit, you’re in the right place. Below, we’ve compiled a list of five of the best parks in Philadelphia. 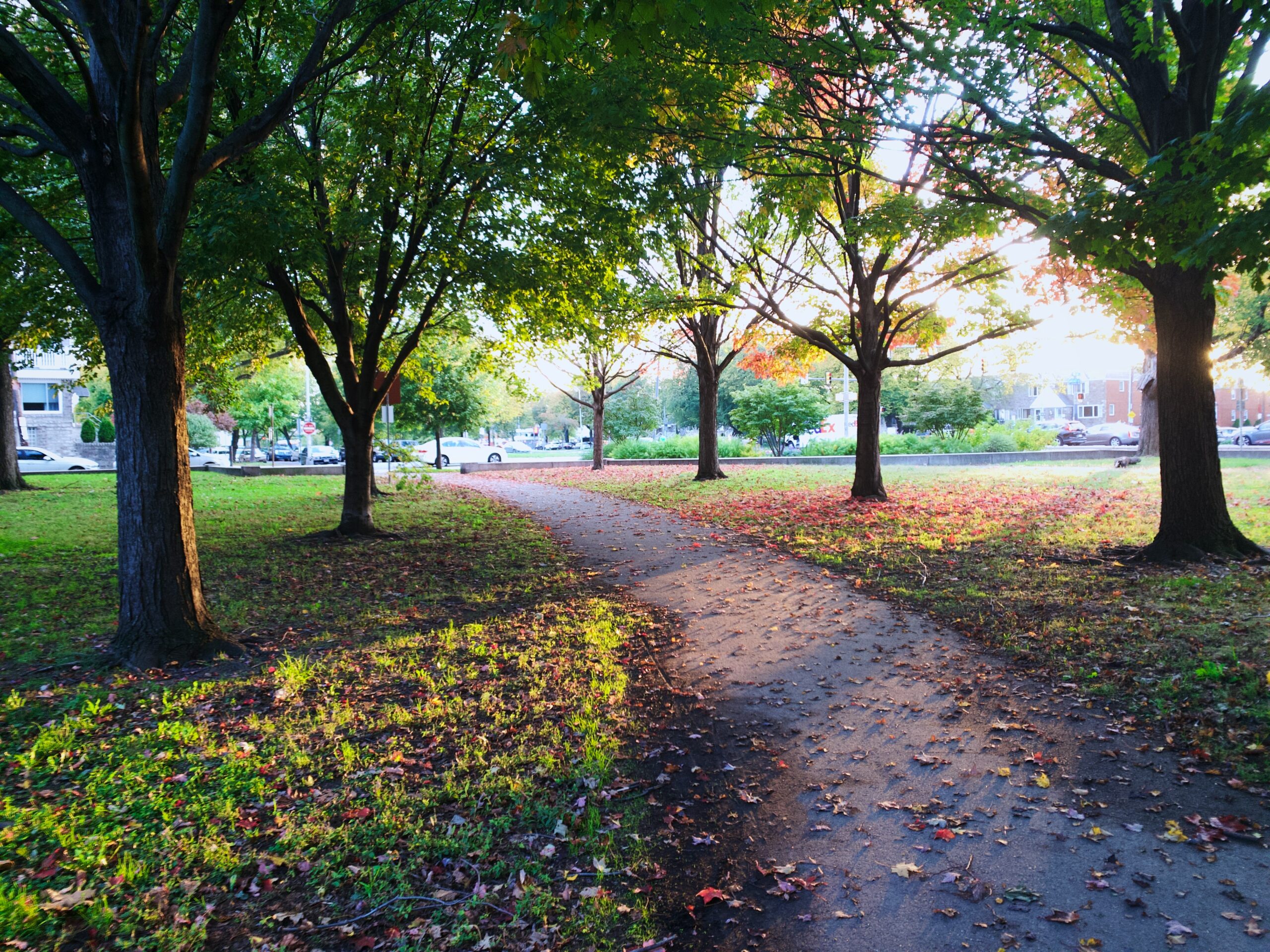 Designed in the 17th century, Franklin Square is located in Center City and is one of the five original parks created by Philadelphia’s founder, William Penn.4

Another must-see park in Philadelphia is Dilworth Park. Located on the west side of City Hall, this outdoor space has undergone a recent $55 million renovation to increase green space, provide access to the disabled, and make the city’s transit system accessible from the park.5

Dilworth Park is now a go-to gathering place for fun and excitement. It has an ice-skating rink that doubles as a roller rink, depending on the season. If skating isn’t your thing, Dilworth Park also hosts plenty of outdoor movies, musical performances, and even some festivals from time to time.

Dilworth Park also has an on-site cafe, making impromptu picnics that much easier. If you want to get some remote work done during your picnic, you’ll be happy to learn that there’s free WIFI available throughout the park.

Home to the Fairmount Park Conservancy, Fairmount Park is an expansive park system that spans over 2,000 acres.6 It’s the largest urban park in the U.S., making it a perfect reprieve from Philly’s busy city streets.

Divided by the Schuylkill River, Fairmount park features waterfront views, as well as miles of forest-shaded walking and hiking trails. And its open, rolling hills make it one of the best parks in Philadelphia for picnics.

There’s a lot to explore, too. Here are just a few of the attractions and activities you’ll find within Fairmount Park:

Situated alongside the Delaware River in West Philadelphia, Spruce Street Harbor Park is a summertime oasis that’s only open from May through September.7 It’s one of Philly’s most eye-catching parks, thanks to its brightly lit technicolor trees and picturesque floating gardens.

As long-time residents can attest, Spruce Street Harbor Park is a perfect place to relax. You can swing in its colorful hammocks, reserve a riverfront lounge, or walk underneath its canopies of LED-lit trees.

Rittenhouse Square is another one of William Penn’s five original park squares.8 Named after the astronomer and clockmaker, David Rittenhouse, it’s located in the heart of one of Center City’s most exclusive neighborhoods. It’s close to some of the best restaurants in Philadelphia, quaint coffee shops, and luxury shopping.

Locals who live in the surrounding area’s high-end apartments often stop by Rittenhouse Square to enjoy a green reprieve from the city’s hustle and bustle. Though small in size, this park is impeccably decorated with:

Located in South Philly, FDR Park is a prominent park overlooking the water. This park is significant as it is not only the largest park in the South Philly area but it also reflects the city’s diversity in racial, cultural, and economic aspects. Whether golf, fishing, or playing sports is on the agenda, the park offers many attractions. FDR Park is also home to the American Swedish Museum.

Make the Move to Philly Stress-Free With Common 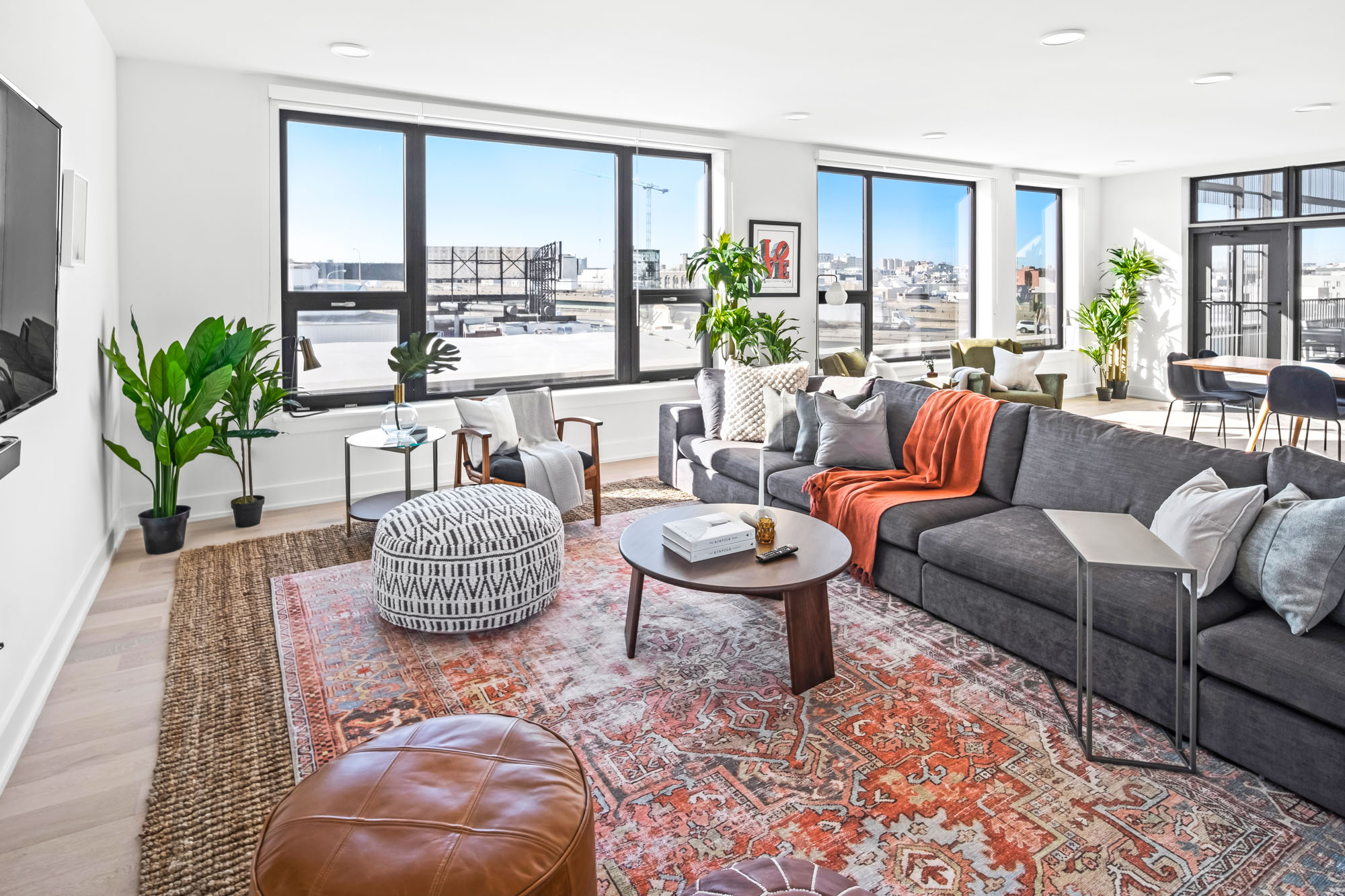 From Washington Square to Fairmount Park and Benjamin Rush State Park, Philadelphia has an abundance of green spaces that offer a bit of reprieve from Philly’s bustling streets. To make your transition into Philadelphia as easy-breezy as its many parks, consider Common.

We can connect you with the perfect Philly rental that suits each of your city-dwelling needs, whether you’re looking to settle down parkside or reside in the city center.

Common Civic and Common at Broadridge, which are located in the art district, offer all-inclusive private and coliving spaces, with culinary and cultural treasures just steps from your front door. However, if you’re looking for a bounty of hip distilleries, galleries, venues, and restaurants, Common Frankford may be more up your alley.

Each of our rentals is beautifully furnished and include household essentials, all for one flat rate. The best part? Philadelphia is home to a growing community of Common renters. As you integrate into your new hometown, you can use the Common app to mingle with fellow renters, establish your new circle, and even plan a park picnic or two.

Find your home with Common today.