Trying to decide between leasing in Minneapolis vs St Paul? Saint Paul is a regional economic hub and the state capital of Minnesota, perched on high bluffs facing a bend in the Mississippi River. The Minnesota State Capitol and state government headquarters sit atop a hill near the city’s downtown section. Saint Paul, one of Minnesota’s oldest cities, is noted for its cold, snowy winters and hot summers.

While being part of this vast metropolis, Downtown St. Paul has a small-town vibe. In the 2014 United States census, it had a total population of 12,179. The relaxed atmosphere is noticeable and appreciated. Friendly inhabitants, historic charm, and dazzling tree-lined alleys abound in this charming locale.

The majestic Minnesota State Capitol, with tons of memories, as well as prominent performing arts venues and institutions like the Minnesota History Center and the Science Museum of Minnesota, all dot the bustling Downtown Saint Paul. Close by, walking and cycling routes stretch alongside the Mississippi River. Elegant bistros, coffee shops, and a historic art deco diner are among the dining and drinking options, as are hip brewpubs with live music. 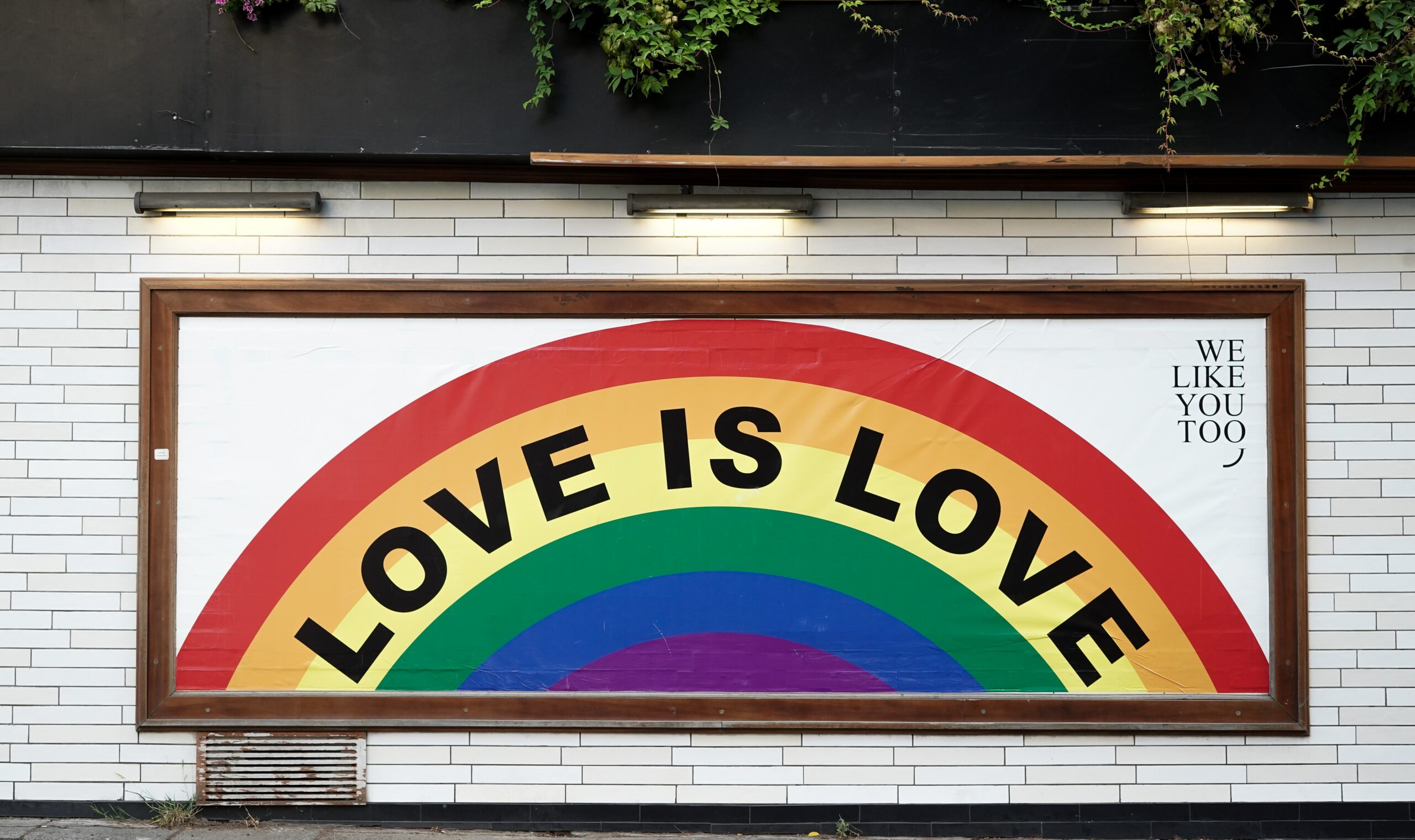 The core of downtown Saint Paul pulsates with a tradition of entertainment, nightlife, culture, art, and legendary figures. The colorful and fascinating tales of Minneapolis culture have left a long-lasting imprint. There are lots of pubs and restaurants to choose from whenever you want to dine or experience the nightlife. Let’s not forget the beautiful river vistas and thriving theatrical scene.

Some of the most popular attractions in Downtown St. Paul include:

The Minnesota State Capitol features a broad range of ornamental art, tapestries, and paintings going back to the building’s construction in 1905. Visitors, guests, and residents can enjoy free 45-minute guided tours on the weekdays.

Rice Park, neighboring the Ordway and the Landmark Center, hosts the Flint Hill International Children’s Festival in the summer and is an epicenter of downtown activity. It is one of the best places to grab a hot dog or snap photos with Peanuts sculptures.

The Children’s Museum is a hands-on learning and playing environment for young children. The freshly-remodeled museum features a four-story vertical play area where youngsters can climb, bounce, and slide. The museum’s exhibits primarily focus on engineering, creativity, crafts, and if you are in for a little snack, you can always indulge in the museum’s café.

The Minnesota History Center satisfies your curiosity about Minnesota’s history, inhabitants, and landscapes through intriguing exhibitions, live performances, thought-provoking programs, and action-packed discoveries. Guests can visit exhibitions that offer activities for people of all ages, from active discovery for kids to contemporary cultural insights that broaden your horizons.

The museum store has a wide variety of Minnesota-themed merchandise, gifts, souvenirs, jewelry, and publications, including the whole MNHS Press catalog. Market House Grab-n-Go will keep you fueled during your trip with a delectable lunch or snack.

Union Depot prides itself as “a home to celebrations much anticipated and long remembered.” Built along the Mississippi River in 1881 and restored in neoclassical style following a fire in 1913, downtown St. Paul’s transit hub is also a notable relic.

It is now a multi-purpose event space that holds anything from pop-up coffee shops and yoga sessions to fashion exhibits and weddings. Here you can revel in the 10 works of public art on display or have a picnic while watching the trains and planes fly past.

Other attractions include the CHS Baseball field, the George Latimer Central Library featuring a floor named after F.Scott Fitzgerald, a 20th-century literary icon born in St. Paul, the Irish Fair of Minnesota, and the Twin Cities GLBT Pride celebration, among others. 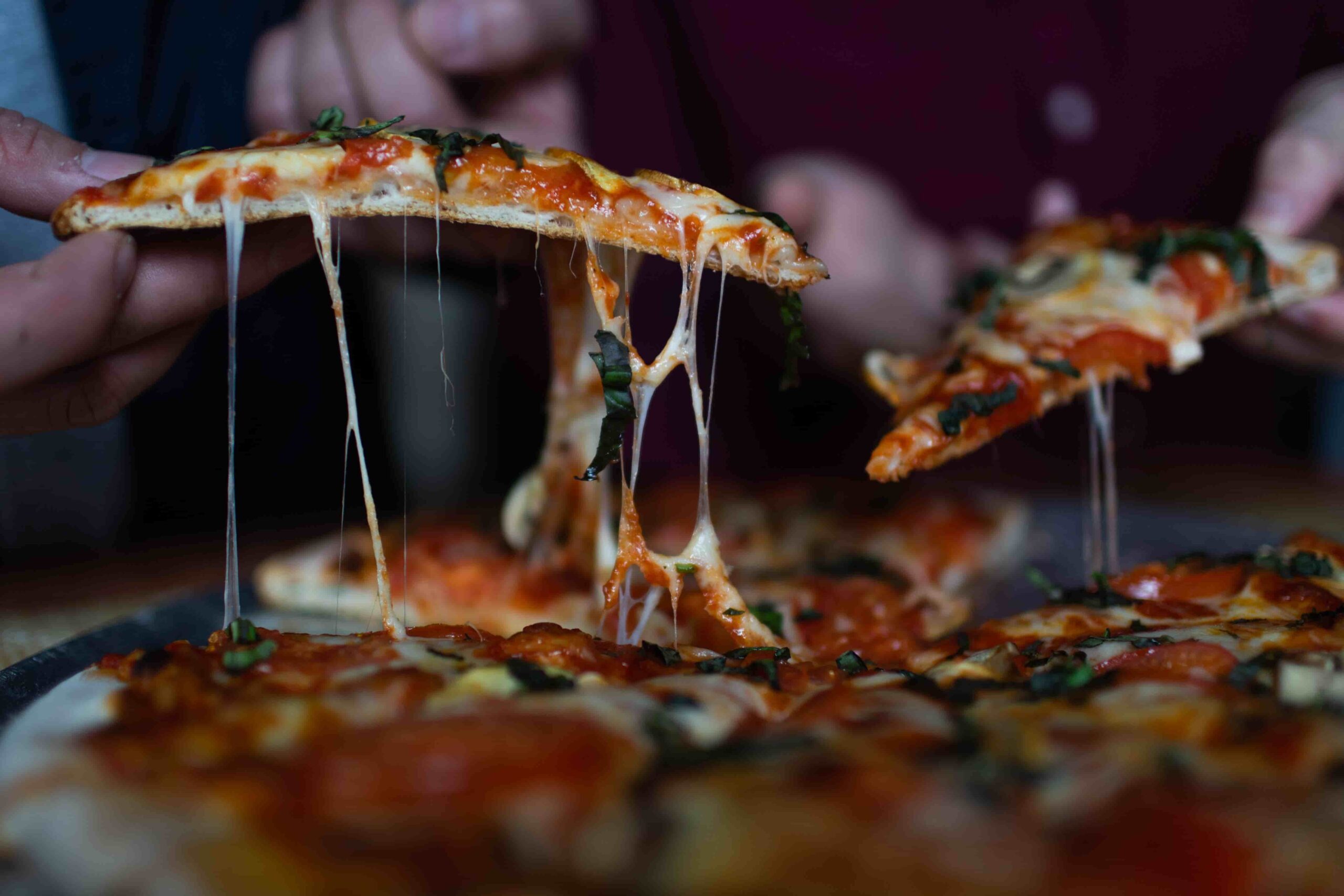 St. Paul is home to numerous restaurants and cafésto delight your palate. Some of the best places include:

The freshly expanded Cossetta Alimentari is a magnificent reincarnation of a typical Italian marketplace, both inside and out. You can now easily find a seat in the 300-seat Eatery & Pizzeria and grab a slice right away. Alternatively, you can take your family and friends to Louis Ristorante & Bar on the third floor for pasta, dolce, and secondi. The Italian Market has also tripled in size, allowing patrons to try a hand at cooking their own masterpieces using only the finest imported products, making it one of the best places to eat in St Paul.

The seasonal New American cuisine at this Victorian-styled destination focuses on lighter and bolder flavors. Even as its setting is historic, Forepaughs isn’t hesitant to experiment in the kitchen. The rooftop patio is breathtaking, and the bar serves a straightforward pub menu.

Mancini’s Char House features high-backed booths replete with red leather. Mancini’s customers are greeted with relish trays and strong drinks. There are comparable steaks in town, but there aren’t any finer steakhouses where you can still dance to a live band.

New Bohemia has perfected the art of beer and sausage in a counter-service environment. The craft beer menu is extensive and the sausages are distinctive. You may stroll into the Truck Park through an adjoining door and nimble up to several themed trucks to get street food delicacies like ribs and pizza to carry back to shared tables. The garage door walls open up to street-side seating with a central bar on site. 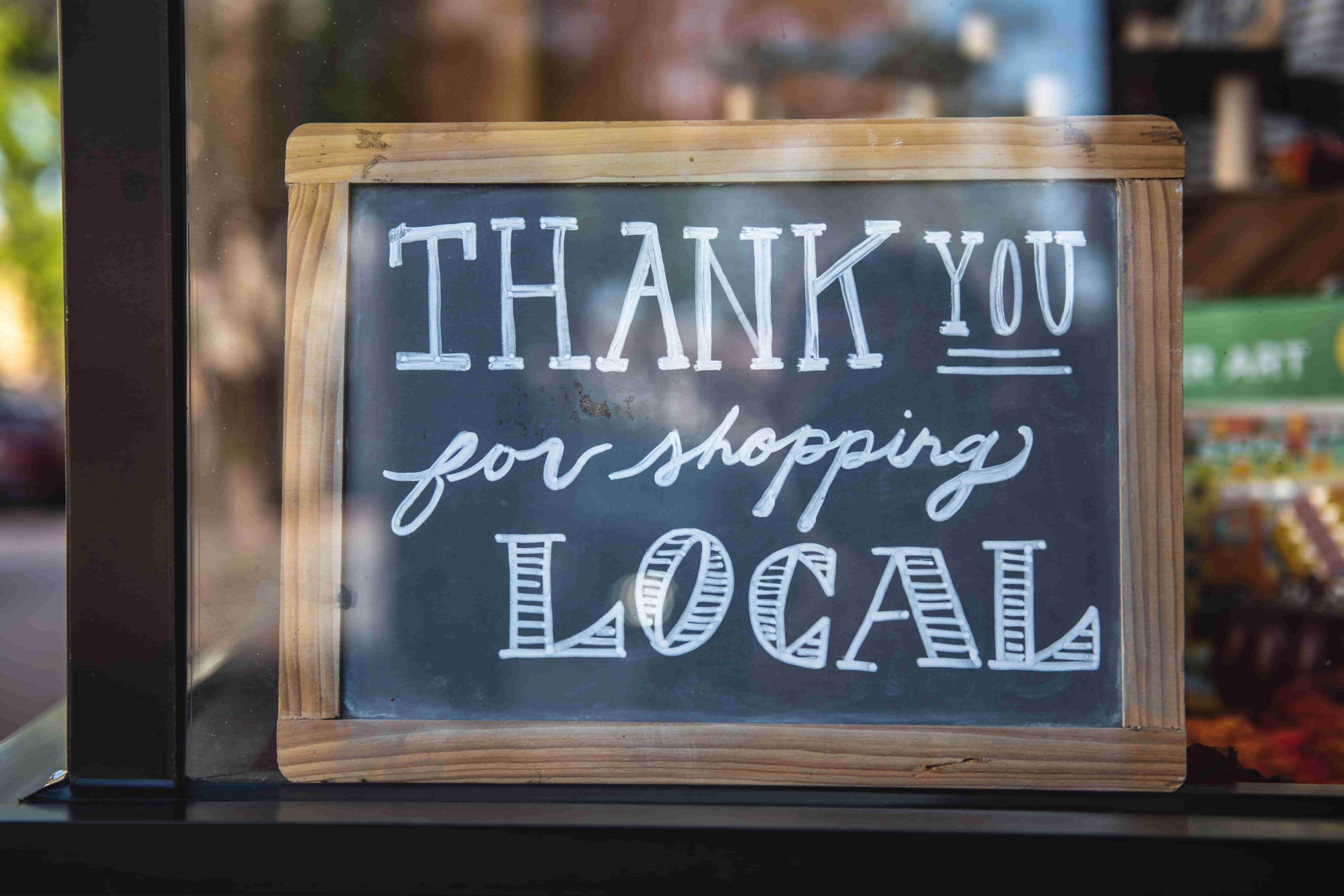 While Downtown St. Paul isn’t the same as downtown Minneapolis when it comes to shopping, it has a decent offering. A large Macy’s, a Sears shop, and several smaller retailers can be found on the outskirts of downtown. During summer, the main St. Paul Farmers Market is held in Lowertown, the eastern part of downtown, on Saturdays and Sundays. A satellite farmer’s market is hosted at the Seventh Place Mall on Tuesdays and Thursdays. 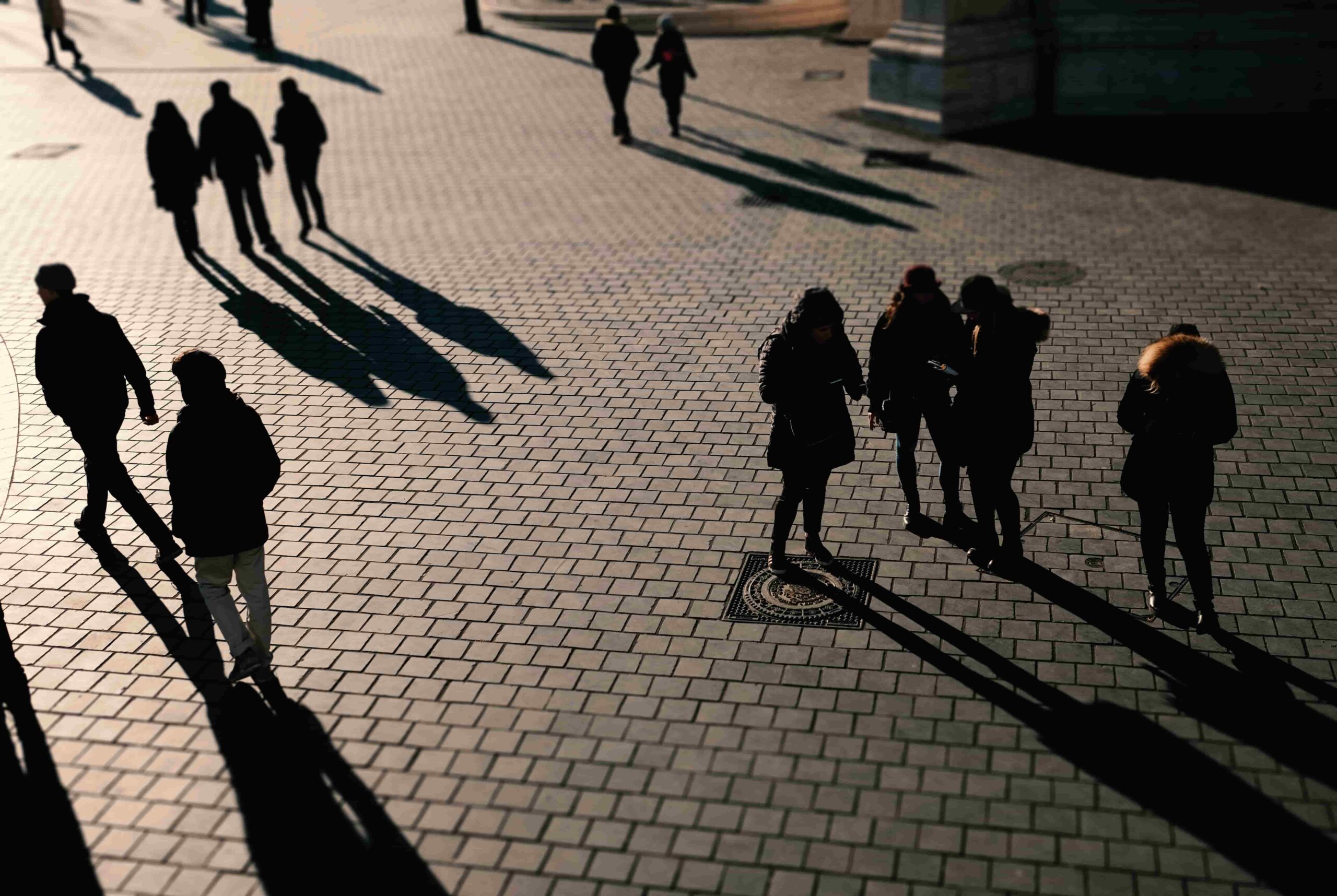 Walking: Walking is frequently the most convenient mode of transportation in Downtown St. Paul. The skyway system links the most significant buildings and attractions in the compact downtown.

The Saint Paul Skyway is a public pedestrian walkway connected to the city’s broader transit infrastructure. The system promotes downtown economic life by allowing people to traverse the region in all weather conditions, while also allowing developers to build retail and office space adjacent to the concourse.

Driving: Parking ramps are abundant. Almost all parking on the street is metered. If you frequently park at meters, a rechargeable parking card comes in useful. On Sundays and in the evenings, parking meters are free.